The 2019 Range Rover Evoque is here! It’s more stylish and handsome than the old Evoque, the inside has been completely redesigned with new leather interiors and state of the art technology features ...

At first glance, the 2019 Range Rover Evoque might look similar to it’s outgoing predecessor, but in reality it’s undergone many significant changes from the outside. In fact, the only thing that’s been carried over from the last model is the door hinges.

The Evoque gets slimline LED headlights, and wraparound side and tail-lights, which makes this edition look more stylish and sophisticated than ever before! 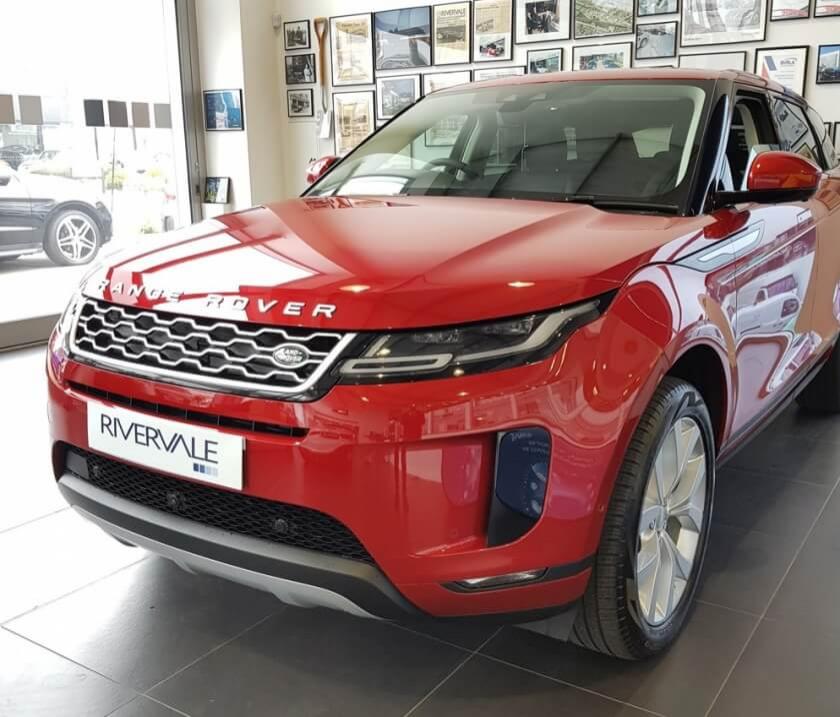 “The New Range Rover Evoque is an example of ‘reductive design'"

Inside, the Evoque looks way more luxurious than last years model, in fact, it looks more like the Velar which was revealed in 2017. Almost every inch of this head turning car is drenched with leather, including the seats, the dashboard and even the inside of the doors. You can choose from two 10-inch infotainment systems: Touch Pro or Touch Pro Duo. Most impressive is Land Rover’s Touch Pro Duo, which brilliantly integrates two 10-inch touchscreens that sit on two separate levels of the dash - one higher and the other lower. The high touchscreen isn’t too dissimilar from other traditional touchscreens, but the lower one is what really catches buyers eyes. The higher touch screen operates the cars navigation and media, while the lower one operates things like the cars climate control and driver settings. Both touch screens are extremely quick and intuitive, meaning driver experience is at its best whilst on the road. There is also a 12-inch digital instrument cluster behind the steering wheel, which displays the digital speedometer and tachometer, plus other driving information. 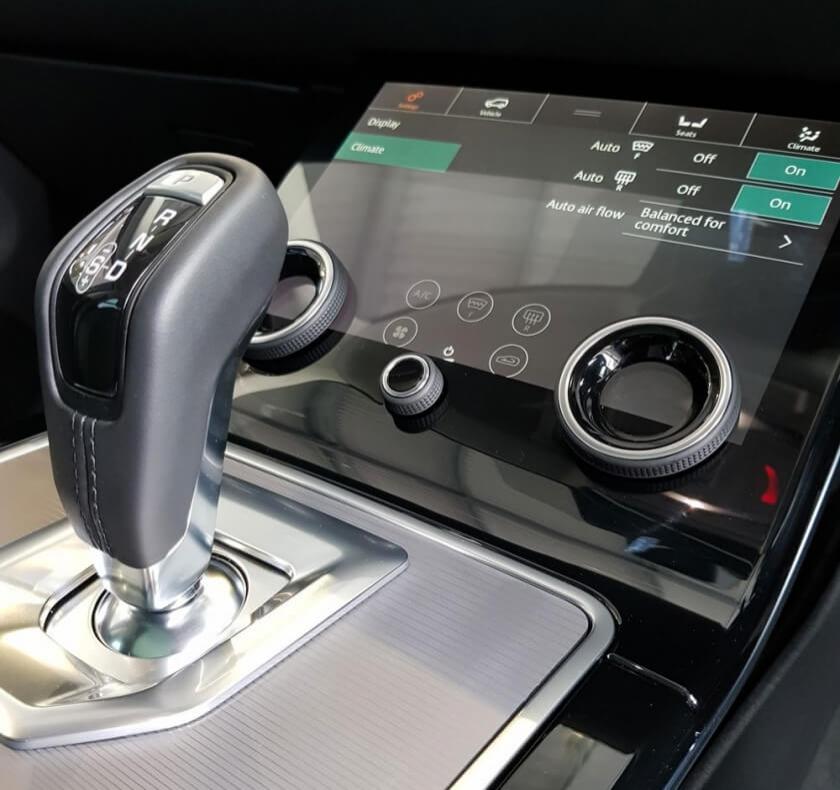 If you have any passengers in the backseat of the car or you want to fit any large items in the boot and you’re concerned that your view will be blocked from your centre mirrors, don’t worry. Land Rover have included a special switch in the centre mirror whereby when you flick it on, it’ll transform into a high definition screen which shows a clear view of the road behind, all thanks to a rear facing camera.

Another piece of fancy innovative tech is the Clear Sight Ground View, it uses cameras in the front grille and on the door mirrors to show a “through the bonnet” view of the ground below on the infotainment touchscreens. The touchscreen will also display see-through wheels so that you can clearly see where the rear wheels are heading and whether or not you’re hitting the curb. For those who like to keep their expensive alloy wheels in pristine condition, you’ll find this feature very handy.

Lastly, the all-new Evoque learns how you’re set up as a driver - meaning over time it’ll learn to adapt to your driving habits and will even be able to identify you by your phone or keys. This is called Smart Setting Technology. Let’s say you like your steering wheel positioned a certain way or your seat closer to the pedals, the technology will learn these habits over time and adapt accordingly. 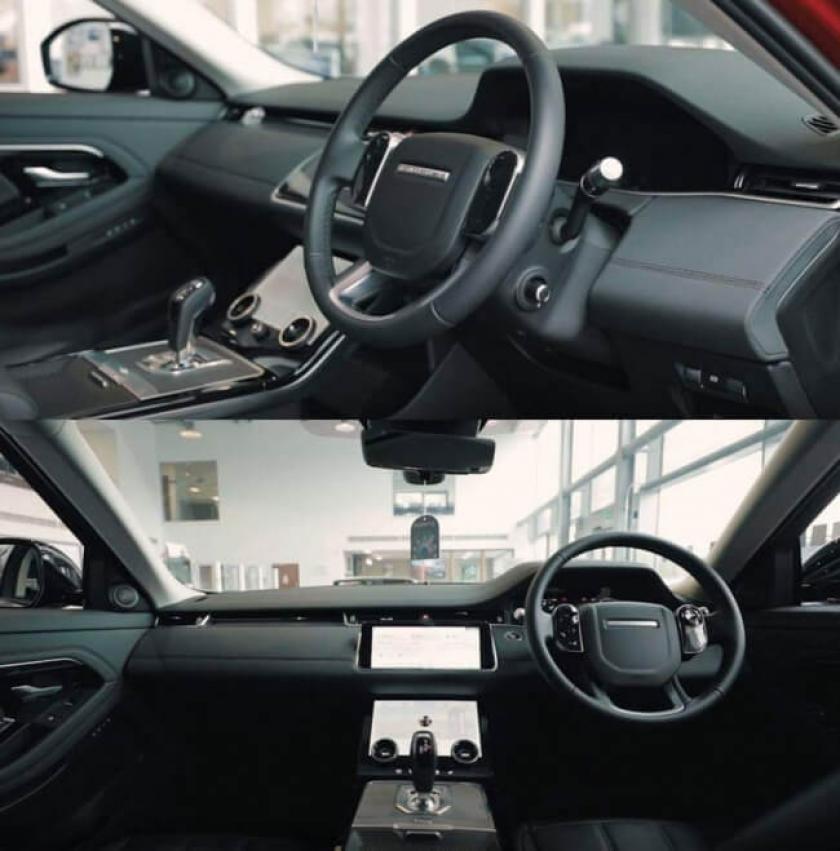 It sits on a new platform called Premium Transverse Architecture (PTA), which has been designed to house various electrified powertrains across both Jaguar and Range Rover with transverse engines. Land Rover says the body is 13% stiffer than the current model, meaning improved refinement and handling. Since the Evoque is more popular amongst motorists travelling in the city, it gets the same 4.37 centimetre length as the last version (150mm shorter than theAudi Q3) but the 2019 version has a 20mm longer wheelbase to create more legroom in the back. Critiques judged the Evoque as being too small from the inside with limited leg room hence why these alterations to the wheelbase have been made. Additionally, the rear doors are bigger, which makes it easier for people to enter, and there is an extra 10% boot space than the previous model - 591 litres to be more specific.

All models of the evoque range will be powered by JLR’s 2-0 Litre Ingenium engines, in both diesel and petrol. Most of the models will be a 4-wheel drive (4DW) and automatic; the only model which will come as a 2-wheel drive (2DW) is the 148bph manual gearbox D150 diesel. These car’s will get a 48v mild-hybrid (MHEV) system to boost fuel economy.

There are also future plans for a plug-in hybrid to join the range, and it’ll be able to travel moderate distances on just electric power, using a 3 new cylinder petrol engine. Among other refinements, the latest Evoque can drive through 600mm of water rather than 500mm with the previous model.

Anybody been swimming in a car before? - check out the below video from AutoTrend ...

What are your thoughts of the 2019 Range Rover Evoque?