From the early excitement of new car and van models, to a global pandemic - 2020 has been quite the ride. The automotive industry has had to adapt, and quickly. But despite a very odd year, there are still some celebrations to be had. There are the usual new model launches along with developments to electric cars and changes to the way we drive.

Here’s our round-up of the good, the bad and the ugly car and van related news from the ever-evolving year of 2020.

What better way to start the year than to mention the What Car? Awards of 2020 and their pick of the best in show? For the sixth year in a row, it was all hail the Ford, starting with...

Winning the coveted Car of the Year award, this crossover SUV was commended for its driveability, smart packaging and pretty affordable price. Not to mention extra points for its ability to showcase an unbeatable economical side in real-world driving, thanks to its mild hybrid technology. 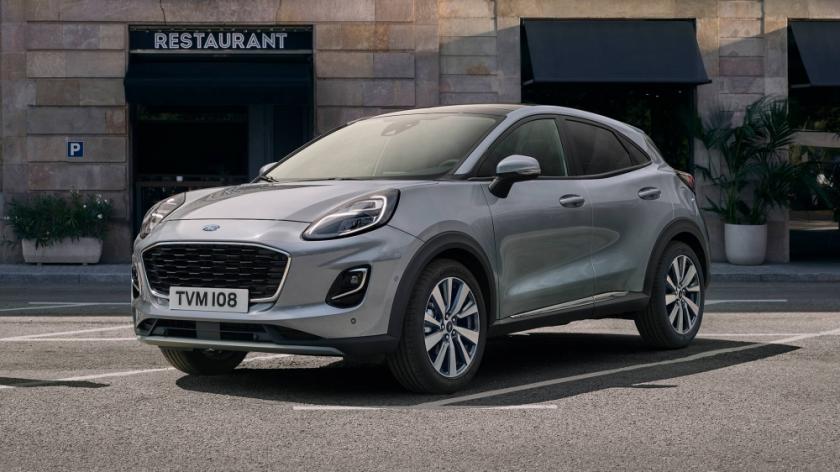 The Land Rover Defender - scooping the Reader Award as voted for by the public.

The BMW 5 Series - winning best luxury car (more on this one later).

After an exciting start to the year, the green light was firmly on, as Plug-In EV car sales more than doubled. In fact, sales of BEVs pretty much tripled. The total number of Plug-In car registrations at this point was sitting at an impressive 4,566. An increase of 117% year-over-year at a market share of 5.9%. Not bad for the environment, and the EV arena, at all.

February saw the unveiling of the new Hyundai i20 while Citroen rolled out their Ami electric city car (more accurately known as an electric quadricycle)… sadly only onto the streets of France. But drivers keen to adopt their own Ami for a ride on the UK motorways may not have to wait too long as the firm announced they could register their interest for the time being.

In other more sombre news, the Ford Ranger 3.2-litre was discontinued but more eco-friendly 2-litre engines looked set to replace the current models later in the year.

We can’t round up the year without mentioning the Covid-19 pandemic and the effect this has had on the auto industry. And in March 2020, the emergency brakes were pretty quickly slammed on due to a rapidly rising number of infections.

With a halt on manufacturing, purchases and changes to employment, the industry has seen effects that will last beyond the year. It was also the first lockdown the UK experienced, with detrimental effects.

UK car sales saw a rapid decline in the wake of coronavirus as lockdown hit and consumers were forced to tighten their belts. Many UK van service centres remained open but mainly for essential servicing and repairs. 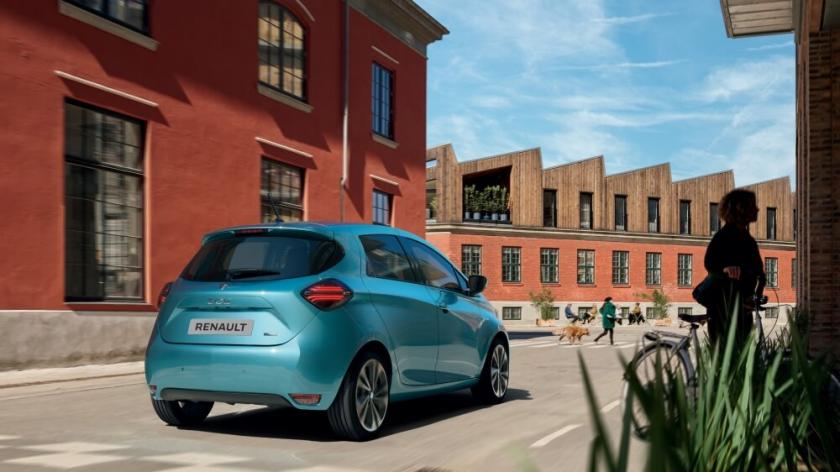 There was some more uplifting news in the car and van world, however, with the unveiling of the new Renault Zoe and some mysterious photos of the new Mercedes Citan, due to emerge from the showroom shadows in 2021.

However, the brokers, leasing companies and dealers in the industry have all successfully adapted their process to provide “business as usual” while being COVID-19 compliant.

As the scale of the pandemic was becoming more apparent, the auto industry had to act quickly when it came to its events schedule. Due to take place on 28-30 April 2020, the Commercial Vehicle Show was unfortunately cancelled due to Covid-19, with hopes it would resume again the following year.

The industry also saw a dramatic 99.7 per cent year on year fall in production, as all vehicle manufacturing plants had no choice but to close, due to strict Government guidelines, throughout the month. In addition to this, new UK car registrations fell by a huge 97%.

In bids to try and drive home some positivity, Ford decided to deploy a 131-strong fleet of Transit vans to help in the fight against the virus, the same month they turned 55 years old. Servicing 40 different organisations, they put their best driving foot forward to help as only they know-how. Further inspirational news came as Vauxhall announced they were extending their free breakdown cover to NHS workers.

And from cars to ventilators, it was declared that renowned brand SEAT, would be collaborating with the healthcare system to make automated ventilators with adapted windscreen wiper motors in order to help combat the virus.

April was also the month in which the Tesla Model 3 and the Jaguar I-Pace topped the UK bestseller list for car sales.

With showrooms set to reopen in June 2020, it’s time to list the top five most popular new cars for the month:

Not featured in this list but after winning best luxury car at the What Car? Awards of 2020 earlier on in the year, the BMW 5 Series received a striking facelift in May. From a reinterpreted front fascia with beaming new headlights and reshaped kidney grille to its extended integral active steering and new 18-20 inch wheels, it was an exciting revamp to mark hitting the middle of the year. 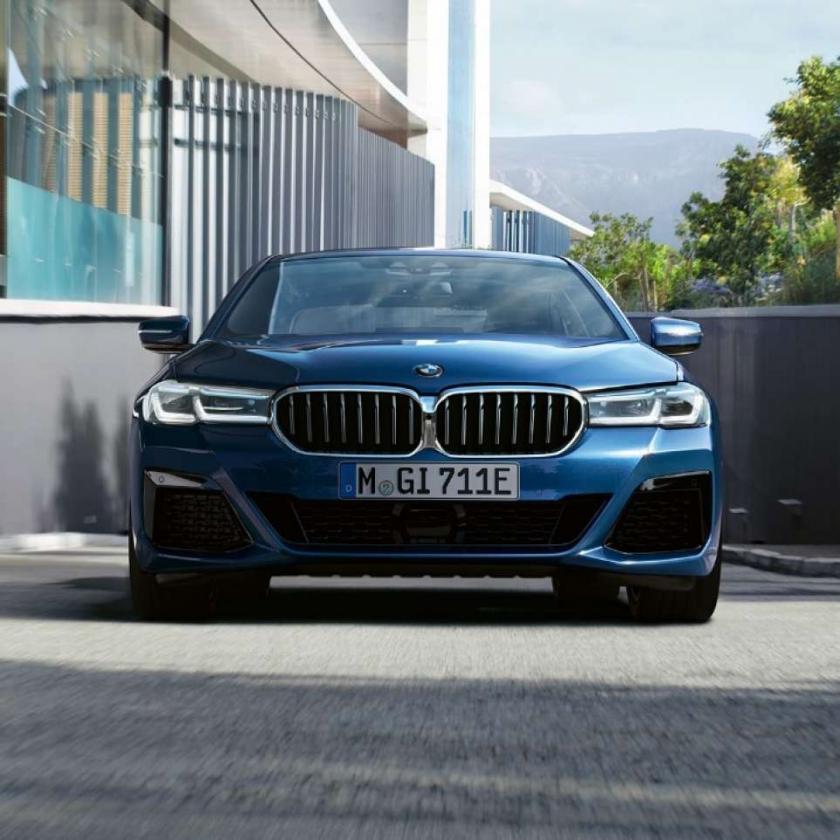 Due to a significant increase in delivery services - in an already increasing landscape - and the need for businesses to keep their vehicles in good working order, Ford increased its fleet of Mobile Service Vans by 25 per cent. And in more positive news in the car world, Fiat opened its registrations for their all-new electric Fiat 500.

Throughout these months, everyone’s foot was firmly on the eco-friendly pedal. From the electrification of the Maserati brand to EVs outperforming the new car market in July. The numbers showed a growth of 260% for pure-EVs and 320% for PHEVs, compared to the same period for the previous year.

And in August, the sale of EVs set a whopping great new record, as sales shot up to 78% in August 2020 vs the same period last year. 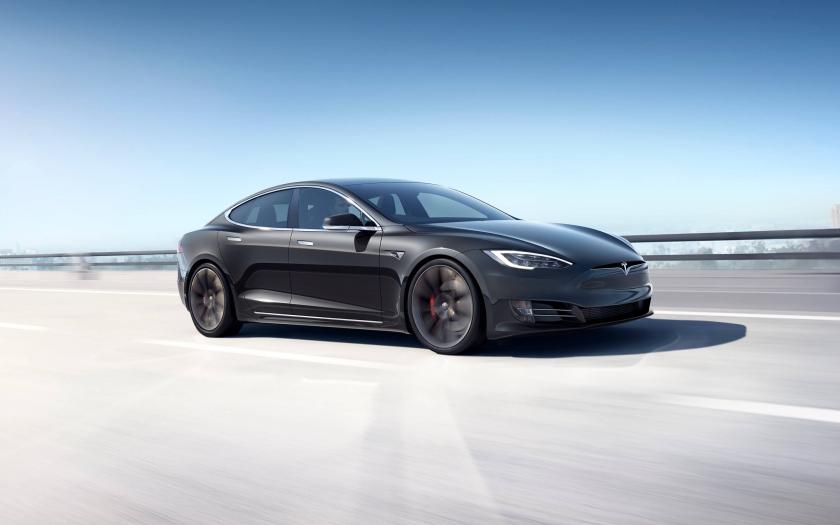 In van related news, there was applause all around for the Mercedes-Benz Vito, which showcased the results of its shiny new facelift. Offering a choice of two trim lines, a new generation diesel engine and the intelligent Mercedes PRO connect - a real-time vehicle monitoring system - it changed the game for small businesses at an extremely welcome time.

There was also exciting news in the world of self-driving cars, as the UK Government announced the potential introduction of such vehicles on the motorways in 2021.

In the absence of festivals, funfairs and other large scale events this summer, one industry that seriously felt the heat of the pandemic was indoor ice-cream sellers. Due to Covid-19 restrictions, many decided to move their business to the streets.

With this in mind, world-leading ice cream van manufacturers, Whitby Morrison, decided to order 55 classic Mercedes Benz Sprinter vans and transform them into bright and cheery ice cream vans to treat universal fans of ice cream in a socially distanced manner and help sweeten the sour effects of the pandemic.

In more general news, and in an effort to cut down on pollution, it was announced that four UK motorways would be in receipt of a reduced speed limit - down to 60mph. It was stated this was due to be assessed after 12 months.

And in no particular order, the following car models all benefited from a 2020 facelift in September:

On the 13th of the month, it was announced that the VW California range in the UK was bringing back its beach model. With two models on offer - the Tour and Camper - it arrived in the absence of a kitchen but included a pop-up roof and camping table with chairs. The perfect excuse, for those who can, to get away for a weekend with their bubble.

Another car model making an upgraded entrance was the BMW 4 Series Convertible. Flaunting the return of the desirable soft top, it makes for a much lighter ride and takes just 18 seconds to execute so its drivers were able to get out of the house and feel the wind in their socially distanced hair.

Sadly, in a not particularly great end to the month, the Society for Motor Manufacturers and Traders (SMMT) released the latest statistics for new car registrations. Falling even further by 1.9 per cent, the figures hit a nine-year low. The “firebreak” lockdown in Wales, which was introduced on October 23, contributed to this decline. Though electric sales continued to rise.

With the Government declaring a second national lockdown, it was time to hit the brakes once more, as new car market registrations saw a decline of 27.4 per cent. It was, however, announced that UK MoT testing stations would remain open but it was unlikely another extension would be agreed.

However, as time continued to move, so did the sale of cars, albeit at a slightly slower pace, with the top five best selling cars of November reported as:

Mercedes-Benz also announced the launch of a new online van showroom to help make it easier for consumers to find their ideal model.

In the wake of the easing of the UK’s second national lockdown and the introduction of a strict tier system, the nation also saw the introduction of the brand new Toyota Hilux. With an upgraded design and bold new looks, this Hilux’s facelift also came with a new 2.8-litre engine, which is the biggest engine of any new UK pickup on the UK Market.

In other shock announcements came the one where Ferrari’s CEO, Louis Camilleri announced his resignation from his position as Chief Executive Officer. Though the reasons were not entirely clear, the brand will have to wait for its successor to make themselves known in 2021.

To round up the year in suitably festive style, we’ve left it to the genius minds over at Mercedes-Benz. Unveiling their iconic G-Wagon in a wonderfully ugly Christmas jumper, they’ve given us all the perfect present to top the year off, with more pictures to come throughout the month. Not sure about you but we’ll take two. 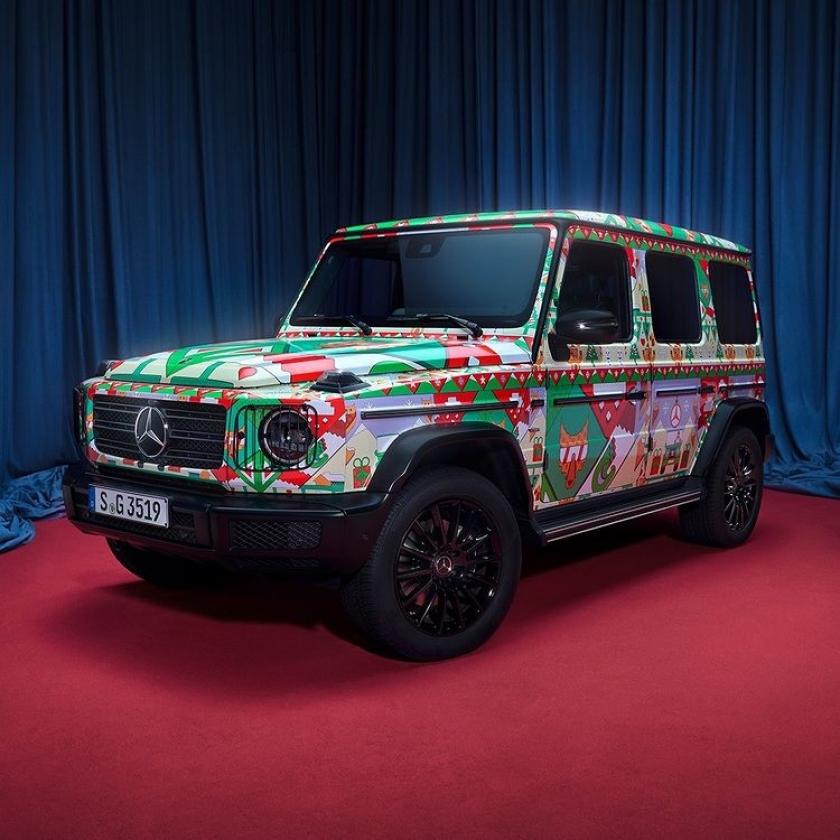 If you want to take a look at any of the cars mentioned in our yearly round up or want to enquire about another car or van for the new year, why not give our expert team a call on 01273 433480, or request a callback at a time that suits your schedule.