Rumour has it he plays Jenga with car batteries at the weekend and insists his hair is cut to the legal tyre tread depth of 1.6mm - to the Rivervale Leasing Team he is the king of the road with over 30 years experience in the motor trade. So, what’s been racing around his head this month? Our Autonomous Future …

Years ago, the thought of having a car with no driver was purely science fiction. Over the years autonomous features have crept into our everyday cars and we know the technology exists to make the physical act of driving a vehicle a thing of the past. But, are we all keen to let go of the wheel and entrust the safety of our journey to machines? So, what’s Vince’s verdict on the driverless road we are hurtling down, here's what he had to say …

"Autonomous vehicles hold the promise of eradicating human error from accidents on our roads, potentially reducing fatalities to 0. But, research conducted in spring last year revealed 53% of drivers believe the focus should be on making drivers safer, not just the cars. Which I totally understand, one thing that frustrates me is that people seem to have lost the ability to indicate, especially at roundabouts, so driver skills could always be improved. There is no easy way to make this happen, I personally think police could be more vigilant with offences such as failure to indicate and warn and re-educate drivers on all aspects of driving.

In this survey 65% believed humans should always be in control of a vehicle. However, there were some aspects of autonomous technology that would be welcomed. For example, 90% of respondents would like technology to prevent tailgating and 82% would support technology to stop them driving too close to the vehicle ahead. I agree and really welcome all the safety features, why wouldn’t you? Whether its distance control or help when you brake in case of emergencies. In the car I have been currently using, a C-Class, I have the park assist facility, that is very clever and very helpful; you are controlling the accelerator and the brakes while the vehicle steers to perform a parallel park for you. This helps drivers avoid hitting the curb and damaging alloys, it avoids the risk of hitting cars that are either behind or in front and you are nicely parked safely out of the line of traffic. These features I understand, would I want to sit there and just take my hands off the steering wheel and feet off the pedals? No, I wouldn’t feel comfortable at all.

It’s a massive leap of faith to get in a car and have no power or influence over the journey. Imagine you are in a driverless car and see a person step out into the road, surely you are going to try and take control of the car in some way as an instinctive reaction. We would almost have to retrain ourselves not to respond to the road ahead to travel in a driverless car.

In 20/30 years time when we look back at our generation and perhaps our children’s generation we might be the last who remember enjoying motoring in a new world of autonomous cars where there is no fun left in driving anymore. To me that’s a really big thing because a lot of the time when people buy a car a big part of that decision is the emotive side, that it’s a new vehicle with a certain look, a certain engine sound and handles a certain way. The car owner takes pleasure in driving that vehicle, will future generations lose this appreciation and see cars as just a mode 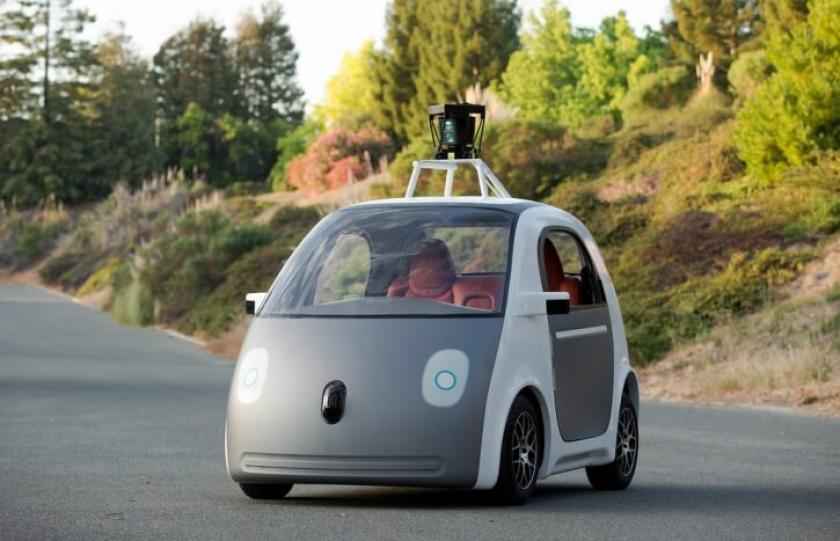 of transport, to me that would be very sad.

There are many forecasts as to how soon driverless cars will be readily available, some predict driverless cars on the road as early as 2020; others believe we need until 2032 to have truly autonomous vehicles a frequent sight on our roads. Parallels here can be drawn with the pace of change in the internet and home computers. Back in 1974 when Arthur C Clarke predicted we would all have computers at home that we would “take it as much for granted as we take the telephone” that could access “all the information needed for everyday life: bank statements, theatre reservations, all the information you need over the course of living in a complex modern society.”

At the time these predictions seemed as alien and impossible to understand in much the same way the roads full of driverless cars can seem to us now.

Let me know what you think - Would you feel comfortable in a driverless car?"

Do you agree with Vince? Let us know whether you would travel in a driverless car with a yes or no in the comment section below.