Want to know more about the HOTTEST cars coming out in 2019? Well, you’re in the right place.If you didn’t already know, 2019 Promises a lot for the automotive industry. There’s plenty to look forward to – new SUVs, EVs, hybrids, sports cars and much more! 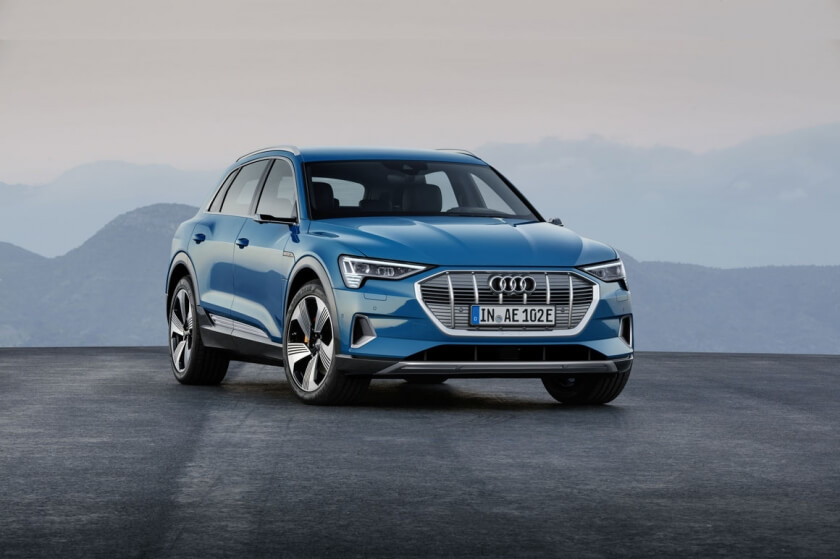 The all-new Audi e-tron is the first all-electric production car model from Audi. The last couple years have seen a surge in popularity for electric vehicles, and the e-Tron represents a new rival for the likes of the Jaguar I-Pace and the Tesla Model X. Acceleration-wise, the e-Tron is capable of 0-62mph in less than six seconds and will hit 124mph. 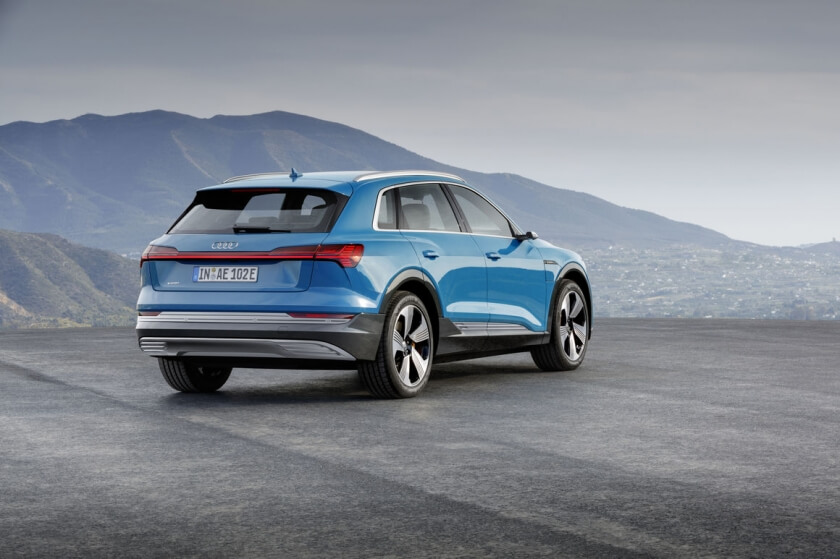 The e-tron is one of the first cars available to use cameras in replace of side mirrors. Yes, that’s right, actual cameras. Not only does this take the e-tron to a new level of cool, but it helps to make the car more aerodynamically efficient, which means less money spent on fuel.

As for the charging system, it has a 150KW charging port, which enables the e-Tron to charge up to 80 percent of its charge in less than half an hour. 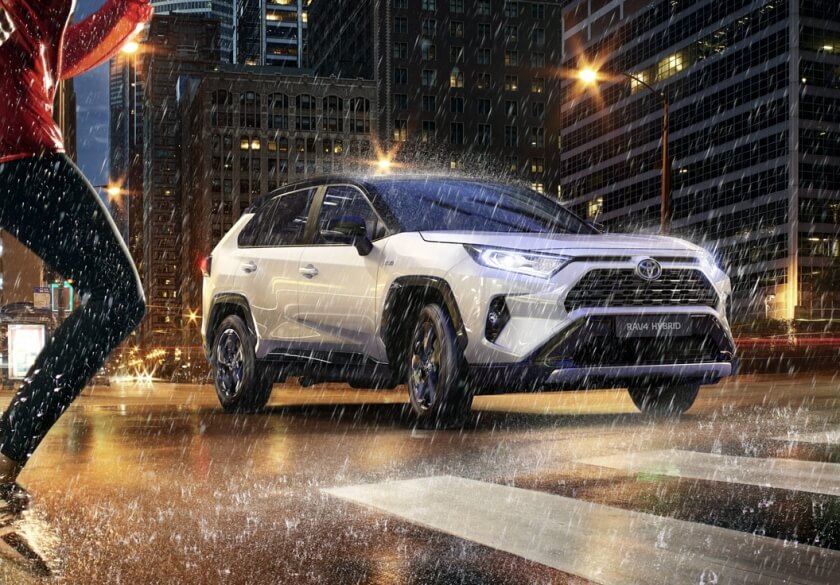 The RAV4 has been completely redesigned for 2019. It has a 105.9-inch wheelbase, a high ground clearance, low roof and bonnet, as well as extended overhangs and new multi-link rear suspension for enhanced car steering. 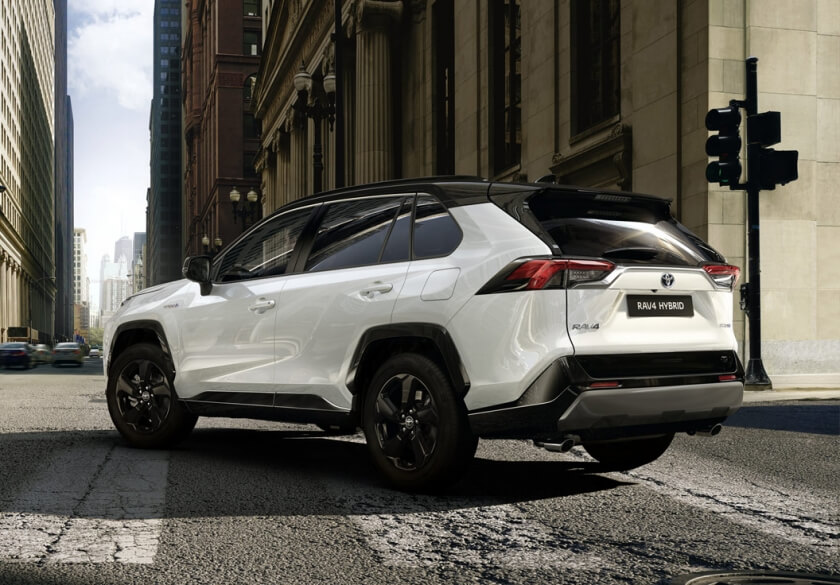 Toyota has also developed the new RAV4’s engine size and capabilities. It comes with a 2.5 Litre Dynamic Force Engine; it produces a 218 bhp for the TWV (two-wheel vehicle) and 222 bhp for the AWV (all-wheel vehicle). In terms of acceleration, the RAV4 can go from 0-100km/h in 8.1 seconds. A hybrid version will also be available upon its global debut.

The new facelifted Range Rover Evoque is a head-turning compact SUV that keeps the shape of the outgoing model, with smoother, cleaner lines that mean it looks similar to the larger Range Rover Velar.

All models of the Evoque range will be powered by JLR’s 2-0 Litre Ingenium engines, in both diesel and petrol. Most of the models will be a 4-wheel drive (4DW) and automatic; the only model which will come as a 2-wheel drive (2DW) is the 148bph manual gearbox D150 diesel. These car’s will get a 48v mild-hybrid (MHEV) system to boost their economy. 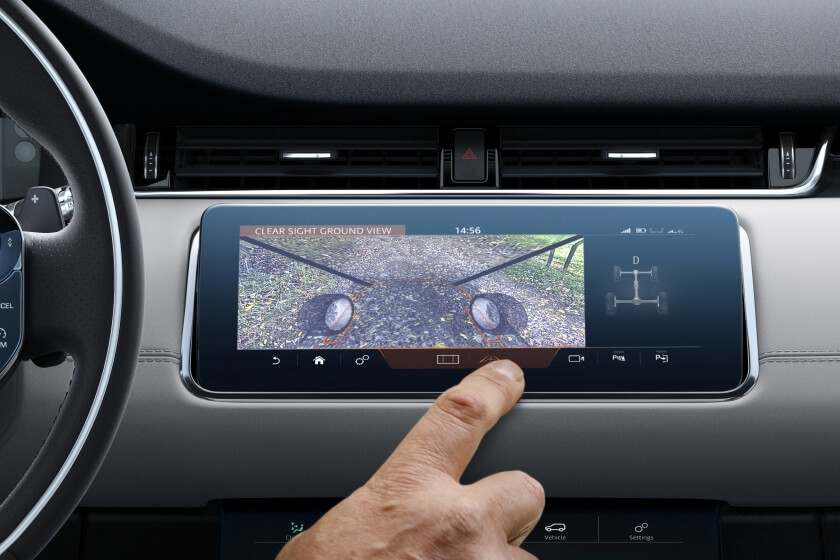 There are also future plans for a plug-in hybrid to join the range, and it’ll be able to travel moderate distances on just electric power, using a new 3 cylinder petrol engine.

The Evoque receives some fancy new tech too. The Clear Sight Ground View uses cameras in the front of the grille and on the door mirrors to show a “Ground View” display, which is particularly useful for car parking purposes. 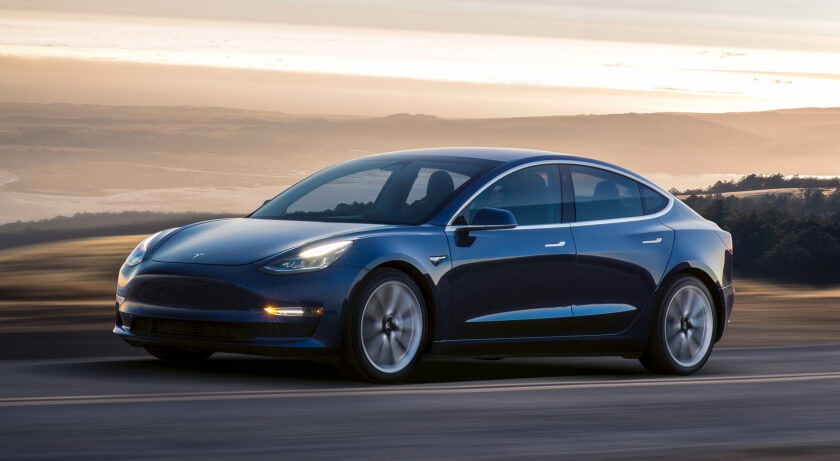 When you think of the Tesla brand, you immediately associate it with electric cars. Currently, there are only two new models in the UK – the Model S and the Model X. However, the Model 3 will soon join the Tesla Model family. There are two engine types available: The standard single-motor engine, which is rear wheel drive and provides 260 miles of range and goes from 0-60mph in as little as 5.5 secs. The second option is an all-wheel drive dual-motor engine and comes with a longer-range battery, enabling it to go an extra 310 miles. 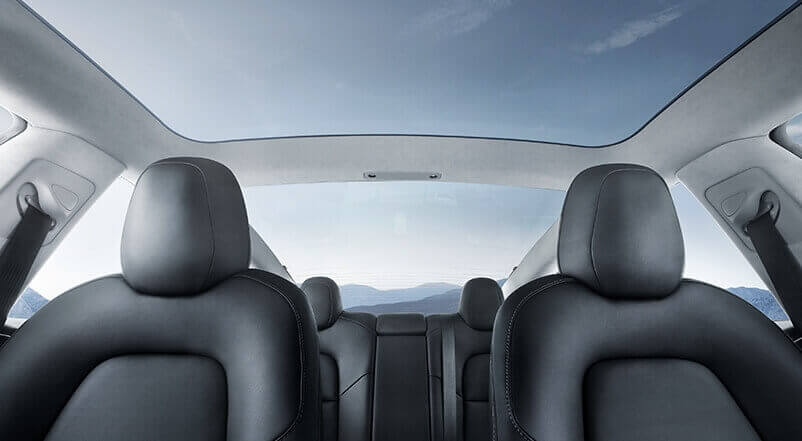 Inside, there is an all-glass roof, which gives passengers sitting in the front and the backseat a feeling of openness and extra luxury. The model 3 comes with the same hardware found in the ‘S’ and ‘X’ including eight cameras, forward radar and 12 ultra-sonic sensors. This enables all sorts of safety mechanisms such as collision avoidance and emergency braking. Although the Model 3 is Tesla’s newest addition, it is designed to be the safest car in its class. 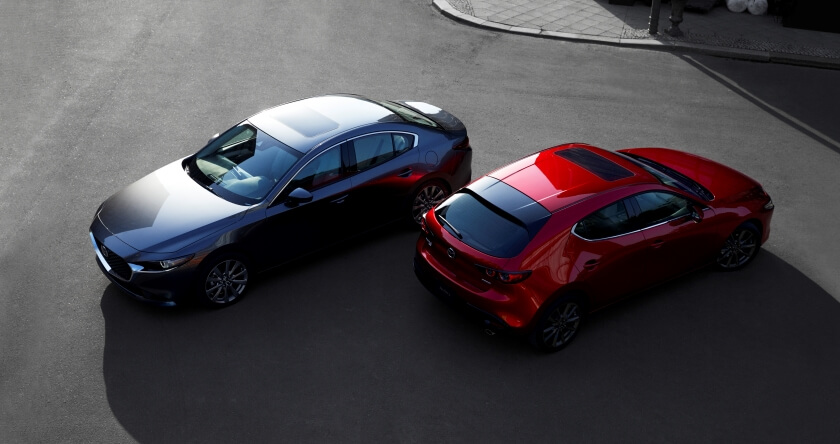 The Mazda 3 is a small economical family car that’s always been enjoyable and comfortable to drive. Outside, the Mazda 3 gets a more prominent grille, new rounded headlights and curved rear-ends, making it look like a concept car. 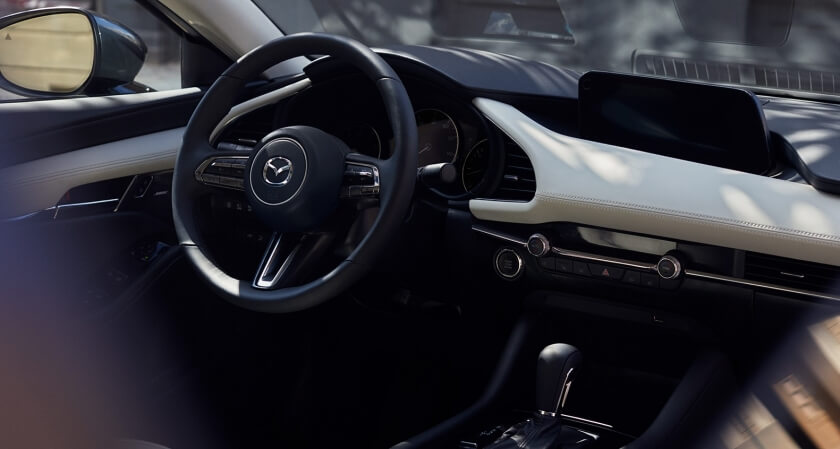 As well as conventional petrol and diesel engines, you can have your Mazda 3 with a ‘Spark Controlled Compression Ignition petrol engine’. Basically, this combines the economy of a diesel with the power and smoothness of a petrol engine. You can also get the Mazda 3 with an optional iActive all-wheel drive system, that can send power to whichever wheel has the most grip for improved cornering and better traction. 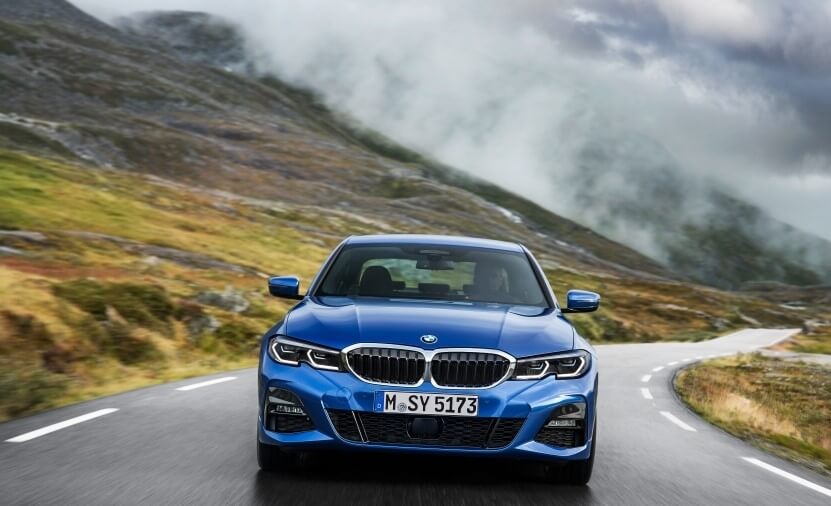 The new seventh-generation BMW 3 Series compact executive saloon has improved in every area compared to its outgoing predecessor. There is a lot to admire about the new 3 Series – it’s has new advanced tech, its more comfortable, it is more practical, more refined, powerful engines, and is extremely spacious for a saloon car.

Customers will have the option between two diesel models and a petrol model from when it debuts, all of which will have 2.0 litre engines. 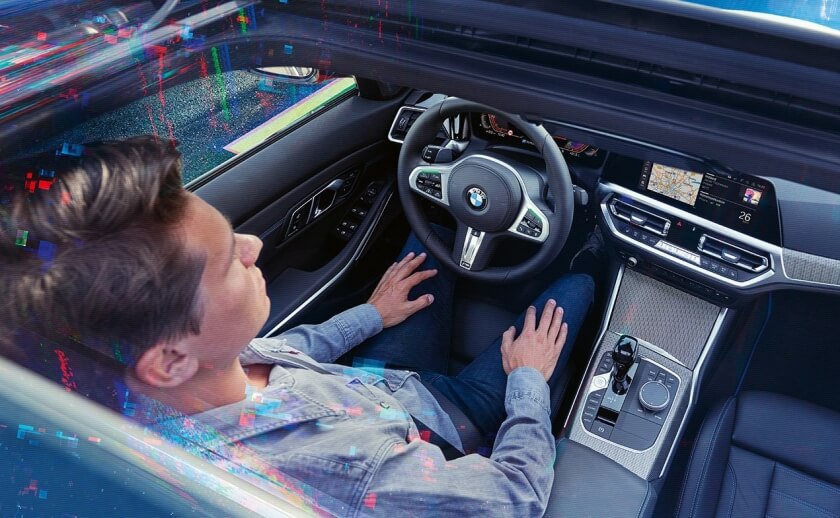 Inside, the 3 Series gets a lot of new tech that significantly improves the driving experience such as the latest generation BMWOperating System 7.0, Standard Live Cockpit Professional (exclusive to M Sport Models) and Enhanced Bluetooth with wireless charging (exclusive to M Sport models), which come as optional. Apple Car Play comes as standard on all models, too.

Whenever someone talks about a “dream car” or mentions a sports car, it’s difficult not to bring up the infamous Porsche 911. Like any fast car, the new Porsche 911 is amazing to drive – acceleration is seamless, interior is of the highest quality, and it is relatively practical. You can segregate the 911 range into three different sections: The 911 Carrera – and Carrera S, Carrera T and Carrera GTS – all of which get a twin turbo flat-six engine. 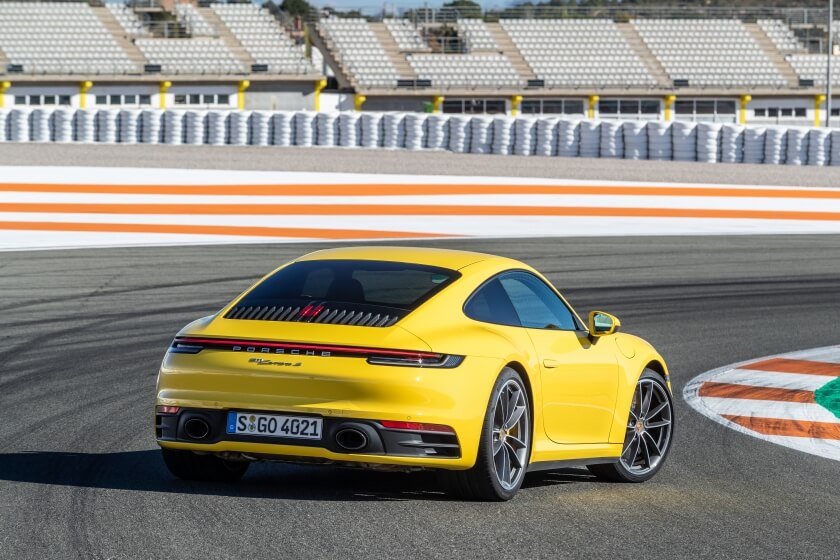 Each model comes with four seats and in convertible form, excluding the Carrera T. Buyers will have the option between either a manual or a PDK automatic (dual-clutch gearbox), with other models offering four-wheel drive as optional.