2018 Paris Motor Show, the “holy grail” of manufacturer cars. It’s where all the huge manufacturer brands such as Mercedes, BMW, Jaguar, Toyota, Ford, Mazda etc get to show off all their new creations to the mass public. While this is true, it wouldn’t really be a motor show without a ton of cool concept cars, more specifically electric car concepts, as these will play a big role in shaping the future of the automotive industry and, most importantly, improving the environmental conditions of the planet.

Here I take a look at some of the most finest, stylish next-gen electric car concepts from the 2018 Paris Motor Show…

Peugeot e-Legend Concept
Starting with my favourite concept from the entire show, the Peugeot e-Legend concept (pictured) is a great example of an electric and autonomous car that I think most consumers would love to get their hands on.

Remember the Aston Martin V12 Vanquish from the 2002 Bond movie Die Another Day?

Now i know it would be criminal to compare an Aston Martin to a Peugeot, but this is what that concept reminds me of from the outside, particularly because of its sleek and stylish exterior, black-tinted windows and superb paint job.

The e-Legend concept reportedly will generate 400bhp of power and 800nm of torque. As you can imagine, from the inside, the vehicle sets a high level of futuristic luxury, with the design of H-shaped seats and vertical seat cushions (inspired by the Peugeot 504 Coupé), foldable rectangular steering, large LCD screen across the dashboard, and a series of cabinery woodlock “panels”.

Infinity Project Black S Project
When the Project Black S was first introduced, it was at the 2017 Geneva Motor Show. Since then the Black S has undergone a number of significant tweaks and changes. The inside of the updated and improved Black S has a track-ready interior four point harnesses, carbonfire-backed seats and laser-etched exposing bright yellow lights.

Interiors aside, Infinity has taken inspiration from Formula 1 and implemented changes to the engine of the Black S. It is now powered by a 3-litre VR30 twin-turbocharged V6, along with an electric motor and an energy recovering system that’s good up to 563bhp, which has increased from 500bhp.

Infinity has also made it easy for drivers to switch between its multiple driver modes, with the implementation of yellow switchgears, found in the centre of the console. This means drivers will be able to change the car’s powertrain, traction control, ABS and activate a launch control function, similar to the buttons found on Renault’s F1 racing cars.

Porsche 911 Speedster
In Paris, Porsche celebrated its 70th anniversary in style when they officially presented their new 911 speedster model. How old does that make you feel? For 70 years, they’ve been at the forefront of creating new designs and making the future happen. Porsches’ 911 is a fantastic way to experience open-air motoring, and to celebrate the brands 70th anniversary in style.

Unfortunately, only 1, 948 of this 911 prototype will be made to celebrate their anniversary, but there will always be demand for intelligent sports mobility vehicles, so expect more to come in the forthcoming years.

Their new model will sport the distinctive shape of its predecessor, their current 911 GT3. It will also run on a 4.0-litre flat six engine. That would give it a 493bph and 339lb ft, and would mean that its engine will rev up to 9000rpm. We can expect to see the all-new eighth-generation vehicle to be revealed at the Los Angeles Motor Show in November. 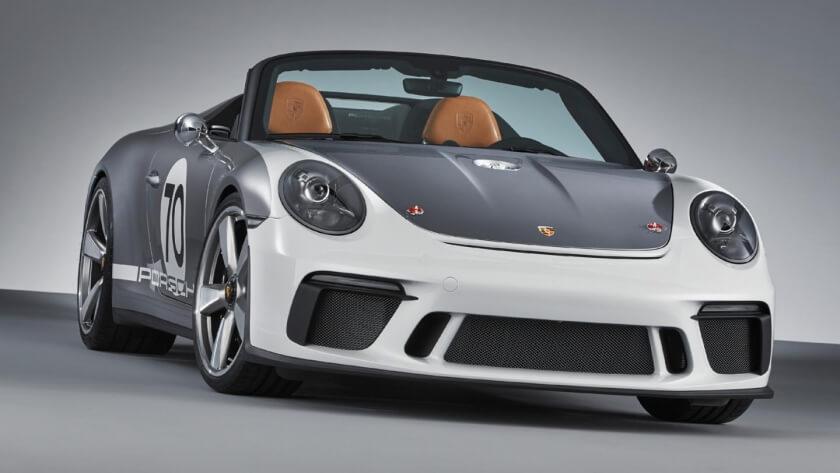 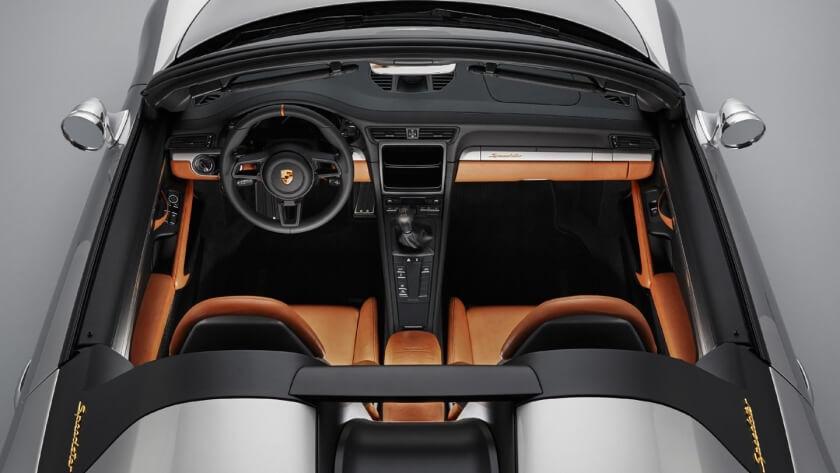 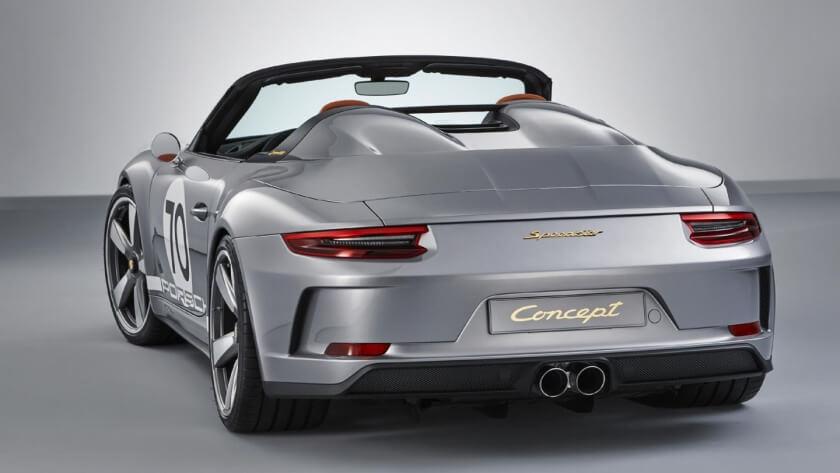 Renault K-Ze Concept
At this years Paris Motor Show, Renault unveiled its all-electric concept, the K-Ze (labelled Drive the Future). This was a concept I was really anticipating and anxious to see, as it looked impressive when the press images first circulated. The electric car can reportedly cover over 250 kms on a single charge, which is more than the average amount a normal electric car can cover. In addition, the dual charging system supports both commercial electric chargers and regular home-based plug points. Unfortunately for the UK and Europe, the k-ZE will first enter the Chinese market before it expands. 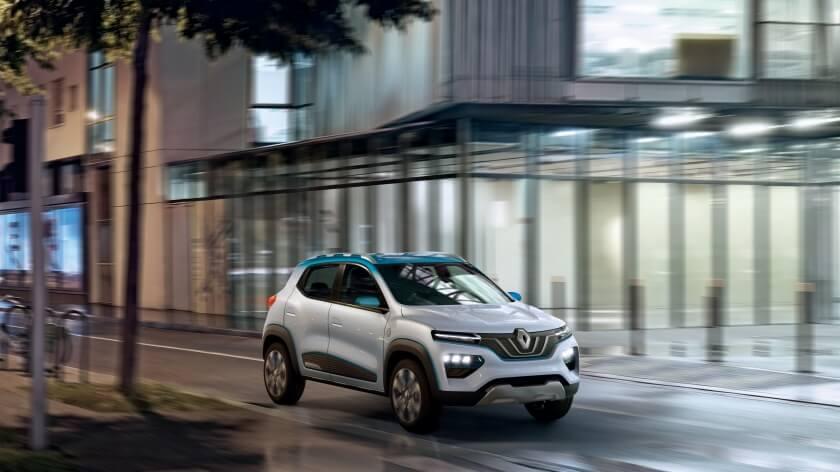 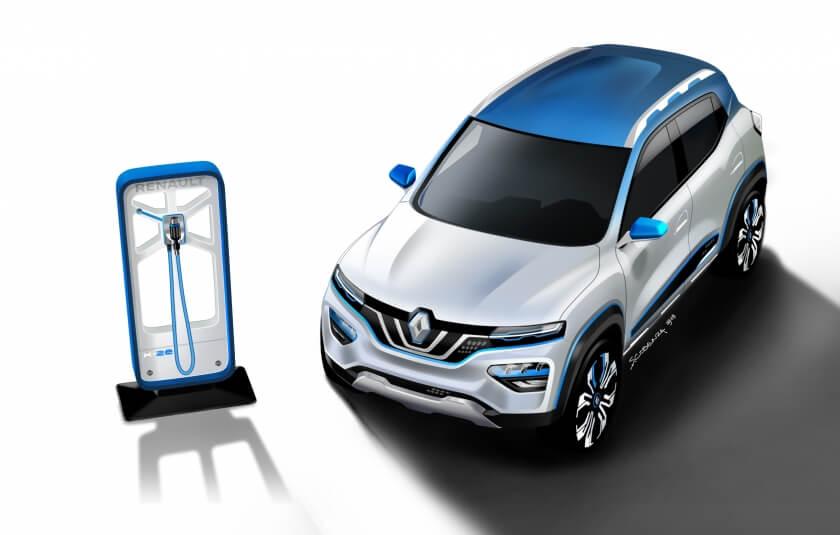 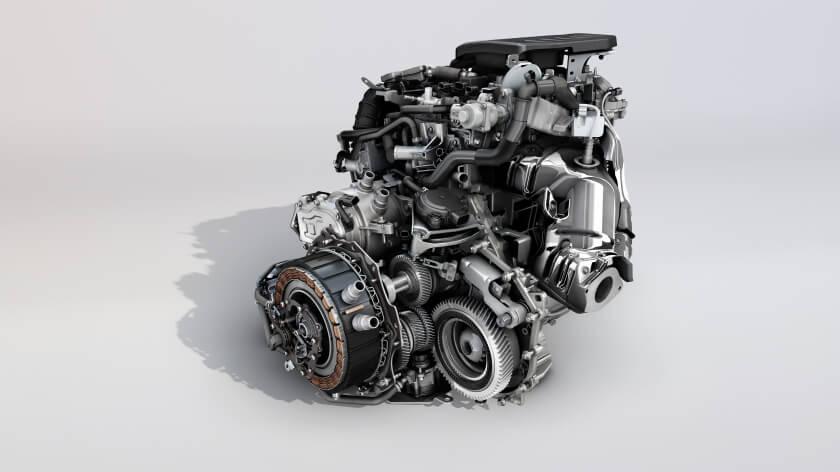 SmartforEase Concept
While Porsche celebrated its 70th anniversary with the reveal of a their 911 prototype model, Smart also turned 20 this year. They have a while to go before their 70th birthday, but with the introduction of their all-new SmartforEase, I’m almost certain that their smart line of vehicles will continue to impress us throughout the next few years.

With the new SmartforEase, smart are clearly continuing their tradition of creating the most weirdest, but unique cars to date. It may look like a toy car, but thats what makes their cars so interesting. Its essentially a ForTwo without a roof. The low windscreen, the roofless design, the fairing behind the seats, and its minascular size, gives it that make believe feel. But like I said, don’t let the images deceive you, even if it’s just a concept. Regardless of its toy-like design and its childish features, the car is a fully functioning electrical vehicle and it will be offered as a modest metropolitan commuter.

Even though, we don’t know how fast this car can go, If it is to follow the current the current EQ ForTwo Cabriolet, the car will produce 80 horsepower and 118 pound-feet of torque. It definitely an unusual car, but i like the fact that their sticking to their roots and keepin’ it weird.

Smart are yet to release official images on their website hence why we cannot provide any images for the SmartforEase Concept - yet. We will update this page as of when they publish any images, so be sure to revisit this page.

To find out more about our range of electric cars, please visit our Green Leasing Page

Vote: Which electric car concept is your favourite?