The BMW iX3 will be BMW's first fully electric SUV. The concept model was revealed at the Beijing Motor Show, and we can expect the first production model to arrive in 2020...

The BMW iX3 is due to be built in China at BMW's Shenyang plant. It will be BMW's first electric vehicle intended to be mass produced for the global market. BMW are calling it a SAV, which stands for Sports Activity Vehicle, but it will provide another contender in the electric SUV market.

As manufacturers combine the desire for eco friendly driving and the UK's love of SUVs this market is becoming more crowded. The Jaguar I-Pace and Tesla Model X are already on sale with the Audi e-tron on the way.

The inside of the iX3 is remaining a surprise for now as BMW has not yet released any images. However, the outside has been on full display and is based on the BMW X3. The iX3 marks a turning point in BMW's electric journey. Until now, the existing fully electric BMW i3 and i8 are standalone models, built on their own separate platform to the rest of the BMW range. 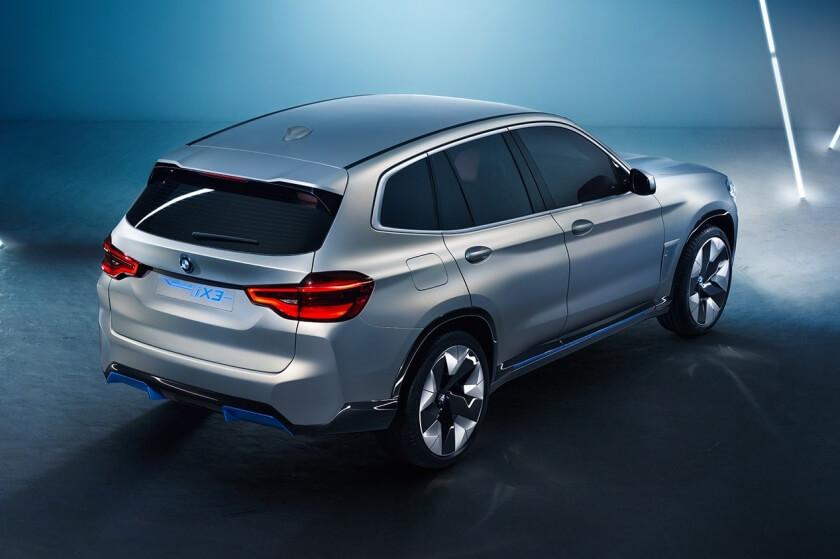 From the iX3 onwards BMW believe, due to new flexible platform, any series model will be able to be fitted with an electric powertrain. So the iX3 is the first fully electric model from BMW to look like one of the familiar models already available, and we can expect many more to follow.

The iX3 isn't an exact replica of the X3, there are a few tweaks needed to improve aerodynamics and to signal the iX3's green credentials. To improve airflow the double kidney grille is closed and surfaces are smoother. There are blue accents visible around the vehicle and BMW i logos on the front and side skirts to provide differentiation from the current X3. 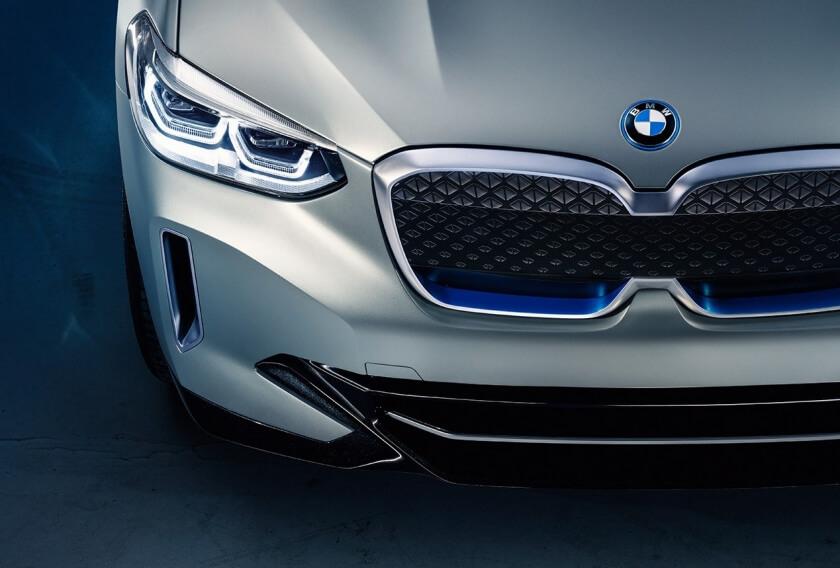 The iX3 will feature BMW's fifth generation eDrive technology. This combines the electric motor, transmission and power electronics into one compact component. Using a 70kW battery, the iX3 will have a power output of 270bhp with a range of 249 miles. 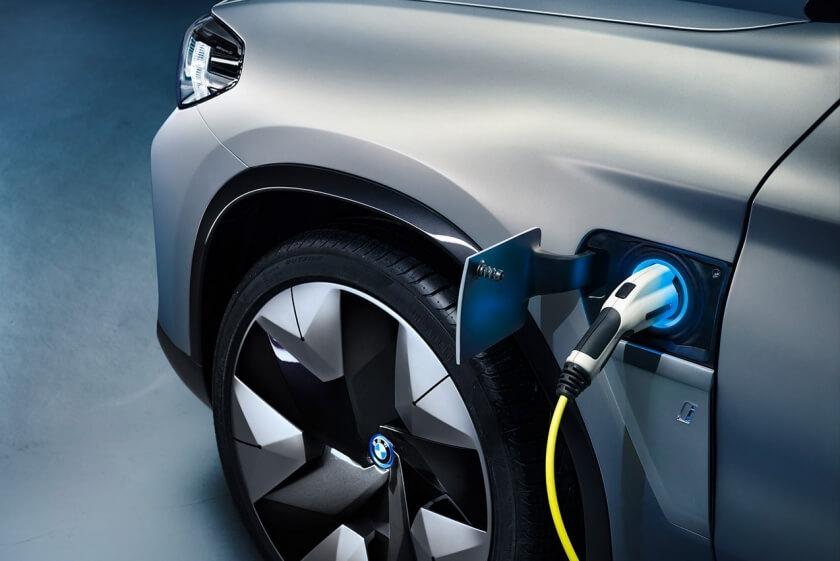 The chargepoint is found behind the front passenger side wheel arch and is capable of accepting a 150kW charge. This is the fastest charge currently available, and points will be appearing at public charging stations all over the UK during 2018. Using this fast charge, the iX3 can reach 80% in 30 minutes. Charging times for more conventional charging methods have not yet been released.

We will update this page as more details become available.

What do you think of the BMW iX3 - will it manage to steal any of Tesla's electric limelight?