Here at Rivervale, many of us love watching the British Touring Car Championship (BTCC). The exhilaration of watching such close racing is extremely exciting. What many people find fascinating is that these cars are based on the road going cars that we all see (and use) on our roads every day.

How Similar are Touring Racing Cars to those we see on the Road?

Albeit, they are quite heavily modified from the standard road going specification, the familiarity of seeing these cars in wheel to wheel combat makes for a very well supported and enjoyable racing series. In fact, Touring Car racing is not only really popular in the UK, but also in countries such as Australia, Brazil, Argentina, Sweden, Norway and Germany.

Whilst the cars are not as fast as some of the single seat racing series’ such as Formula One (F1), the lack of aerodynamic technology makes it much easier for drivers to follow the car in front at close quarters, which in turn aids overtaking. Whilst Touring Car racing is supposed to be a non-contact sport, the occasional nudge or “kiss”, and swapping paint through the bends has almost become an acceptable part of the sport that the fans simply love!

How are Touring Race Cars Regulated?

Whilst the cars are allowed to have many components changed to aid performance (engines, brakes, suspensions etc.), there are regulations in place also to ensure that the racing remains close and the design / running costs remain consistent and affordable. Some of these might include all cars having to run the same tyres or some cars having to carry ballast to even up the field. Much of the expensive technology that you see in the likes of F1 are simply not allowed, and this is why the series is so popular and supported worldwide.

When Did the British Touring Cars Championships Begin?

The history of BTCC actually dates back to the very first race on Boxing Day of 1957, raced at 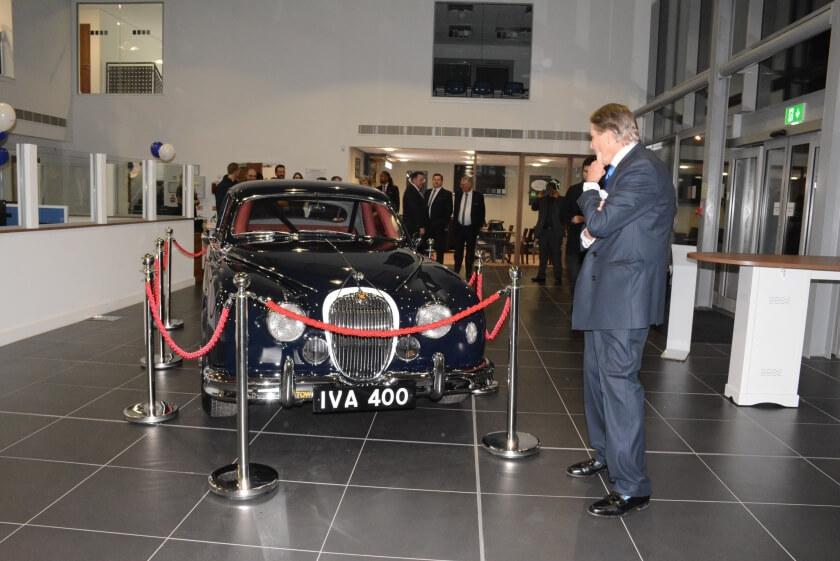 Brands Hatch. This race was actually won by Rivervale’s very own Chairman, Tommy Sopwith. He was driving a 3.4 litre Jaguar from his own racing team, Equipe Endeavour. This inaugural season climaxed in a two car shootout between Sopwith, who won his class, and Jack Sears who had the same amount of points and won his class driving an Austin A105 Westminster. Two identical 1.5 litre Rileys were offered up, and two single, 5 lap races were run (the two drivers raced in each car to make things fair). This resulted in an aggregate difference of under two seconds in Sears’ favour, so Jack Sears was crowned the very first Touring Car champion back in 1958. Even though Tommy Sopwith had won the more senior of the racing classes whilst clocking up eight wins and eight fastest laps, it was simply not to be.

Where Can I See British Touring Car Championship Races this Year?

Currently, the BTCC competes around the UK at nine different racing circuits. The cars have 2.0 litre engines, however, produce in excess of 350bhp. They can be either front wheel drive or rear wheel drive, and there is a selection of both manufacturer teams and privateers competing. The cars are allowed to be either saloon, hatchback or estate derivatives, however, competitiveness remains so close to ensure this remains a fascinating spectator sport.

The 2017 BTCC Calendar of Scheduled Races

Currently, BTCC is viewed by millions of people in the UK and around the world. Trackside attendances at some venues can exceed 40,000 spectators. This is one of the reasons that the racing series has attracted such worldwide recognised support with manufacturers such as Audi, BMW, Mazda, Honda, Nissan, Peugeot, Toyota and Renault to name but a few. The series also boasts high levels of national TV coverage, with a commitment from ITV to screen the BTCC racing up until 2022.

In short, if you enjoy the action of exhilarating racing but have never been to a BTCC race, then it can be thoroughly recommended. It has captivated millions of enthusiasts since 1958, and this level of popularity seems committed to continue to grow both now and into the future.