Could Pavement Parking Bans Become the Norm Across England?

While Londoners might be accustomed to the city’s pavements being clear of parked cars, the rest of England has long been enjoying the freedom of pavement parking. However, things might change soon in a bid to make pavements across the nation more accessible.

With up to 95% of wheelchair users and those with visual impairments experiencing issues related to accessibility on pavements, according to the UK Department for Transport, it seems high time the problem is addressed across the country.

Is it illegal to park on the pavement?

While the capital has its own set of rules around pavement parking, the rest of England runs to other guidance. In London, it has been illegal to park on the pavement since the 1970s, regardless of the type of vehicle you drive. However, across the rest of the nation, this is applicable only to lorries or heavy goods vehicles.

What is the pavement parking ban?

New consultation by the government is exploring allowing local authorities to have increased power over parking. While the government vowed to explore the problems related to pavement parking in 2015, it is only now being reviewed in more detail as part of a greener, post-COVID recovery plan for the nation.

Recent updates have seen a government consultation launched in August 2020 to explore possible legislative changes to introduce London-style pavement parking bans throughout the country in an effort to improve access for the public. 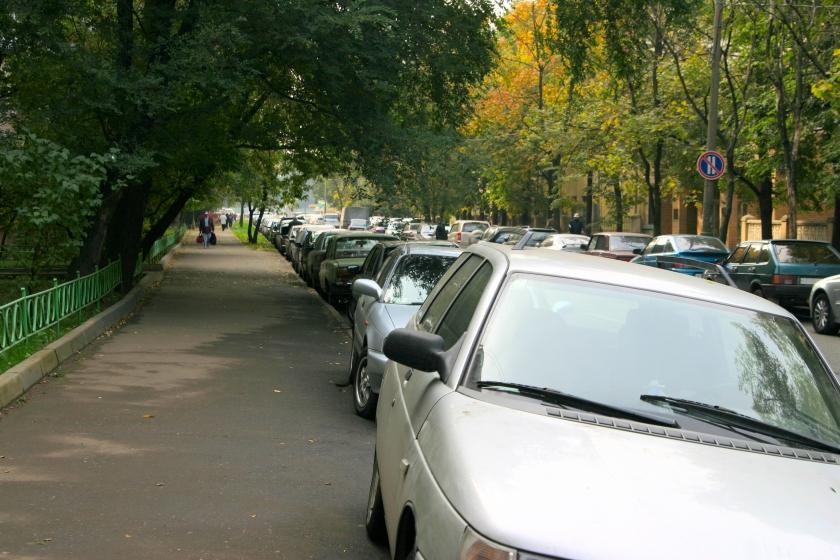 The pandemic has increased momentum for the push to implement pavement parking bans beyond the capital as increased foot traffic has created a greater need for accessibility. From wheelchair users and those with visual impairments to parents with prams, cars blocking the pavement has become an ever-increasing issue.

Creating physical space and adhering to social distancing is more difficult when pavement parking causes blocked walkways, affecting none more so than some of the most vulnerable members of the community.

While changes to road conditions have been altered across London to improve accessibility, such as widening pedestrian spaces by using road lanes to reduce congestion, the same hasn’t been applied regionally.

As the nation looks towards a green recovery post-COVID with encouragement for reduced public transport use, increased walking and cycling and a more environmentally friendly approach, pavement parking is one area that has come under review.

Damage to the pavement is also a problem, as the footpaths are not designed to bear the weight of heavy vehicles in the same way roads have been constructed. This leads to increased costs for repairs and creates further obstacles for pedestrians such as trip hazards.

Concerns have been raised by groups including the AA, citing ‘unintended consequences’ that may arise as a result of a nation-wide pavement parking ban. Stating road closures and the narrowing of streets, the organisation is concerned it will cause parking chaos.

While a decision has yet to be made on the changes currently under consultation, it is apparent that there is a growing need to at least explore how local authorities can improve pedestrian accessibility outside of London.

What are your thoughts? Should the pavement parking ban be extended beyond London to improve access for communities?