When choosing your next car, the range of different body styles can be overwhelming, before you even consider which make and model you would like. The Rivervale Leasing Guide to body styles explains the variety available and the benefits of each ... 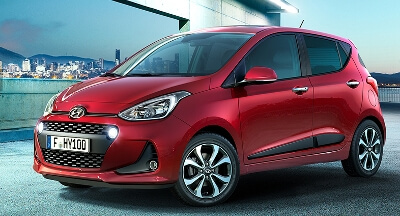 City Cars are the smallest vehicle you will find on the road, Supermini's are very slightly larger.

These types of cars are made for city streets, their compact size makes these cars responsive to handling and so agile and easy to park.  Due to the small size and low weight, small engines are sufficient.  This means the running costs of a city car or supermini are some of the lowest.  Road tax and car insurance are likely to be low and fuel economy high, making these some of the most affordable cars to run.  This makes a city car or supermini a perfect choice for new and young drivers and anyone who makes short town based journeys.

A hatchback is defined as a car whose boot and rear window lift as one to provide access to a cargo area.  The boot is counted as a door, so hatchbacks are referred to as 3 or 5 door cars.  One of the main benefits of a hatchback is the practicality of the boot space.  The rear row of seats can often be laid flat as an entire row or part of the row to still accommodate a rear passenger, providing a large cargo area.

Hatchbacks are still compact cars so retain many benefits of a supermini.  Running costs are likely to be slightly higher than a supermini, but still low compared to other vehicle types.  As well as an increase in boot space, hatchbacks offer more comfortable seating for 5 passengers.  As a very popular car type, most manufacturers will offer a hatchback option, this means there are affordable options and luxury options available to choose from. 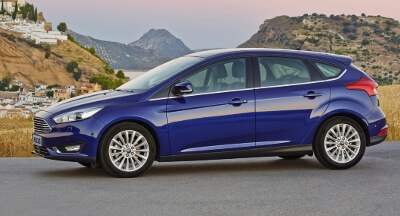 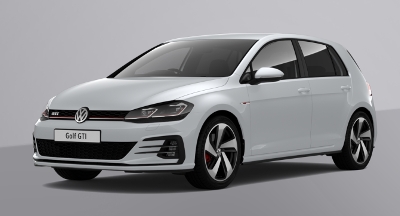 The Hot Hatch is a performance version of a hatchback, a compact sports car.  Most are based on the regular hatchback version but have much more powerful engines fitted as well as other adaptations such as improved suspension, more aerodynamic body parts and larger wheels.

The hot hatch puts a big engine in a small car to provide a fun, fast drive while retaining the practicality of a hatchback for day to day use.  As the overall car is still compact, running costs are kept reasonable, but are obviously higher than the regular hatchback version of the car.

It is increasingly common for manufacturers to offer performance versions of other body styles, but the hot hatch remains the most widely sought after.

A saloon is often referred to as a 3 box car because it is categorised as having 3 separate areas, the engine bay, the cabin and the boot, in comparison to a hatchback which has 2 defined areas as the boot is part of the cabin space.  The wheelbase of a saloon is likely to be longer than a hatchback providing extra space inside making a more comfortable seating area for 5 passengers.  Even so, the boot space is often the same or even less than in a hatchback, the rear seats are often fixed so cannot be lowered to increase the cargo area in the same way a hatchback's seats can.  As the boot is separate to the passenger area the journey is often quieter.

As a popular car type there are many models to choose from, from the more basic affordable models to the very luxurious. 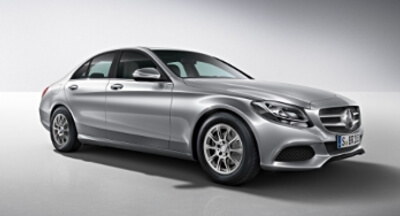 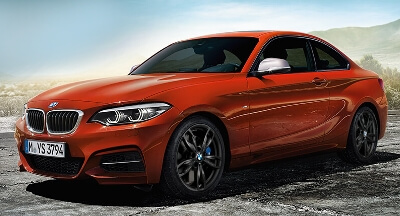 A coupe is often a 2 door version of a saloon model.  The back of a coupe slopes down and tapers to join the rear bumper.  This creates a streamlined, flowing look, but does compromise the headroom available for any passengers in the rear seats.  This is why coupes have traditionally been seen as a driver's car.

To combat the reduced practicality of a coupe, many 4 door versions are now available.  A further sub section from the coupe category can also be seen in Gran Tourers.  A Gran Tourer is a bigger, more luxurious version of a coupe and often has a more powerful engine, so fuel economy does suffer, but long distance journeys can be undertaken comfortably.

A convertible or cabriolet is often the coupe version of a car with the roof made retractable, this can be a hard roof or a fabric roof.  The appeal of this type of car is easy to see in the summer months when the roof can come down and the sun can be enjoyed.  Although the term convertible is most associated with a sporty type car, it can be used to refer to any vehicle which can become open top.  There is now a growing trend for convertible SUVs.

However, as a coupe style car the boot is not large and more of this space is taken up when the roof is folded down, as it needs somewhere to be stored.

A sub category of the convertible body type is a Roadster.  A roadster is usually a 2-seater car which emphasises sporty characteristics. 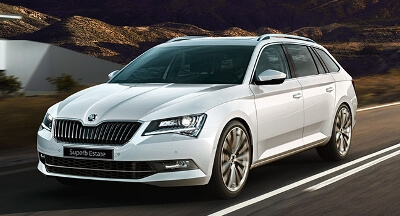 An estate car is usually an elongated version of a hatchback or saloon car the manufacturer already makes.

The rear window is extended to create a much larger boot space.  An estate car will provide the comfort of a saloon for 5 passengers with the added practicality of the larger cargo space.

An Estate is the same height as a saloon or hatchback so the distance from the road to the boot opening is minimal when loading and provides manageable access for most dogs to jump up into!

The terms crossover and SUV are often used to describe the same kind of vehicle.  The difference between the two depends on the platform the vehicle was built on.  A crossover is built on a car platform, so the body and frame are in one piece, where as an SUV is based on a truck chassis with the body and frame built separately and then joined.

However, SUV (Sports Utility Vehicle) and crossover are now used to describe any vehicle which has a raised ride height.  The popularity of this type of vehicle has exploded in the last 10 years.  Drivers enjoy a more elevated driving position, large boot space and ease of access the higher seats allow.  While running costs will never be as low as they are for hatchback, those SUVs built on the same platforms are efficient and provide value for money.

Many SUVs will come with four wheel drive as standard, or it can be added as an option on higher specs.  SUVs are designed to be more road based so would not cope with challenging off road conditions. 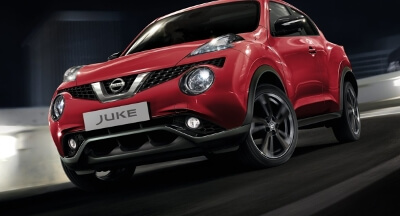 As popularity has increased the variety of SUVs on offer has also increased.  There are now compact SUVs, mid size and large SUVs to choose from.  Style wise, there are an increasing amount of SUV Coupes becoming available featuring the flowing, sloping roofline of a coupe on the raised height of an SUV. 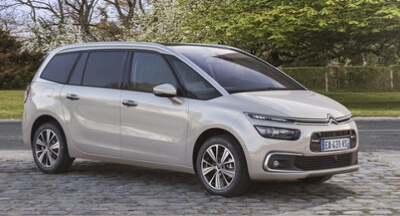 An MPV (multi purpose vehicle) is a popular choice for families as many provide seating for up to 7 passengers and the raised ride height makes getting children in and out of the car much easier.  The boot space is large and the interior is normally flexible allowing seats to be folded away to create more cargo space when required.

There are some smaller MPVs which are based on supermini's such as the Ford B-Max which are often referred to as mini MPVs.  These vehicles offer a more practical, versatile interior space than a hatchback with a slightly raised ride height for ease of access.

As the popularity of SUVs increases the number of drivers choosing an MPV decreases, however, with many models, the running costs will normally be lower than an equivalent SUV.

The 4x4 is still the number one choice for anyone who regularly needs to drive off-road.

The large body of a 4x4 provides a practical space for cargo and passengers.  As a vehicle designed to withstand the pressures of driving on rough terrain, the body of a 4x4 is rigid and heavy.  This means to move it a large powerful engine is needed and so fuel bills can be high.

A 4x4 delivers power to all four wheels meaning better grip in acceleration, better towing capabilities and less chance of getting stuck on slippery surfaces. 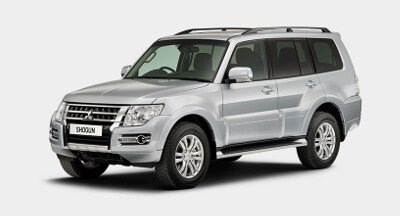