Speeding. Something we all know we shouldn't do, but so many of us fall into the trap of anyway! For most of us, it might be driving at 76 on a 70 mph motorway, or 32 in a 30mph residential street - sometimes unwittingly, not having grasped a change of speed limit in time.

But for some, a few miles per hour is just not enough. Some drivers really want to see what their cars can do, and actually strive to max out those top speeds - but speeds like these were not made to be experimented with on the public roads of the UK!

The ten highest speeding offences recorded in 2019 were all above 150 miles per hour - that’s almost a jaw-dropping twice the legal motorway limit.

Insurance comparison site Confused found out some fascinating information through a recent freedom of information request. They discovered that in 2019, 2.5 million drivers were caught speeding. As well as notching up a massive £250 million in fines, they revealed that some drivers were not only edging the speedometer one or two miles per hour over the legal limit on that stretch of road but driving at speeds wildly over the limits.

The highest speed the freedom of information request discovered was for a South Yorkshire driver, who managed to clock up 162mph. Perhaps the more shocking reveal, though, was the driver who was caught when driving at 120mph - through a 20mph zone! 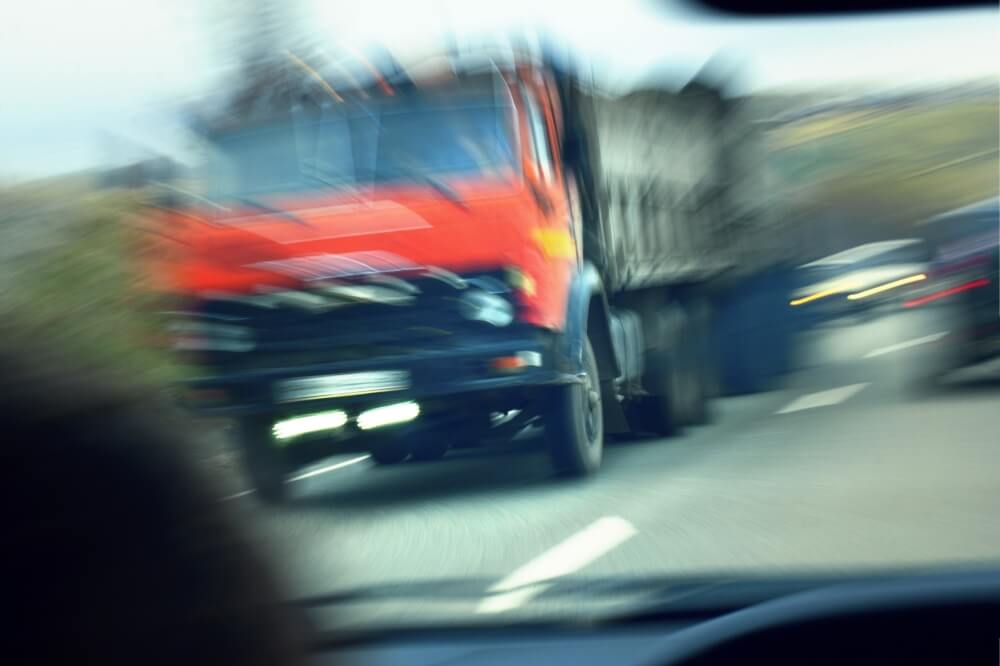 Maxing out the machine

Okay, so some sports vehicles roar and purr, and almost will a driver to long for those highest speeds. It’s still massively illegal - but we sort of get it. The top speeds are even part of the sales spiel. But some cars just weren’t built for speed!

One man in Suffolk is a living example of going against the grain in this regard. His speeding offence wasn’t committed in some high-end luxury sports car. No. He managed to reach an awe-inspiring 154 miles per hour - in his Seat Leon Cupra! It’s worth remembering that this model maxes out, according to the manufacturer, at a top speed of 155mph, so this driver really has pushed the model to its absolute limit. We’re surprised it didn’t fall to bits around him on the road!

And precisely what did this hare-brained driver receive for their troubles? Well, this illegal driving stunt resulted in a 56-day driving ban, as well as a £365 fine.

They should consider themselves lucky after the 2017 Speeding Fine Increases - here is all you need to know!

This next driving ‘genius’ managed a real hole in one when they reached the highest speed that the Scottish police had ever recorded, back in 2003, whilst also - the icing on the cake - being already disqualified from driving. How stupid can you be?

Hitting 156.7mph on a stretch of the A90 between Aberdeen and Dundee, the driver of this BMW M3 was hit with five months in jail and a four-year driving ban, considering their disqualified status.

Back in 2015, the driver of a Nissan GT-R doing a terrifying 192mph somehow didn’t get caught on the Northamptonshire road that saw them hit these super-illegal speeds. Instead, they incriminated themselves! How you ask? Well, they ill-advisedly decided to film their foolhardy actions - presumably to show off to their mates later on. Unfortunately enough for them, they were later arrested (for offences unrelated to speeding). When the police looked through the driver’s phone, they found these incriminating videos stored, and the charge was made!

A decade-long ban from driving ensued, on top of 28 months of jail time. Worth it? We think, somehow, not!

No wonder UK drivers are caught speeding every 5 minutes, 3 out of 4 motoring offences are speeding crimes. 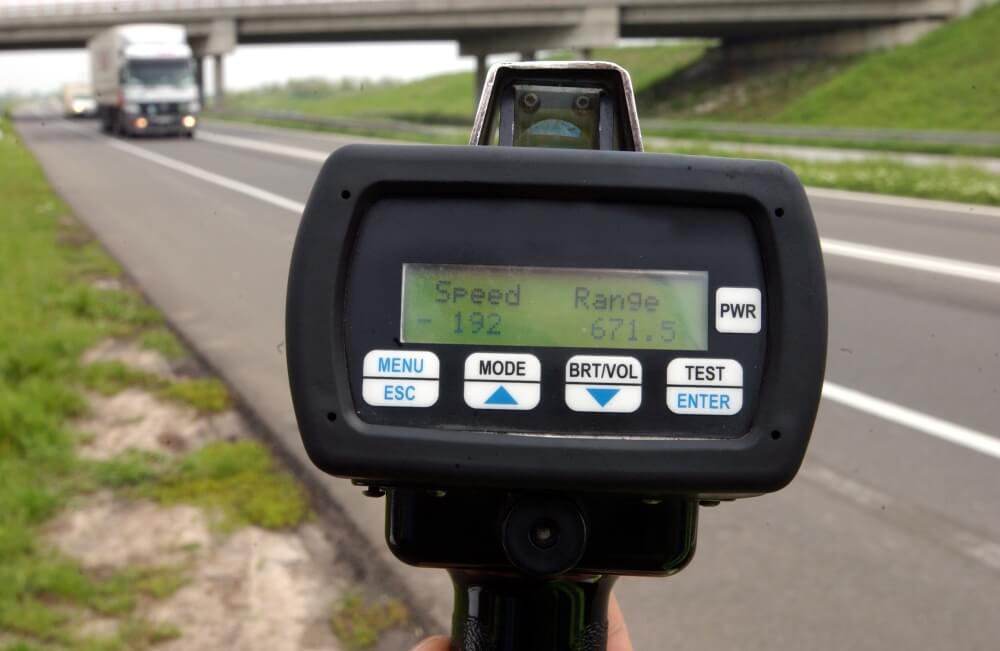 Putting your money where your mouth is

The biggest ever speeding fine given out was reportedly by the Swiss police, in Switzerland, back in January 2010. How much was the fine? Take a deep breath, because this is going to hurt. This penalty came in at the jaw-dropping sum of… £180,000! This Swiss motorist was hit with such a hefty sum whilst doing 85mph in a 50mph zone (the British equivalent of Switzerland’s 137km/h in an 80km/h zone).

Why was the Ferrari Testarossa driver handed such a very large fine? For two reasons. This was both because he was a repeat offender and because the fine was calculated based on his personal wealth - which was assessed to be a massive £14.1 million.

Back in May 2020, the Metro newspaper revealed that footage had been found online of an Audi driver filming themselves driving on a UK motorway at a staggering, sickness-inducing 201mph. To make matters worse, as they were capturing this illegal feat on camera, they had only one hand on the steering wheel.

The police of course are keen to track down the driver of the car seen in the video, which was posted anonymously online. Believed to be driving an Audi RS6, the driver captured their speedometer on video as it quickly rocketed up from beneath the 70mph motorway maximum speed limit to reach a shocking highest speed of 201 mph. Viewers of the video online have suggested that the stretch of motorway captured in the video is the M23, which runs near Pease Pottage in West Sussex. 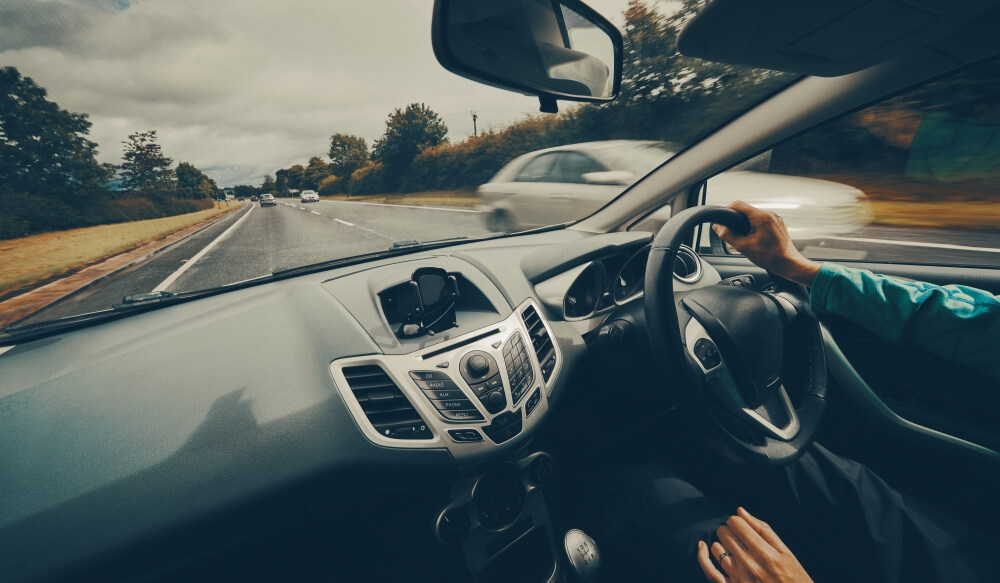 These are just five of the most astounding speeding offences we have discovered. We must stress that such inconsiderate, idiotic driving is nothing to be marvelled at - there’s nothing impressive about willfully endangering yourself, and countless others, on the roads.

Speeding is, arguably, the most obvious driving law to be broken. However, there are other driving laws you didn't know existed!

We’re in love with all things motor here at Rivervale. Whether it’s a comfy and economical car to get you from A to B or a high-end sports model you’ve been hanging your nose over, we pride ourselves on helping you find the best car to suit your needs. With no admin fees and fixed monthly repayments, why not get in touch with Rivervale today on 01273 433480 to discuss your leasing options. Alternatively, request a callback at a time that suits you.