The 2019 Geneva Motor Show was an experience to remember for any auto enthusiast – sports cars, EV’s, hybrids, concept cars, SUV’s and small cars, under one roof, all in one place! However, it was evident that electrification was the key theme at this year’s 2019 Geneva Motor show, and for good reason, especially when you consider that manufacturers will soon have to abandon internal combustion vehicles in the near future.

Want to know which new cars grabbed our attention? Read on for our guide to the best cars of the 2019 Geneva Motor show. 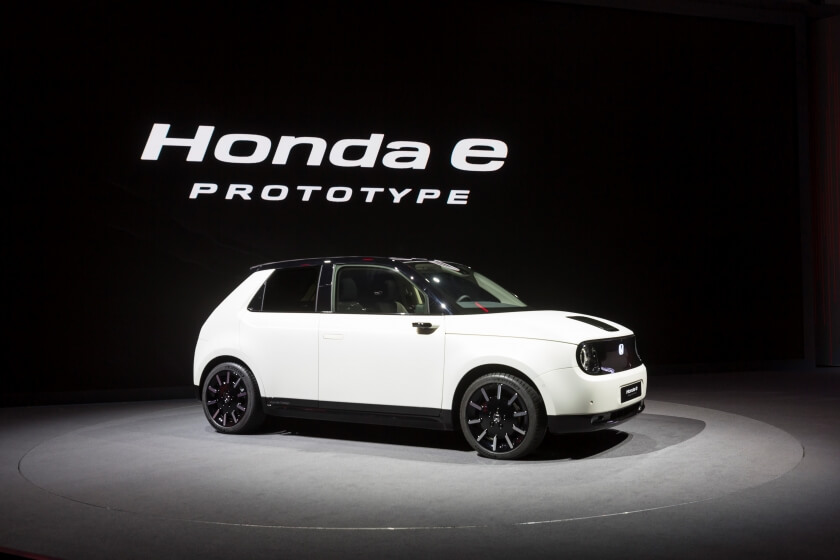 Amid speculation whether the Honda Urban EV concept would make production, it now finally moves a step closer to reality. It took the form of the e Prototype at the 2019 Geneva Motor Show. Inside, the new e Prototype has quite funky interior, and is relatively spacious for such a small car. It is shorter than the Honda Jazz and approximately 10 centimeters shorter than a MINI. 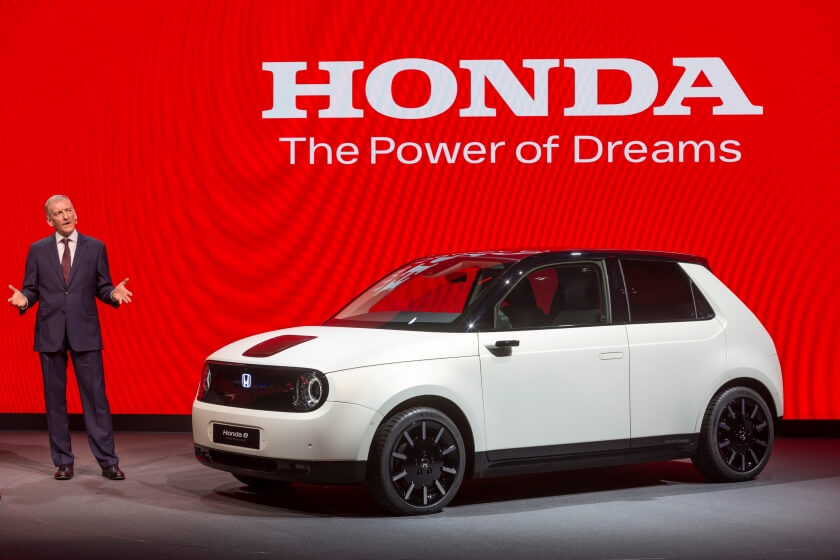 The flat floor and rear-wheel drive interior allows for such an open-feel to the interior. The wooden dash and woolen fabrics add further calm to the open interior. More impressively, the bright and clear graphics on the head up display and infotainment system also completement the natural feel. It is expected to go on sale by the end of 2019. 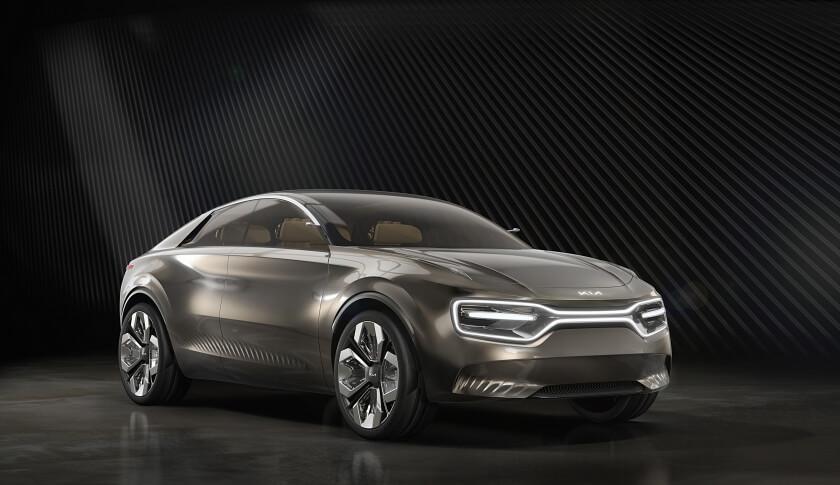 For those that love concept cars, you'll love the full-electric concept, named "Imagine by Kia." Now, it might have a funny name, however in this case the name fits, because the concept is fairly imaginary to say the least. 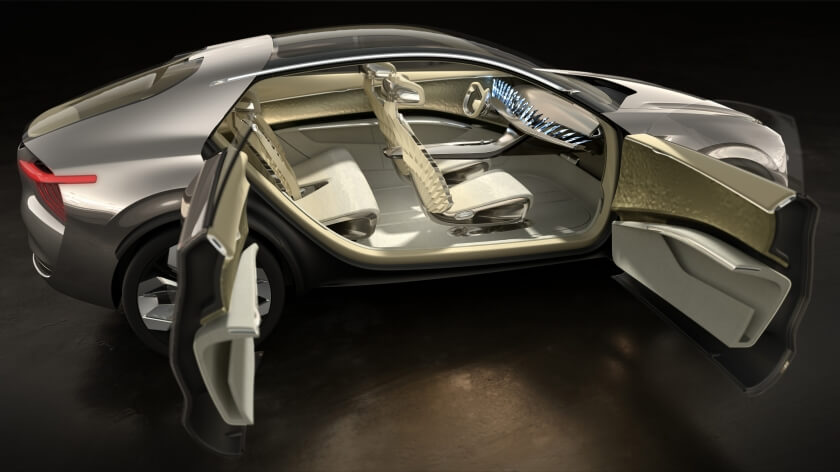 Interestingly, Kia didn't release any performance details, because it's more of a design concept, to show people that EV's can look aseptically appealing, just like any standard luxury vehicle. The sleek styling features, like the "tiger nose" fasca that lights up completely, and stinger-inspired rear lights, all contribute to the cars sporty and luxurious look. 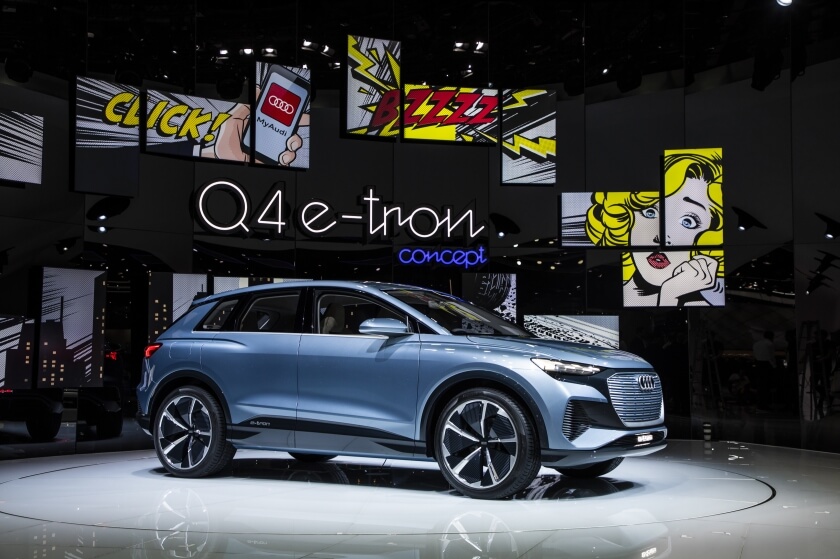 When Audi's Q4 e-tron launches in late 2020, it will be Audi's 5th electric vehicle. This SUV is slightly shorter and lower than an Audi Q5. Under the skin of the Q4 e-tron concept, it sits on a Volkswagen Group's MEB dedicated EV platform, offering a range of 280 miles and 302bhp. 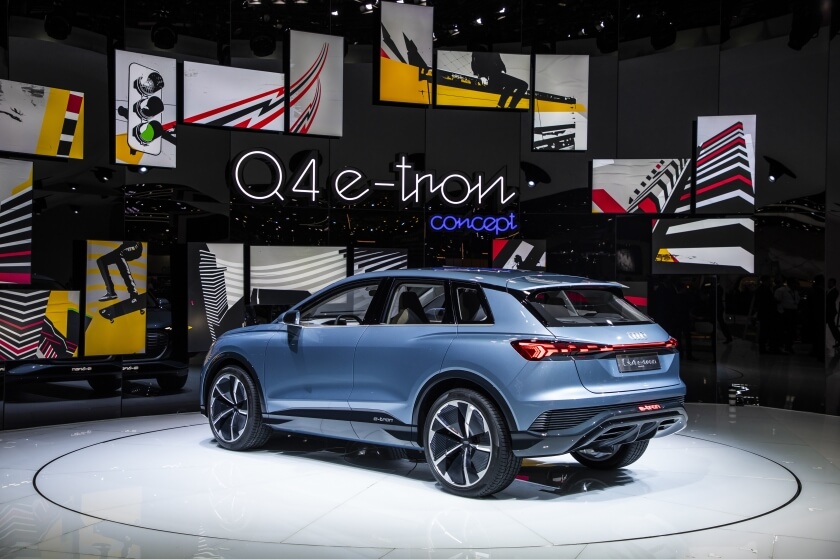 While it's just a concept car for now, the interior looks as if it can be made into a production car quite easily. Performance-wise, it takes 6.3 seconds to reach 0-62mph and an electronically limited top speed of 112mph. 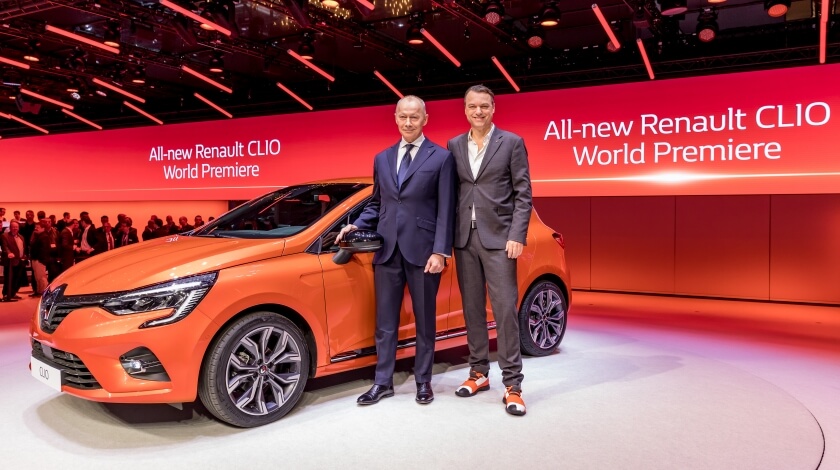 While the 2019 Geneva Motor Show was packed with some really impressive concepts, it was good to get up and close to a car that will be very real and very affordable for most buyers. The Renault Clio is advertised as being "evolutionary on the outside, and revolutionary on the inside." While the new 5th generation Renault Clio is a little bit shorter, lower and lighter from the outside compared to the outgoing model, it's the inside where the car has received most of its biggest changes. 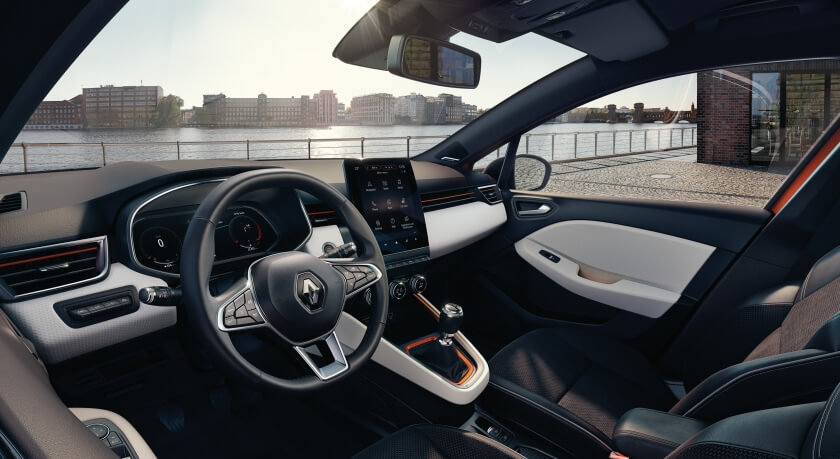 Renault has added more functionality to its interior, with the incorporation of a 7-inch or 10-inch display. The optional larger display allows drivers to view navigation information in between the virtual displays. There will be a petrol, diesel and hybrid range come 2020. The 5th generation Clio goes on sale this autumn. 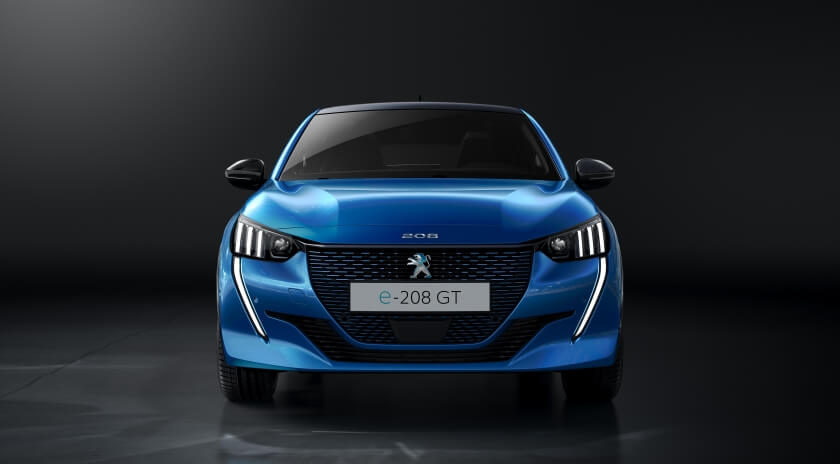 The all-new Peugeot 208 made its debut at this year's 2019 Motor Show, another very impressive Supermini. Yes, you can get it available in petrol and diesel, but for the first time there is an all-electric version available for buyers. The new 208 follows a similar design to the new 508. It has a pair of large LED headlights, and the overall body style looks more prominent and sportier than the previous model. 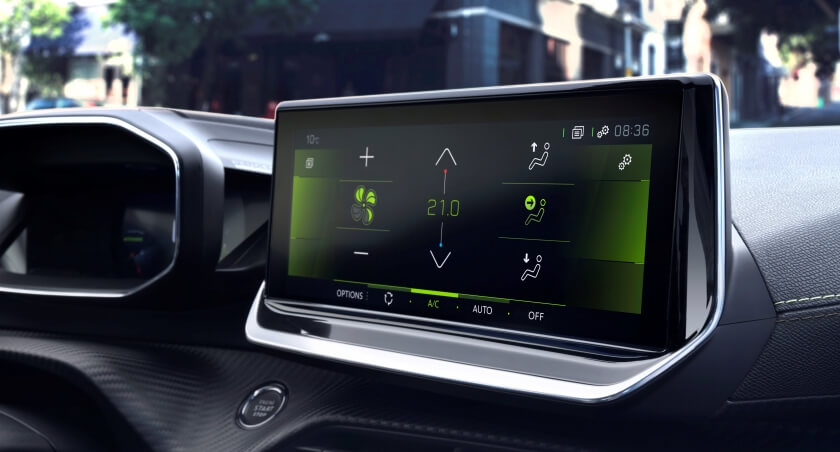 Interior-wise, it has some interesting new features such as the new i-Cockpit, which has a very graphic 3D element to it. Sitting on top of the dashboard is a floating touchscreen display. Android auto and Apple Car Play comes as standard across the range, while built-in navigation will be on higher-spec cars. The whole range goes on sale at the end of the year. 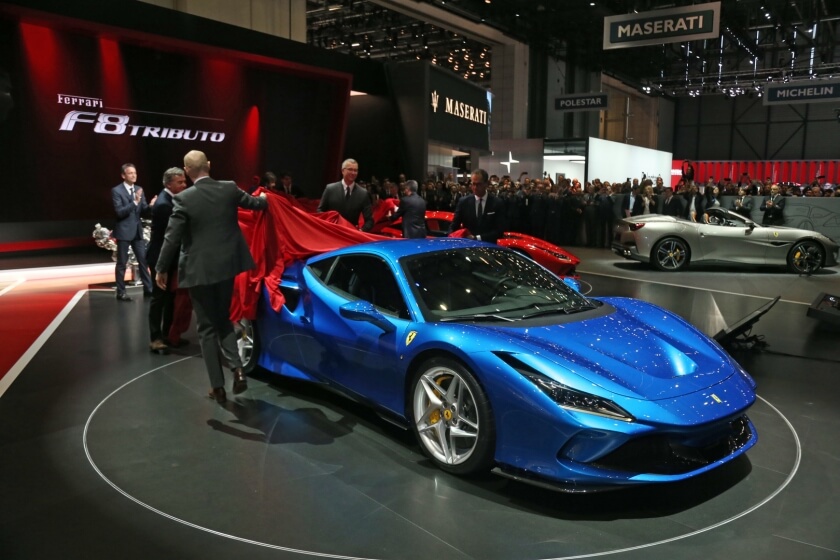 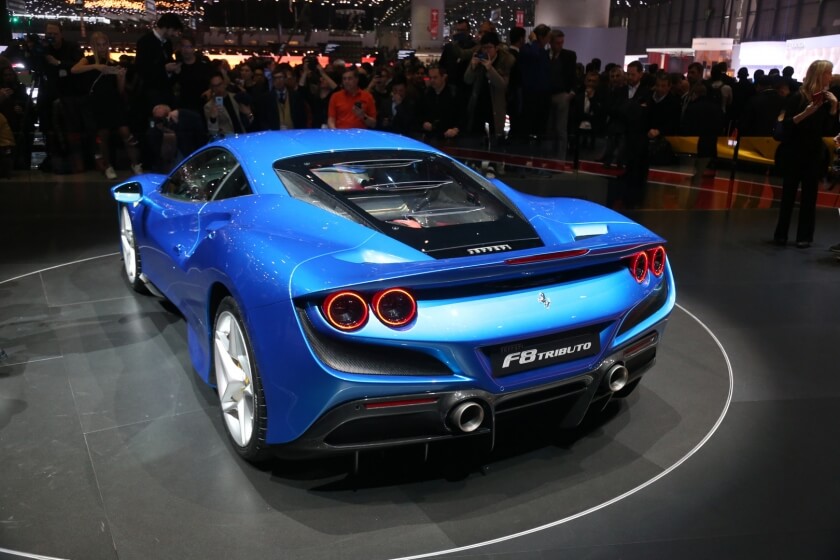 It deserves all the accolades for being best engine of the year, an award Ferrari constantly win, year after year. Interior-wise, the F8 Tributo gets round air vents in the cabin and a redesigned steering wheel. There are new controls and a new 7-inch touchscreen on the passenger side of the dash. 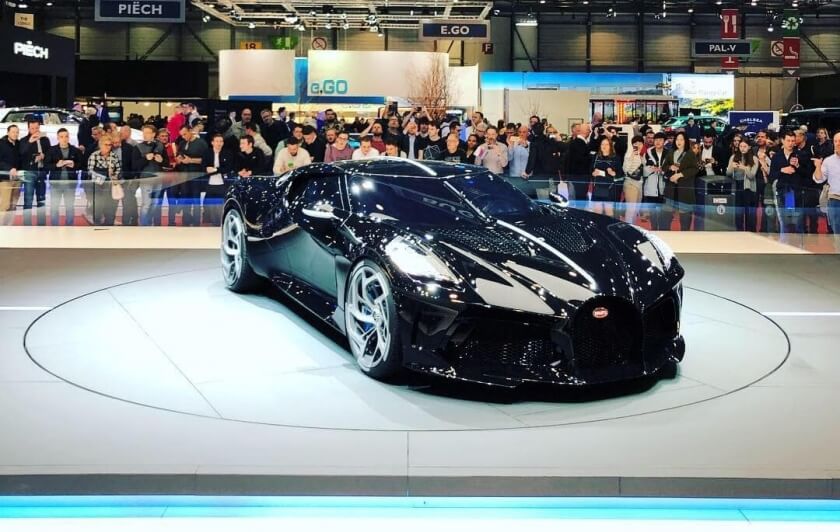 Another sports car to grace the 2019 Geneva Motor Show was the Bugatti La Voiture Noire - French for " the black car" - was sold for a record-breaking price of 11 million Euros (9.5 million pounds before tax) - making it "the most expensive new car of all time". 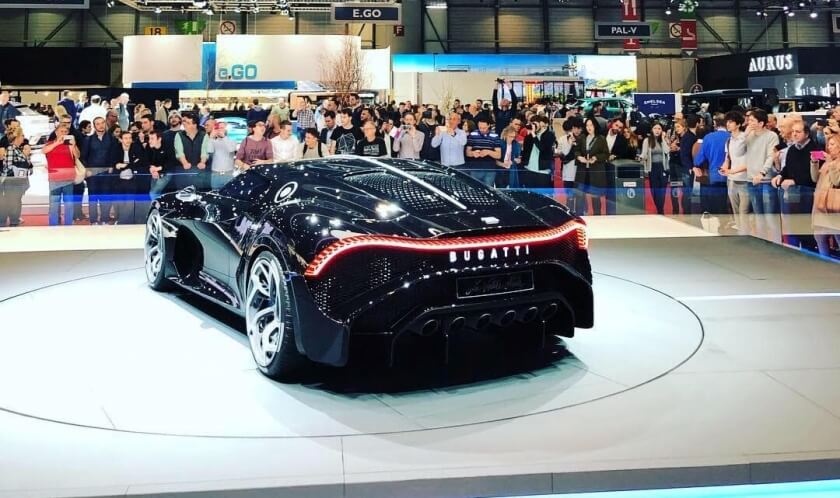 Based on its appearance alone, you can see exactly why it was sold for such a large sum. Its appearance is inspired by the Type 57 Atlantic. Upfront, the headlights are smoothly integrated into the slim looking body and the windscreen seems to flow seamlessly into the windows at the sides. 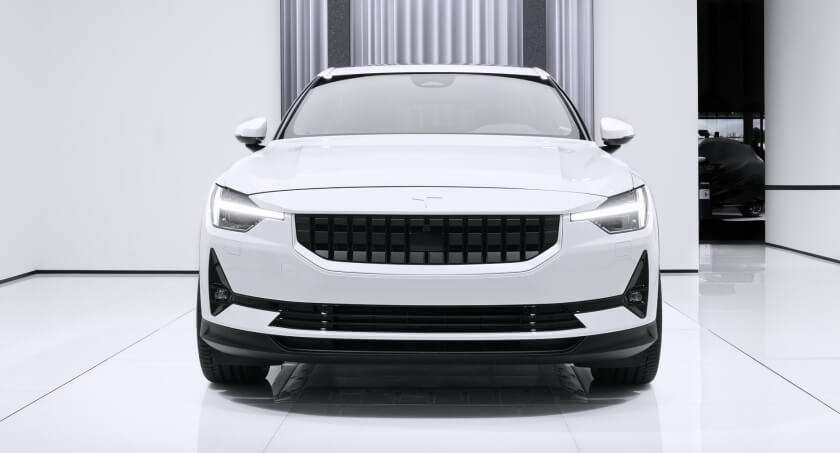 The Polestar 2 is Polestar's 2nd production car. The Polestar 2 is a direct competitor for high-end electric vehicles like the Tesla Model 3. It is a 5-door fastback saloon built on Volvo's all-electric CMA platform. 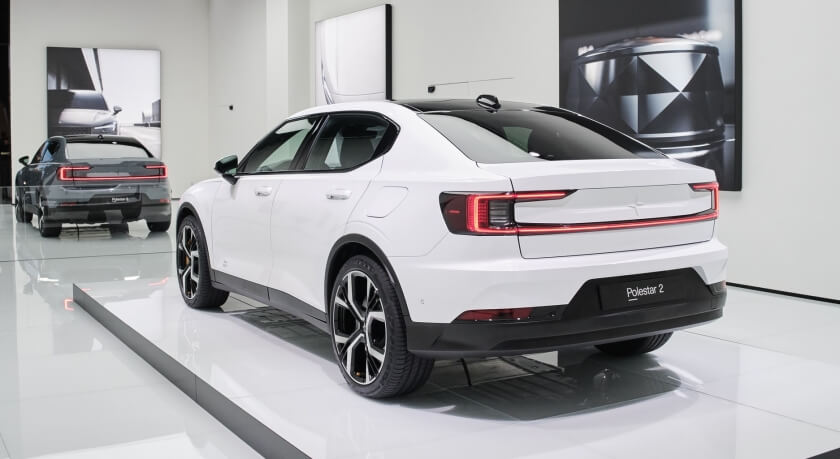 The car uses the power from the two electric motors to deliver 396bhp and 660Nm of torque, and goes up to 0-62mph in less than 5 seconds. The polestar can target an all-electric range of 311 miles, so it is really competitive with cars like the Tesla Model 3 and Jaguar I-Pace. Prices will start at £35,000 increasing to £52,000 when it goes on sale later this year. 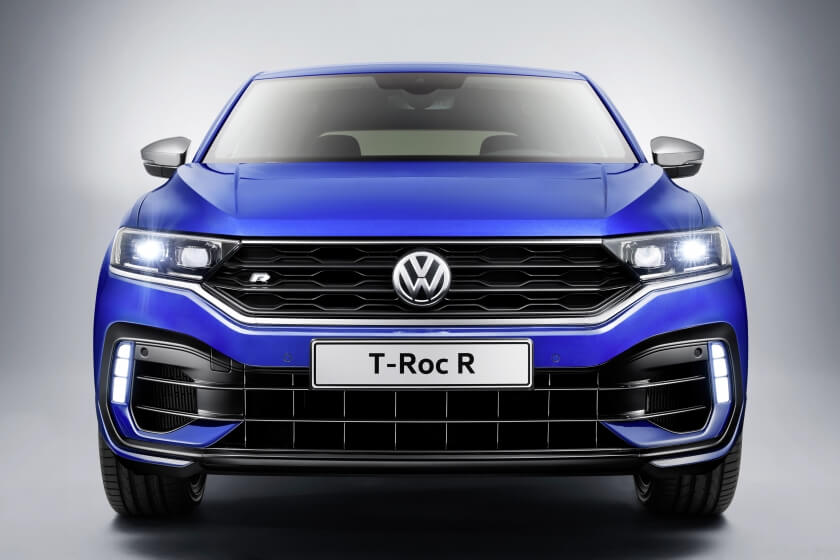 The Volkswagen T-Roc R debuted at the 2019 Geneva motor show, and it didn't disappoint. It is the newest member to the T-Roc family and is powered by the same 300hp 2.0 litre turbocharged petrol engine as the VW Golf R. Like most cars at the 2019 Geneva Motor Show, the T-Roc R is extremely fast, and goes up to 0-62mph in 4.9 seconds, while its top speed is electronically limited to 155mph. Styling-wise, you can tell it's a Volkswagen T-Roc, except it looks more prominent and sportier. There is a new large grille, matt chrome mirror caps, a small roof spoiler and R badges are plastered all around the car, from the front to the back. 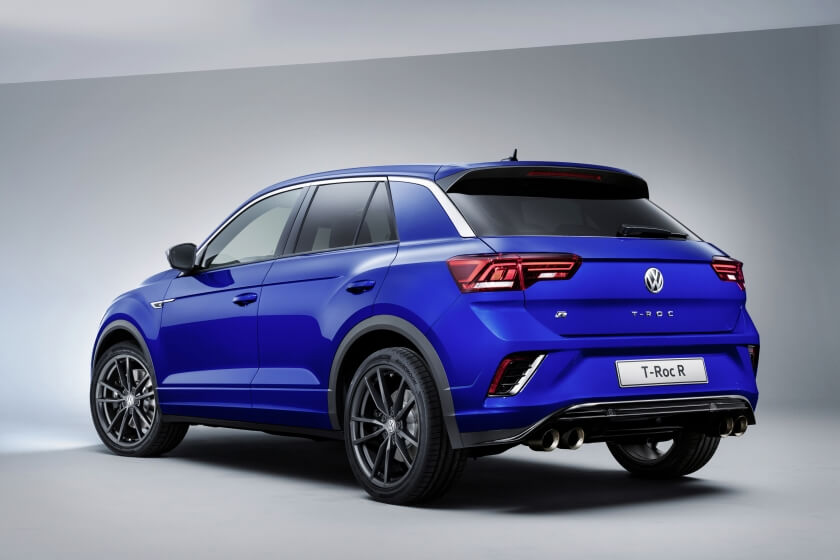 18-inch wheels come as standard, with 19-inch wheels being optional. Let's not forget the VW trademark quad rear pipes, with the Akrapovic system as an option if you really want to get people's heads turning. As for the interior, there are some distinct new changes. Most noticeably, there is a new sports steering wheel, new leather sports seats, and more carbon fibre trim. The car can fit up to 5 passengers including the driver, and the boot is large enough to easily handle a couple of suitcases. The T-Roc R SUV will compete against other premium performance small SUVs like the Audi SQ2 and BMW X2 when it goes on sale in the Autumn.