The Technology Behind Self-Driving Cars Explained!

Driverless cars have always been iconic among sci-fi lovers and James Bond fans alike. But self-driving cars are no longer a futuristic fantasy. Some day soon, whether you like it or not, you may come into contact with them daily. But how do they work exactly, and what are their advantages?

With big names like Volkswagen, Mercedes, and Nissan all working on their autonomous vehicles, it’s time to look at how these cars will change our lives. Let’s explore the finer details of driverless cars. 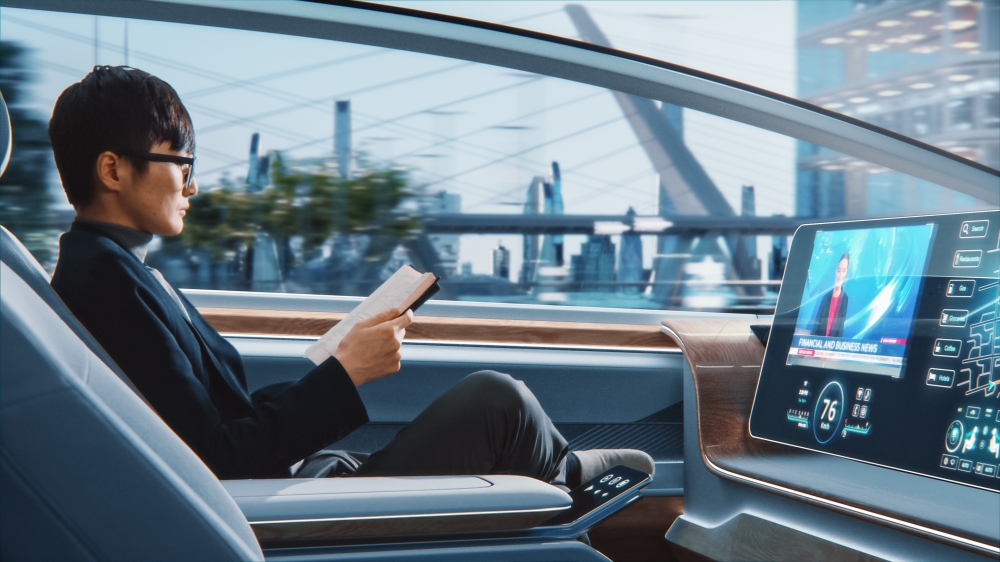 What types of self-driving cars are there?

There are lots of different types of driverless vehicles, but the autonomy of each vehicle can be ranked into one of six levels…

Level Zero: This is the car you probably have on your driveway right now. You might have some neat parking sensors, but you basically do it all yourself.

Level One: Here, you might see lane assist or a radar that automatically decelerates, but again - you’re doing it all yourself.

Level Two: Some level two-ers are on the market already, such as Tesla’s Autopilot - these cars can drive themselves in certain situations. Still, the driver always has to be ready to intervene.

Level Three: Level three means the vehicle can do most things on its own, but it requires a babysitter, so most companies skip straight to four.

Level four: This is where we get serious. The human driver may be present as a failsafe, but the car is smart enough to handle specific tasks fully or drive within a limited geographical area.

Level five: Finally, we have a car as good as - or better than - a human driver. These may not even have a steering wheel!

How do self-driving cars work?

Self-driving cars use something called LiDAR, which stands for Light Detection and Ranging. LiDAR projects a steerable infrared laser beam that allows the vehicle to “see” everything around it. By timing how long the waves take to bounce back from, say, a cyclist, the LiDAR can create an image of all of its surroundings. In the meantime why not find out how to parallel park?

But LiDAR isn’t enough on its own. While it can detect an object three feet in front of it and it can understand the shape of that object, it can’t tell the difference between, say, a tire or a plastic bag. That’s where vision systems come in. Not only are cameras cheaper than LiDAR, but they are better for reading signs and telling if someone staring at their phone might be about to accidentally walk into your path. 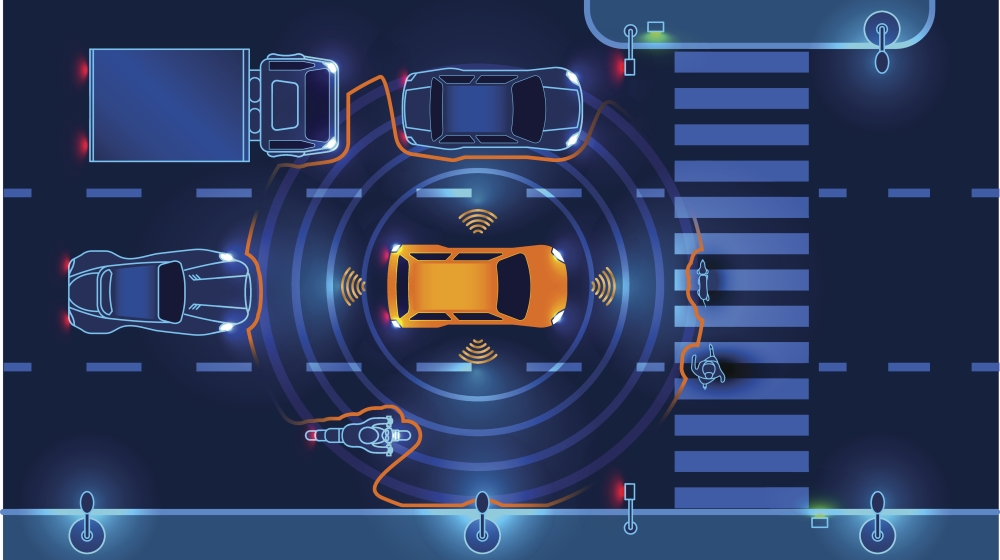 The obvious benefit of a self-driving car is that you don’t have to drive. Sure, nothing beats getting behind the wheel when you’re a real petrolhead, but for running errands, picking up the kids, or visiting friends on the other side of the country, you’ll find yourself with a lot more free time when you don’t have to pay attention to the road. You can put your feet up, read a book, watch a movie, do work or spend time with your family - the possibilities are endless. The compound effect of this is that people are willing to commute for longer - meaning you can live further from the city. Cheaper mortgages and bigger gardens? Yes please! Saving money is the key for many in these trying times! Money is yet another factor that makes it so hard to get driving lessons and tests in 2022.

As well as people being willing to commute for longer, their commutes will also be quicker. Driverless cars are set to be faster than manual cars - especially when everyone has them - because they will be more efficient than human drivers. This means shorter journeys, good news for the environment, and less land dedicated to parking.

The big thing driverless vehicles have going for them is that they’re set to be a lot better at driving than we are. Autonomous cars never get sleepy, distracted, or tipsy. They have maths on their side and are able to predict all the possible outcomes of a road situation in real-time. That’s not to say there will never be autonomous car collisions, but we do expect to see a massive drop in road accidents when driverless cars become the norm. But first, autonomous vehicles have to win the trust of the public and be allowed by government regulations. While you wait, why not find out about some driving laws you didn't know existed?

Which companies are working on self-driving cars?

There’s no shortage of self-driving concept cars to browse through, with Volvo even including a bed in theirs. But a few companies are leading the charge, with various levels of autonomy already available.

Google has been speeding ahead with its Waymo driverless vehicles. Residents of Phoenix, Arizona, can hail an autonomous vehicle as easy as booking an Uber, and recently Waymo scrapped the safety driver for their own employees. On a mission to create the best driver possible, these cars have racked up more than twenty million miles of real-world driving and twenty billion in a simulation. They also transport goods autonomously with their Waymo Via offering.

Tesla is, of course, already rocking the level 2 Autopilot feature. Having sacked off LiDAR entirely in favour of vision systems, Tesla’s vehicles can steer, accelerate, and brake within their own lane. The Navigate feature of Autopilot steers you towards your motorway exit and can pick you up in a car park. New Tesla cars are built with all the hardware they need to one day be fully autonomous - once that’s allowed. This isn't the first time Tesla has been a step ahead of the curve. For example, they are opening a supercharger network to all EVs! 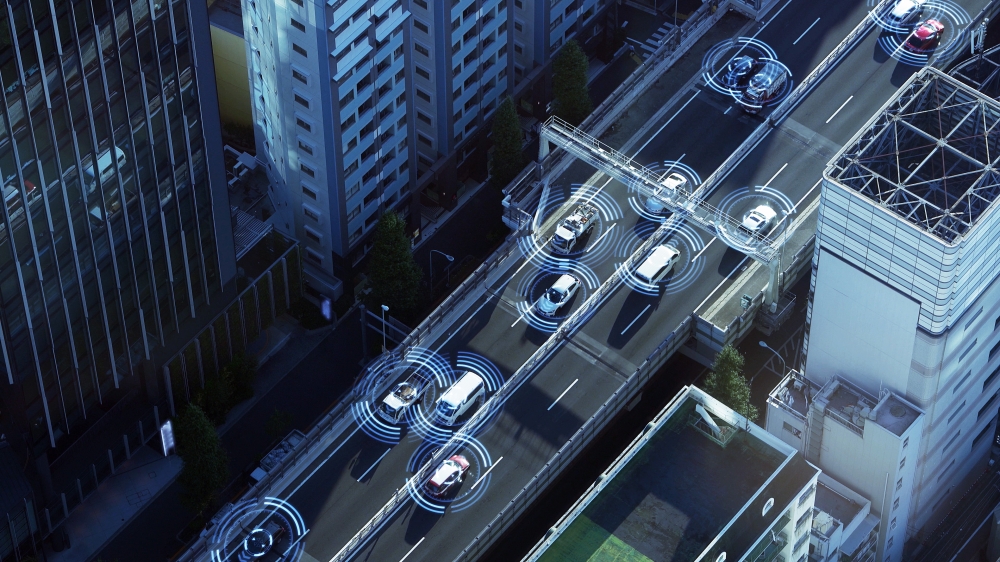 When will self-driving cars be available?

We’re not sure exactly when driverless cars will be available, but we know we are getting close. There are some level ones and twos already on the market, but for fours and fives, we are going to have to wait a while. One of the biggest challenges slowing driverless cars down is public trust and government regulations: Audi has level 3 technology that is still awaiting legislative change to catch up with it. Waymo’s ex-CEO John Krafcik suggested we may be decades away from autonomous cars being commonplace, and drivers may have to take the wheel again when sensors are blocked by bad weather.

With that being said, autonomous vehicles have the potential to save us time and save a lot of lives too. Transport may become more efficient, more economical, and more environmental. Driverless cars are set to change the way we move around the world for the better - so stay tuned.

Get in touch with Rivervale today on 01273433480 to discuss car leasing, and see if we can match you with your ideal model. Alternatively, you can request a callback for a time that is convenient for you!