Congratulations to Land Rover …….. After 67 years they have built their 6 Millionth vehicle!

The first ever Land Rover was built in 1948, now the 6 millionth car was shown off at Shanghai Motor Show and is a Range Rover LWB Vogue SE that was built on April 2nd. This landmark edition will remain in China where Land Rover have been enjoying a growth in sales since the newest version of the Range Rover was released in 2012. In a happy coincidence this year marks the 45th anniversary of the original Range Rovers launch. Of the 6 million Land Rovers out there a massive 900,000 are Range Rovers.

The celebration Range Rover LWB Vogue SE has very few changes, in recognition of the milestone vehicle it has been made with a special puddle light projector, beaming the Land Rover Logo, along with 6,000,000 April 2015 onto the ground. 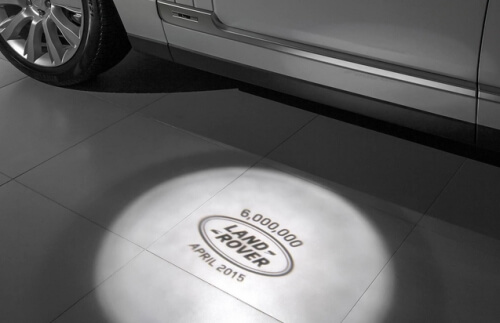 Land Rovers popularity has seen a rise in recent years with 2 million of the total 6 million Land rovers being built in the last 8 years, with new model the Evoque, Range Rover Sport and Discovery almost certainly helping to boost sales.

If you love Land Rover you can find the full range to lease on a business lease or a personal lease here.

The Most Expensive Number Plates