Using FOI requests to 50 UK councils, Rivervale has investigated 21,106 vehicles reported abandoned during 2021 to find out the most common and where this is happening most frequently.

There are a number of reasons a car might be abandoned, from it having been stolen and dumped to it reaching a state where the owner can’t afford to shell out for repairs or towing costs. According to the UK Government website - a car can, at their discretion, be considered abandoned if it meets any of the following criteria:

The trusty Ford Transit topped the list of most commonly abandoned vehicles in 2021 in terms of individual reports. With 610 instances across the 50 council jurisdictions we sent FOI requests to, that’s the equivalent of 12 of them being abandoned every week. 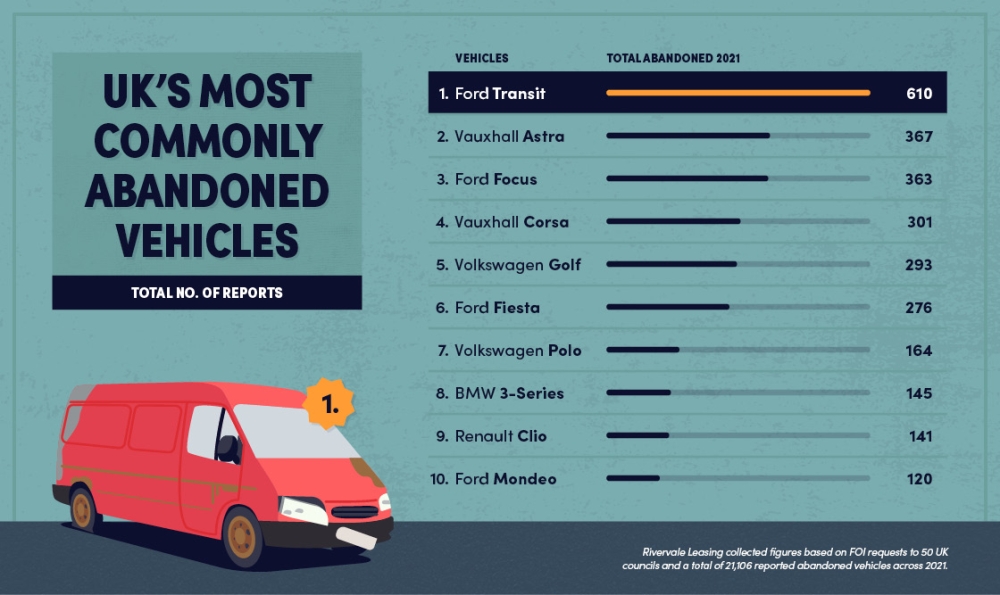 The Ford Transit may have the higher total number of abandonment reports, however, when looked at proportionately against the number of licensed models in the UK, the Suzuki Vitara was the most likely vehicle to be reported abandoned in 2021 followed closely by the Peugeot 206. 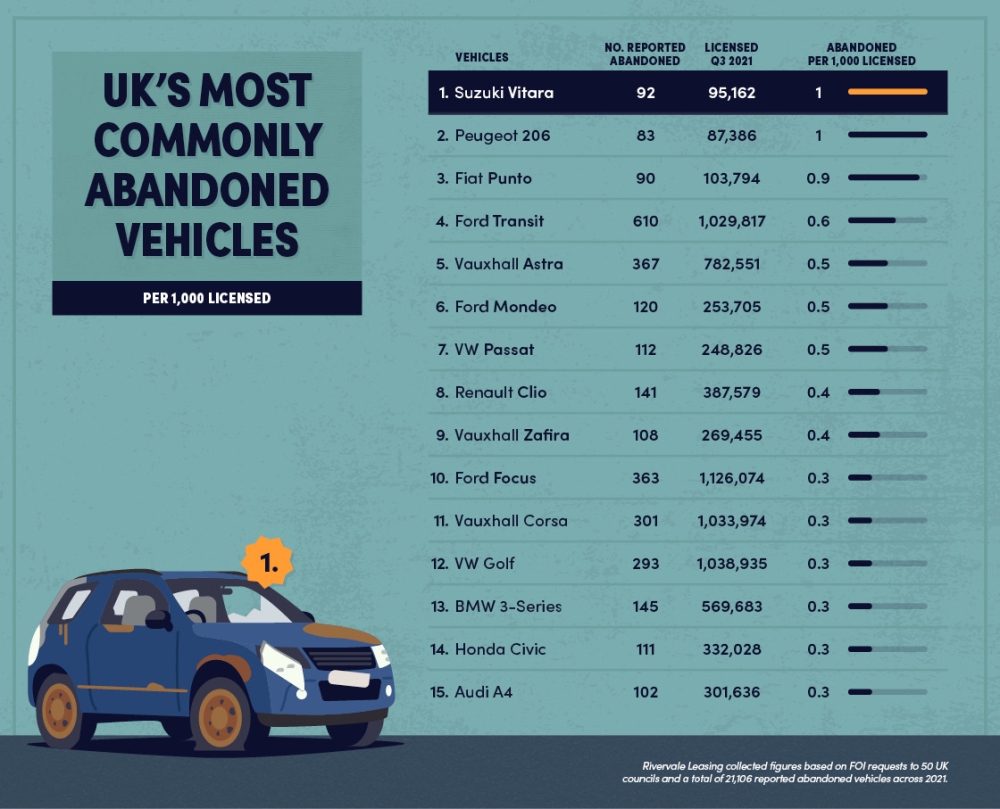 Ford may be the UK’s fourth best-selling car brand as of 2021 but it tops the charts by quite a wide margin when it comes to the amount reported abandoned by the councils in our study with 2,216 in total.

The rest of the top three is rounded out by British mainstay Vauxhall in second place with 1,508 reports and the current UK best-selling brand Volkswagen in third with 1,149 abandoned across the year. 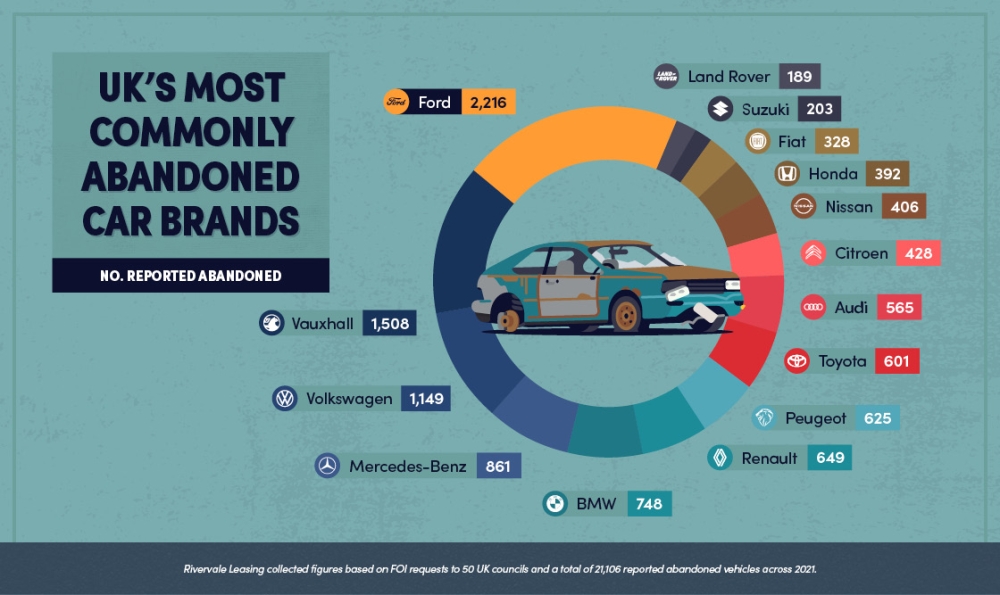 Of the 50 councils we contacted and those that responded to provide us with the information requested - Bradford in West Yorkshire reported the most abandoned cars within their jurisdiction. They passed along a list totalling 3,561 vehicles across 2021. To put this in perspective, that’s the equivalent of 10 cars abandoned per day.

Significantly lower than the top spot, second and third place Milton Keynes (1,869) and Barnet (1,846) were closer in reported figures - with over 1,800 vehicles reported abandoned in the space of a year - that’s around 150 per month.

What happens if you abandon a car in the UK?

Abandoning a vehicle is a crime (Section 2 of the Refuse Disposal Amenity Act 1978) and could land you with a £2,500 fine as well as three months of prison time.

If you abandon a vehicle, you’ll also be liable for storage costs or disposal and can even be disqualified from driving.

To top it off, once a vehicle has come to the end of its useful life, it can be classified as 'hazardous waste', so abandoning it could mean you’re breaching Section 33 of the Environmental Protection Act 1990 which has a maximum 5-year sentence and an unlimited fine.

How to report an abandoned car?

If you live in England or Wales and suspect a car has been abandoned, the best place to go is the UK Government’s abandoned cars reporting page.

From here you’ll be directed to enter your postcode and be given relevant council website details where you can inform the proper authorities and they can investigate.

Using FOI requests to 50 UK councils, Rivervale has investigated over 21,000 vehicles reported abandoned during 2021 to find out the most common and where this is happening most frequently. To compare abandoned vehicles with the total amount of vehicles on the road, the most recent DfT & DVLA figures were used at the time of research.