The new BMW 1 Series hot hatchback is now into its third generation and comes with front-wheel drive for the very first time since it was launched in 2004.

Following on from the 2-series Active Tourer, the 1 Series is the latest model to replace rear-wheel drive (RWD) with front-wheel drive (FWD), a major change from older models. This change in approach means BMW hopes to put their most compact and affordable car back on the map against rivals such as the Volkswagen Golf, Audi A3 and Mercedes-Benz A Class.

For starters, the third-generation 1 Series has a much more aggressive and distinctive grille compared to the previous model and is standard on every 1 series. It follows the design on the new 3 series, with the kidney’s merging in the middle. The front end is completed with new and more horizontally drawn LED headlights, which makes it easy to see at night, too. The lights are slimmer and the grille is wider, giving the new 1 series a more sporty and more modern look. 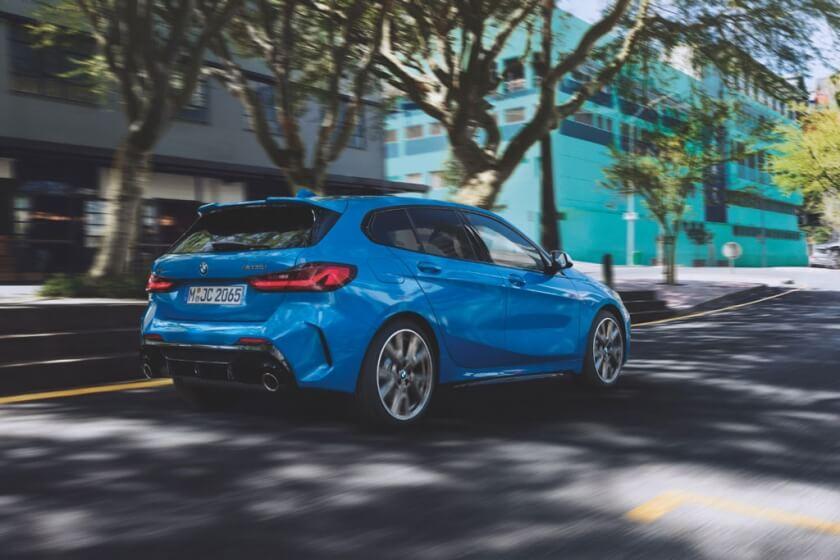 There are some significant updates at the back of the 1 series, most notably the new rear headlights which come with LED as standard, as well as the exhaust system. From the side view, the bold proportions and agressive styling makes the 1 series look extremely compact, dynamic and agile. In addition, the car is wider (+34mm) and taller (+13mm) than the older model.

Inside the 1 series: interior features, technology and boot space

On the inside, the new 1 series gets a 8.8-inch touchscreen on the dashboard as standard, and you can either operate it via the iDrive controller found in between the front seats or the touchscreen display. Like the 3 series, buyers can opt for the Cockpit Professional pack if they want the bigger 10.25-inch touchscreen, which can also be controlled via gesture controls. Both gesture control technology and the head-up display come available as an option. All models come as standard with air-con, Bluetooth, BMW Live Cockpit Plus, Apple CarPlay, cruise control, LED headlights and front and rear parking sensors. 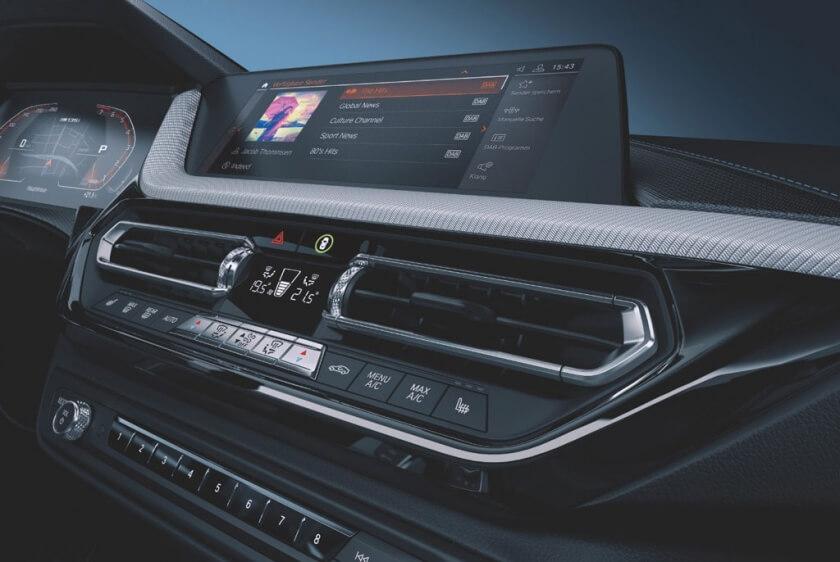 Every model comes with BMW’s Intelligent Personal Assistant, an artificial intelligence-powered system to help drivers communicate with their cars as they do with their smartphone devices. You must say ‘Hey BMW’ before the system complies with your request. It can put up a destination into the sat-nav and increase the temperature if you say ‘I’m cold’. If you say ‘Hey BMW I’m tired’, it will turn up the air con, the music and the ambient lighting just so you wake up. Every model also gets a sat-nav, and a digital instrument cluster with a clear round speedo and rev-counter. The seats offer sublime comfort, especially if you upgrade to M Sport leather seats with Alcantara upholstery. Adjustable lumbar support comes as an optional extra on all trims, and there’s plenty of steering wheel adjustment on offer, too.

Although the 1 Series may appear more compact and smaller from the outside, there’s actually more room when you sit inside than the older model. There’s more headroom and legroom for passengers to sit comfortably in the back. The boot has increased by 20 litres to 380 litres. In fact, this matches the Volkswagen Golf and beats the Mercedes-Benz A-Class by 10 litres. You get a 40:20:40 split in case you want to fit more objects into the back of the car - for example, a set of golf clubs or luggage for a weekend getaway. Lower the rear seats and the total boot capacity is 1,200 litres, 67mm wider than the old model. 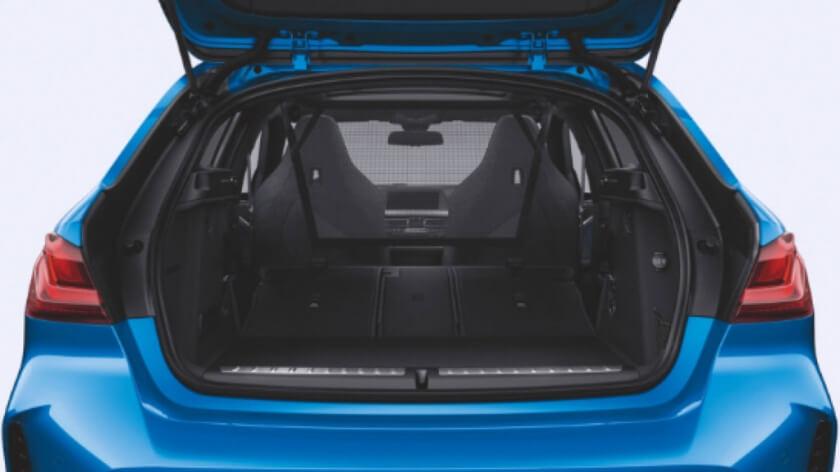 There are 3 core models of the 1 Series to choose from. Beginning with the entry level SE and ending with the top ranging M Sport model with Sport in-between.

Examples of the features found on each trim level can be seen in the table below;

Every model comes available with manual and automatic gearboxes. BMW have also developed front-wheel drive handling for the very first time, unlike any other 1 series previously. It also comes fitted with what BMW call Contigous Wheel Slip Limitation which is designed to improve traction, cornering and driving in wet/wintry conditions.

“The front-wheel drive BMW 1 Series is great to drive and now has more space, making it a great all-rounder”

Petrol engines will come with a straight choice between the 134bhp 118i three-cylinder turbo petrol, 181hp 120i four-cylinder turbo and M140i hot hatchback, which has a 335bhp 3.0-litre straight-six and twin turbos.

To get your desired spec level BMW offer a range of packs that you can add to your vehicle. Examples of packs on the BMW 1 Series and what these contain can be seen in the table below;

If you would like to discuss BMW 1 Series car leasing options with an Account Manager – give us a call on 01273 433 480 or request a callback today.