The BMW 8 Series Has Returned!

The BMW 8 Series has been missing from our roads since 1999. Prices will begin at £76,000 and the fastest model will reach 62mph from a standstill in 3.7 seconds.

Exterior features of the BMW 8 series

The exterior of the BMW 8 series features a stretched bonnet, low sloping coupe roofline, sleek narrow headlights and a refreshed design for the iconic BMW kidney grille. The M Sport model will come as standard, so each 8 series will have an M Sport rear spoiler and M Sport brake system.

At the front are adaptive LED headlights and huge air intakes. The car will stand on 20" alloy wheels with gills found behind the wheel arches. It is slightly shorter than the 7 series with a length of 4,843mm, height of 1,341mm and width of 1,902mm. The roof of the 8 series is made of carbon fibre to keep the weight low.

Interior features of the BMW 8 series and technology

On the inside Merino leather is used for seating and for trims on the dashboard and doors. The front sports seats are a new multifunctional design and the sound system is by Harman and Kardon. The rear view mirror is frameless and all come with head-up display as standard.

The BMW 8 series will feature the latest iDrive infotainment system with 10.25" screen. Control can be via a rotary dial, voice commands or gesture control. The instrument cluster will be visible on a 12.3" digital display, which can be customised to show sat nav instructions or traditional dials.

Standard technology will include automatic cruise control and automatic emergency braking. For an extra cost you can include BMW Personal Co-Pilot which will drive autonomously on motorways as well as in slow moving traffic, all you need to do is keep your hands on the wheel.

BMW has also refreshed the idea of the car key with the 8 series, as a digital key will be offered. You would download this key onto your smartphone, then you just need to hold your smartphone over the door handle and the car will open. To start the vehicle your phone will need to be placed in the wireless charging zone at the base of the central console.

You can also opt for an easy release boot system if you will regularly need to use the 420 litre storage space offered. This works by using a foot gesture underneath the rear of the vehicle to automatically open the boot when your hands are full. 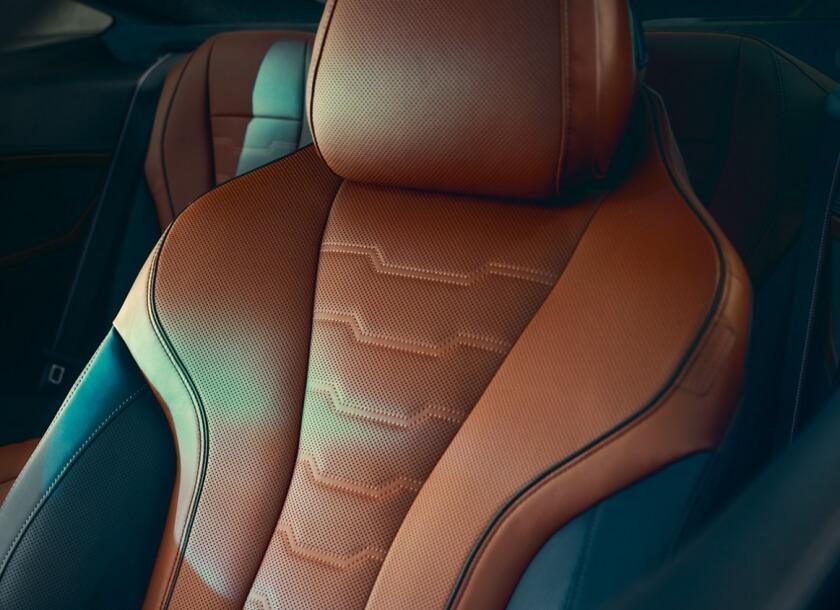 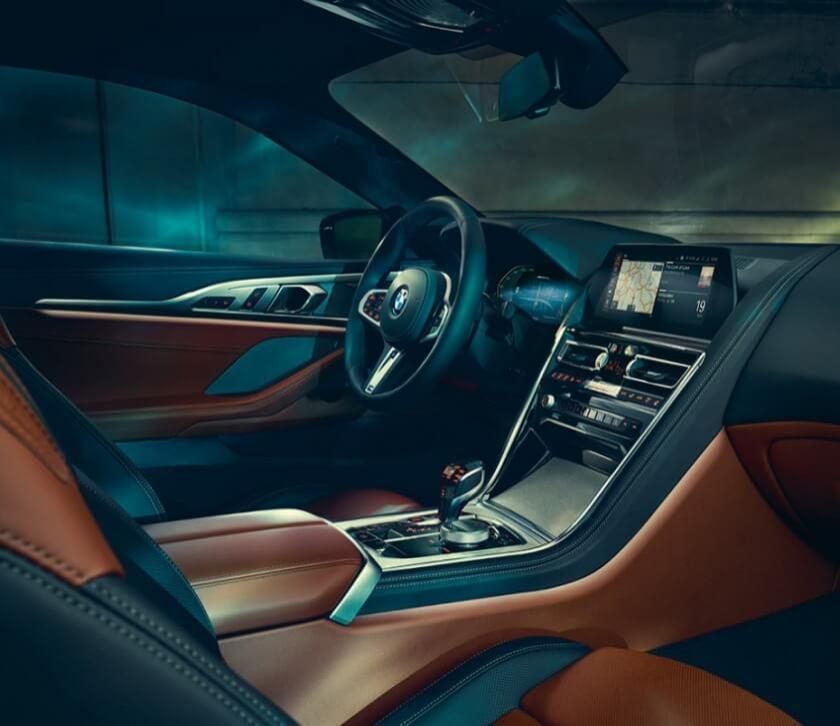 This year there will be two engines to choose from. The TwinPower Turbo 8-cylinder petrol M850i xDrive will have 530bhp and 700Nm of torque. Reported 0-62mph time is 3.7 seconds with fuel consumption of 28.3mpg. If you were hoping to get a few more miles for your money the diesel engine may be for you. The BMW 840d has a TwinPower Turbo 6-cylinder engine with 320bhp, 680Nm of torque and a 0-62mph time of 4.9 seconds. This engine produces around 46.3mpg.

All models in the 8 Series will be all-wheel drive and use an 8 speed automatic transmission which is cleverly linked to the sat nav, so it can change down the gears when you are approaching a junction to support braking.

There will be a M8 version of the 8 Series appearing next year which is tipped to be the fastest and most powerful production BMW model ever released, prices for this model will start in the region of £130,000. 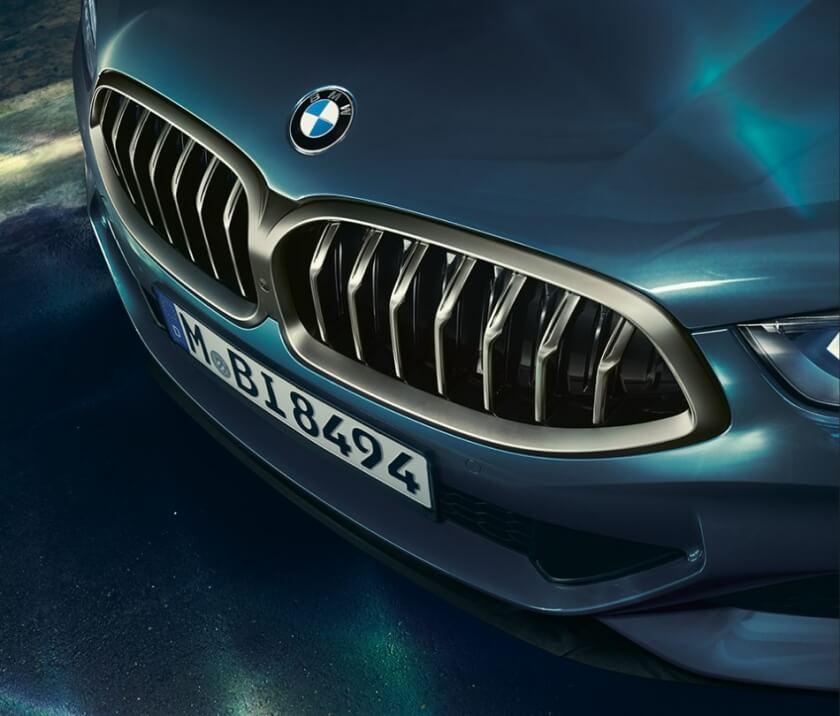