The new generation of young people wanting to drive has increased, yet there is some things holding them back, which lead to a plunge of 18% less new drivers since 2007. This blog will explain the Pro's and Con's of learning to drive at a young age.

Pro's and Con's of being a new driver

READ MORE - Everything to know about your photocard licence

In the first 3 years of driving you are 7 times more likely to crash than someone who is not.

Lets talk about the dreaded Black Boxes... Are they worth it? Do they really make your insurance cheaper? Do they help increase your driving confidence? I have a black box myself in my car, I will also discuss my opinions in this.

Here at Rivervale we are interested to see what people think about black boxes as they have a lot of controversy for both sides. Out of the 16 people we asked, 12 of them agree that black boxes are a good idea, the other 4 said they think they do not help or are not a good idea. This information is displayed in a graph below. 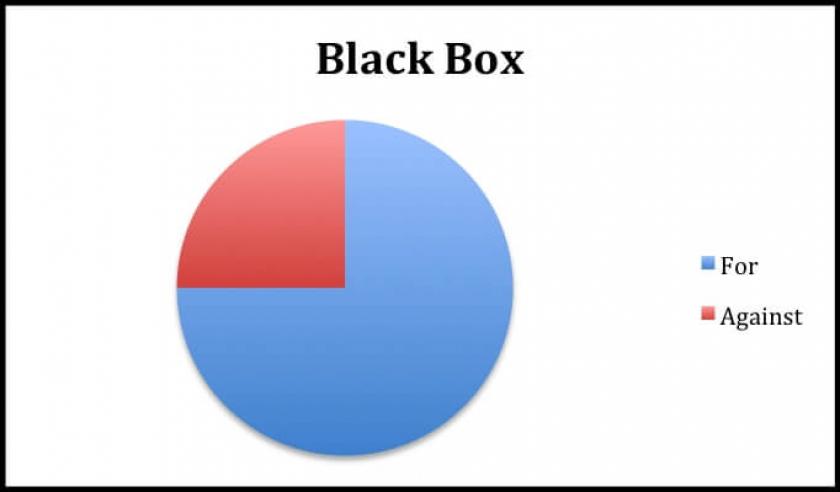 Although they are a good idea to help lower insurance and assure that you are driving to the speed limits etc., they cannot physically see what is happening. So for example if you have to swerve, speed up or brake to get away from a potential hazard, all your black box would think is that your drive like a maniac!

70% of people with a black box will save on their insurance due to the information the box has received. This means the majority do save or get money off of their next premium.

Personally I think that they are a good idea as the majority do save, however I think that they should be more of an optional extra with insurances. I was not able to find an insurance quote, which did not include a black box no matter how much the premium went up! If it was optional, careful drivers who want to save could, whereas people who do not need their costs reduced or do not like the idea of constantly being monitored could opt out of having one.

Why is insurance for new drivers so expensive?

This will also depend on which insurance category your car is in. The category will depend on the cars BHP, engine size and make/manufacturer of your car. If you have a very powerful 3-litre engine, which does 250BHP, then your insurance category will be high resulting in you paying more to be insured. The opposite would be a small 1-litre engine with 50BHP. This would be lower and the premiums would be much cheaper. The categories go from 1 – 50, from low priced to high price. The categories also depend on the security of your car. If it is easy to break into and steal then it will be higher as it is more likely to get stolen.

New Drivers In Other Countries

Other countries have different driving laws to us here in the UK. One of these includes what age you can learn to drive or get a provisional licence. For example in France you can drive at the age of 15. That’s 2 years earlier than the UK. However you will have to drive with supervision and a restricted licence will be in place until you are 18.

In the opposite direction, Niger in Africa doesn’t allow you to drive until you are aged 23! 5 years over the international average! Most countries in every continent have a law that you have to be 18, however this does not restrict you from driving without consenting adults or with supervision etc. The lowest age I could find for driving is South Dakota at only 14 years of age! This will get you a “Restricted minors permit” which then you can increase to a full licence once you have passed your test.

What do you think about Black Boxes? Let us know!