The New Toyota Corolla is Available to Lease Now!

Want to get behind the wheel of the new Toyota Corolla? Great, because it is now available to lease! The all-new Toyota Corolla combines luxury styling, superior on-board space, impressive tech and comfort.

Outside, the Toyota Corolla has a really engaging design. It is full of body lines, dips and bulges, which makes it look a lot cleaner and more modern than the outgoing iM model.

This is all credit to Toyota’s New Global Architecture (TNGA), which can be used on small compact sports cars, large cars and SUV’s. TNGA provides a quality driving experience, combining excellent stability with responsive steering. Upfront, Corolla gets a large grille that sits below Toyota’s redesigned blacked-out crosspiece with the Toyota badge incorporated just above. The design of the crosspiece blends nicely into the J-shaped bi-beam LED-headlights. 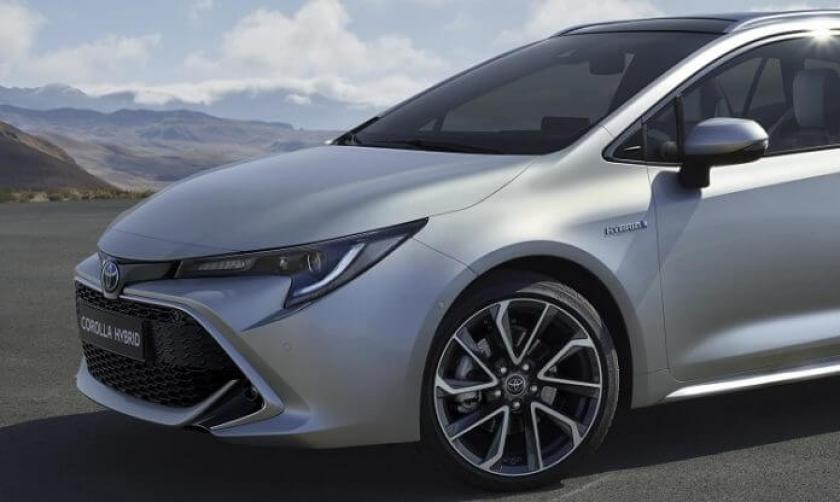 The engaging design from the outside carries in on the inside, too, particularly the creased edges and sharp lines on the dashboard. The new generation Corolla incorporates a similar interior design to the Toyota C-HR and Toyota Camry. It's been given a huge visual lift, as well as the materials. Leather is used across the entire dashboard and has been embroidered to perfection!

There is an 8-inch touchscreen with physical shortcut buttons round the outside, which is relatively easy to use, plus a neat instrument cluster filled with blue-glowing instruments. Entune 3.0 comes as standard on all the Toyota Hatchbacks. In this suite includes: Apple CarPlay, Amazon Alexa Connectivity, App Suite Connect, Siri Eyes Free, Bluetooth, USB and auxiliary ports, and voice recognition. 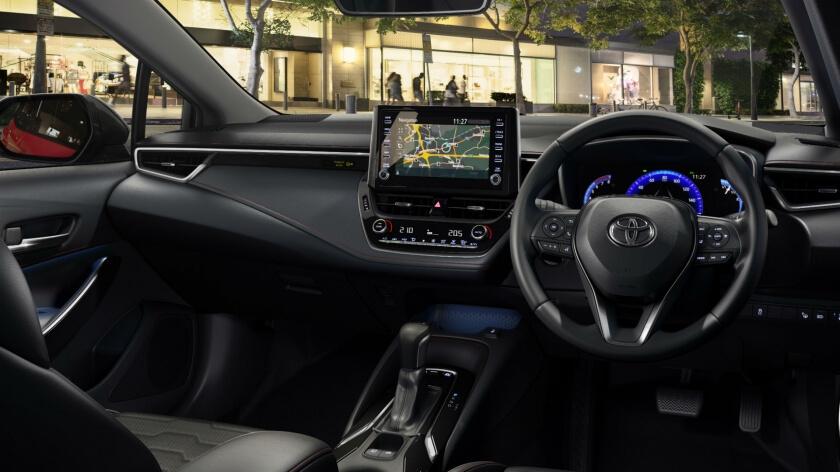 In addition to interior, the new Corolla is designed to give all passengers the space and comfort they need so that they can feel at ease on their journey ahead. The total boot capacity for the Corolla is 360-litres. While this is not a huge amount of boot space, it is bigger compared to the current Auris. However, if you desire more space, you can fold down the rear seats at the press of a button. The reversible boot floor will help offer additional space, too. The more practical Touring Sports (Estate) will have a 598-litre capacity. If boot space is your top priority, then the Touring Sports is perhaps your best option.

What engines are available?

Buyers can select from three engine choices for the new Toyota Corolla at launch. The entry-level engine is a 1.2 litre turbocharged petrol that turns 114bhp. The 1.8-litre four-cylinder petrol engine features on other Toyota hybrids such as the latest Toyota Prius and Toyota C-HR. It turns 121 bhp and goes up to 0-62mph in 10.9 seconds.

Toyota have also added a new 2.0-litre self-charging electric powertrain to the range so it can compete with rivals like the Volkswagen Golf, SEAT Leon, Vauxhall Astra as well as family-friendly SUVs like the Nissan Qashqai and SEAT Ateca. It produces 178bhp and goes up to 0-62mph in 7.9 seconds, which is pretty quick to say the least. The 2.0-litre returns fuel economy of 86g/km of CO2. All models come with a continuously variable transmission (CVT) as standard so they should be very smooth and quiet on the motorway. Every Corolla in the UK will be sold with an automatic gearbox and only hybrids will be available. A Saloon version will also join the the hatchback and estate to form a trio when UK sales commence next month (pictured below). 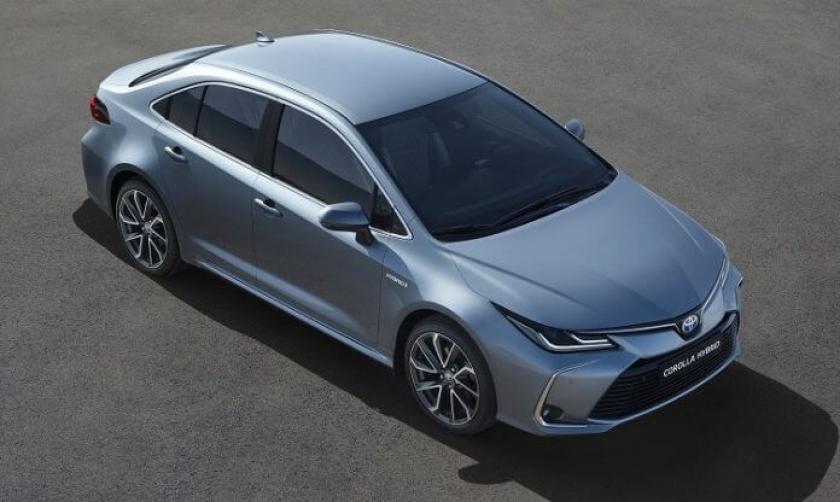 The new Toyota Corolla will be available in four trim levels: Icon, Icon Tech, Design and Excel. Learn more about the core equipment specifications of the Hatchback and Touring Sports models as per the table below;

The new corolla is the first to adopt New Toyota Safety Sense, to help drivers become more aware of other motorists or pedestrians, significantly preventing any risk of an accident occurring. Standard features that come available in the suite across the range of models include; Pre-Collision System with Pedestrian Detection, Lane Departure with Steering Assist, and Dynamic Radar Cruise Control, which helps drivers to be more aware whilst driving! There is an Automatic High Beam System, which is another great feature for improving drivers’ overall awareness and decision making on the road!

There are plenty of other features outside of that suite. The new Toyota Corolla comes standard with a Star Safety System, which features an advanced suite of integrated safety technologies. The features that make up the Safety Star System are: Enhanced Vehicle Stability Control (VSC), Traction Control (TRAC), and many more!

For more features you can add packages to your new Corolla Hatchback or Touring Estate, including:

If you would like to discuss Toyota Corolla car leasing options with an Account Manager - request a callback today.

Are you excited for the release of the next generation Toyota Corolla?