You would be forgiven for asking ‘who are Faraday Future?’ This company no one has really heard of has made a dramatic entrance to the electric vehicle segment promising a car with artificial intelligence and faster than gravity acceleration, giving Tesla their biggest competition yet.

Who are Faraday Future?

Faraday Future only emerged in 2014. The name comes from ‘Faraday’s law of induction’, an important principle in electric motor technology discovered by English scientist Michael Faraday. In a Faraday Futures mystery there has never been an official announcement on who the CEO is. We do know that since 2014 the number of employees has grown to around 1400 with Head Offices in Silicon Valley and Southern California. Faraday Future has created an elite workforce recruiting former employees from Tesla, Apple, GM, BMW, Audi, Ferrari and Lamborghini. 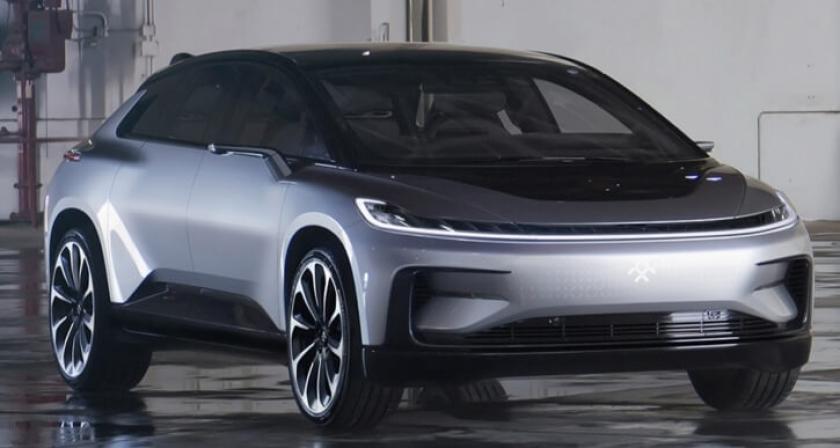 According to the Faraday Future website, their newness to electric vehicle manufacture creates a unique approach to drive forward technology.

“We are starting with a clean slate, and are more able to tackle challenges such as autonomous driving an battery range with a novel, uninhibited approach.  Instead of attempting to retrofit existing products and outmoded practices to the task at hand, we face it head on with original concepts and new technologies." - Faraday Future

Faraday Future has now revealed its first ever production vehicle called FF 91, at the Consumer Electric Show in Las Vegas. People were so impressed that 64,124 reservations were received in the first 36 hours. When you compare this is to the 250,000 reservations placed when Tesla announced their Model 3 in the same time frame, Elon Musk is probably not overly concerned.

Range anxiety is the biggest concern drivers have over electric vehicles so Faraday Future had its engineers working on new technology, and have achieved the world’s highest energy density for a production automotive battery. This puts the adjusted range at 378 miles, but when driving at a constant speed of 55 mph the FF 91 has reportedly achieved a very impressive range of 482 miles. 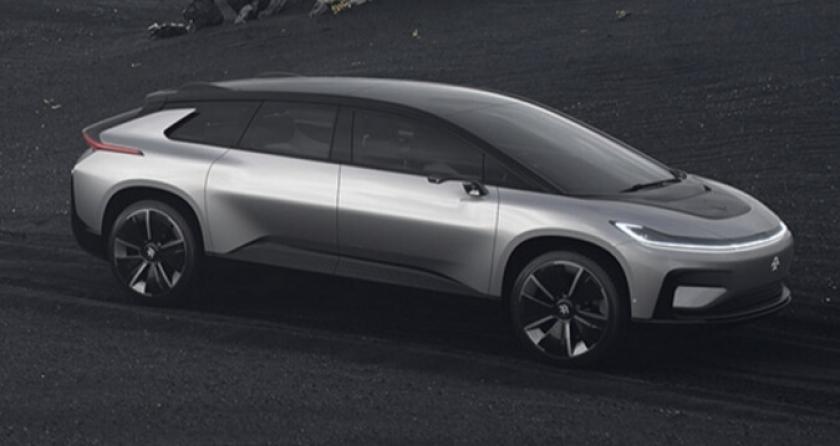 Not only has it got the best range, the FF 91 is also now the fastest production vehicle in the world with a 0-60 mph time of only 2.39 seconds in what Faraday Future has labelled 'faster than gravity acceleration'. To achieve this a 130 kW battery is used which creates just over 1000 hp. With a 200kW DC charging system 500 miles of range can be gained in only an hour. At home a 15kW AC will produce a 50% charge in 4.5 hours.

Technology in the FF 91

Technology features heavily throughout the FF 91, it even has its own artificial intelligence. Drivers and passengers will have their own FF ID, as you use the vehicle it will collect data on all your preferences and learn from them as time goes by. So your seat position and song list is selected automatically for you, no matter which FF 91 you step into and the correct assistance settings for the present weather conditions are activated.

Read More: Tesla Model 3 The Most Affordable Tesla Yet

Facial Recognition Technology has replaced the need for any key as the FF 91 will recognise you as you approach the vehicle, this is keyless entry in its truest form. Door handles have also been made redundant with door opening now via touch buttons.

Not to stop at a few firsts, the FF 91 is also the first production vehicle to use Lidar, this is a 3D technology that uses pulses to scan surrounding, among to 30+ sensors, cameras and radars in use. The ability to create such a clear image of the environment allows for valet parking.

See More: Find an Electric Vehicle to Suit Your Budget!

The FF 91 is capable of finding a parking space and parking itself without the driver being in the vehicle. You can even call your FF 91 back to pick you up, or set a time you would like to be collected from your phone. Even the rear seats are noteworthy, zero-gravity seating allows the rear seats to recline back to 60 degree angle, another first as the current best in class is 43.5 degrees. The panoramic glass roof is made from smart glass that once touched can enter eclipse mode, darkening for privacy or shelter.

Would the FF 91 tempt you to go electric?