Do you drive into Central London regularly for work? Tired of paying the London congestion charge? We feel you - this Rivervale guide gives you information on all of the best London Congestion Charge-exempt cars for 2019, so that you can save a fortune and not feel as if you’re wasting your hard-earned cash on trips into the capital …

The London congestion charge has massive implications on motorists who regularly drive into the capital between 7am and 6pm. Each trip into Central London costs £11.50 a day (or 10.50 if you set up an Auto Pay account), which adds up to more than £50 a week and £2,500 annually! That’s a huge amount of your wages going towards the London Congestion Charge, minus how much you spend on petrol across the year.

This ultimately means that In order to avoid paying those hefty charges, you’ll need to consider the following;

NOTE: As a way of encouraging drivers to go electric, the government now offer an electric car grant, worth £3,500.

Not only are hybrid and electric cars free from the non-congestion charge, they also offer FREE road tax, and you don’t have to be concerned about the T-charge anymore, making these type of cars perfect for driving to and from the capital.

Here are our top 8 Congestion-Charge exempt cars (in no particular order). 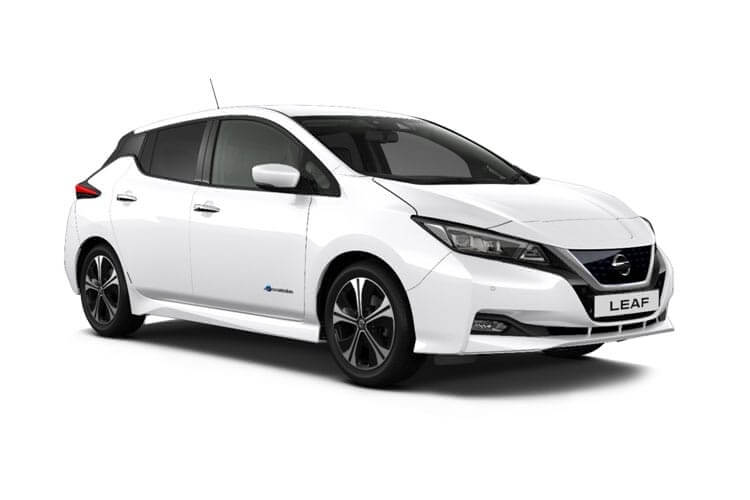 When it comes to searching for an electric car with decent electric range, the Nissan Leaf is a standout option. There are two battery packs with substantially different ranges: a 150 miles for the base and 236 for the new Leaf e+ Plus. The Leaf uses a single permanent electric motor powering the front wheel, producing 147 hp and 236 Nm of torque. It is capable of going 0-60mph in approximately 8 seconds and a top speed of 90mph. Inside, there’s plenty of interior space for passengers to feel comfortable, both upfront and at the rear. The Leaf has a bigger boot capacity (435 litres) than rivals like the Renault Zoe, Volkswagen E-Golf and Nissan Qashqai.

Rivervale's Guide to the Nissan Leaf

If you’re looking for an electric car on a budget that is exempt from the Congestion Charge and the ULEZ, then the Renault Zoe should be right at the top of your shopping list! It has a 80kW motor which gives you about a 107 hp and goes up to 0-62mph in just under 12 seconds. As for electric range, you can expect the Zoe to cover between 120 and 185-miles-per-charge. However, this largely depends on how you drive it and the weather conditions etc. Inside, the interior looks and feels very comfortable, making it a really good car for commuting into the capital. There’s enough space for four people (inc. the driver) and a boot capacity of 338 litres (1,225 litres with rear seats folded) - which is enough to pack away two suitcases. 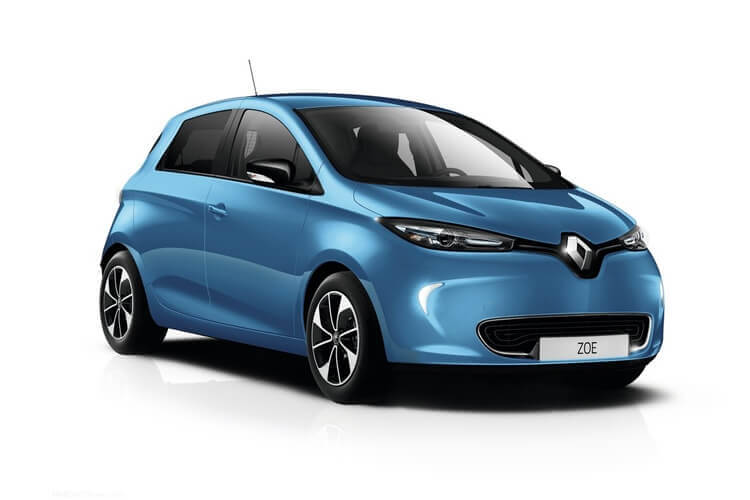 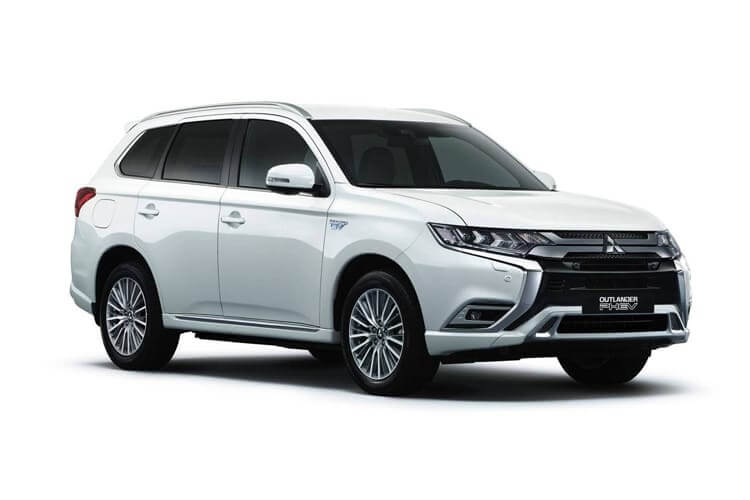 If you’re in the market for a congestion charge exempt SUV car that’s sporty, has good handling, efficient, economical and powerful, then the Mitsubishi Outlander Plug-in Hybrid (PHEV) is the car for you! It is one of the best-selling plug-in hybrid SUVs, and for good reason! Underneath the bonnet, Mitsubishi have given their latest Outlander PHEV a new, more powerful 2.4-litre four-cylinder petrol engine, and can now run in two modes: Atkinson for better efficiency, and Otto for more power and torque. There are two electric motors available: one for the front axle and one at the rear. The battery capacity also increases by 15 per cent, to 13.8kWh, so that you can drive further on electric power alone - 28 miles to be exact. In terms of the Outlander’s practicality, it has an adequate 463 litres of boot capacity. If you need more room to fit in luggage, you can lower the rear seats, which are split 60/40 across the range. With the rear seats folded, you get a maximum boot capacity of 1,602 litres.

The I-Pace uses two electric motors, one placed on each axle, which uses a 90kWh lithium ion battery. This helps the I-Pace to produce 400hp and 696 Nm of instant torque allowing for a 0-62mph time of under 5 seconds and a top speed of 124mph. It is a super fast car, and takes off as soon as you press your foot down on the accelerator. The claimed range of the I-Pace is 298 miles on a single charge. Because the I-Pace is fully electric, you won’t have to pay Congestion Charge until 2025, when all other cars won’t be exempt. 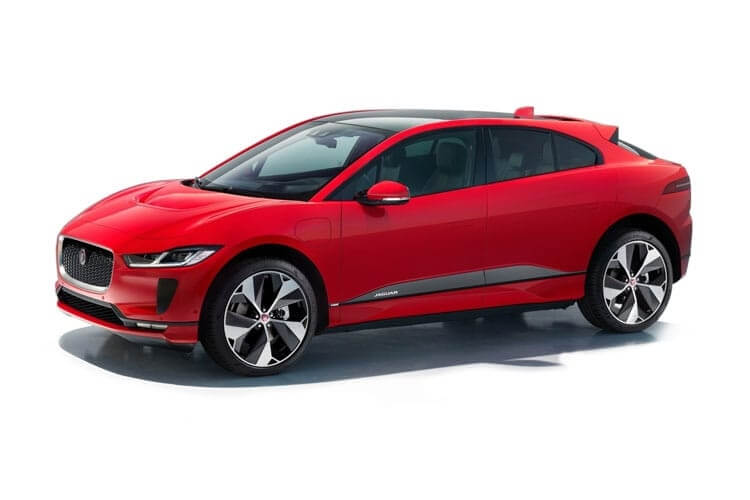 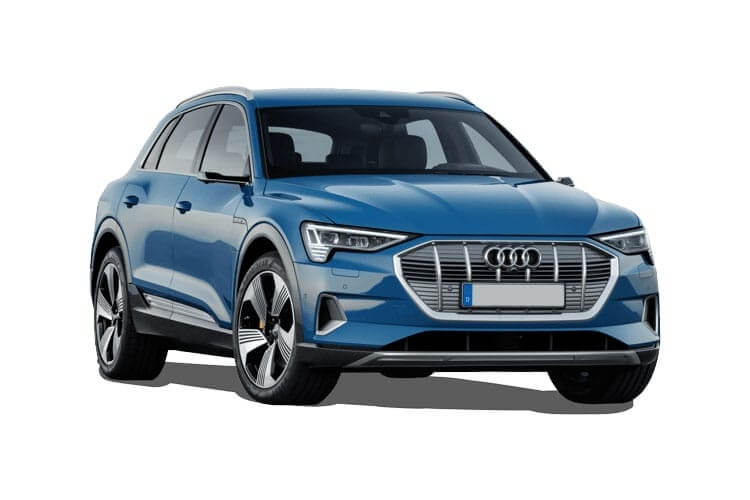 The Audi e-tron represents a new competitor for popular electric cars like the Jaguar I-Pace and the Tesla model X. With a claimed 248-mile range, the Audi e-tron is exempt from the London Congestion-Charge and the ULEZ. Underneath the skin, the e-tron uses a 95kWh battery pack that powers two electric motors which in turn sends torque to all-four wheels, one at the front and one at the back. That’ll produce 300 kWs, which equals to 408hp. However, most of the time it only delivers 360hp to save on electricity. When the car is in Sport mode, it takes the e-tron 5.7 seconds to reach 0-62mph, but when in Drive mode, it takes the car 6.6 seconds to reach 0-62mph. In terms of tech, the e-tron has some super responsive and intuitive high-definition touchscreens and optional-rear facing cameras which act as the cars wing mirrors.

The Kia e-Niro uses a 64kWh lithium-ion polymer battery pack that enables the car to travel up to an impressive 282 miles on a single charge alone. The electric mile-range is even more significant for those driving into the capital. In fact, drivers may only need to charge their e-Niro once a week. The inside of the latest e-Niro isn’t too dissimilar from previous models. The dashboard, infotainment system and passenger space has been carried over into 2019 version. The e-Niro has a boot capacity of 451 litres - more than the Nissan Qashqai. 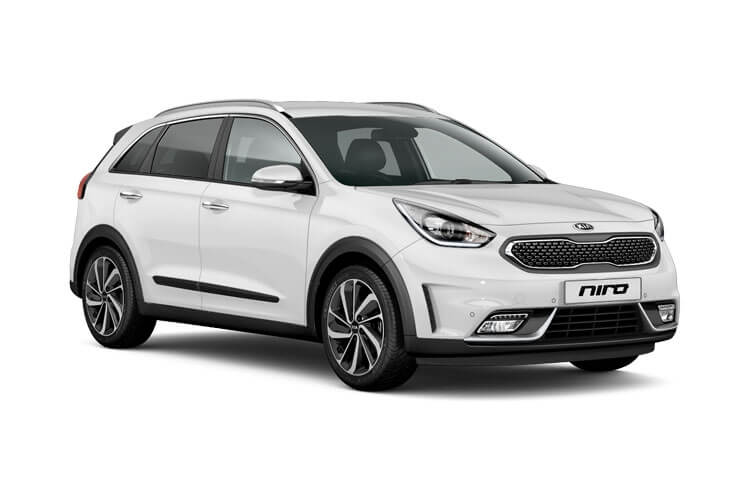 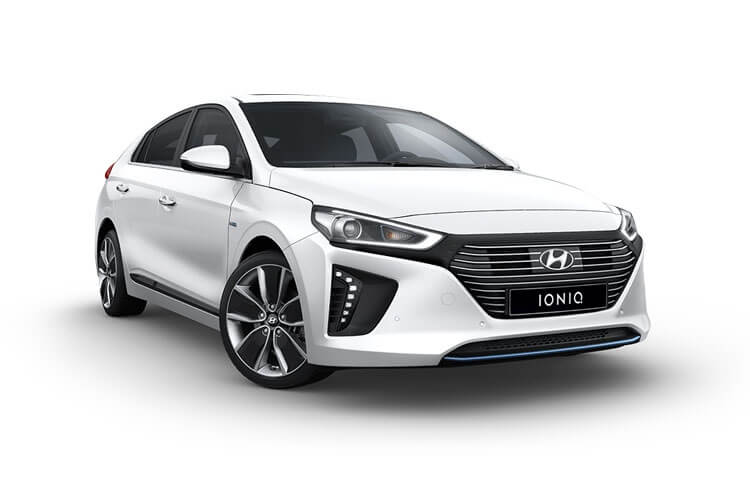 The Hyundai Ioniq PHEV is another great example of a Congestion-Charge exempt car that is spacious, efficient and is cheap to maintain. The 1.6 litre petrol engine coupled with the electric motor help to deliver 141hp, while its 8.9kWh battery pack gives it a claimed electric mile-range of 39 miles. It promises a fuel consumption of 247mpg and CO2 emissions of 26g/km. It takes the Ioniq one-and-a-half hours to fully charge from a 7kW charge point, which is very handy for people who are always on the go.

Read more: Guide to electric car charging in the UK

While the 2019 Toyota Prius might look and feel similar to previous models, it’s received some significant updates. Under the bonnet, it gets a 1.8 litre petrol engine and a larger, more powerful battery pack that offers a pure electric range of 39 miles, meaning you can cover shorter trips using very little fuel. Like the Hyundai Ioniq PHEV it takes around an hour and a half to fully charge. The Prius returns 283mpg and emits 22g/km of CO2. 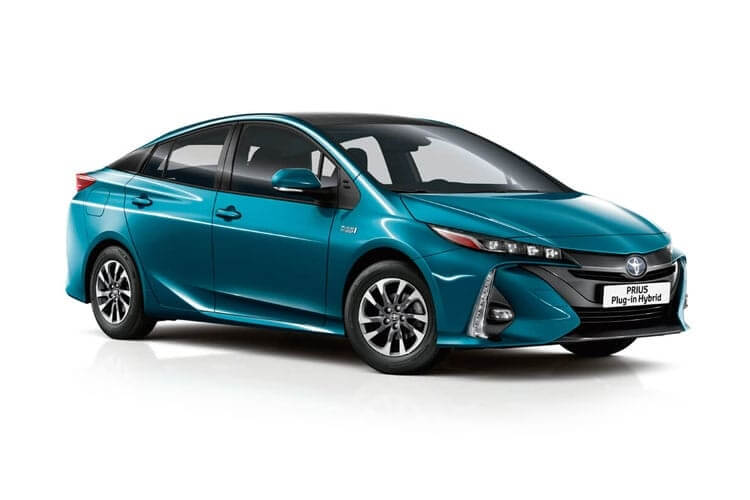