Ford has a long history of producing some of the best-selling vans across Europe. Now, their new all-electric E-Transit Custom is ready to take things to the next level. The latest version keeps the familiar Ford style while adapting to modern-day demands without affecting the environment. But can Ford really turn a traditional van electric and not compromise on space? Let’s take a look…

Get Accustomed to the Latest Electric E-Transit

Ford has always been an industry leader when it comes to strong, reliable vans. And now, the new electric E-Transit Custom continues that proud tradition. They have a history and success in this industry with the Ford Transit. The second of four electric vans planned for release, the E-Transit Custom, will follow the E-Transit onto the market.

Taking its place in the one-tonne section, the Custom will soon be ready to go head-to-head with its Citroen, Peugeot and Vauxhall rivals. If that's not enough, Ford's latest offering is also set to challenge the more established Mercedes and Volkswagen models.

The E-Transit Custom looks to take on a similar size of the existing model. With a height under two metres, it measures 4.97m long on a standard model and 5.34m with a long wheelbase. The new Custom also has a sportier look than its non-electric predecessor. This should mean a reduction in payload weight, yet Ford are looking to maintain a weight of more that one tonne. They are also planning the Custom to have full towing capabilities in the future. 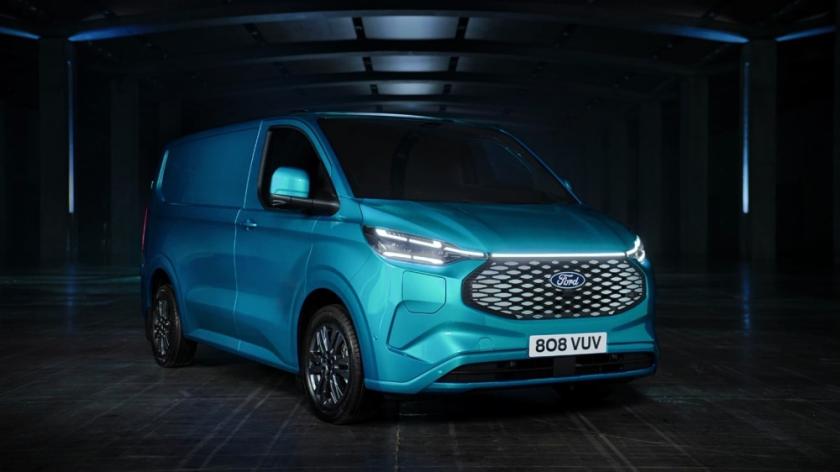 Although full details of the E-Transit Custom’s battery capacity are unknown, Ford is targeting a range between 171-236 miles. That's an impressive 40-mile improvement on the E-Transit. With such a powerful battery proposed, the range easily outperforms the Vauxhall Vivaro-e, which is 205 miles by comparison. An EV with an improved range like this is essential as we live through the UK Fuel Phenomenon, there has never been a better time to go electric!

The charging point sits at the side of the front bumper, and its ProPower software offers a guaranteed fast DC charge. Another nifty feature of the Custom is a three-point plug socket situated in the cargo area. This allows the option to draw on the van’s electric to power tools, lights and any other device they may need.

Like its predecessor, the Custom utilises Ford’s Pro telematics ‘always on’ connectivity. This handy feature allows businesses to track their fleet using real-time technology. Besides maintaining the health of their vehicles, companies can track driver whereabouts. A useful little feature to keep customers informed in the present time.

For the moment, Ford is keeping the interior of the Custom firmly under wraps. However, it’s expected to mirror the E-Transit, which has a few on-board features to assist the driver. If it follows the same pattern, the Custom will have a nice technological feel to the interior.

A centralised 12” touchscreen provides real-time feedback of speed, acceleration and deceleration. An electronic handbrake on the steering wheel replaces the traditional manual type. Other features of the E-Transit may come over, but we'll have to wait until September to find out what they are.

Ford has claimed to include a dynamic new styling for the model, which is evident on the exterior. The large yet protruding honeycomb grille has now become one with the bodywork. The slim LED headlights connect via a strip of light, giving the Custom the look of a van that means business. The rear lights are shorter than the current Custom model, but the LED technology gives it a more futuristic appeal.

The E-Transit Custom contains many new features and technology, which Ford says will ‘take productivity to new levels,' and that looks to be the case. While it's unclear exactly what this means, we do know that the van will turn into a mobile generator with the capability to provide power on the go. Again, it is not clear how much power that will be, but it could be up to an impressive 9.6kW. 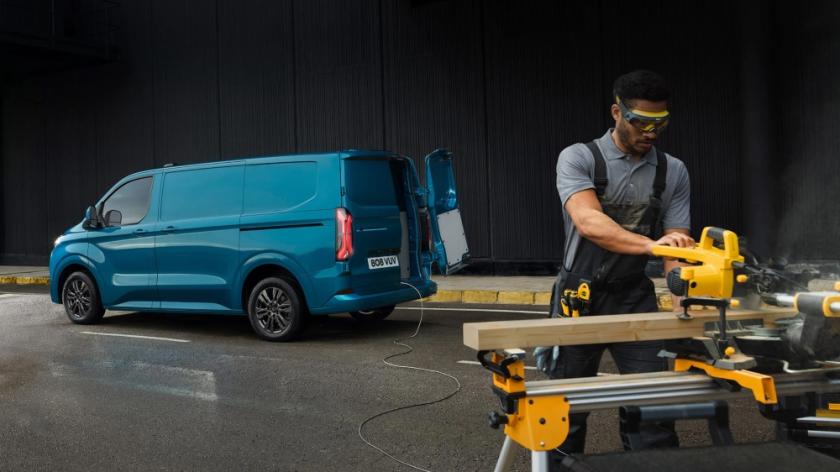 Ford is yet to release the full details of their new model, but what we've seen so far has got us hungry for more. While maintaining the familiar Ford style, there’s no compromise on space and load capacity to accommodate the battery. If it follows the path of the E-Transit, there’s no doubt that the all-electric E-Transit Custom will be another major success. Another impressive EV coming soon is the Maxus MIFA 9 Electric MPV.

If this sounds like the van to take your business to the next level, contact Rivervale Leasing today and let’s discuss your hire. Give us a call on 01273433480 to discuss car leasing. Alternatively, you can request a callback for a time that is convenient for you!