Last Friday, I spent most of the day wandering around the halls of Excel London. For me it was an extra special experience to attend my first ever London Motor Show ... and it didn't disapoint! There were a lot of manufacturers showing off their latest models — from premium brands such as Ferrari, BMW and Mercedes to Nissan and Suzuki.

The show comprised of 3 individual halls, including a Live Arena (where the UK’s best-known automotive celebrities competed against each other in some exciting driving challenges), Live Stage and over 20,000 sqm of expo space. In terms of the layout, each brand had its own designated section/booth, which would usually include 3-5 brand-new models on display.

Admittedly, I was slightly sceptical upon my arrival to the London Motor Show, I was concerned whether the event would live up to the hype. Fortunately, from the moment I arrived, I could sense the show was full of optimism and everyone (me included) was excited to see — and get a feel — of all the latest makes, models, classic cars, used cars, supercars, concept cars and futuristic inventions. My only regret was not going back for the last two days.

Here are our top 8 car's from this years motor show. 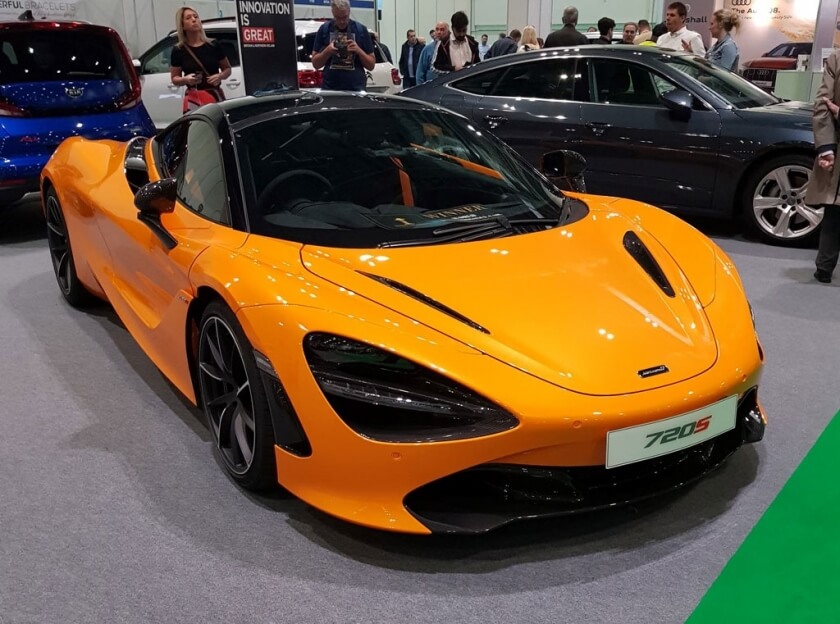 While there wasn’t a ton of supercars at this years show, but the McLaren 720S was undoubtedly one of the standout supercars. 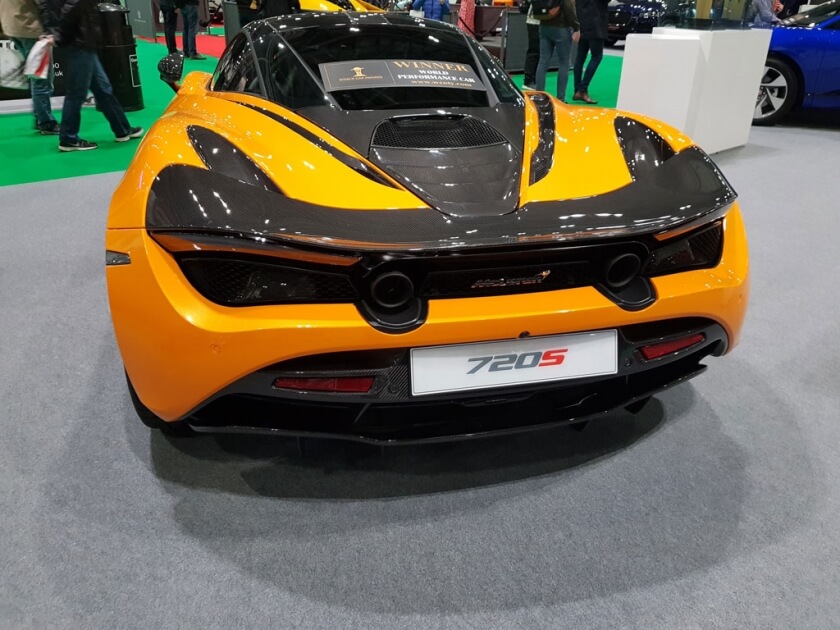 Having already been named World Performance Car 2019 by the World Car Awards Jurors, it’s easy to see why this supercar caught my eye. 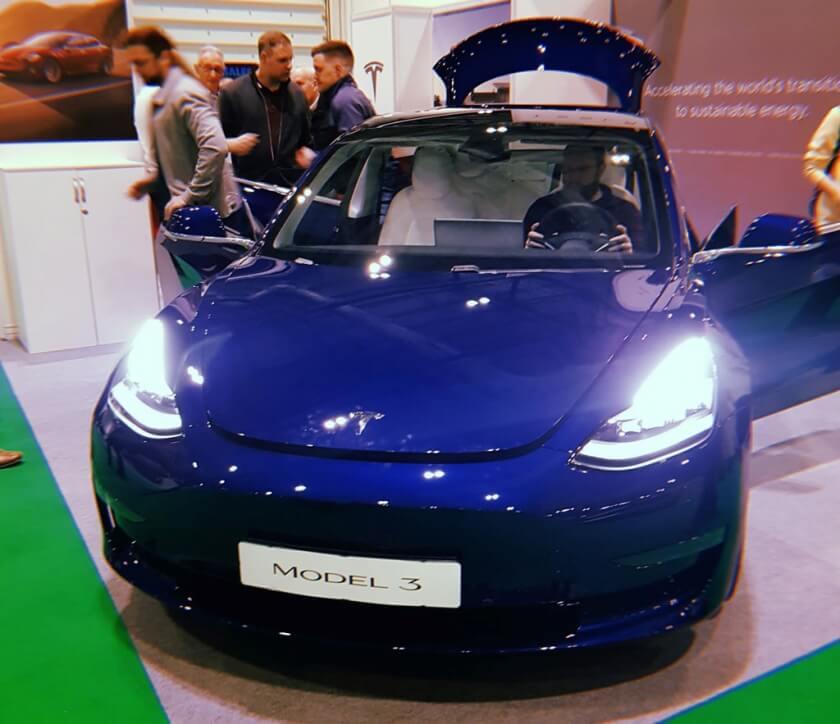 The Tesla Model 3 is finally coming to UK shores this summer! Being one of the most highly anticipated EVs of 2019, the model 3 received plenty of attention last week and was probably one of the most photographed car's. 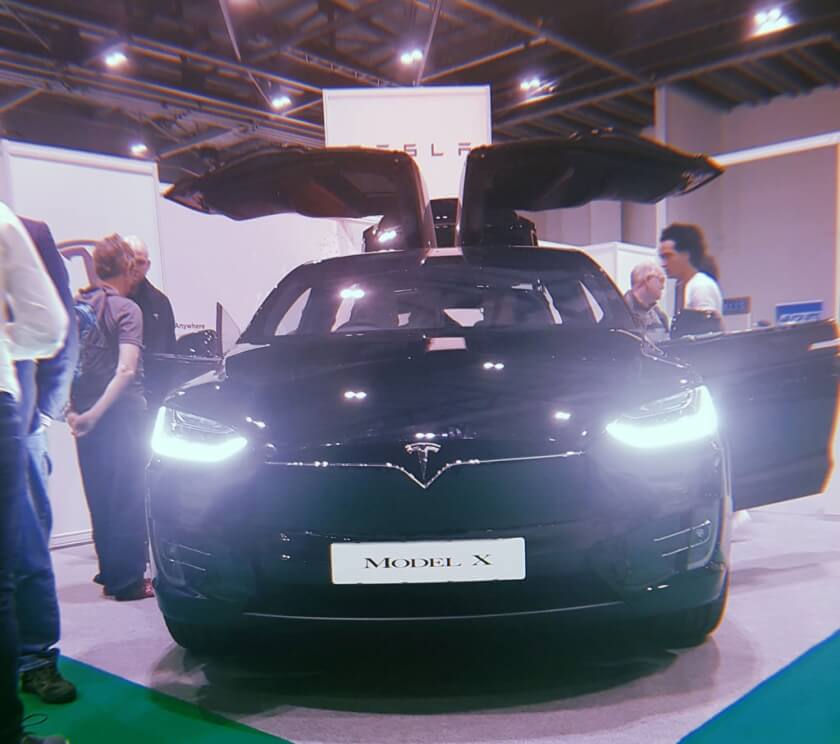 The Tesla Model X was the first mid-size all-electric SUV/Crossover released by Tesla in 2016 and it has seating for up to 7 passengers. Despite being the most expensive Tesla model in the current market, it was easily one of the most impressive car’s based on appearance. Two features that made the model X unique for me was the Falcon wings, large iPad-like multimedia touchscreen display in the centre of the dash and the panoramic sunroof. 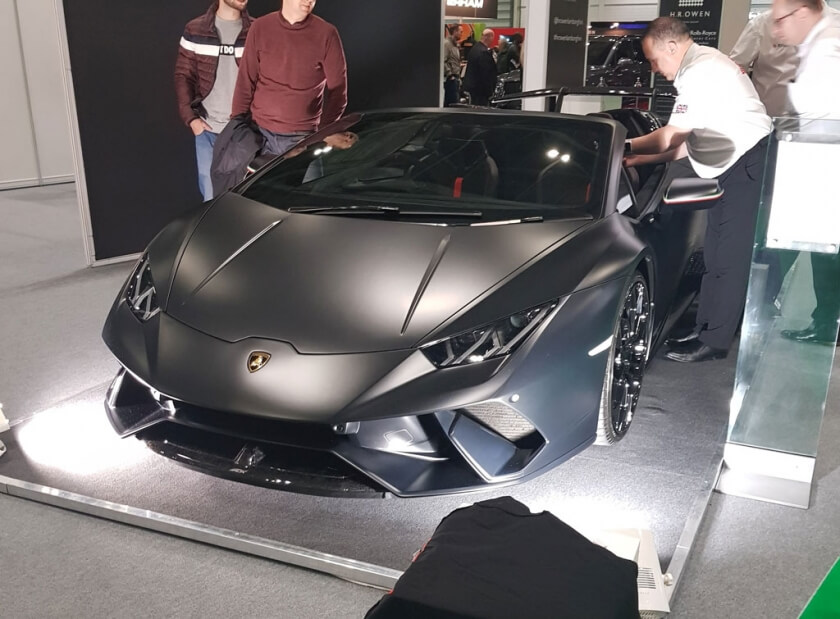 Automobili Lamborghini presented the Lamborghini Huracan Performante Spyder at this years show — perhaps the most memorable and attractive model from the entire show. Like with most supercars, the Spyder sits really low and has an open-top design, making it ideal for going fast. 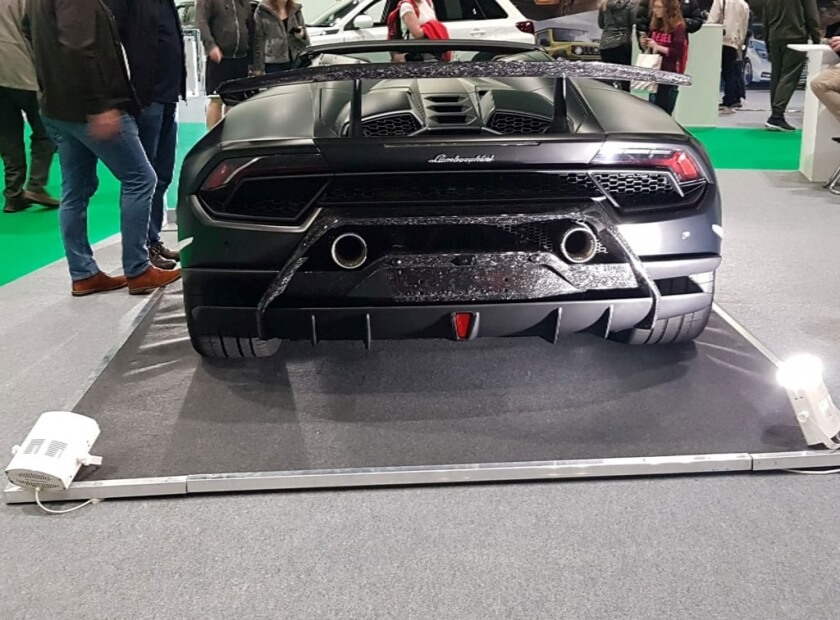 The metallic matte black finish adds more sleek to the car’s exterior. On the inside, the Alcantara leather interior has luxury diamond stitching in the front and rear seats. It produces 640hp from its V10 engine and turns 600 NM of torque at 6,500rpm. And yes, it looks as good as it does in the picture … 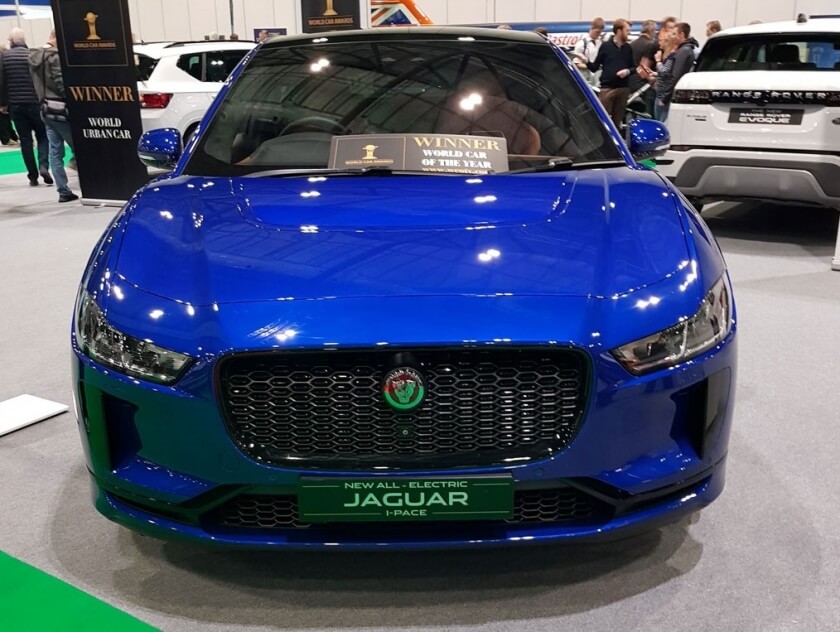 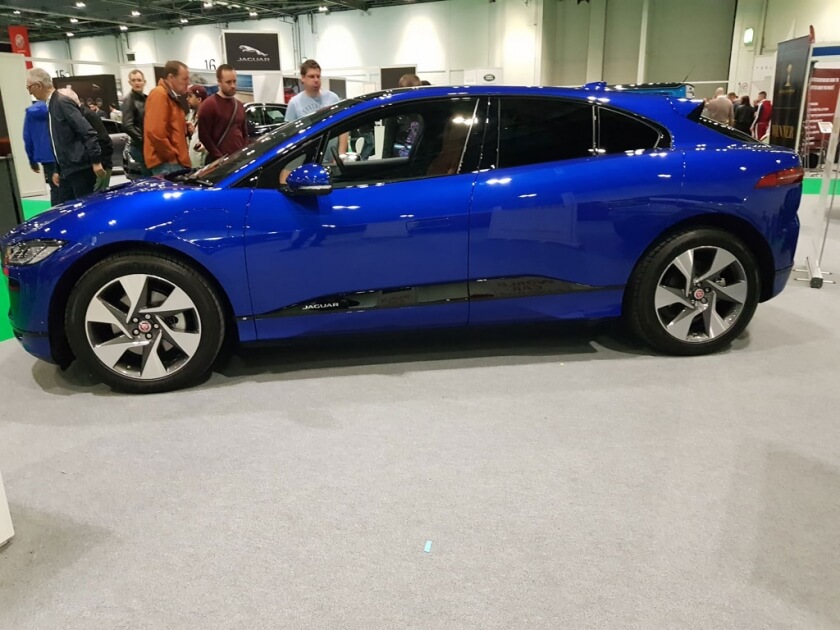 These awards were presented alongside the I-Pace to acknowledge Jaguar’s outstanding achievement. I thought this was a nice touch.

The Jaguar I-Pace Has Arrived! 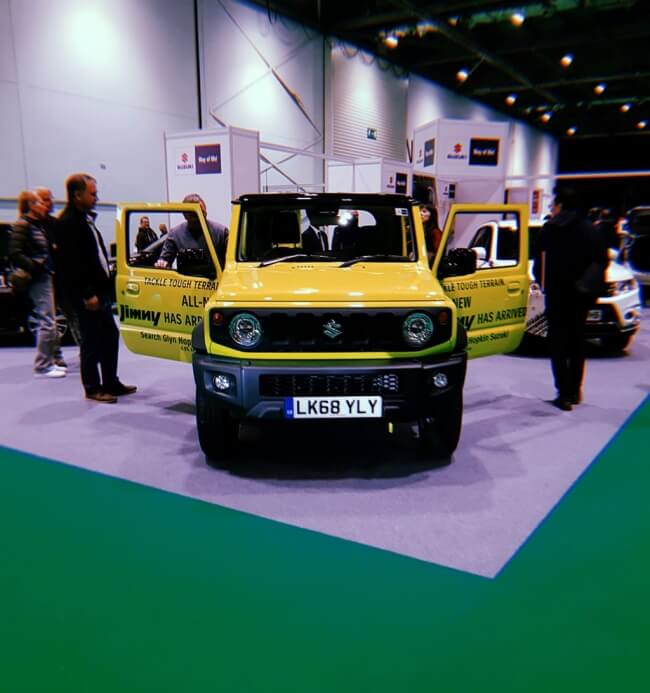 After seeing the 4x4 Suzuki Jimny live and in person, it was that moment I knew I wanted one. It was freakishly small, had rugged looks, big wheels (with a spare wheel on the boot door) and closely resembled a toy car! 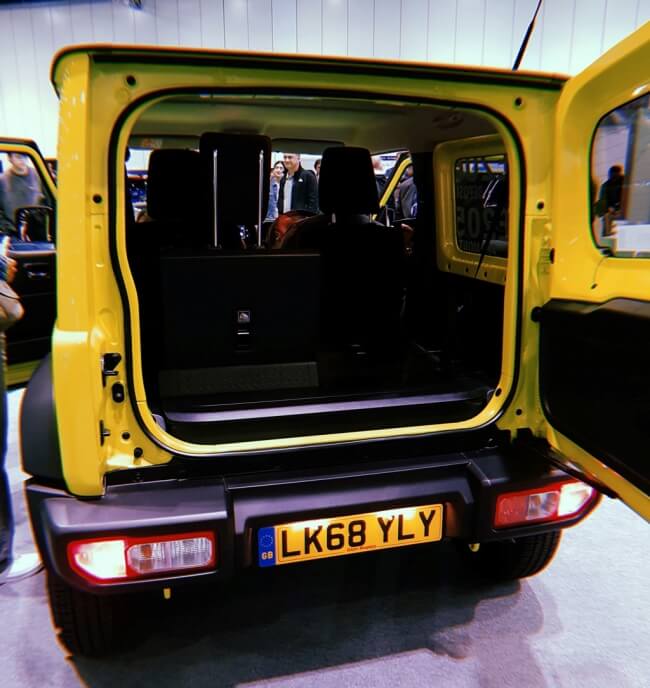 When it comes to design, it’s harder to find a better looking small 4x4 than the Jimny — the ultimate off-roader.

The 4th Generation Suzuki Jimny Is Available To Lease Now! 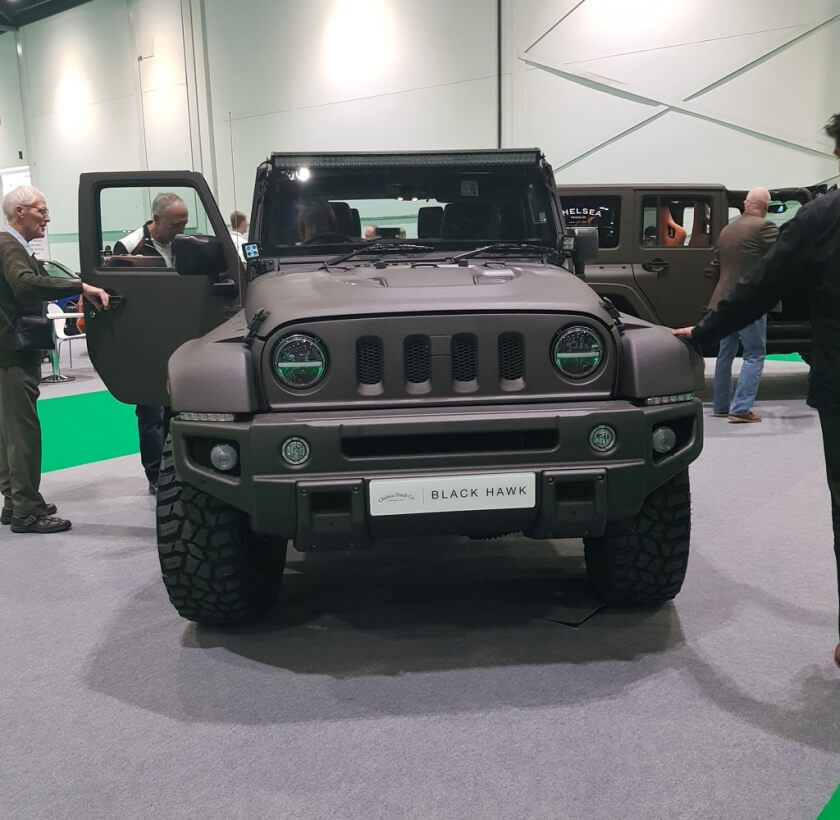 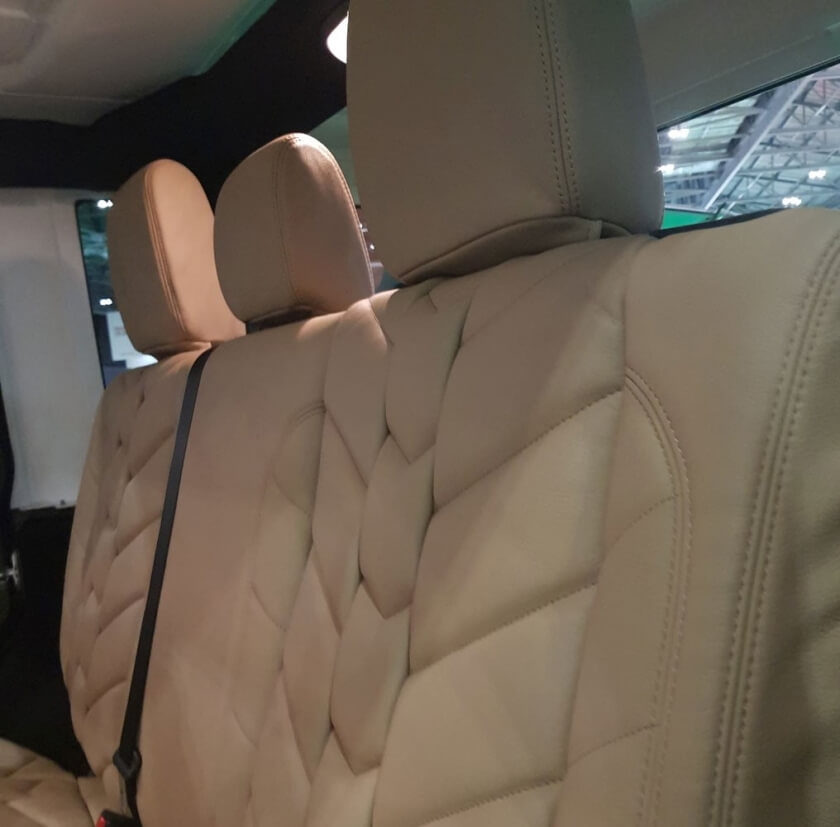 Tall, upmarket interior and an Iron Man styled bonnet makes the Wrangler's Black Hawk the most rugged looking SUV for 2019. 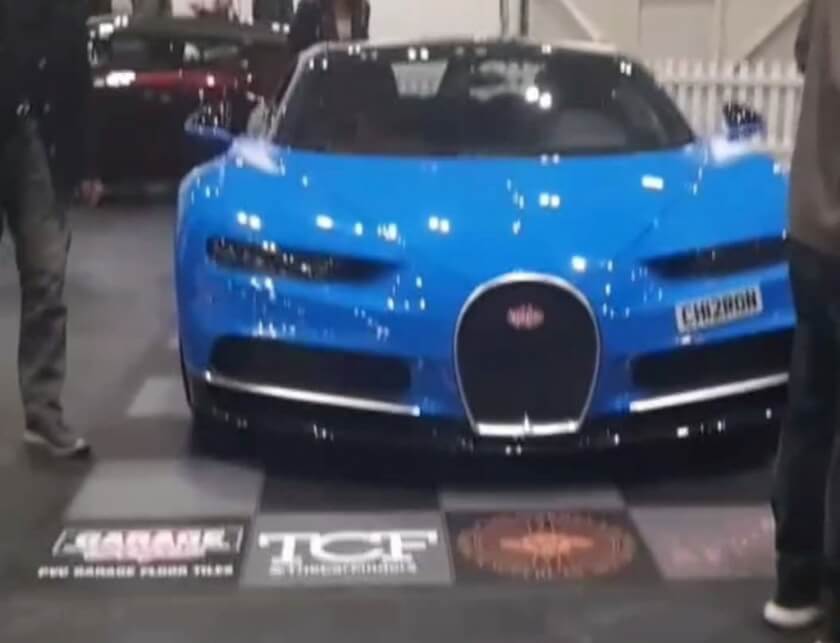 Bugatti’s latest Chiron-based hypercar graced the stands at the 2019 Excel show. It is currently the fastest car in mass production. 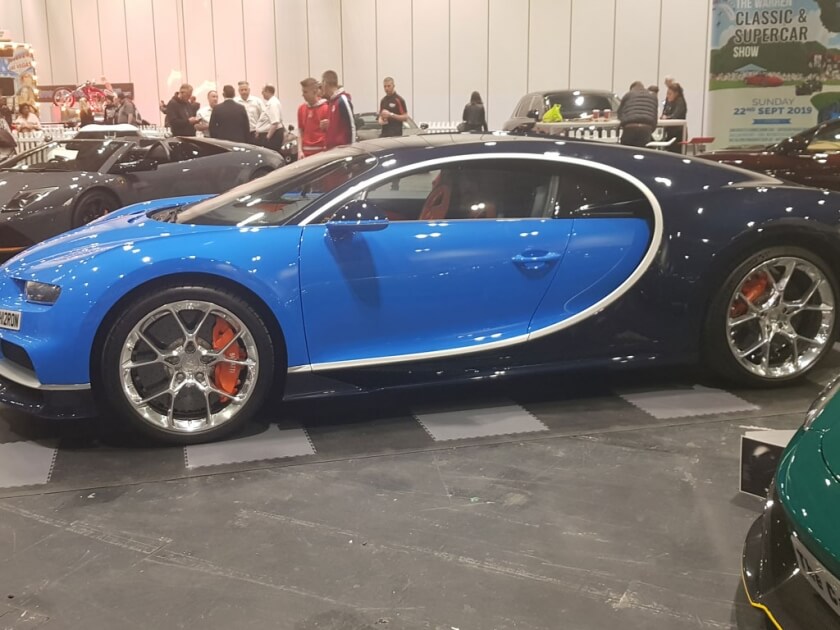 Official figures say that the Chiron can reach 0-60mph in as little as 2.4 seconds from a standstill position, and has an electronically top limited speed of 261mph.