Ford Mustang, Aston Martin DB5, even the DeLorean DMC-12. All of these cars are known for their defining features. But as stylish, slick and memorable as they are, there are a few cars out there with body shapes that provide a much more distinctive appeal.

We’ve taken a look and found some of the most unique car body shapes ever to exist. Read on to find out more about these show stopping bodies…

As a streamlined 1930–1940s American car, designer William Stout - who worked as an aircraft engineer before moving on to automobiles, was a real pioneer in blending luxury and transport. As the name suggests, the Scarab’s shape not only resembled the beetle of the same name, but it was also based on the Egyptian belief about the beetle, in that it symbolises rebirth and renewal.

As a sort of “diner on wheels”, it looks a lot like an old Greyhound bus but powered by a Ford V-8 tucked in the rear of its aluminium body. Unfortunately, the brand never took off, mainly due to the cost, as the Scarab packed a hefty punch pricewise. Fewer than ten were produced but one thing is for sure - it was certainly ahead of its time. 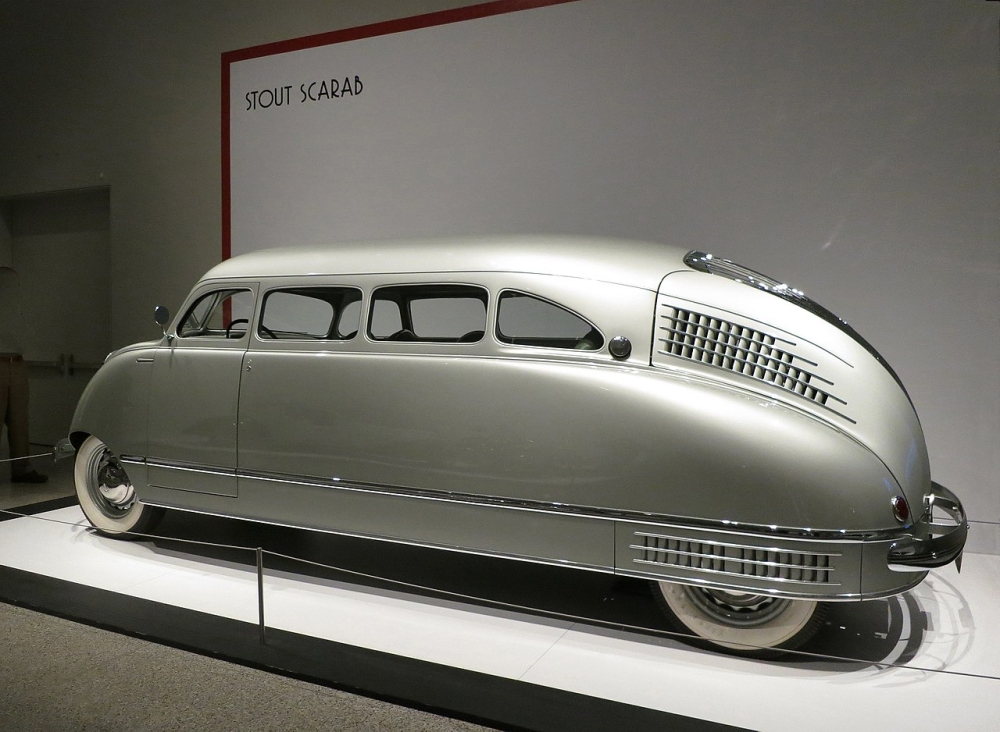 Automotive designer, Harvey Earl, unveiled the General Motors Le Sabre essentially as his personal automobile. As a 1951 concept car, this unique car dominated shows all over the country, courtesy of its innovative design features.

Known as the first post-WWII “dream car”, the Le Sabre pulled in ideas and elements from aeroplanes, such as its iconic tail fins, aircraft fuselage-inspired snout, and wraparound windshield. In fact, some of the Le Sabre’s details went on to become a standard design feature on other cars in the same decade.

Even though the vehicle didn’t hit the general public, it certainly had a massive influence on car design for the era. 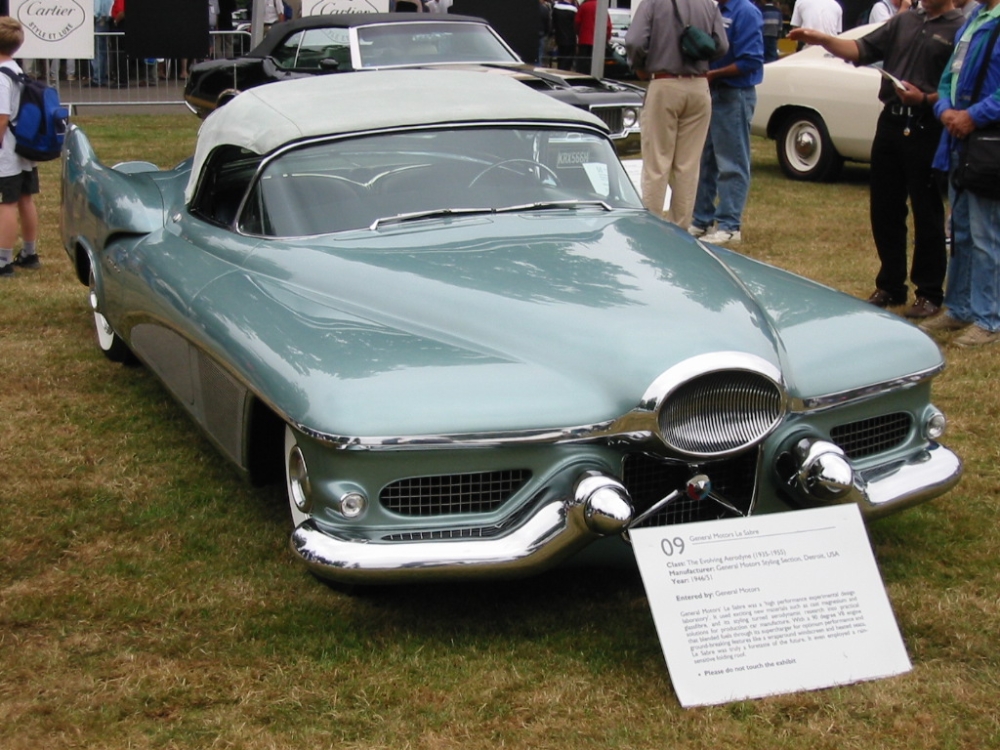 Hitting the car market between 1986 to 1990, the modular second-generation Nissan Pulsar NX (also known as the EXA) was essentially the Nissan Sentra, as a coupe. Light on its wheels, it weighed just 2,300 pounds, and was sportier than your average sports car. But that’s not what makes it so unique.

No, its uniqueness lay within its optional canopy roof. That’s right. The Pulsar NX's rear section was designed so that its driver could swap out the shooting brake hatch with the more traditional trunk of standard coupes. A detachable roof depending on your mood? What more could you want from your car? 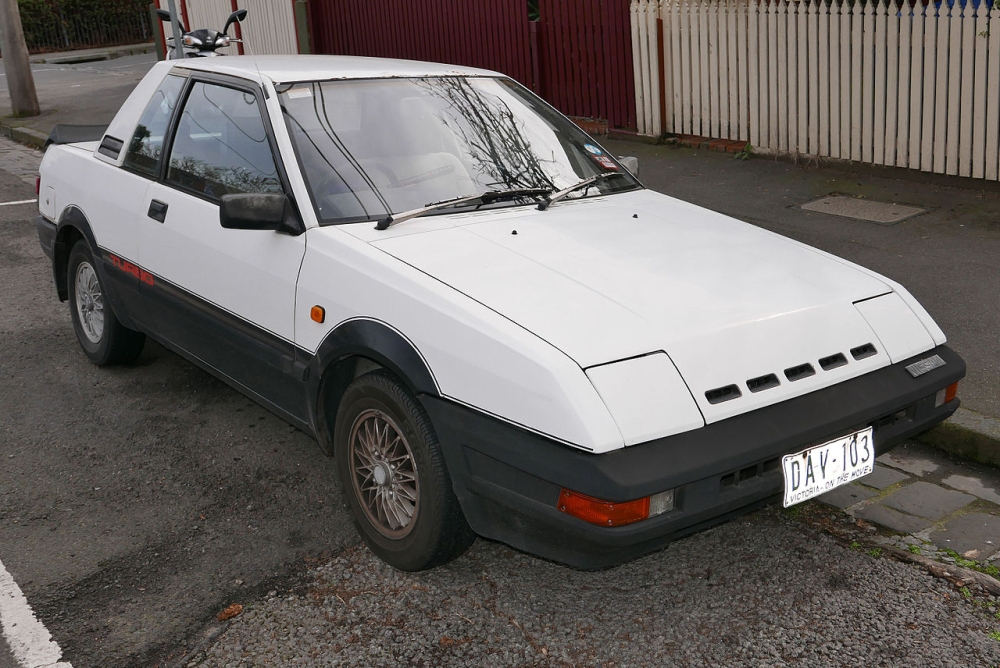 Encompassing the newly made flathead V-8 engine, the 1932 Ford Speedster was the first of three one-off custom speedsters built for Henry Ford's son and President of Ford - Edsel Ford.

The unique car came with a starter button, which made it well ahead of its time as this was decades before the feature became standard in automotive vehicles. Low, long and low-priced, the 60-degree V8 had a square design and provided a certain amount of nostalgia for being the first in this renowned line of vehicles. 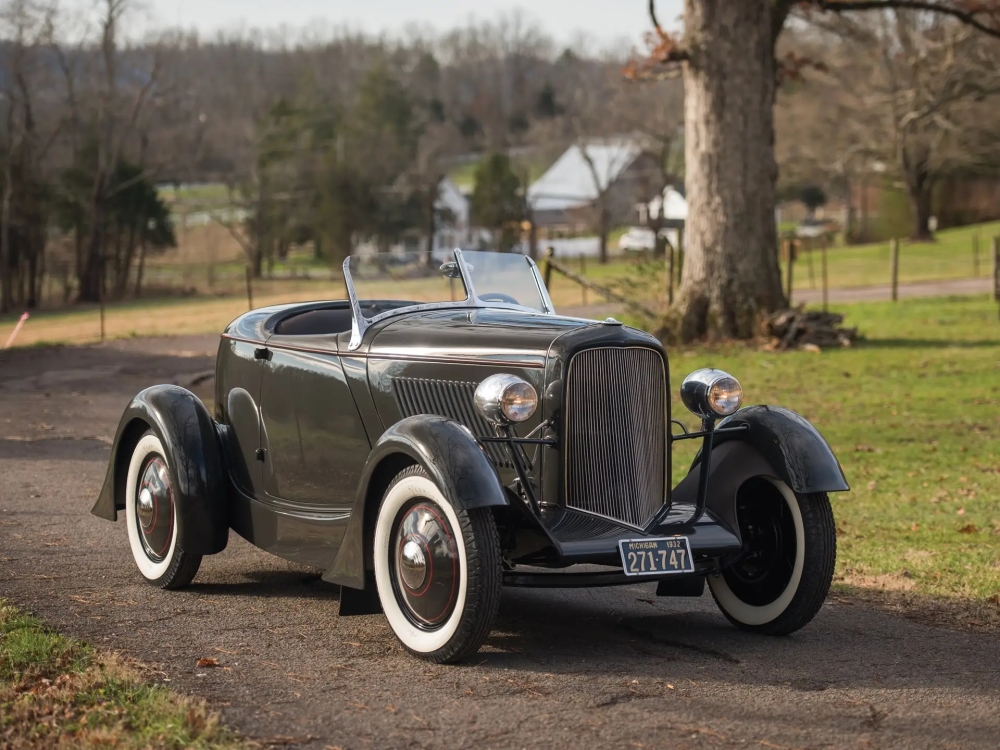 Curvaceous and cunning in its design - a car without a grill was unheard of in this era. The 1941 Chrysler Thunderbolt was inspired by streamliner trains and one of the first cars to come with power windows - courtesy of its hydraulic motors.

The Chrysler Thunderbolt concept inspired a new wave of unique car designs and technological advancements. Ultra revolutionary in its design, the retractable hardtop and button-operated pop-open headlights paved the way for cars of later decades. In fact, it wasn't until 1957 that another car manufacturer produced a similar design feature.

The Chrysler Thunderbolt was one of the last Art Deco designs before more futuristic aesthetics made their way into the market. 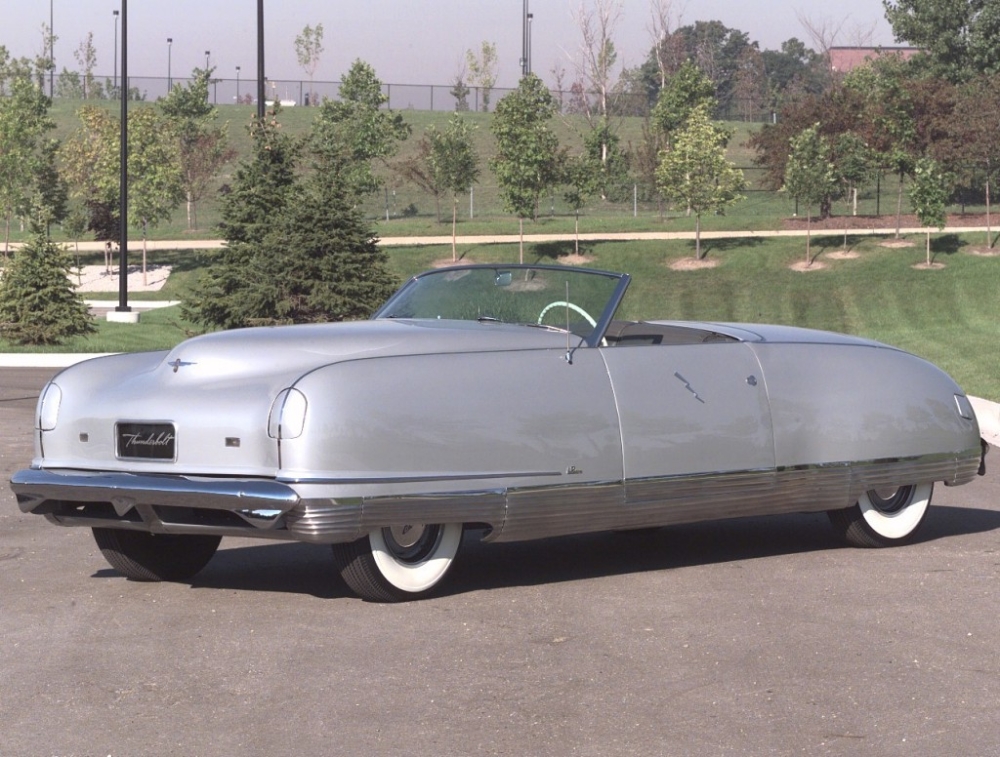 Unique in its design, it possesses an ability for the driver to manipulate and change the car’s shape, thanks to its polyurethane-coated spandex. So, not only is it a unique car body shape, it’s also pretty darn clever. 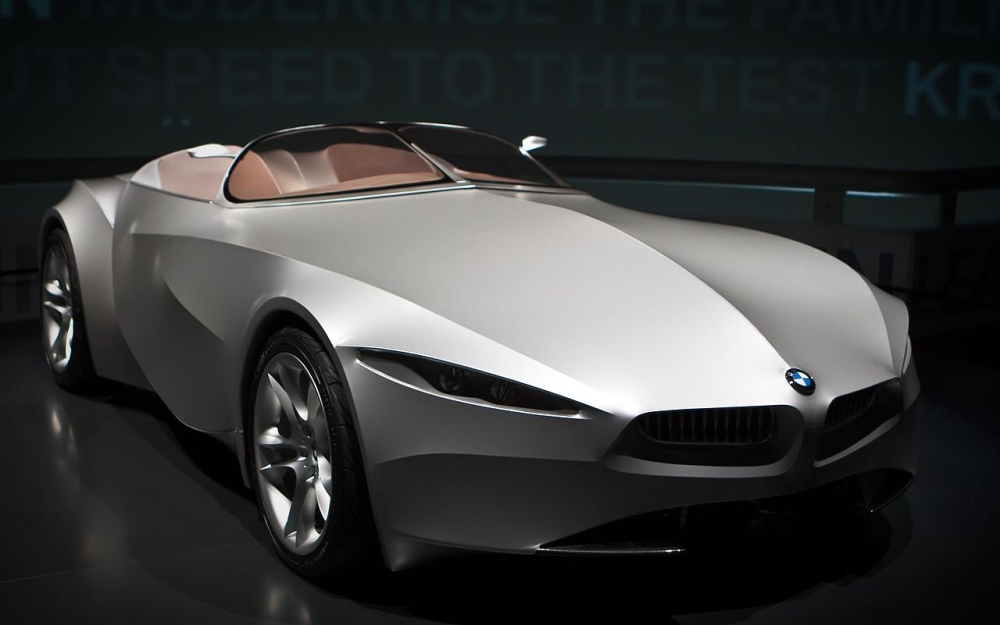 Known as the electric egg, the Oeuf Electric car looks exactly as the name suggests, and is certainly a head turner. Designer Paul Arzens was somewhat of a trendsetter in the industrial design arena before turning his attention to automobiles. Of the numerous unique cars he designed, perhaps the most memorable is the Oeuf Electrique.

This miniature model was a one-off, in that it was the only one of its kind to ever be made, and became Arzens individual mode of transportation. For a tiny car, it showcased a fairly modest range of 44 to 63 miles per hour.

Unique by name and unique in its design, The Helicron is a truly individual automobile. Discovered in a barn in France in 2000 after being placed by the original owner in the 1930s, it’s a propeller-driven car with rear-wheel steering.

Practical? No. But unique in motion? Absolutely. 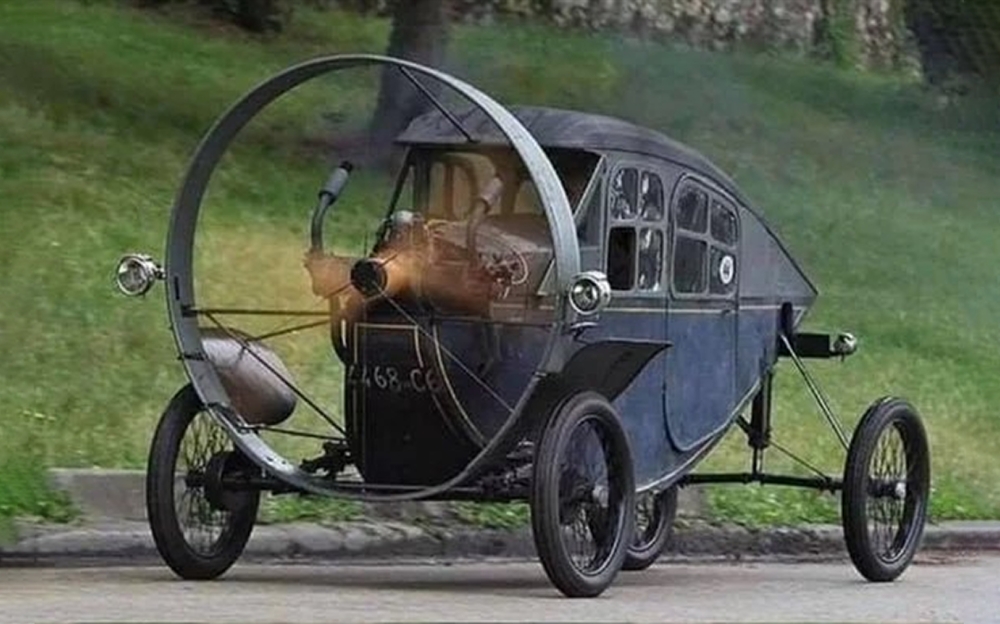 The (almost) indestructible, all-electric light-duty truck announced by Tesla, the Tesla Cybertruck is definitely one that turns heads. Its design was inspired by Sci-Fi elements from Blade Runner and the utility of the Lotus Esprit driven by James Bond, which doubled as a submarine.

Interested in a Car Lease? Give us a call on 01273433480 to discuss car leasing. Alternatively, you can request a callback for a time that is convenient for you!