The New Skoda Kodiaq Has Been Unveiled.

The Kodiaq is set to be the largest in Skoda’s SUV family and has been unveiled in Berlin. The first deliveries in the UK will take place early next year and there is an expected starting price of £23,000.

The Kodiaq is based on the Vision S concept that was revealed in Geneva earlier in the year. 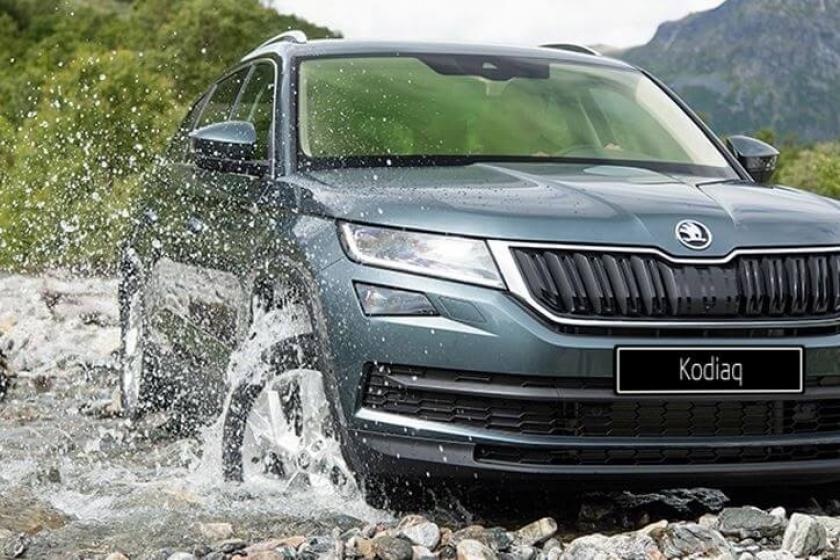 From the outside edges are clear, precise and sharp. A wide three dimensional grille adds unique styling to the front and for the first time headlights will feature full LED technology. The Kodiaq will stand at 1676mm tall, will be 4700mm long and 1882mm wide with a class leading boot space of 720 litres.

Inside there is the option of 5 or 7 seats. The 2nd row of seats can move backwards and forwards by 18cm to create legroom where it’s needed. When the seats are lowered the boot space jumps up to 2,065 litres. A 6.5” touchscreen as standard is placed in the middle of the dashboard and for the first time Skoda Connect will provide a permanent Wi-Fi hot spot as well as online news and a host of other features. You can also charge your smartphone wireless during your journey.

The Kodiaq will be capable of towing 5 tonnes and tow assist will take over steering when reversing. Other driver assist aids will include; city emergency braking, adaptive cruise control and lane keep assist. A Camera in the front and rear sections and within the wing mirrors provide a 180 degree view from within the Kodiaq.

Both a 2WD and 4WD drive version will be available with the 4WD versions gaining the extra ‘snow’ drive mode that will alter the behaviour of the car to make sure the Kodiaq remains stable on slippery surfaces. The 4WD will also gain adaptive suspension and hill descent control. 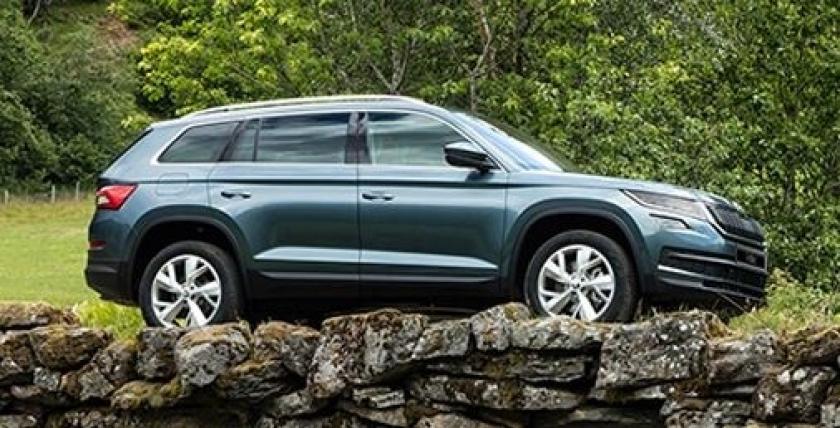 There will be a choice of 5 engines available to begin with. 2.0 litre diesel engines will be available in 150ps or 190ps. A 1.4litre petrol TFSI engine will be available in 125ps or 150ps as well as a 2.0 litre 180ps petrol engine. A PHEV version of the Kodiaq is expected to join the line-up in 2019. A high performance Kodiaq vRS is still under consideration. Full technical details are not yet available, but we do know the engine with the lowest emissions is likely to be the lowest powered diesel with CO2 emissions of 131g/km. The fastest Kodiaq will be the highest powered petrol engine with an expected 0-62mph time of 7.8 seconds.

For transmission a 6 speed manual gearbox or 7 speed DSG dual clutch gearbox are on offer and the Kodiaq range will offer S, SE or SEL trim levels so drivers can tailor their Kodiaq to their driving needs. 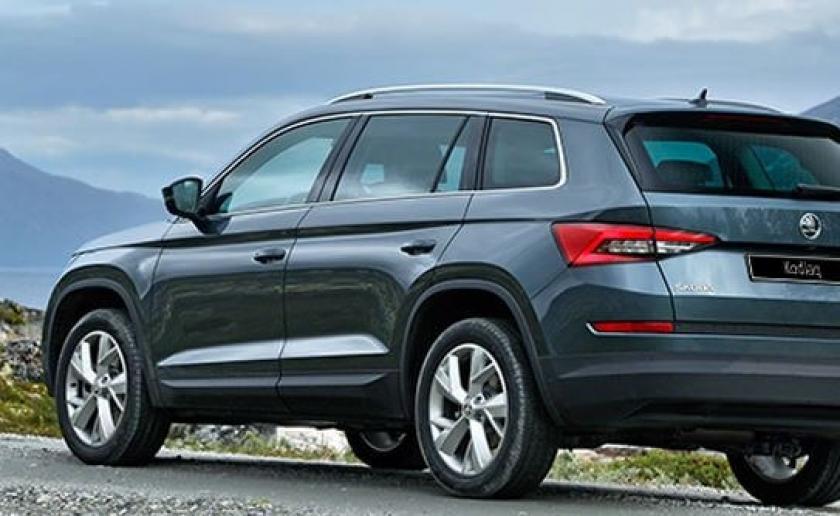 title of the highest priced Skoda ever with a starting price of £40,000.

There are a few quirky extras in the Kodiaq to add a little smile! It is thought, like the Superb, an umbrella will be provided in the front door as well as an ice scraper in the fuel flap. For your passengers you can choose the option of a sleep headrest to help them relax on a long journey.

Once released the Skoda Kodiaq will rival the Kia Sorento, Land Rover Discovery Sport and Hyundai Santa Fe – What do you think of Skoda’s newest and largest SUV?