Bringing both societal and economic benefits as well as helping to combat climate change, cycling is gaining traction year on year.

In fact, in the summer of 2020, owing mostly to the global pandemic, due to an estimated 70% uptake in cycling, the government announced an investment of £2 billion for cycling and walking. This includes the introduction of miles of extra cycle lanes across the capital. This cycling uptake figure is likely aided by the fact it is hard to get driving lessons and tests in 2022.

But are cycle lanes as positive as we first thought? We’ve taken a look at some of the pros and cons of building such infrastructure and ways in which further improvements could be made…

Let’s take a look at some current cycling statistics

In 2019, it was reported that the national average of people who cycled just once a week was 12%. Indicating a pretty keen interest in taking to those two shiny wheels instead of four, and an assumption for increased demand in cycle lanes.

However, for one popular UK seaside town, the same report showed a higher percentage of daily cyclists at 17%, but this town houses its own range of divided opinions about the implementation and safety of cycle lanes.

From a high volume of road traffic to issues with road priority, Brighton, we’re looking at you. Often commented on for its welcoming and friendly appearance and images depicting its swathes of cyclists breezing along the seafront on their daily commute, at first glance, it should be a cyclist's paradise. 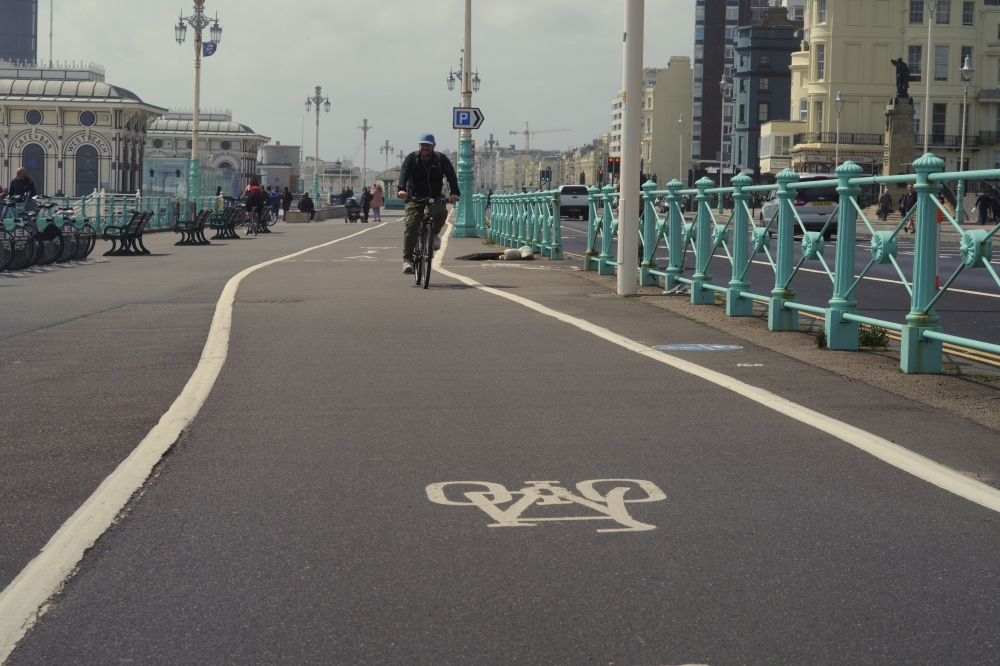 But due to the sheer amount of other vehicles on the road, particularly at a junction noted for being one of the worst in the UK, there are concerns about the safety of cycling, despite the introduction of cycle lanes.

In 2021, The city of Edinburgh came in as the top cycling destination in the UK. So what is this popular tourist spot doing that others may not be? “Awarded £5 million to fund temporary changes to the streets and roads around the city in response to the pandemic” the focus will be on building new infrastructure to support safe cycling routes, as well as enhancing the quality of the streets.

As seen in the statistics, there is a much bigger demand these days for proper cycle lanes to be built. Still, with various concerns for safety being raised, particularly in areas with high tourism levels with an already high population of drivers, it probably doesn’t come as a shock to learn that some people opt to ditch their bikes out of safety concerns.

Some of the more common concerns with how cycle lanes are currently implemented include: 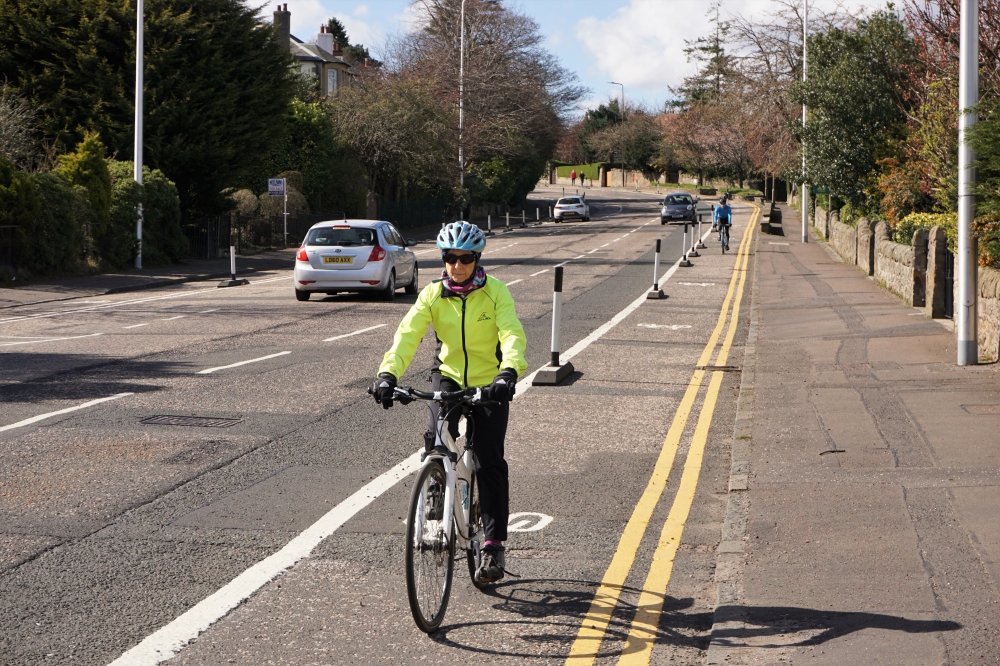 What changes could be made to improve cycle lanes?

For some areas, it seems that drawing a line on the side of the road with a picture of a bicycle to accommodate cyclists is the only considered infrastructure. Still, there are many more factors to consider when assessing the safety of cycle lanes.

In Cambridge, and as a previous UK cycling capital, they have been and are continuing to take steps to ensure the quality of cycle lanes is improved. Such changes include:

Changes to The Highway Code implemented in the Autumn of 2021 also meant that walking and biking were being prioritised to improve safety concerns. Do you know what other changes were made to the Highway Code in 2022?

One of the most notable rules to come into effect from this change for cyclists was the encouragement of cycling in the middle of cycle lanes on quiet roads and to keep well away from the kerb on busier ones. This, combined with cyclists having priority when going straight ahead at junctions over traffic waiting to turn into or out of a side road, has ensured a step forward in cycling safety.

Inspiration could also be taken from some of the seemingly more progressive Scandinavian cities. One such example is the city of Amsterdam. With roughly 515km (320 miles) of cycle lanes, not only is cycling heavily encouraged for environmental reasons, but the safety of its cyclists is at the forefront. A dedicated cycling network exists across the city, with features including designated cycle lanes, the redesign of intersections and specific traffic lights for cyclists. If cycling isn't for you but you want to consider the environment, check out our list of the best and worst vehicles for the environment. 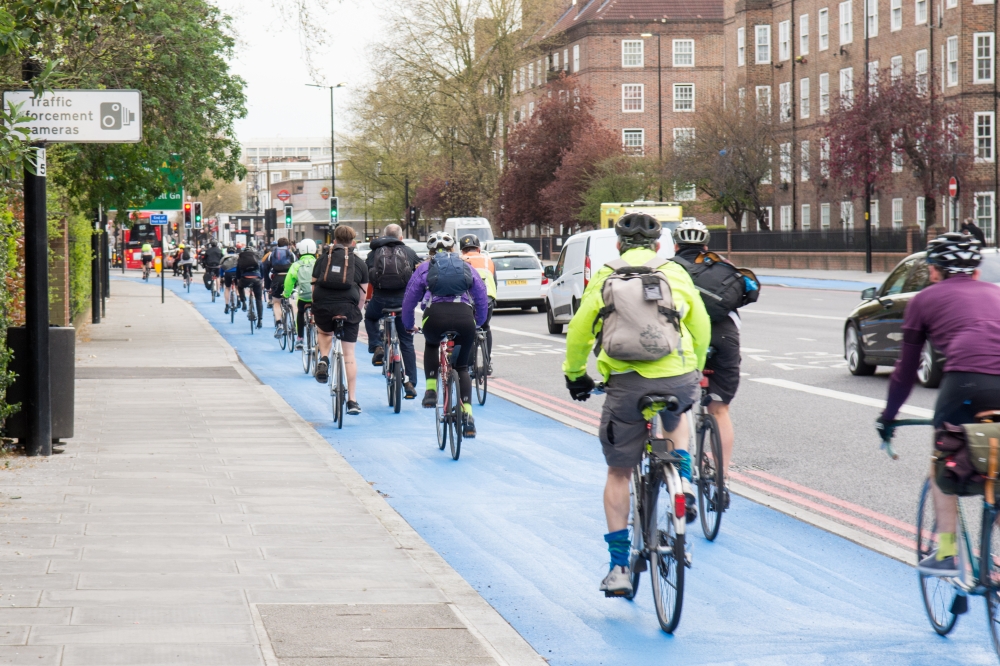 The city of Rotterdam has taken this last rule one step further to improve upon its cyclists' safety - such as rules for when it’s raining. In November 2015, it installed the first “regensensors” (rain sensors) at a downtown intersection. When it starts to shower, the traffic lights prioritise cyclists, so they don’t wait so long to cross.

In Copenhagen, ranked the top cycling city in the world in 2021, how they design their cycle lanes could be a lesson to other cities looking to improve. The main features of their infrastructure include:

Better yet, they have implemented this simple cycling infrastructure without the need for a user manual.

In addition to the above, they’ve stripped away the dedicated lane separating cyclists from their automotive counterparts. Instead, the two modes “share the roadway”. This rule relies on cars driving no faster than 30 kilometres per hour, and so rather than relying on signage alone, the city has introduced a variety of traffic calming measures. These include:

Check out the range of vehicles and deals available now on our website. Get in touch today on 01273 433 480 and see if we can find the perfect lease deal for you. Alternatively, you can request a callback for a time that is convenient for you!