The Tesla Model X at Goodwood

The Model X is to SUV/crossovers what the Model S has been for luxury saloons. Something new and exciting for us all to get giddy about.

Debuting here in the UK at the recent Goodwood Festival of Speed, I got the chance (finally!) to get up close and personal with the new Model X and first impressions – it looks worth the wait. 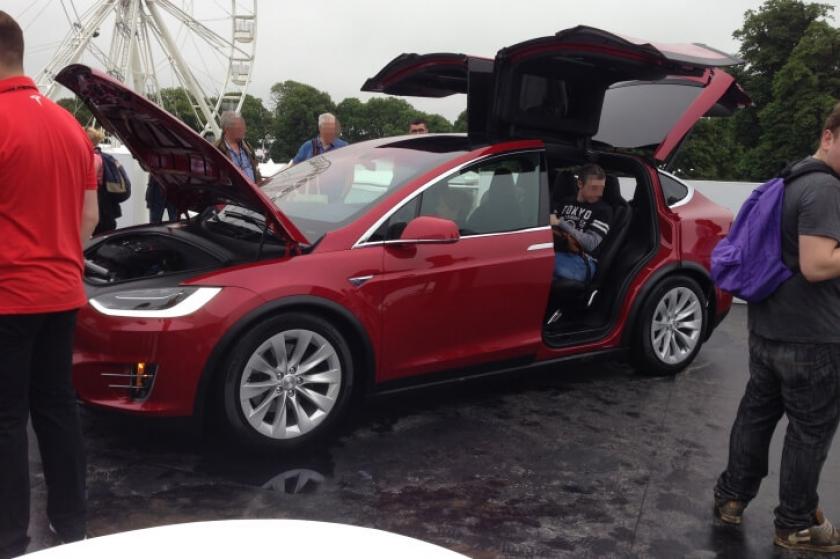 Now let’s talk about the jaw dropping features of this car. The first most noticeable of which being the falcon wing doors. Some people might see it as a bit of a gimmick but it can’t be denied for its practicality. With the doors open there’s ample room to jump in and out of either of the back row seats. In fact I think the only odd feeling I have with it is you're hardly used to being able to have such easy access to the inside of a car, you could simply throw your children in there though we really don’t recommend trying.

Next you’ve got all the impressive techy side of the car, all of which adds to the car feeling like one huge gadget. Which then makes me want to start calling it some sort of road spaceship! But I digress… The new feature from Tesla is its medical grade air filtration providing lab quality air within the cabin, ahem spaceship cabin, lab quality air yeh this is a spaceship! Anyway… this will filter out all pollution, bacteria, pollen and anything else that you might find in the dirty outside air, so it doesn’t matter how long you end up stuck in traffic or by the side of a toxic battlefield. You can even enable a bioweapon defence mode that will create its own positive pressure inside the cabin to protect you from… well bioweapons? 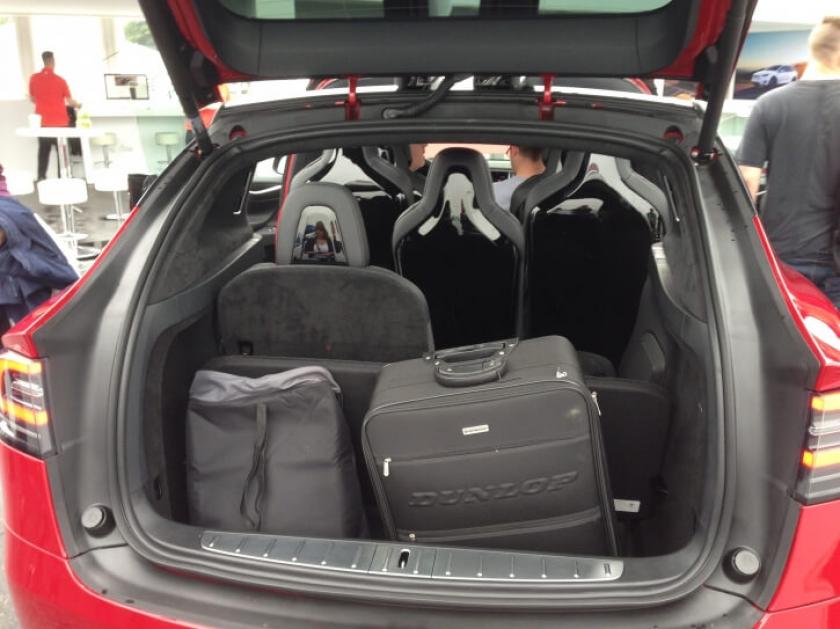 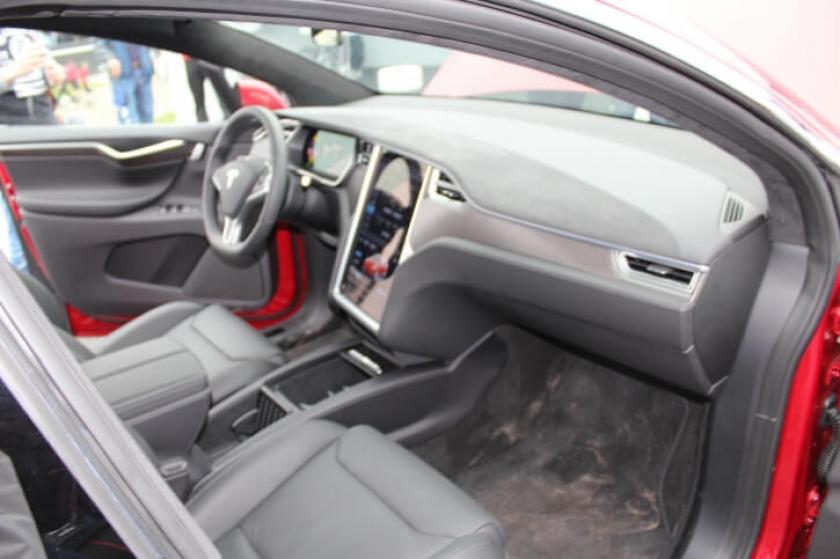 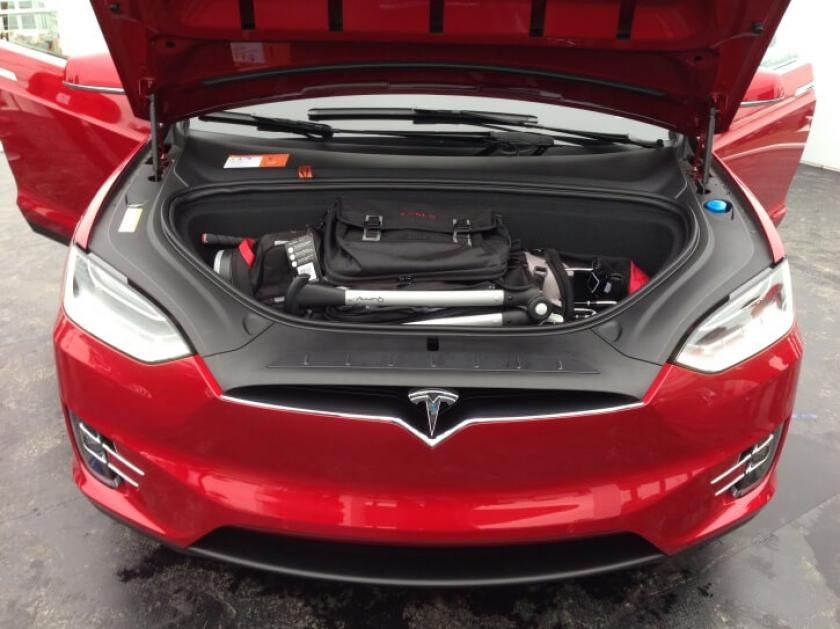 Other features are similar to the Model S. The Model X is the most aerodynamic production SUV with 0.24 drag coefficient, it even has an active spoiler that’ll pop up at higher speeds. There’s also the huge 17” touchscreen which you can use to control pretty much everything, including auto pilot mode which should keep you in lane and away from obstacles crash free, granted only time will tell how well that one goes but we all know driverless cars are on the way. Finally there is the large panoramic windshield which is the largest yet in any production car, breaking yet another record.

Safety is another major side of this car, Tesla themselves list it as the first priority. As with any SUV rolling the car can be a worry to some, if you like to try sharp turns at high speeds... But just like the Model S the battery gives it a very low centre of gravity making it much much harder to roll. Additionally the battery also give it extra support to side impacts. Although official safety test haven’t been done, all things considered it could easily be the safest SUV ever. 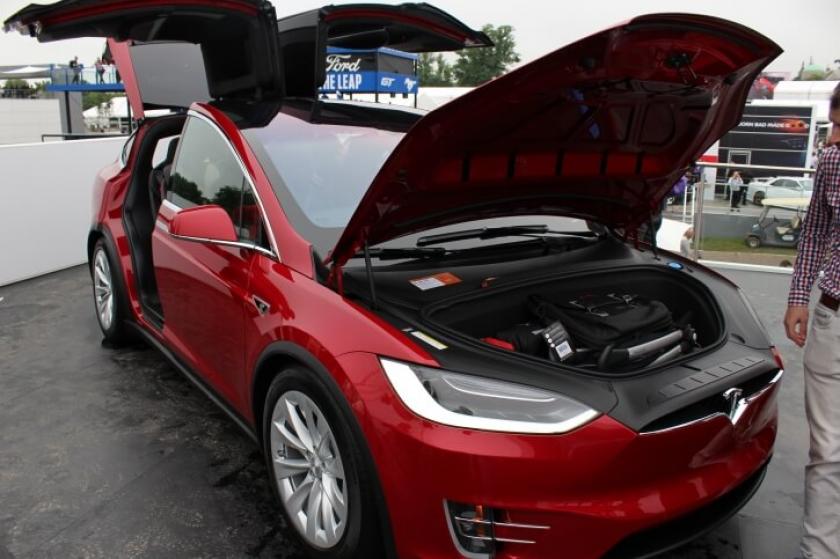 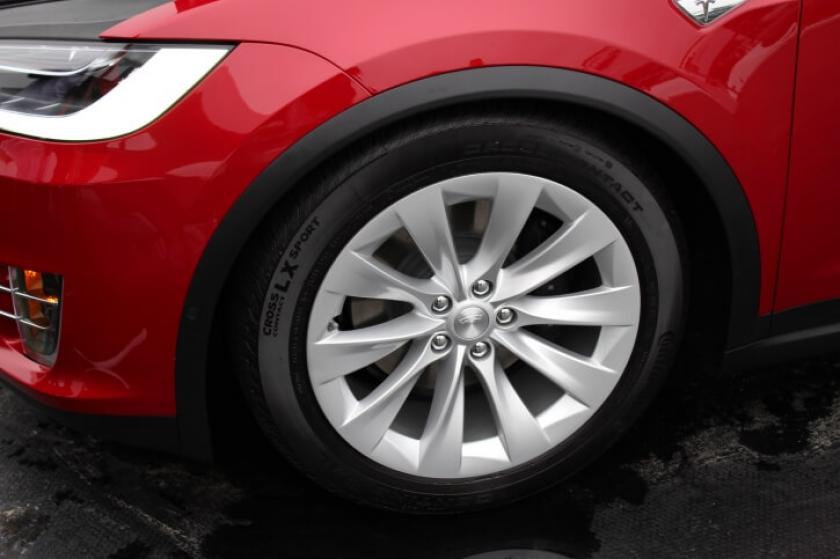 It might all sound like this is the greatest SUV ever but its initial reception over in America has been met with a bit of criticism. Some have reported issues with the falcon doors, others complain that they simply didn’t like to wait so long to get it, which is fair enough when initially it was planned to go out late 2014 but didn’t actually start arriving with people till late 2015. We’re still waiting for it over here in the UK with nothing official other than late 2016 for the first deliveries, early 2017 for new deliveries.

You can see all this information yourself on Tesla's own website and even order yourself one outright. Be sure that we will update you all as soon as these are avialble to lease from us here.

I’m personally holding out for the Tesla Model 3 but the Model X is another impressive addition to the Tesla line up for those of you that like a bigger car.