Is the UK is Becoming a Compensation Nation?

Insurance company Aviva has published their new report “Road to Reform”. It includes worrying statistics that reveal the increase in insurance claims as the UK increasingly looks to be becoming a compensation nation.

In 2015 80% of all the claims Aviva processed involved whiplash. This is staggeringly high especially when compared to the 3% of claims in France. Figures show that road traffic accidents on roads in the UK have dropped by 39% since 2000, yet insurance claims for injuries have increased by a massive 90%. Between 2011 and 2015 fraudulent insurance claims, commonly called ‘crash for cash’ claims increased by an alarming 98%. This increase in claims means only one thing for motorists – higher insurance premiums.

The average insurance premium in 2015 was £377. The graphic below shows 37% of all money you pay is used to pay for third party personal injury claims. 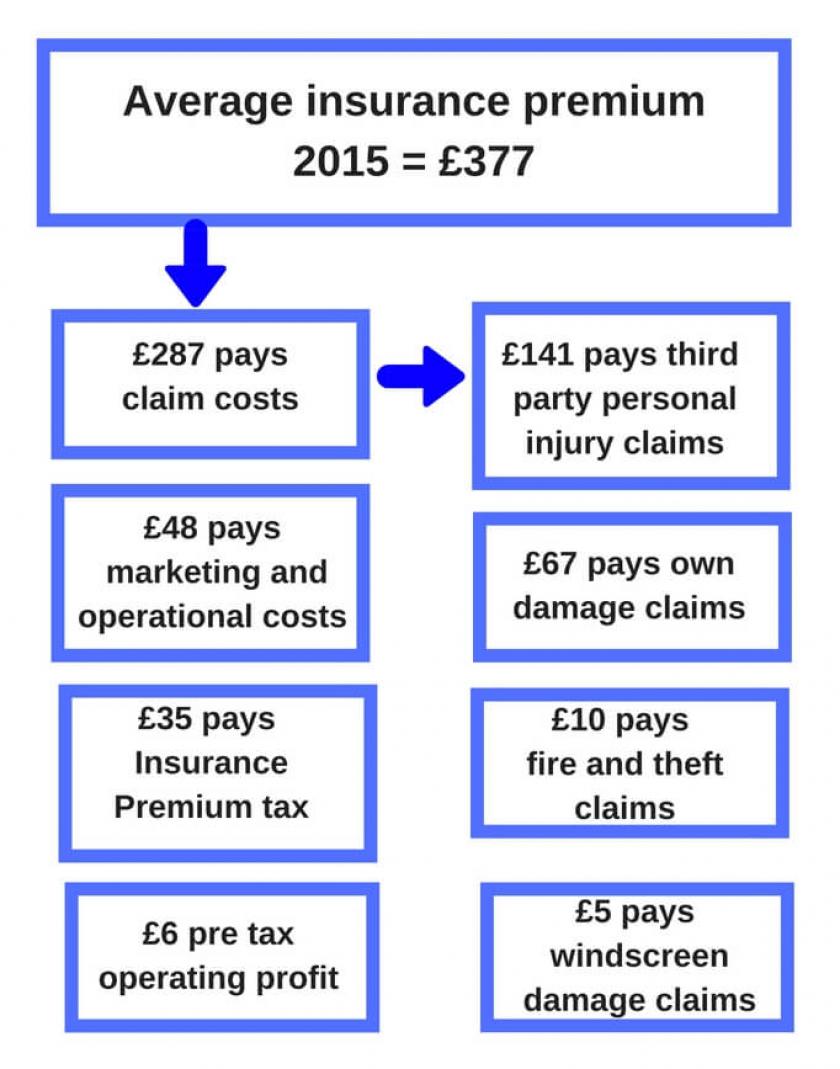 Last November, in his final Autumn Statement, George Osbourne announced plans to abolish monetary compensation for whiplash claims, but these plans have been put on hold while the world of politics has been focusing on leadership battles and Brexit. Aviva believe if plans were to go ahead motorists would enjoy on average a £43 reduction on their insurance premium cost.

Those who are genuinely hurt in a vehicle accident would still receive financial help needed to cover care and rehabilitation costs as well as any compensation for loss of earnings. However, there would no longer be cash compensation for minor injuries. 62% of those questioned agreed they would be happy to receive rehabilitation only if needed with no further compensation. 85% believed the UK does now have a compensation culture and 88% thought some peopole saw compensation claims as an easy way to make cash. The most annoying statistic Aviva reported for motorists is - of those who do currently claim for a minor injury 40% have been found to spend their money on luxury items and holidays.

Would you like to see cash compensation for minor injuries become a thing of the past?

Looking to save some money on your car insurance? Check out our top tips!