The future is electric. There’s no doubt that the automotive industry has been geared up for change and continues to evolve towards more eco-friendly vehicles. Whether drivers are looking to reduce their carbon footprint, decrease long term costs associated with cars or avoid the additional fees associated with petrol and diesel models, there’s a definitive shift.

Sales of electric vehicles continue to grow year on year, a trend that’s likely to continue to accelerate as manufacturers deliver hi-spec technology and performance. Once exclusive, electronic vehicles have continued to gain traction in the market thanks to improved accessibility, with fuel-alternatives becoming more affordable and a greater selection of models hitting the road.

With the new year just around the corner, what can we expect from the EV arena? Here are Rivervale’s predictions for the top electric vehicles arriving in 2021.

Sitting at the top end of the luxury market, the e-Tron GT is Audi’s answer to the Porsche Taycan. It’s not just competing either, Audi have implemented shared battery technology from the Taycan, as well as its platform. This is an all-singing, all-dancing, fully-electric four-door performance coupe designed to impress.

The e-Tron GT has been added to the Audi family as an electric alternative to the A7 Sportback. It is also set to make a benchmark among Audi’s electric vehicle suite, with the manufacturer expected to add 12 electric vehicles to its fleet by 2025. Audi is keeping tight-lipped on the tech specs for the e-Tron GT, but it’s expected to have a range of around 280 miles. 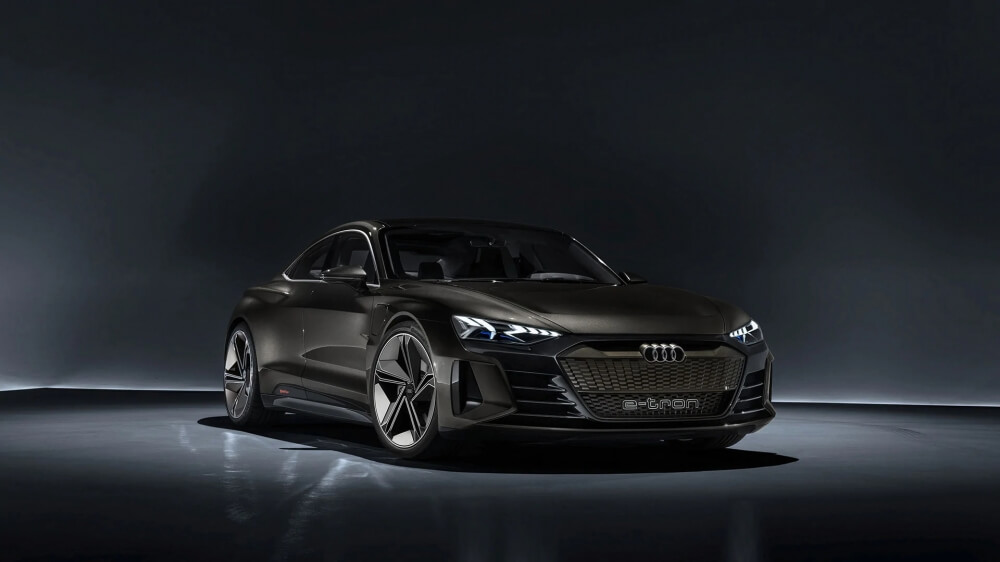 Audi isn’t mucking around with their expansion in the electric market. They are also planning to release a small electric SUV in the form of the e-Tron Q4. Slightly shorter and wider than the current Q5, it will be powered by two electric motors and also offer around 280 miles of range.

Read more: The Latest on Road to Zero and the Government Going Green

Mercedes-Benz is looking to continue their growth in the EV market with a newcomer in 2021. It’s suggested the EQA will take on the body shape of the GLA compact crossover which will offer more room beneath the batteries for increased interior space. Mercedes-Benz isn’t revealing much about what to expect just yet, but styling is likely to be aligned with the EQC and drivers should get around 249 miles of range between charges.

BMW’s expansion in the electric market is gaining traction, with several newcomers expected in 2021. Not least of all, the i4. Expected to hit the market in the tail end of the year, this is one to watch as stiff competition against the Tesla Model 3.

Featuring ultra-slender door mirrors, delicate headlights and large wheels, it steps up to featuring styling details of a car of the future. The all-electric motor isn’t lacking in performance either, with rumours it can go from 0-62mph in just four seconds! We’re excited to watch this space.

This iconic city runaround is receiving an electric revamp to help reduce emissions and bring the EU market closer to achieving its targets. Equipped with a bespoke body and 238 miles range per charge, it makes for a city-friendly small car that will happily feel at home in the suburbs. With a higher price point than its fuel-thirsty ancestor, the electric Fiat 500 will also feature some plushier additions to justify the new price tag.

The new C4 hatchback from Citroen will find itself in a tight market of family hatchbacks. With a facelift from the previous models’ design, it will feature crossover saloon-like styling and a more upmarket interior than the previous C4 Cactus, which it supersedes. Powered by a 134bhp electric motor and 50kWh battery, it has an official range of 217 miles. Impressively though, the battery can be replenished to 80% in just 30 minutes when using a 100kW rapid charger.

The original electric vehicle veteran, Tesla, is giving us yet another new addition in 2021. Unveiled in spring 2019, we’ve seen deliveries of the Model Y hit North American roads in 2020 already. An alternative-shaped much-sought-after SUV, it will provide greater flexibility with the option for a third row of seating - perfect for large families in the market for an electric vehicle.

Sharing a platform and powertrain with the Model 3 saloon, it will likely be available in the UK as both the long-range model which can reach up to 300 miles on a single charge, alongside the performance model, which still manages an impressive 280 miles. 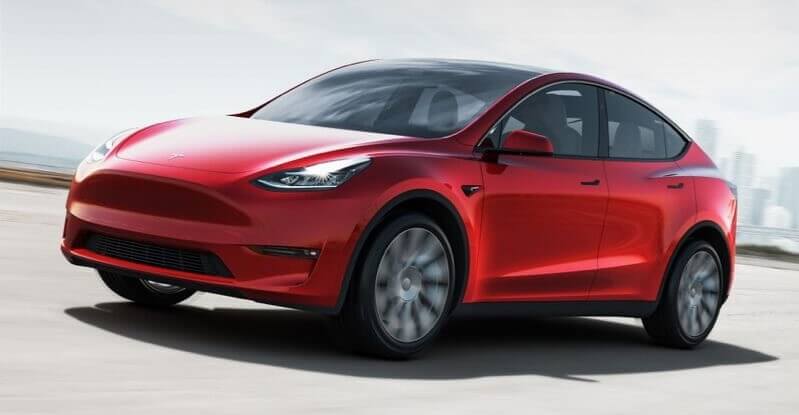 There’s no doubt the range of new electric cars launching in 2021 will continue to shake up the market and see an increased demand for eco-conscious driving options. With more than 20 electric vehicle launches expected throughout the year, we’re watching with anticipation to see how they perform.

If you’re looking for an eco-friendly lease to reduce your carbon footprint, discover our range of green electric and hybrid vehicles from Rivervale. Alternatively, talk to a member of our leasing team on 01273 433 480, or request a callback.