Calling all drivers. As the Government prepares to buckle up and further tighten the driving laws, new rules will dictate a change in the current law in terms of mobile phone usage behind the wheel.

So, whether you’re a car, van or minibus driver, put yourself firmly in the driving seat and get ready to learn the new and more updated rules of the road.

Under current UK law, it’s illegal to hold a phone - or sat nav - while driving or riding a motorcycle and all drivers must have hands-free access, as outlined on the Gov.uk website.

This also applies if you’re:

You can get 6 penalty points and a £200 fine if you use a hand-held phone when driving. You’ll also lose your licence if you passed your driving test in the last 2 years.

Currently, drivers are not allowed to call or text at the wheel, however current legislation also keeps in place a loophole that can allow drivers to avoid legal consequences if using their phone to take a photo, scroll through music playlists or play a game.

So, what’s changed and when will this come into effect?

To stay on track towards improving road safety, the government has announced the new law will kick in, in 2021, after a 12-week public consultation. The current loophole that keeps certain activities from avoiding the punishment as outlined for calling and texting will be closed. Moving forward, any social media usage or activity will have to wait until you’re safely parked up.

Roads minister, Baroness Vere has stated hand-held phone use behind the wheel is “distracting and dangerous and for too long risky drivers have been able to escape punishment but this update will mean those doing the wrong thing will face the full force of the law.”

Mobiles will, however, still be able to be used to pay for a drive-through takeaway and despite previous calls for bans on hands-free phone usage, these have since been rejected by ministers. This means drivers will still be able to utilise their device hands-free under the plans, for example using a sat-nav in a phone cradle. 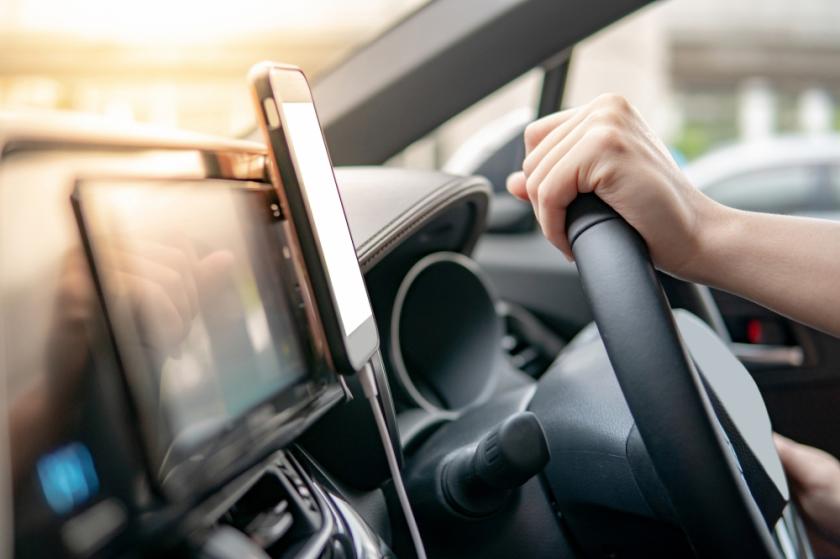 What are the consequences of failing to comply with the new legislation?

Under this new law, failure to comply will mean any driver can get 6 penalty points and a £200 fine as per the current law. Police will also be able to enforce a deduction of 3 penalty points if you don’t have a full view of the road and traffic ahead or proper control of the vehicle.

Taking into account that an automatic ban is usually triggered once any driver racks up 12 points on their licences through any number of offences, this can quickly lead to more serious consequences.

When can you use a hand-held phone?

According to the Gov.uk website, you can use a hand-held phone if:

Getting you set up safely on the road is of the utmost importance to us here at Rivervale, and we have an extensive range of leasing deals to help keep you safely moving along. Get in touch with us today for more information or request a callback at a time that’s convenient for you.