What Do Crash Tests Involve?

Travelling by car is doubtlessly one of the easiest and most efficient ways to get around the UK. Every year, the market booms with more and more cars available, all offering new benefits in terms of technology. But with great power comes great responsibility - driving, like any other mode of transport, has its own risks and dangers. It’s vital to ensure that the cars consumers are choosing are as safe as possible - that’s where crash testing comes in.

So, what is a crash test? Essentially, it is a real-life imitation of a car accident, using real cars and dummies specifically designed to simulate humans and their physical responses to the impacts of the car.

Read more: What to do if You Are Hit By an Uninsured or Untraceable Driver

In the UK, crash tests are predominantly performed under the Euro NCAP regime, which carries out a series of tests measuring different areas of a car’s safety.

Euro NCAP - standing for the European New Car Assessment Programme - is Europe’s leading organisation dedicated to assessing the safety of new cars. While not compulsory for newly produced vehicles - nor able to assess every new vehicle that comes onto the market - it is dedicated to selecting the most popular or interesting models and variants to give consumers a better insight into its safety.

But what do these tests actually involve?

How are crash tests performed?

There are lots of different crash test facilities in the UK, many of which operate independently of the Euro NCAP. However, most best practices for testing procedures will be similar, as they are looking to identify the same safety components throughout the vehicles of this test.

As crash tests are looking to assess a car’s capability of withstanding damage in the event of a car accident, it’s important that accidents are simulated in a variety of different ways. Various tests are performed through destructive imitations of frontal, lateral, and rear impacts.

For testing that is emulating car-on-car impact, the test car will be run at speed towards an imitation of a car. For example, in the Euro NCAP frontal impact Mobile Progressive Deformable Barrier test, the test car is driven at 50 km/h into a deformable barrier mounted onto an oncoming 1400kg trolley travelling at the same speed, representing another vehicle.

In other tests, measuring other forms of impact, other objects rather than vehicles are utilised. To use another Euro NCAP example, in their lateral impact Side Pole test is reconstructing accidents that are both frequent and dangerous in which a vehicle skids and impacts a tree or a pole. In the assessment, the test car is propelled sideways into a rigid but narrow pole.

Each test - and there are quite a few - is designed to measure the car’s safety features against the typical injuries that occur in each crash: to refer to our examples, the frontal impact test above estimates the risks of injuries to the head, neck, chest and abdomen. The Side Pole as a part of the lateral assessments looks at how the car can adequately protect the head of its occupant. And in rear impact tests, a large concern is how well the car can protect its passengers from injuries relating to whiplash.

So, in the process of testing, the damage to the dummies in the car will be able to tell the assessor things like how well the airbags or head airbags work, the effectiveness of restraints in the car, how controlled its crumple zones are, and more.

Euro NCAP maps out four areas of testing: adult occupant protection, child occupant protection, vulnerable road user protection, and safety assist. The first three are designed with the safety of various road users in mind - covering both drivers, adult and child passengers, and pedestrians, to measure the impact of a car hitting someone outside of a vehicle. The latter is about assessing the technology in the car, which has become more pressing in recent years due to the huge advance in the innovation of new vehicles.

Tests are performed several times with the exact same variant of car.

Read more: Driving in the Dark - How to Stay Safe

What do crash dummies measure?

Crash dummies measure the physical impact that would be endured in the various accidents simulated in the test. They also measure how well occupants of the car will be protected in the event of the crash by the car’s safety features, depending on their position in the vehicle. 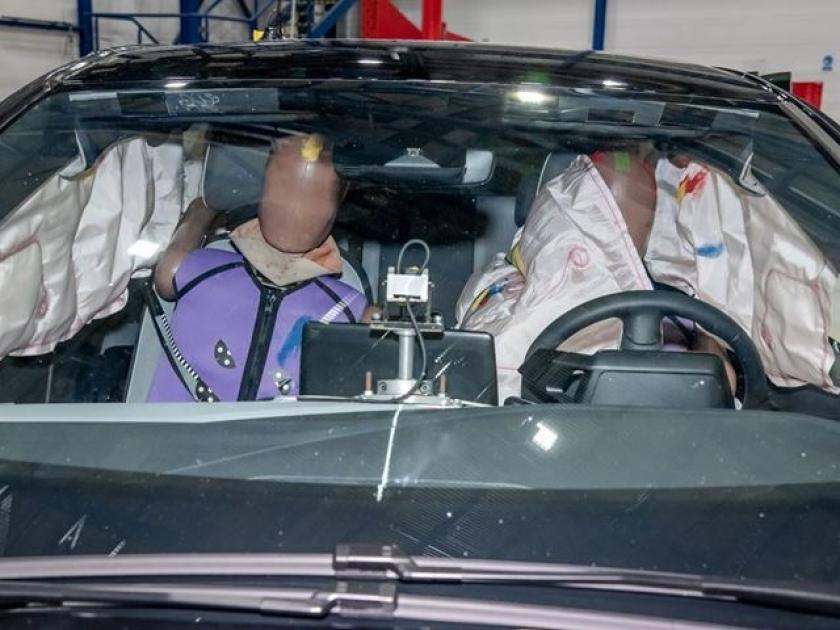 For example, in the first test that we mentioned, dummies representing two adult males and two children are placed in the test car to demonstrate what their physical repercussions of this impact would be for passengers in terms of the test car’s safety aspects.

In best practice, crash dummies are designed for specific tests in order to accurately convey the parts of the body most at risk in different scenarios. They are highly sophisticated, and highly sensitive devices - they’re not the flimsy dolls you might imagine them to be.

Knowing your car has the right applications to protect you is important and, thankfully, crash tests mean our roads are getting safer all the time. Interested in leasing a car from Rivervale, but want to talk it through first? No problem, get in touch.

Why are There so Many Different Car Chargers Within the UK Network?

What Do Crash Tests Involve?