The Future of Cars That Didn't Happen

Self-driving cars, hydrogen fuel and flying vehicles – big things are being planned for the motor industry, but what about the predictions of the past?

We investigated old car news and archives of motor magazines to find out what car manufacturers, engineers and architects thought our cars and roads would look like today. Check out our five visualised scenes below.

In 1958, Ford planned for us to drive nuclear cars

In 1958, Ford produced a nuclear-powered concept car known as the Ford Nucleon. The futuristic scale model was designed to ‘explore how the future of energy might affect the future of automotive design.’

The reactors inside the cars were supposed to be replaced every 5,000 miles at recharging stations. Instead of filling up at the pump, your reactor would be swapped with a new one, with different options available if you have a high-torque or fuel-efficient model. 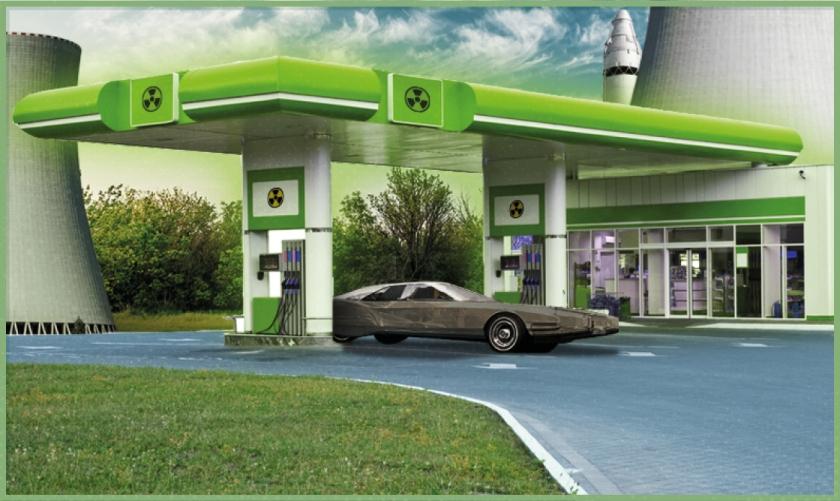 When the Nucleon was revealed, the technology was still being researched and it was thought that nuclear power would be a practical energy source. However, obvious safety issues and technical problems meant that this car never went ahead.

Research by Stanford University explains that nuclear-powered cars could be possible one day, thanks to advancements in technology. However, it’s more likely that the atomic energy would be used ‘indirectly’ and not actually part of the vehicle.

In 1957, it was predicted that our roads would become tubes! An engineer working for the American aerospace and technology company Honeywell imagined that we would have a ‘network of pneumatic tubes’ by 2000.

Pneumatic tubes were originally designed for transmitting telegrams. The system of pipelines would use air pressure to post capsules of information, which was called ‘pneumatic dispatch’. Imagine this, but on a much larger scale – where you travel inside the capsule! 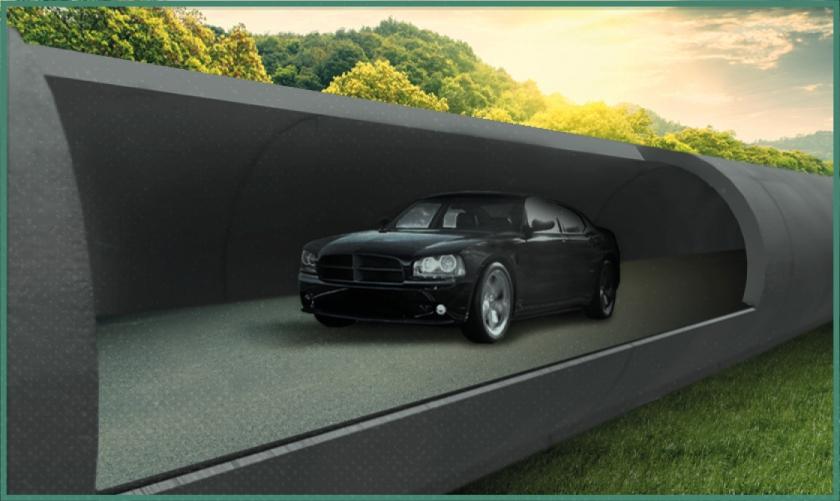 Pneumatic roads aren’t as far off as you might think. Elon Musk initially proposed the Hyperloop in 2012, a system which can transport passengers up to 760 miles per hour inside a tube.

More recently, in May this year, an American computer scientist patented a ‘vacuum tube transport system’, which is described as ‘a capsule body to transport passengers within a vacuum tube’.

In 1951, we thought the future would hold a helicopter in every driveway

The February 1951 edition of Popular Mechanics magazine presented the ‘Helicopter Coupe’, which was described as a ‘helicopter that’s small enough to land on your lawn and big enough to carry two people’.

Created by the president of Hiller Helicopters for the US military, the ultralight personal vehicle was named the ‘Hiller Hornet’. It was priced at around £3,800 in the ’50s, which equals to £81,000 today – you could buy a brand-new Lotus Evora for that much. 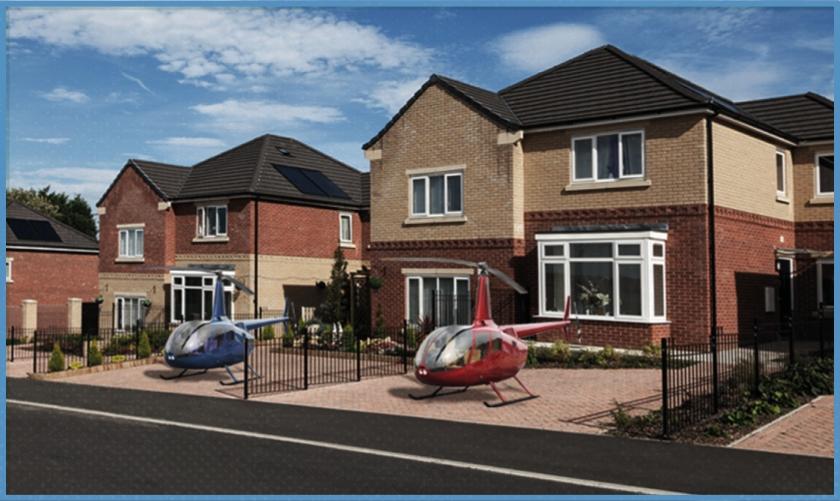 While the helicopter coupe never happened, flying cars are in production. Dutch company PAL-V is developing the world’s first flying car that can travel on public roads. Although they’re a lot more expensive than the Hiller Hornet, with UK reserve prices as high as £452,000.

In 1932, we said that traffic lights would be fitted in your dashboard

Traffic lights should be a thing of the past, according to a 1932 edition of Popular Mechanics magazine. It was predicted that stop and go lights would be fitted onto the dashboard, so drivers can see which route is open in advance. 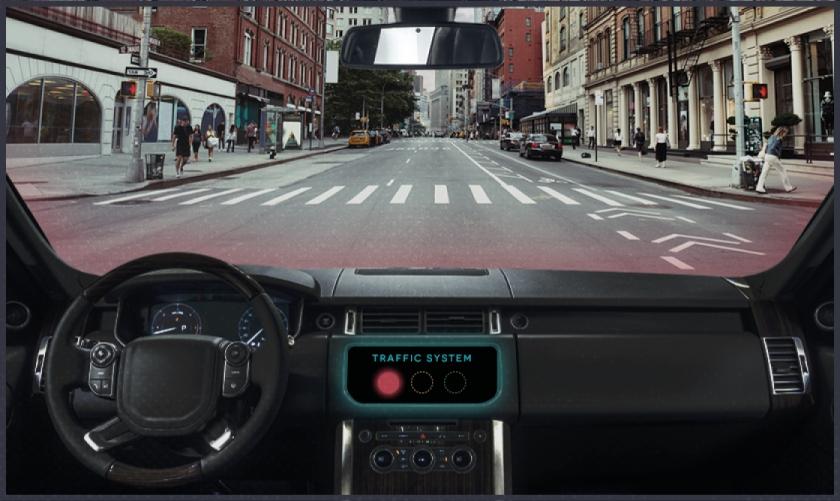 While we aren’t getting rid of traffic lights any time soon, if you’re an Audi driver, you can take advantage of the ‘Time-to-Green’ system. When waiting at traffic lights, a countdown appears on the smart dashboard and shows you how long it’ll be until the lights turn green.

What’s more, for drivers in Europe, Audi recently announced that this year, ‘Audi drivers will see in the cockpit what speed is required to reach the next traffic light on green.’ So, you might not have to wait much longer for the technology.

In the August 1925 issue of Popular Science, American architect Harvey Wiley Corbett explains how we could solve congestion problems with elevated highways.

Corbett believed that one day, ‘Future city streets will be in levels: The top level for pedestrians; the next level for slow motor traffic; the next for fast motor traffic, and the lowest for electric trains.’

Similar plans came to the UK in 1963, when planners in Derby proposed an ‘elevated carriageway that will allow traffic to circulate with convenience, while permitting continuous pedestrian flow underneath.’ 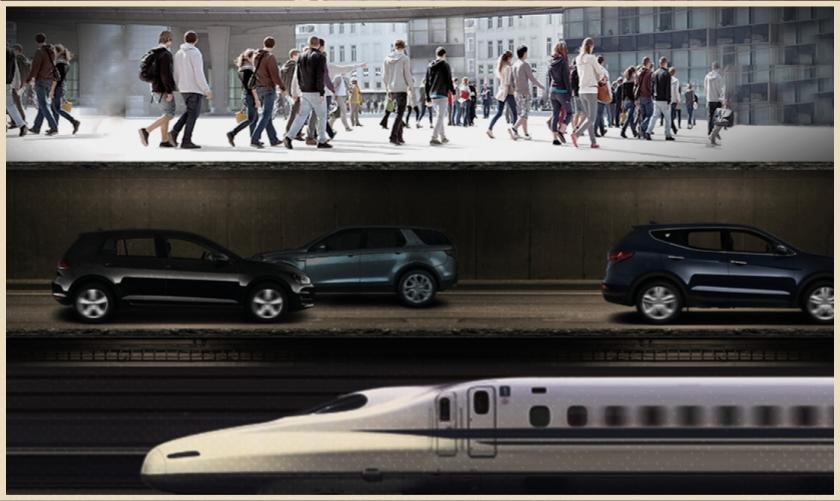 Corbett imagined that we would travel on these roads by 1950 – an ambitious plan for just 25 years in the future! While we do have elevated highways, they’re nowhere close to what Corbett had planned.

These predictions are now a thing of the past, but if you’re looking to the future, see our latest news on hydrogen cars and switching to electric, or you can find out more in the Rivervale blog.