The stories behind car manufacturers’ names can be interesting - from nicknames to the names of the founders to catchy or unusual slogans. We’ve had a look at some of the UK’s most positively thought of car brands, based on this YouGov poll, to fill you in on the story behind the brand name.

What an iconic British car emblem! The leaping South American cat that came to be a symbol of UK manufacturing prowess was actually born as a model name, in September 1935, for an SS 2.5 litre sports saloon, thus named for its feline agility and nimbleness. SS cars decided in 1945, however, that “Unlike S.S. the name Jaguar is distinctive and cannot be connected or confused with any similar foreign name”, so changed the SS brand to Jaguar Cars Limited on 23rd March 1945.

The Rolls Royce brand used the names of its designer, Charles Stewart Rolls and Sir Frederick Henry Royce. They founded the Rolls-Royce company in 1906.

Henry Royce had started an electrical and mechanical business back in 1884, and made his first car, the two-cylinder Royce 10, in 1904 in a Manchester factory. He was introduced to Charles Rolls at Manchester’s Midland Hotel in May of that year. 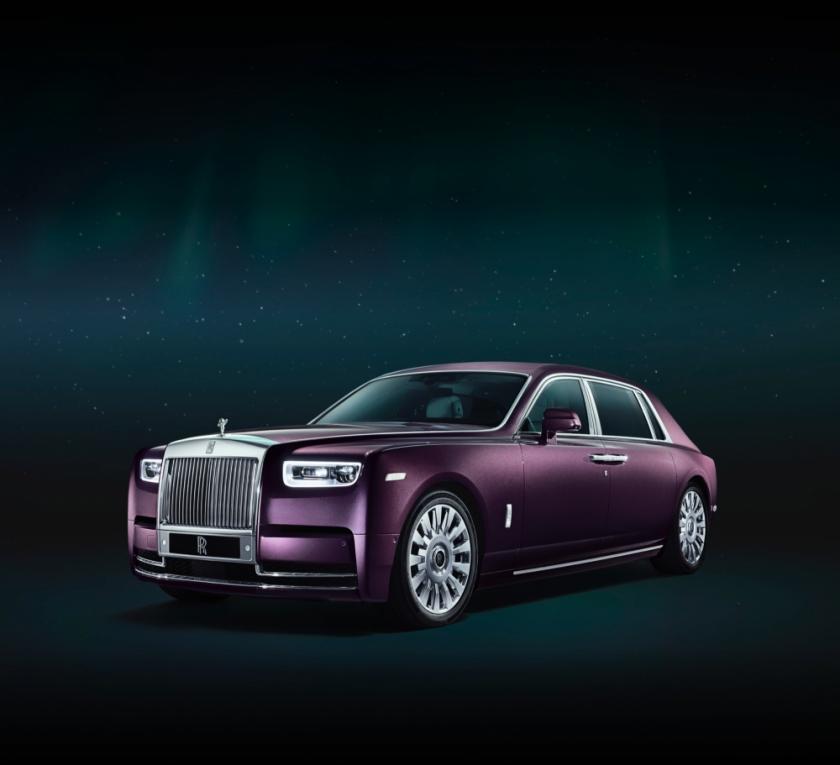 Another manufacturer named after its founders, the Aston Martin brand was born of Lionel Martin and Robert Bamford in 1914. The “Aston” part of the brand name comes from a stretch of road between Tring and Wendover in the UK which was used for car racing - the Aston Hillclimb. Bamford and Martin co-owned a garage in Kensington. They first entered a modified Singer 10 into various hill climb races before producing their own car, in 1915, under the name Aston-Martin (despite the company being registered as Bamford and Martin Ltd).

The Henry Ford Company again follows the trend of being named after its founder. Established in November 1901, Ford became Cadillac Motor Company in 1902, when Ford left the firm - and took with him the rights to use his name.

Whether you're commuting for business or pleasure, driving for many means freedom, fun and an easy way to get from a to be. However, there might be some driving laws you didn't know existed, so make sure you're aware for the next time you set foot on your journey.

As a brand name, Porsche was born in what is now Vratislavice nad Nisou, in the Czech Republic, but what in 1875 was known as Maffersdorf. Ferdinand Porsche was the eponymous founder of the brand. He launched Dr. Ing. h. C. F. Porsche AG (which sounds complicated, but imply references Ferdinand’s qualifications as a doctor of engineering) in 1931, predominantly focussing around engineering services. The name “Porsche” has been traced back to the name “bogoris”, which is Turkic for wolf or snow leopard, but is alternately derived from the German word for “offering”.

Walter Owen Bentley was born the youngest of nine siblings in 1888. He founded the company that carries his name in July 1919. 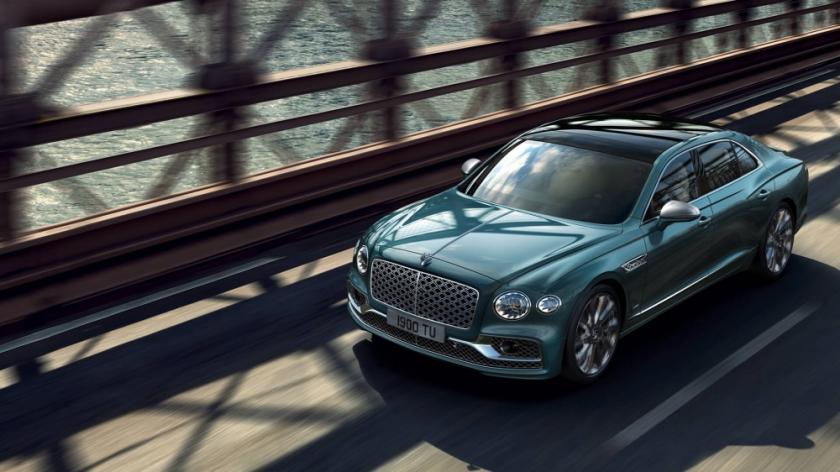 The story of the Mini is a little more complex. The brand was founded in 1969. It was originally owned by the British Motor Corporation, which in 1966 became a part of British Motor Holdings - which later merged with Leyland Motors in 1968 to form British Leyland. MINI has been owned by BMW from way back to 2000. The label has been used for a range of small cars over the years, such as the Austin Mini and Morris Mini, but became a brand in its own right in 1969. Performance versions of the mini use the name Cooper, due to the brand having a partnership with racing hero John Cooper.

Audi is an interesting brand name. It’s based on the Latin translation of the founder’s surname - August Horsch. Horsh is a German word for “listen!”, so “Audi!” is the Latin equivalent of this. Tracing back to 1899, it is also popularly believed that Audi is an acronym, standing for Auto Union Deutschland Ingolstadt.

Volkswagen’s history is well-known for being steeped in controversy. The brand was created by the Nazi government in Germany, under Adolf Hitler, as a car to invoke nationalism amongst the populus. The Nazi government owned the brand, and “Volkswagenwerk” translates from German to “the people’s car company” in English. Operating from Wolfsburg, from 1945 when the Second World War was over, the brand looked set for collapse. However, Allied forces supported the brand to resuscitate the German car industry, and it has eventually shrugged off its ignominious beginnings to become a popular and renowned company.

Ferrari seems exotic to non-Italian speakers, but it is actually the third most common surname in Italy. The plural of “ferraro”, or “blacksmith”, it comes from the Latin “ferrum”, meaning iron.

Curious about the brands that have taken the initiative to help protect the environment? Here are five of the greenest car manufacturers in the world.

Lamborghini again traces back to its founder, Ferruccio Lamborghini, who began building cars in 1963. With a logo which is a little fiercer than Porsche and Ferrari’s stallions, the Lamborghini bull is a nod to Ferruccio’s passion for bullfighting, born when he visited Don Eduardo Miura’s ranch in Seville. Many of the models are in fact named after famous fighting bulls and bull breeds, such as the Murcielago, Diablo, Urraco, Jalpa and Gallardo. 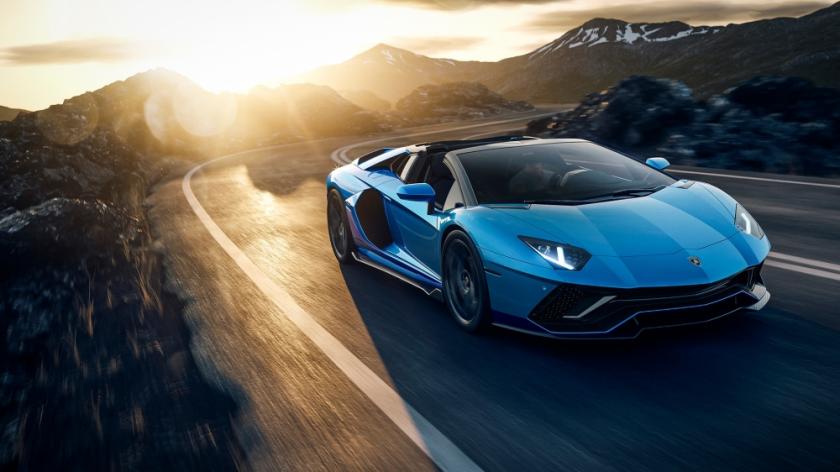 This is a simple story, as BMW is simply short for Bayerische Motoren Werke GmbH, which translated into English comes out as the Bavarian Engine Works Company. This harks back to the company’s roots in Bavaria, and reminds us that BMW’s original product range was of engines for various applications, not just cars.

Toyota Motor Corporation was again named after its founder - Kiichiro Toyoda - who started the brand in 1937. It was decided that Toyota sounded better than Toyoda for the brand name despite the founder’s surname, in part because the name Toyota could be written in eight strokes of Japanese script - and eight is a lucky number.

Honda is again named after its founder, Soichiro Honda. The surname Honda actually means “original rice paddy” in Japanese, but the brand took off under this name, probably because of how simple and recognisable it is. Soichiro had worked on bikes, but moved his interest towards building cars. He started as a mechanic, then manufactured parts for motors, before finally establishing his company as Honda Motor Company in 1948.

These are some of our favourite iconic automotive manufacturers, and the stories behind their illustrious brand names! We hope you’ve found the stories above interesting - some snippets which may well come in handy at the Pub Quiz!

If you're looking to lease a vehicle from any of these manufacturers, get in touch with our expert team on 01273 433 480, or request a callback at a time that suits your schedule.