Which Fuel is Right for Me?

While an exciting process, choosing a new car can be a tough decision to make. There are so many things to consider.

Do you want something family or luxury? Front, rear, or four-wheel drive? And don't even get us started on colours (when you're stuck picking between burnt orange and midnight purple, you know you're in trouble)!

Now, with new EV's, PHEVs and hybrids rolling onto the market place, you've got even more choice when it comes to picking a fuel type. But while an alternative fuel type may sound like a great way to drive greener, it's important to consider whether that’s the best choice for you right now. Taking your driving needs and habits into consideration, you'll find some fuel types are more suitable than others. And that's the key to making the right choice for your daily driving needs.

Not sure which fuel type is right for you? We're breaking down the four most common car power types, as well as what they're best suited for.

It's essential to recognise that both these car types need to be plugged in to be recharged (or re-fueled). So, the biggest deal-breaker here is whether you have access to off-road parking where a charging point can be installed. If the answer is no, then you'll want to choose one of the other car types on this list.

Electric vehicles are best suited to those that travel between 30 to 100 miles per day. Got longer journeys planned? A pure electric vehicle will still be able to handle these - as long as you're able to recharge your vehicle mid-journey. If you can't, or hunting down charging points is too much of a hassle at the moment, then you'll probably want to settle for a PHEV or hybrid instead.

Read More: What Would Incentivise More Drivers to go Green?

For those with more of a varied usage pattern, hybrids are an ideal choice. Part electric motor, part petrol engine they're incredibly versatile. They also consume less fuel, so in turn, emit less CO2. Unlike EVs, hybrids don't recharge via a plug-in. Instead, the batteries get recharged from the energy captured from braking.

As such, they're great for 'start/stop' city driving, though you can also use them for longer journeys (when the petrol engine kicks in). If your heart is set on driving more 'green' but you don't currently have access to an off-road charging point, then this is the next best thing. It's important to note that these aren't as well suited for longer journeys (we're talking 100 miles plus). For these, you'll need to have a look at the next option on our list. 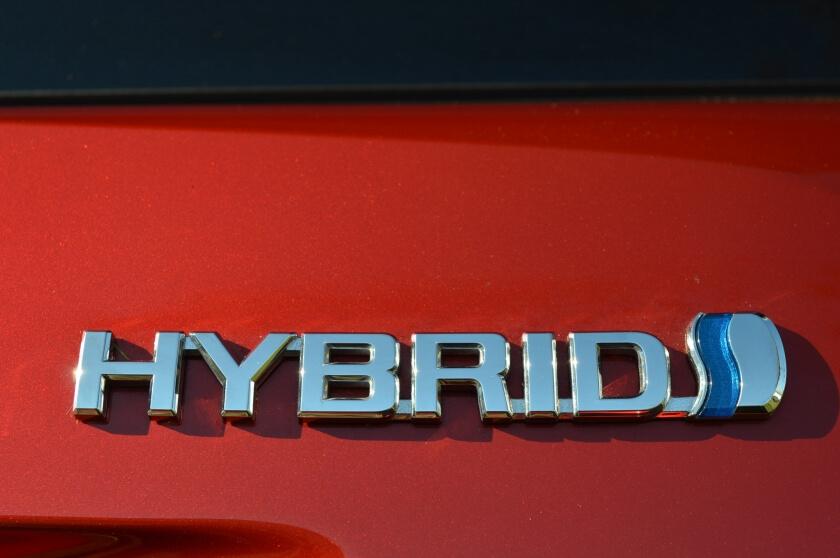 If you live outside of the city and, as a result, don't do as much start/stop driving, then you'll probably want to stick with a petrol car. This fuel type is ideal for those that travel less than 100 miles, typically with a few occasional journeys up to 150 miles. For those with environmental concerns, know that most gas stations serve unleaded fuel. It's combined with bioethanol, which makes the petrol somewhat greener (not in colour though!).

Now, just when you might be thinking there are only a few options on this list, we're here to tell you that there are, in fact, three different types of unleaded petrol. These are Premium Unleaded, Super Unleaded and Premium fuel. All of these will be mixed with up to 5% of bioethanol. But don't worry - your choice is pretty straightforward here. As long as you drive a standard vehicle which isn't a performance car (e.g. a Porsche), then all you'll really need is Premium Unleaded fuel which is available at most gas stations across Europe and the UK.

Spend a large portion of your time driving on motorways? Then diesel really is the way to go. This fuel type is made for those drivers who maintain speeds of over 50 mph for bouts of 30 to 50 minutes. It's best for those typically completing journeys of over 100 miles on the regular.

While diesel cars have historically boasted better fuel economy, according to the OECD, diesel is a much less eco-friendly option. That's because of the non-CO2 nasties it emits, such as carbon soot, nitrogen oxides and particulates which make it 15-18% more harmful than petrol. So unless you're a lorry driver who spends their life on the road, you'll probably want to opt for a petrol engine instead.

So there you have it - those are the four most common fuel types you can choose from for your lease car. Now, it’s time to get back to the critical stuff - comparing colours and testing out fancy cup holders. If for any reason you are still without decision have a look at our simple guide below for some more clarity. 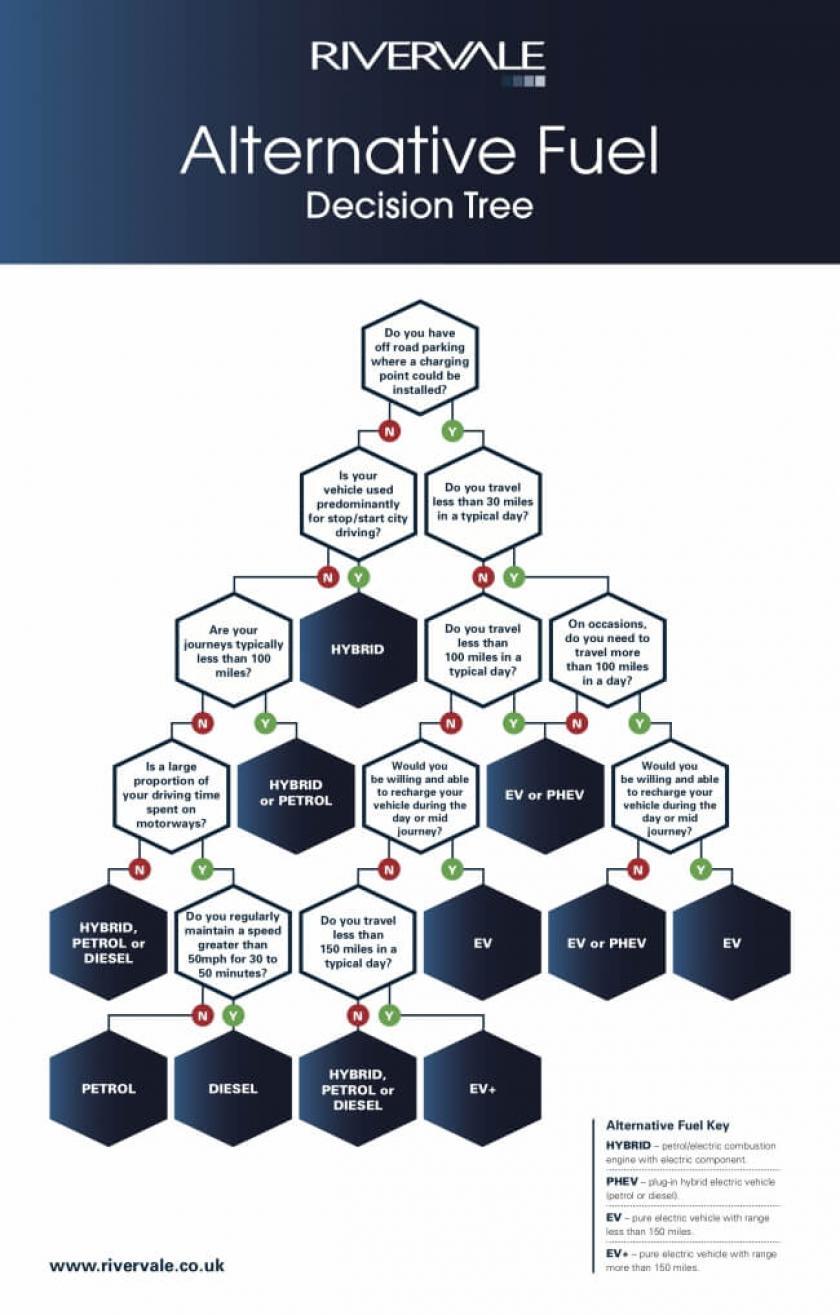 At Rivervale, we make finding the perfect lease car for your daily driving needs easy. Just give us a call on 01273 433 480 to speak to one of our friendly advisors or request a callback at a time that suits you.

Have you recently changed to a new fuel type? What impact has it had on your driving experience and costs?