Will Google's Car be Sticky?

Vehicle manufacturers are constantly striving to make their cars safer and with good reason, for the year ending September 2015 there were 1,780 reported fatalities on the road. Are sticky cars the answer? Google think they might be ...

Google has attracted a lot of attention recently with a patent they received on the 17th May. The patent was for an adhesive coating for the front of their cars. It may sound strange, but there are some good reasons behind Google’s latest idea!

It has been accepted that a self-driving car will not be able to avoid an accident 100% of the time. So Google has turned their attention to how best to protect pedestrians if they find themselves in a collision with a car. The theory behind the sticky car is that pedestrians who are struck by a vehicle not only suffer injuries from the initial impact, but then go on to suffer injury from secondary impacts. Secondary impacts occur when the person has bounced off the car and then may land on the road in the path of another vehicle causing more harm. Therefore injury could be reduced by preventing secondary impact, by keeping the pedestrian on the car instead of allowing them to be bounced off! 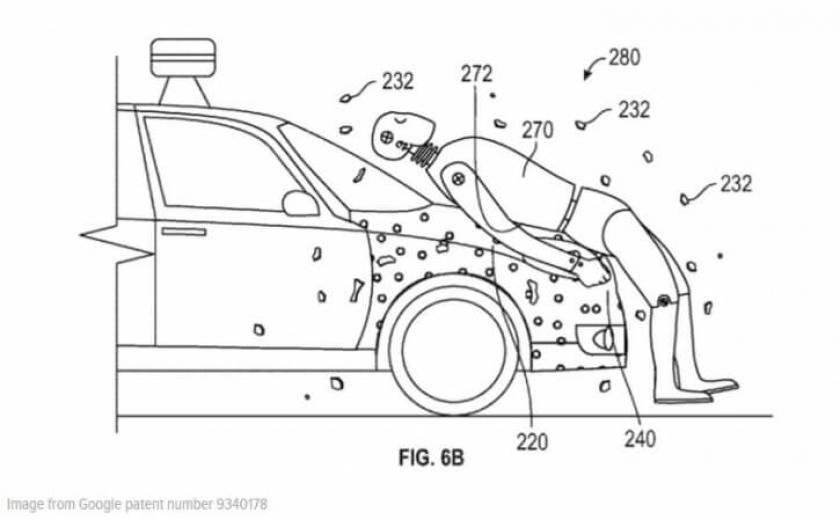 To achieve this Google has created an adhesive coating for the front bumper, side panels and hood of their cars. This sticky surface will be covered by another thin layer that would shattered on impact to reveal the adhesive. There are currently no other technologies whose main aim is to protect pedestrians from secondary impact.

So will we ever see Google’s sticky car on the road? When asked, a Google Spokeswoman responded ‘We hold many patents on a variety of ideas. Some of these later mature into real products and services, some don’t.’

Whether or not human flypaper becomes a reality, there are still some very impressive safety features out there already. Here are a few of my favourites …..

Which safety features would you like to see manufacturers develop and do you like the idea of a sticky car?