The 2018 Toyota Yaris hybrid may not win all the accolades when it comes to competing against its competitors, but it wins for practicality and reducing costs.

I stepped into the Yaris Hybrid to see if the hype of it being a good, economical car was true…

Engine ✅
This year the Yaris Hybrid gets a 1.5-litre petrol engine, which was initially taken from the Prius. Although the Yaris is not a recipient of Toyota’s latest high-tech engines, it still offers enough power when you need to pick up speed. The car picks up speed from 0-60mph in 11.8 seconds and it has a top speed of 103 mph, which is not the fastest, but it still handles well when you need to overtake vehicles on the carriageway or motorway. Clearly, it’s not the fastest supermini vehicle or the best motorway cruiser around, but it still packs a lot of power for a small car.

Exteriors ✅
On the outside, the Toyota Yaris comes with 16-inch alloy wheels, a rear spoiler and chrome side sills. The overall design of the car looks more aggressive too, with the addition of a new 1 large piece grille, LED front and rear lights, which includes an automatic dusk-sensing function. 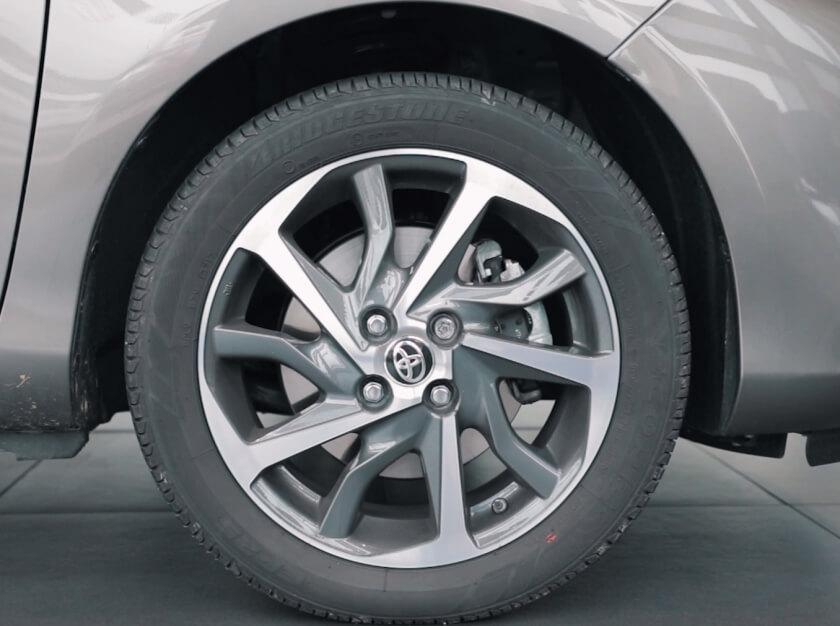 Styling/Interiors ✅
On the inside, it’s not hard to tell that Toyota has invested a lot of money on improving the interiors of their latest version of the Toyota Yaris. Although their latest model still includes cheap and shiny plastic that can be scratched and damaged easily, much of the car's materials, especially the car's seats, are comfortable and well put together. In terms of new interior equipment, Toyota has added a new infotainment touch-screen system (6.1 inches in the hatchback and 7.0 inches in the sedan), which is very impressive. However, it's all well and good to have high-res touch-screen system, but both cars still don’t accommodate Apple CarPlay or Android Auto, which is frustrating, especially if you want to enjoy a pleasant drive listening to your all-time favourite tracks. 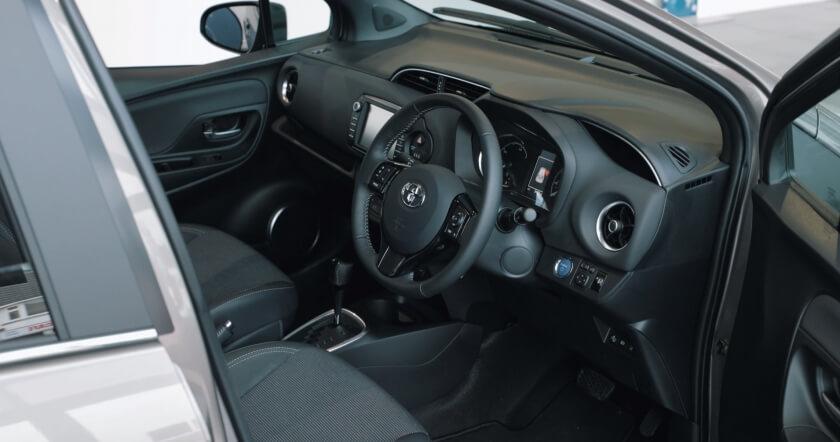 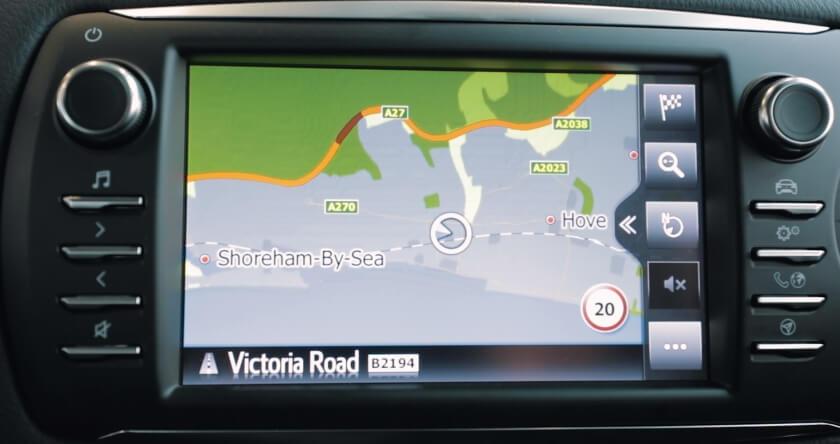 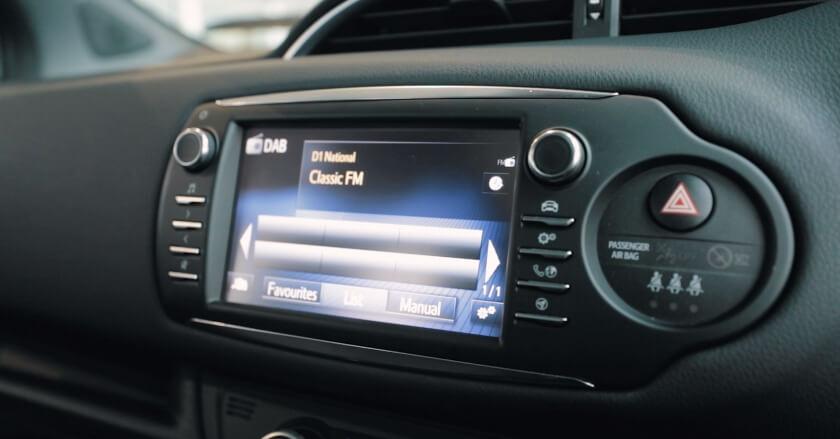 However, if you’re mainly looking for a car that has a lot of space, the Yaris is one of the best superminis around. The Yaris offers plenty of passenger space, storage space and boot space. Boot space is set at 286 litres when the rear seats are up or placed in the normal position. The boot space can also be extended to 768 litres when the rear bench is folded flat, which is impressive for any small family sized car. In addition, the car feels a lot bigger when compared to its predecessor, thanks to the cars large side and rear windows.

Trim Levels
The Toyota Yaris Hybrid is available in 4 trim levels - Icon, Active, Excel (the one I reviewed) and Design. Standard features can be seen as per the table below;

Safety Mechanisms ✅
Toyota Yaris has an abundance of safety features such as Toyota safety sense with road sign assist, which monitors road sign and displays speed limits with a clear view as well as lane departure alert, that detects lane markings on the road and notifies drivers if they are at risk of driving outside of their lane. I personally really liked how the car alerts you when you are approaching different roads as it helps minimise the possibility of, for example, exceeding the speed limit or going down a one-way road.

Verdict
I must say I didn’t really have high expectations before jumping into the Yaris Hybrid, but I can truthfully say it surpassed my expectations. When in the quickest gear, the acceleration is very impressive and it doesn’t struggle uphills. The only downside is the CVT gearbox, particularly because it does make a lot of rev noises when you’re accelerating. Other than that, it’s a great car and the engine is very powerful for a hybrid. Also, I think there is a huge benefit in being able to switch from driver modes.

If you want to view our selection of hybrid cars, please visit our Green Leasing page.

What are your thoughts of the 2018 Toyota Yaris Hybrid?