My 2 Weeks with the BMW 4 Series Gran Coupe

Two weeks in this car was great, another two weeks would probably be fun too, but the question is would I get one or was it just fun for the weekend...?

The Gran Coupe is essentially the four door version of the very attractive and sporty looking 4 series. Our friends over the road at Chandlers BMW Brighton kindly offered me a test drive over the Christmas holiday period. The vehicle combines the sexy styling of the two-door 4 series coupe, with four doors, adjustable rear seats and a hatchback boot with generous space.

Outside the BMW 4 Series Gran Coupe

To accommodate the rear doors, the roofline of the Gran Coupe has been stretched, and as a 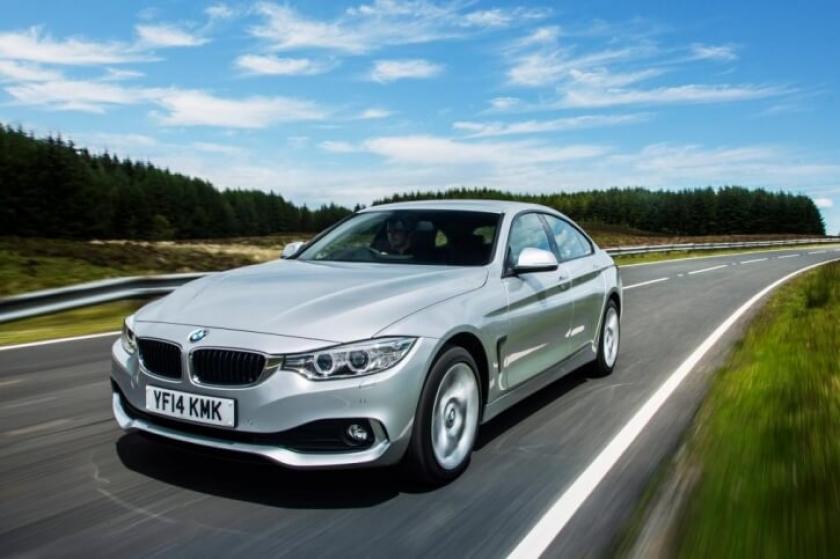 result there’s more interior space and also room for a third rear passenger … just! The rear seats can adjust to expand and maximise the boot space, which was great to get longer things in. I managed to get my golf clubs and a weeks worth of grocery shopping in the back without having to adjust the rear seats.

Thanks to the taller roof there’s slightly more headroom – plus some additional knee room – however for the taller man like me the impracticality of such a low vehicle leaves a bit to be desired. It took me the full two weeks to 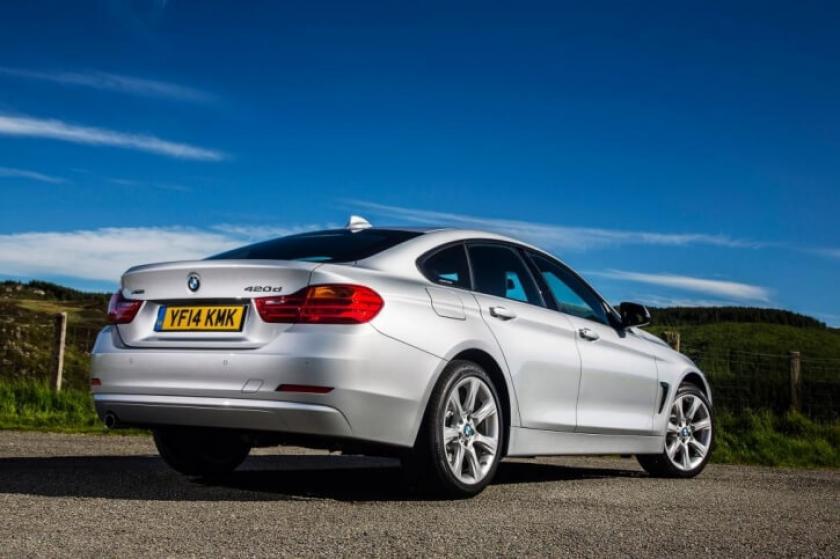 work out that this car isn’t about practicality, however, that’s not to say that the Gran Coupe doesn't offer some cool solutions. I have driven enough cars to appreciate the difficulty manufacturers have in meeting the demands of drivers everywhere with practicality, drivability, style and curb appeal.

The Gran Coupe offers the most basic but essential of necessities for practicality in it having 4 doors, the downside in my opinion is these doors are frameless. They are exposed glass meaning finger marks are left every time a passenger enters and exists, what’s more I feared several times that the glass would break with anything more than a gentle slam.

Inside the BMW 4 Series Gran Coupe

On the inside the Gran Coupe feels excellent, with hugging sporty seats and brilliant comfort 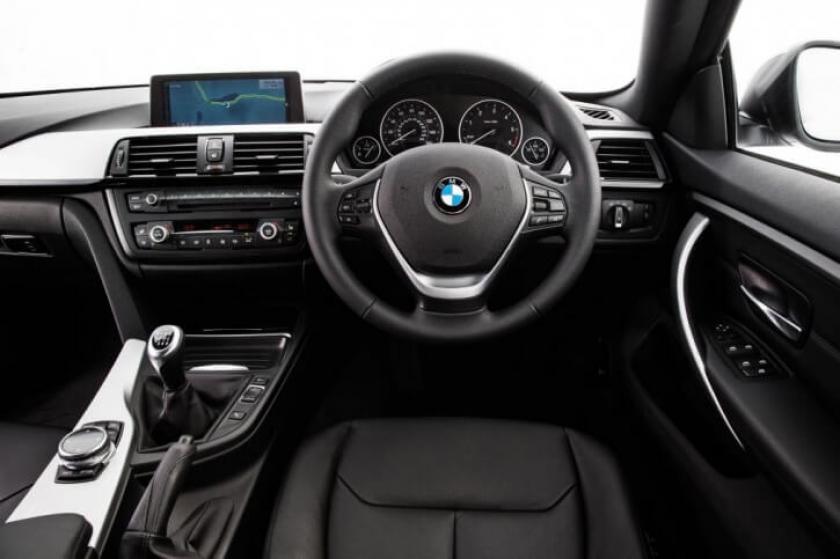 from the driver’s seat. You sit low to the ground in true sports car fashion and have everything in comfortable reach from the pilot seat. At 6 foot 4, the position of the rear view mirror caused some concern, taking up a hefty portion of sight due to the low angle of the windscreen. The interior in this model came equipped with heated leather seats, AC and all the gadgets you’d expect from a car of this caliber, including a very nice 6.6 inch display screen that sits as though it was pushed into sand on the dashboard. 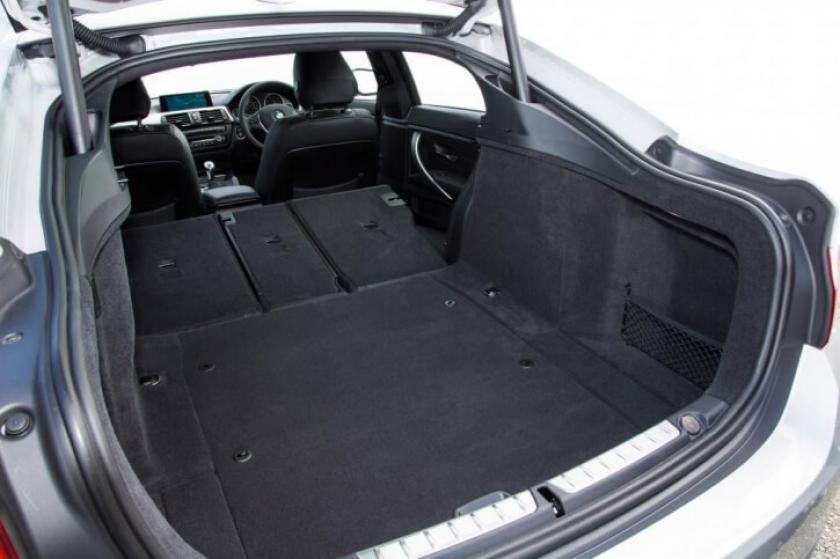 For direct comparisons with a standard 3 Series, the Gran Coupe gets you a full leather interior, front and rear parking sensors, dual-zone climate control, a digital radio and a very smart 6.5-inch colour screen which looks like it should be touch screen, but sadly isn't.

The control system for all the extra gadgets is based on a 360 degree turning nob very similar to Mercedes models, and was easy enough to use, it did however feel a little over complicated sorting out the sat nav.

Putting the specs and additional space aside, there isn’t a lot to separate the Gran Coupe from 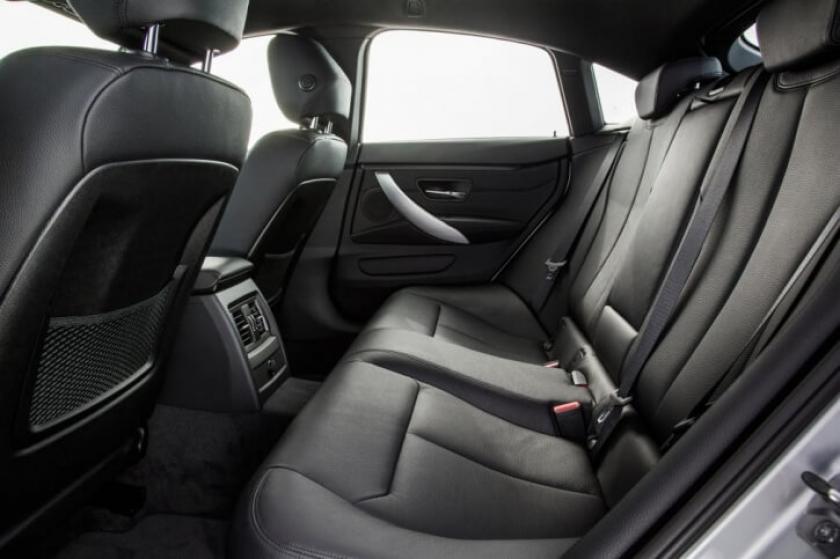 the 3 Series or a standard 4 Series for that matter. But with the trademark BMW traits of a graceful ride, communicative steering and faultless body control, you can be confident with what you're getting from from your driving experience with the new 4 series. Once I was Bluetooth connected with ‘choones’ banging I really felt quite superior and started to feel the benefits of the BMW driving experience.

As an M Sport version of this model I was eager to test out the performance and drive, and it certainly did not disappoint. Once in Sport mode this car is an absolute joy to drive. With the drivers position low to the ground and the strong body control, responsive steering and firm ride you really can hug those country lane corners and remain in total control of the vehicle. At no point did I feel out of control driving and I always felt extremely safe and well cocooned, a trademark of ze German quality and engineering. The parking sensors are a little bit shouty and at times made me feel angry, as if to say BMW thinks I don’t know how to park, but you can of course switch these off.

The 2.0-litre diesel engine can be a little rough at idle, but once up to speed it settles, even at driving limits it remains hushed. But with this Sport model you get a firm suspension set-up with the Adaptive M Sport Suspension, and it gives a soft ride when you’re taking it easy and a stiffer set-up when tackling tougher roads.

In summary this is effectively a four-door version of the 3 Series coupe saloon. If you want a low-slung coupe, so logic would have you believe, you buy a 4 Series two-door.

Yet BMW designed the 4 Series Gran Coupe for drivers who want to combine the practicality of the 3 Series, but with the styling and kerb appeal of the 4 Series.

It’s low enough to be desirable, long enough to be versatile for day-to-day use and still every inch a proper bad boy BMW, with all of the driving enjoyment and quality that implies. For those who want style and a sporty drive without too much compromise, it’s a great solution.

I give it the thumbs up, with a ‘heads up’ warning for any one over 6 foot 2 or with bad knees as getting in and out will be the issue that haunts you the most.