History of the Ford Fiesta – top-selling vehicle in the UK

Since its debut in 1976, the Ford Fiesta has become a much-loved piece of Britain’s driving culture. So much, in fact, it’s the top-selling vehicle in the UK. One of Ford’s most important and best-performing cars, the affinity for the Fiesta is shared across the globe, with more than 16 million vehicles sold throughout Europe, the USA, South America, Australia and Asia.

Much of the success of the Fiesta can be attributed to sleek styling, impressive practicality and a wealth of technology to support drivers. Celebrating 45 years of motoring popularity, the Ford Fiesta has earned itself podium place both on the sales charts and in the hearts of the British people. So, how did the Ford Fiesta come to be the UK’s most popular car, selling more than 4million vehicles over the last four and a half decades? 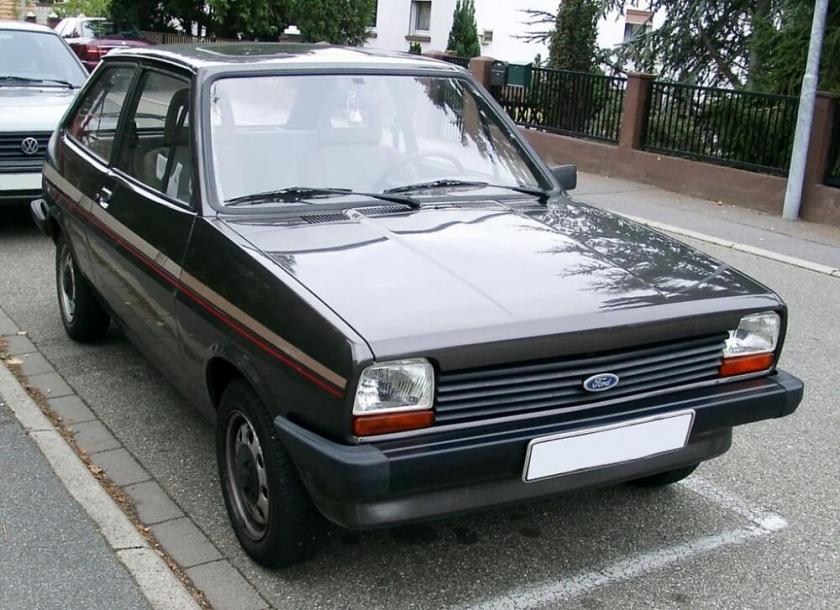 The Ford Fiesta Mk1 was launched as an affordable car in 1976 and followed the success of Ford’s Escort model, offering a slightly lower manufacturing price point. Sharing similarities with the body of the Fiat 127, the first Ford Fiesta was sold in the UK in January 1977, and it didn’t take long for the car to gain popularity. 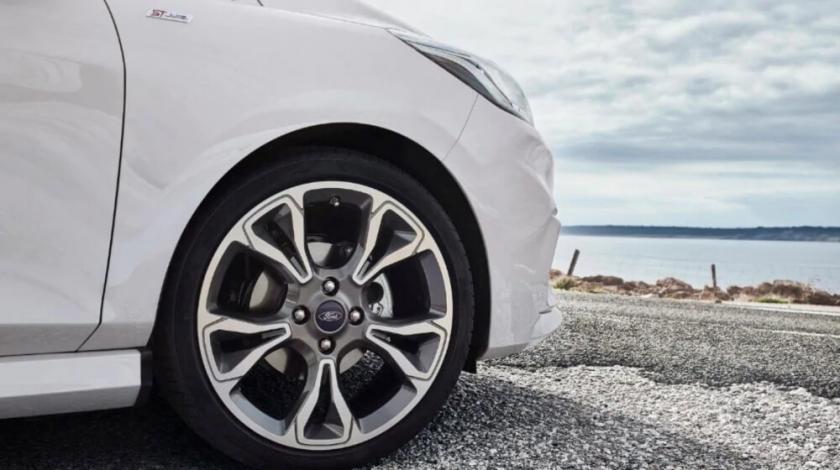 Just a year later, in 1978, the Ford Fiesta overtook the Vauxhall Chevette as the top-selling supermini in the UK. With a price point of £1,856, it was an affordable and well-built car that made it accessible to drivers. The introduction of the Fiesta to Ford’s fleet was historic not only for its success globally but also for being Ford’s first front-wheel drive.

Time for a change

Throughout the 1980s, the Fiesta kept up the pace and maintained its ranking as a leader in the supermini market. In 1983, Ford introduced the updated Mk2 edition of the Fiesta, featuring a refreshed interior and front, and the first diesel model. With improvements also made to the fuel efficiency, aerodynamics and the addition of a fifth gear, the Ford Fiesta could now reach a sprightly top speed of 86mph and go from 0-60 in just under 19 seconds (slow by today’s standards but impressive during its era). In 1987, an astounding 150,000 Ford Fiestas were sold in the UK.

1989 welcomed in the third generation of the Fiesta, again taking on a shift toward a slightly updated design. Recognising the changing needs of consumers, it was now made available in a 5-door model, with a wider and longer body, and was the first small car to feature ABS. 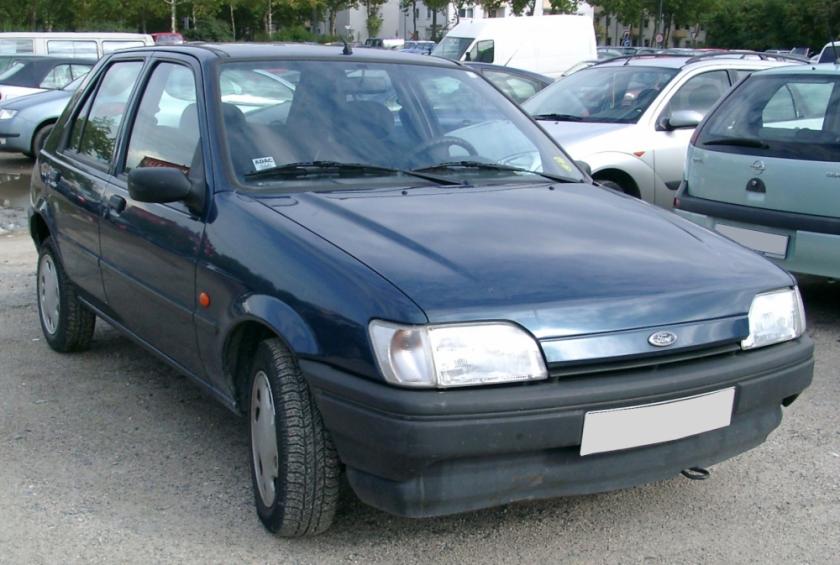 Building on the continued success of the Fiesta in the UK, Ford took the crown for What Car? Magazine’s ‘Car of the Year' in 1989 and made more than 1 million vehicles within the first two years of the third generation's production. 1990 also saw the introduction of a turbo model, following the hype around hot hatches.

From 1995-2002 Ford continued to present new and upgraded iterations of the Fiesta, launching the Mk4 and Mk5 editions. Both featuring more curves, modern designs and new top speeds thanks to the inclusion of more powerful engines. These models kept pace with the previous success of the Fiesta in the UK, with the Mk5 winning an award as Britain’s best-selling supermini in 2001. During this period, from 1995-1997, Ford continued to sell the third generation of the Fiesta in the UK under the guise ‘Fiesta Classic’. 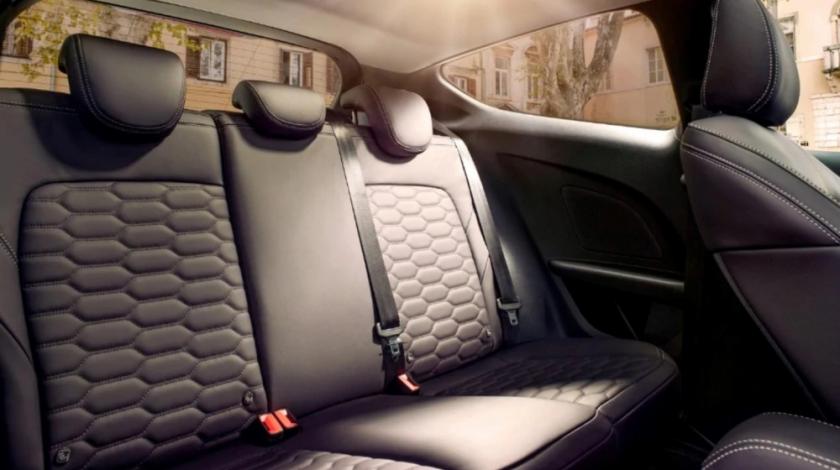 The new millennium brought with it a new version of the Fiesta, now in its sixth generation. More developed than previous editions, the Mk6 maintained a similar look to the Ford Focus and marked the launch of faster new models, including the debut of the Fiesta ST. Favoured for its collection of new technologies and rounder design, the Fiesta Mk6 was one of the most efficient and inexpensive small cars on the market.

Read More: The Ford Puma - Once A Coupe, Now An SUV!

This period also marked a new horizon for the popularity of the Ford Fiesta globally; marketed as a ‘world car’, it was sold in Australia, India and Japan. In 2009, the Mk6 took the title of the third most reliable car in the UK.

2008 saw the introduction of a radically new-look Fiesta. Sportier, sharper and with an EcoBoost engine, big changes had taken place for the much-loved Ford supermini. All of these changes made for a more efficient car with superb handling that made it more fun to drive overall. The newer Mk7 continued to follow the path of its predecessors, this time winning Top Gear's ‘Car of the Year in 2013’. By 2014, the Ford Fiesta had become the best-selling car of all time in the UK.

Ford’s newest model hit the streets in 2017 with a host of high-end features, including ultra-contemporary styling and advanced technology. The range has expanded with the eighth generation, introducing the Ford Fiesta Active, the first crossover model with rugged SUV-inspired styling. With the overall success since it first hit roads across the UK in 1976, the Ford Fiesta has since become a bit of an icon in Britain, taking its rightful place as the top-selling vehicle in the UK.

Want to lease your own Ford Fiesta? Rivervale offers competitive prices with our price match challenge. Chat with one of our team on 01273 433480, or request a callback.