The Renault Twingo GT at Goodwood Festival of Speed

What could be better than the practical, easy to manoeuvre Renault Twingo city car? … a hot version of course!

Whilst at Goodwood festival of speed, it was hard not to have your eye drawn to the Blaze Orange Renault Twingo GT making its world debut. Renault has not just added a few stripes and called it the sports version, the engine has been reworked to make this little Renault a city car with a fun sporty spritz.

Starting on the outside this Renault Twingo’s GT status is immediately obvious, most striking are the NASA inspired stripe details to the roof and bonnet. You also can’t ignore the Blaze Orange paintwork, for those who don’t want to stand out quite so much the Twingo GT will also be available in Lunar Grey, Diamond Black and Crystal White. Speaking of the bold colour choice for this GT, Mario Polla, Twingo Design Project manager has said;

“Twingo is to some extent, the cheeky little monkey of the Renault family … It likes surprises and that includes its funky Blaze Orange paintwork.”

On closer inspection there are further new details to take note of. The ride height of this GT is 20mm lower than the average Twingo, sitting upon 17” wheels fitted with Yokohama BluEarth tyres and twin chrome exhaust pipes have appeared. Renault Sport badging has been applied to door sills, aluminium pedals and the alloy gear lever. 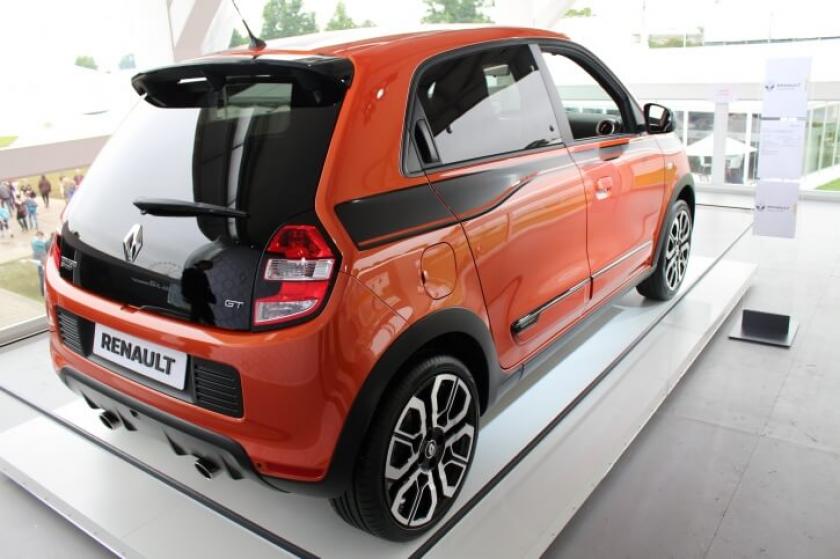 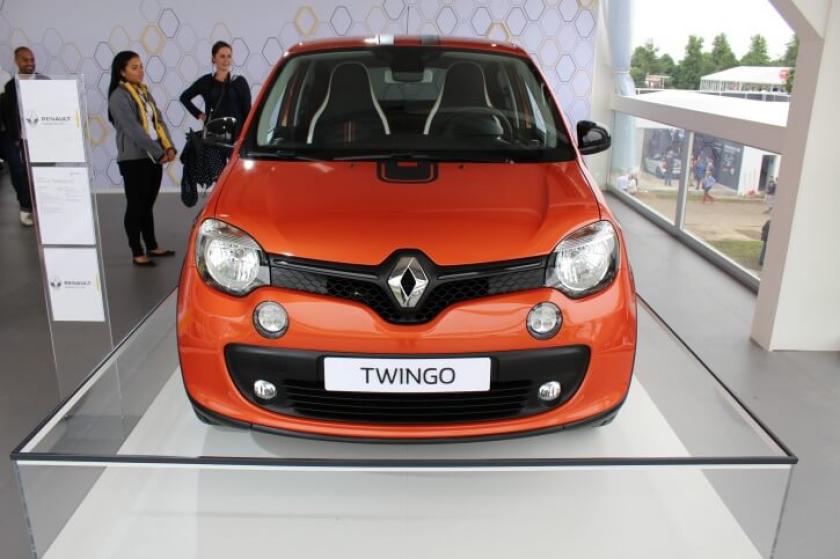 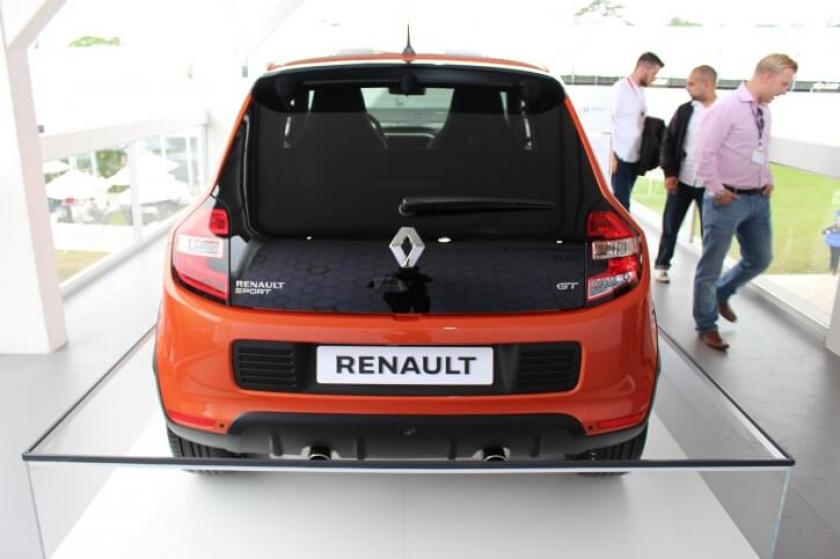 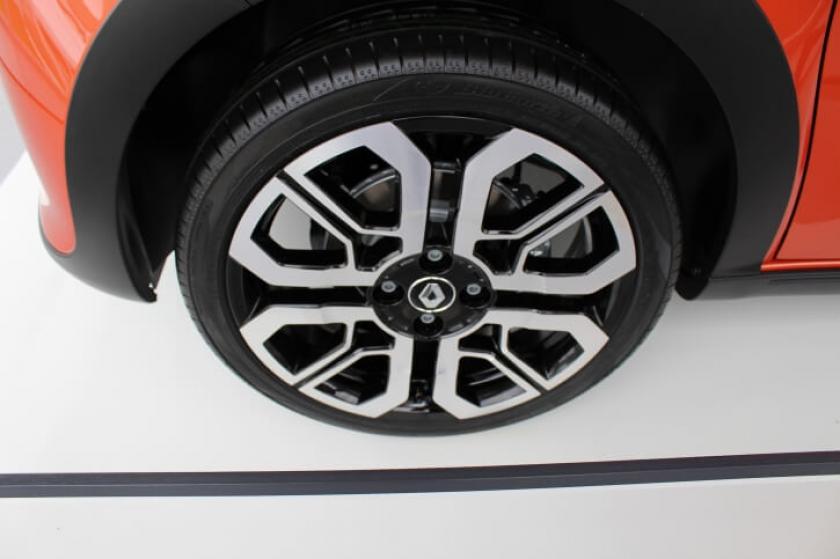 An air intake that was previously located above the wheel arch has moved and can now be found on the rear left hand wing. This change of position is far more than a design feature and leads us onto to engine developments Renault has made. The lateral air intake reduces the temperature of air entering the turbo charger by 12% and when combined with effects of an upper section duct flow the rate of combustive air is increase by 23%. With better air flow comes a faster rotation of the turbochargers and so enhanced engine performance.

In a first for Renault Sport the Twingo GT will be a rear wheel drive car providing engineers with a fresh challenge acknowledged by Patrice Ratti, Managing Director of Renault Sport Cars

“It was a real challenge for Renault Sport to work on a rear-engine car since the handling of a rear-wheel drive car is very different from that to which we are accustomed. We had to tackle this issue head on, as it were, and I think we have risen to the challenge brilliantly! Twingo GT is a balanced car, fun to drive and offers performance levels that are very close to those provided by a second generation Twingo R.S.”

The 110hp TCe turbo stop/start engine used produces 170Nm of torque and is expected to accelerate from 0-62 mph in just under 10 seconds with a pick up speed that will sit among the best in its category, travelling 50-75 mph in less than 9 seconds. 2 modes will be available; normal and eco, the throttle response will adjust to switch the focus of the engine between performance and economy.

Renault has also provided a first for the sports city car segment by including variable ratio power assisted steering. At higher speeds the steering wheel will feel a lot firmer, to provide 1 degree of movement the wheel will need to be turned 18 degrees. To make the Twingo GT more easily manoeuvrable, at lower speeds only a 13 degree wheel turn will be needed to create 1 degree of vehicle movement. When combined with a turning circle of only 4.30 m the Twingo GT will make easy work of wriggling in and out of parking spaces around the city. 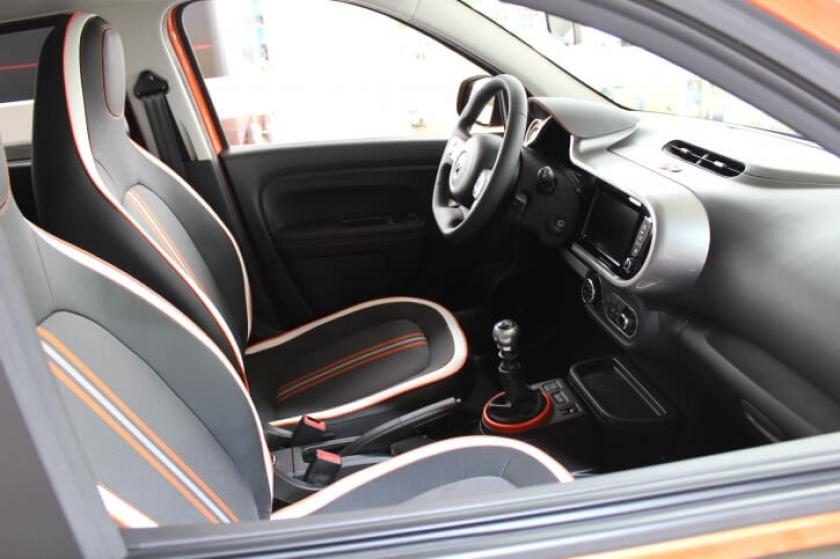 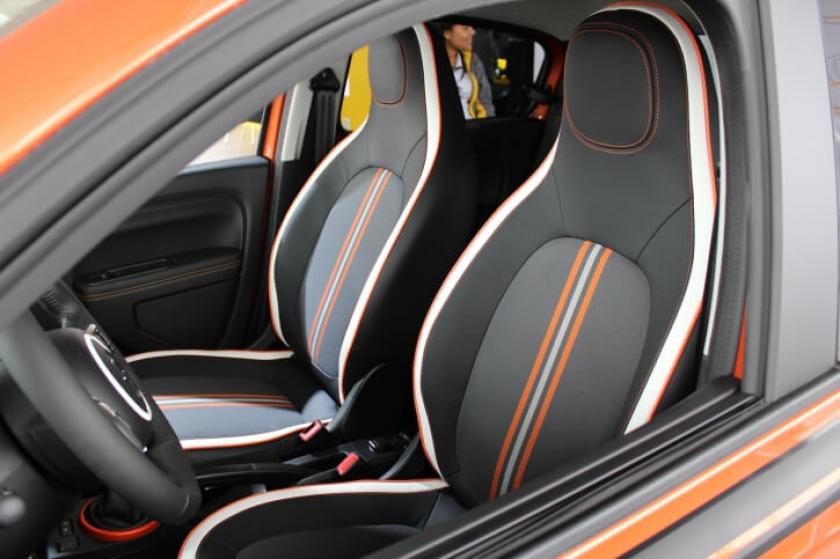 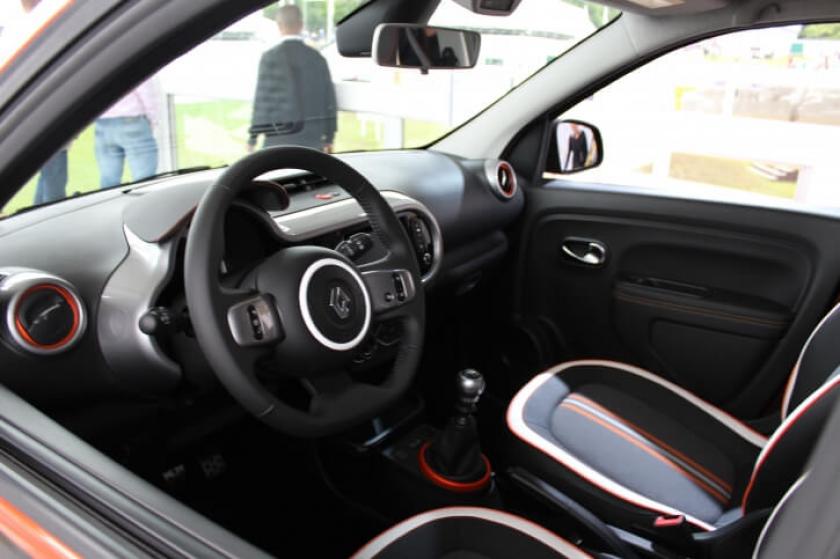 Other changes Renault has made include making use of development work achieved on the Megane RS with the accelerator pedal, which has been made more sensitive to provide lively acceleration and rapid throttle response. New shock absorbers are included, as well as a larger diameter roll bar to improve road handling. The calibration of the cars Electronic Stability Control has also been tweaked to provide more traction during sporty driving without compromising on safety.

No pricing has been announced yet, although the expected starting price is thought to be close to £15,000. Drivers interested in the Renault Twingo GT have a short wait as this city car won’t be available to order until the winter.

What do you think of Renault’s playful take on the city car?