Should Electric Vehicles Have Manufactured Noise?

Most drivers know that electric vehicles are the future, getting away from fossil fuel-burning petrol and diesel engines for more sustainable alternatives. But electric vehicles, or EVs, are not without their own problems, which are being ironed out as the vehicles evolve.

One such problem has been the quietness of the engines. For a pedestrian populace so used to the sounds emitted by petrol and diesel engines, the subdued sounds of the EV have been a big change - especially for the visually impaired community.

EVs are becoming more and more popular; a BBC report found that alternatively-fuelled vehicles made up 5.6% of the car market in May 2018, and this number had risen to 6.6% by May 2019. This means the problem is only going to become more of a concern. To countermand this, from July 2019, the EU has created an electric car noise law. All new electric vehicles (EVs), both hybrid and electric, have to feature a noise-emitting device under EU rules. From July 2021, this ruling will apply to existing vehicles too.

There was a fear that pedestrians couldn’t hear approaching vehicles, so all new types of four-wheel EVs must be fitted with an AVAS (acoustic vehicle alert system), a type of electric vehicle warning sound system, which makes a sound similar to a traditional engine. The AVAS must sound when the EV is reversing, or travelling at less than 18.6mph (30km/h). The minimum sound requirements for hybrid and electric vehicles are that a pedestrian should be able to hear the EV over background noises.

Take a Look at our Green Car Leasing Deals

Are electric cars too quiet?

What sound do electric cars make?

How loud is an electric car? Naturally, it’s very quiet. Electric cars are quieter than diesel and petrol, with their internal combustion engines. The only noises that electric vehicles tend to make is the noise caused by their tyres or generated by wind resistance, and that only happens at higher speeds. 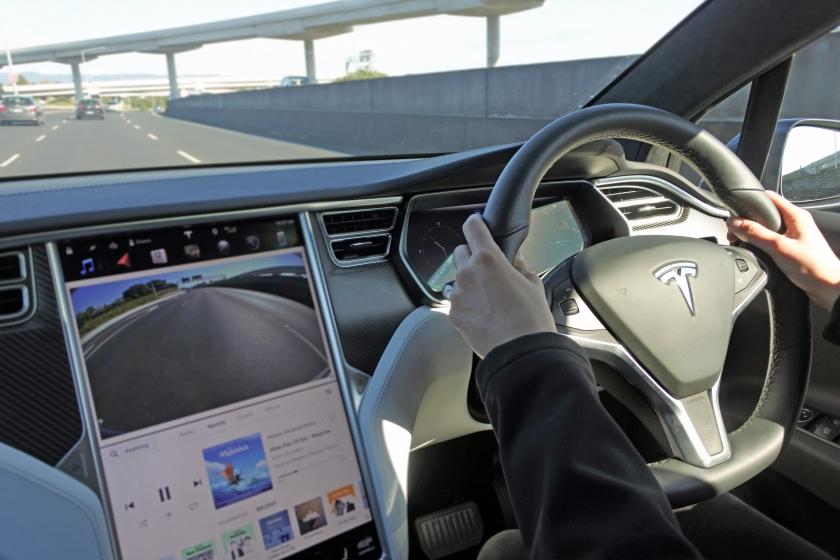 This meant that EVs were potentially more dangerous than existing petrol or diesel cars, with research suggesting that people were 40% more likely to be hit by an electric or hybrid car as opposed to a standard car.

The legislation now in place means that EV car’s AVAS should emit a sound at a minimum frequency of 56 Decibels - about the sound level of a conversation indoors, or an electric toothbrush. The sounds emitted must also be indicative of the car’s behaviour. That means, for example, that the pitch of the sound emitted should rise to illustrate that the car is accelerating.

Read more: The Future of Cars that Didn't Happen

Although some car manufacturers initially developed AVAS sounds which were more futuristic (Jaguar, for example, initially created an AVAS that sounded rather like a sci-fi spaceship - but unfortunately this made pedestrians look up, rather than at the road!), EU legislation now requires the sound to be continuous, and progressive. It must clearly be a car, which limits the amount of variation in sound that models emit.

Sound requirements, and also the responses of pedestrians, have led to most EV manufacturers creating sounds which sound mostly like an electric engine - but amplified. In the future, perhaps other sounds will begin to diversify the AVAS sound of EVs, potentially leading the customer to be able to identify the EV brand by its sound.

What cars have fake engine noise?

All (new) EVs have fake engine noise now, to adhere to EU regulations; but EVs are not the only cars which emit false engine sounds. Many drivers relate a roaring engine to soaring performance on the road, although today’s engines are so well built that this isn’t anymore the case.

Drivers, paradoxically, seem to want all the force and fuel-saving capacity of newer, better engines, but with the engine roar of a gas-guzzling old model. BMW uses their ‘Active Sound Design’ system, Volkswagen’s Golf R connects their Soundaktor system to a speaker in the cabin and Ford has an Active Noise Control system to magnify engine noise through the speakers in the F-150 pick-ups and the Mustang, as just three examples.

The trend, overall, is that engines are getting quieter, which looks to bring a new era of peace and quiet to our roads. Low-level sound will remain, for now, to keep us all safe on the roads. Happily, this suggests that we will enjoy more peace and quiet from road-noise, but pedestrians will also remain safe; a great balance designed to make the EV a future-focused vehicle choice.

Thinking [LD1] of making the switch? Find your perfect EV with our latest electric lease deals available online. Or if you have any questions about car leasing, call our friendly team on 01273 433 480 or request a callback and we’ll be happy to help.