As the brand's first all-electric family car, the Audi Q4 e-tron could well be the car that catapults you into a fully-electric future. This progressive SUV is already proving a popular and accessible alternative to more conventional petrol or diesel models while also maintaining the high-quality one has come to expect from this classy brand. Just how does this car step up in the world of all-electric? Let’s get under the hoods and get to grips with its features…

Known for class and beautifully crafted models, Audi keeps on with this theme as the Q4 e-tron makes its impactful debut. Slightly smaller than the mid-size e-tron SUV, the Q4 counterpart is more consistent with the compact Q5 crossover but certainly sits in its own league. It’s the next sensical step from the German-born brand as they celebrate the evolution of electric Audi cars.

Similar to the Volkswagen ID.4, the mid-level 40 model e-tron is made up of a single 201-hp electric motor and rear-wheel drive, taking you from 0-62mph in just 8.5 seconds. The entry-level 35 model features a 168bhp motor, while the 50 model can get to 62mph in 6.2sec courtesy of its twin motors and four-wheel drive. Pretty smart for an SUV. However, the BMW iX3 is also a very comprehensive and impressive SUV.

The Q4 e-tron’s standard suspension provides more direct contact with the road while the S line models offer a stiffer sports suspension, but both options make for a comfortable drive. It manages perfectly, whether meandering around town or ramping up speed on the motorway. Perhaps less supple than the top end petrol SUV cars, this is only due to the weight of the Q4 e-tron’s battery pack. It doesn't compromise on the ride.

Parking and making your way around town are made easy thanks to the Q4 e-tron’s tight turning circle. And for a bigger SUV, accurate steering and a strong grip make for a smooth ride, providing the Q4 e-tron with the confidence to take you on any journey, uninterrupted. 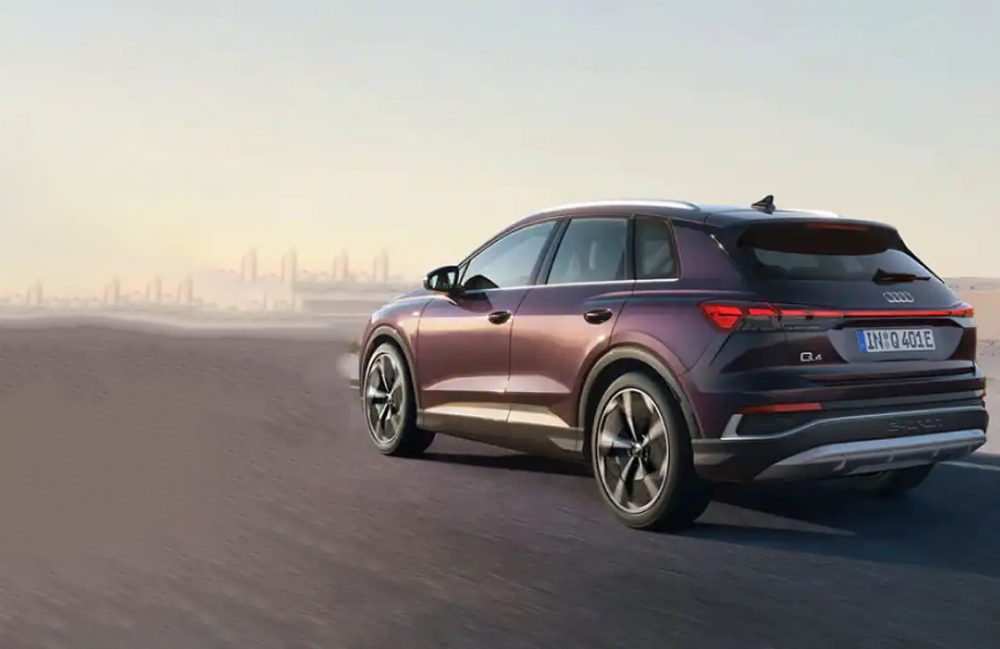 Audi knows what they’re doing when it comes to looking good and the Q4 e-tron is no exception. With the huge Audi grille sitting out front as standard, it’s a seriously sculpted model complete with shining alloy wheels and striking LED headlights. Audi also provides a Q4 e-tron Sportback option, which mirrors more of a coupe-style and offers an 18mm drop in height.

Step inside its classy interior and you’ll find typical Audi style. DAB radio, built-in navigation and Amazon Alexa are integrated into the system, so not only can you expect an aesthetically appealing drive, you can sync calendars, manage your shopping lists and keep on top of your Amazon smart devices at home. It’s a pretty swanky offering complete with clever voice commands, so you can focus on the drive ahead knowing you’re also on top of your daily schedule. Additionally, you will feel at ease in the harsher winter months. Read our list of the other most comfortable winter cars.

Different trim levels offer different versions but overall, the Q4 e-tron has some unique features. Four-spoke, squared-off steering wheel comes with modern touch-sensitive controls and physical buttons for the climate control system. The uncluttered interior is spacious with heated front seats and roomy rear seats for ultimate ride comfort. No detail is left untouched, as luxurious materials are stitched into every corner.

Black accents pepper the exterior, while leather-trimmed front seats and a 10.1inch infotainment touchscreen create a welcoming cabin. Sound isn't left out of the equation either in the form of a SONOS audio system. And the piece de resistance? Well, that lies in the super plush panoramic glass sunroof for an optimum driving experience. 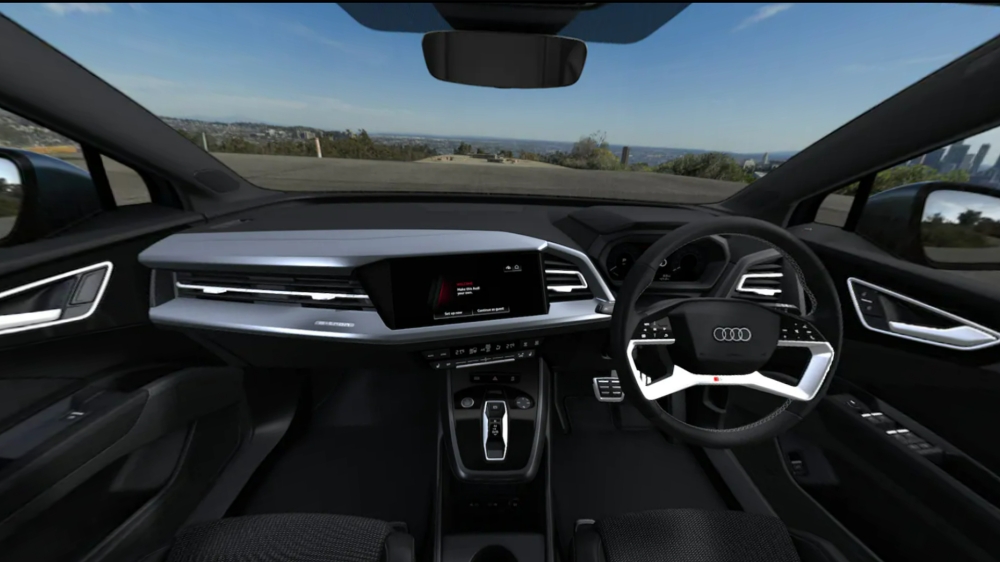 Different versions offer different ranges, and you can plan your drive accordingly. The biggest 77kWh battery provides a range of 317 miles in between charges, while the smaller 52kWh battery is also available, giving a 211-mile range. 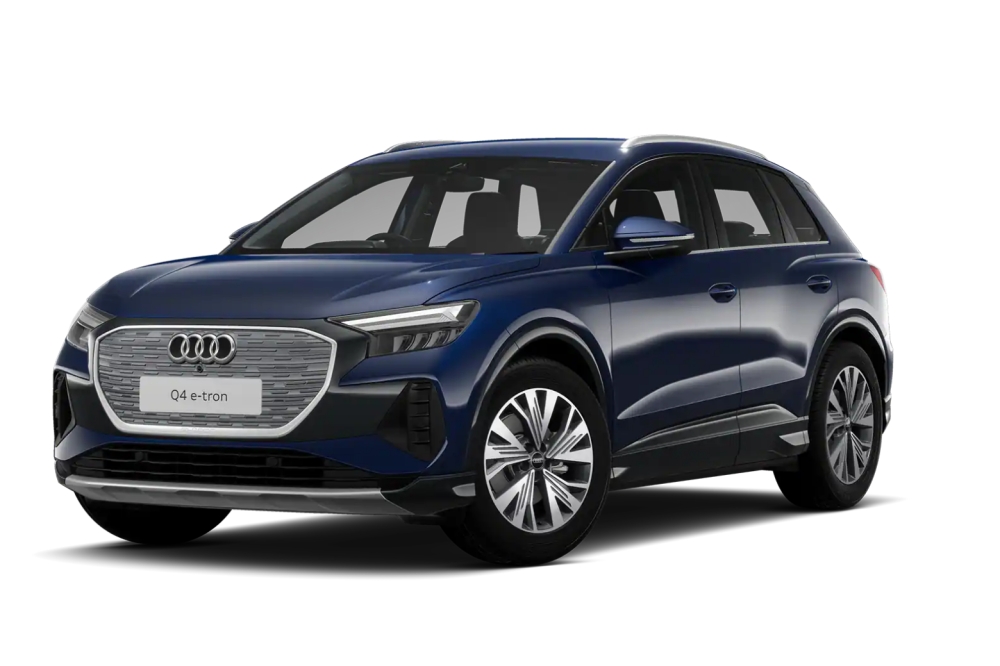 Branching out into the all-electric market, and as a progressive family car, the Audi Q4 e-tron is a comfortable but luxurious SUV. It’s ideal for those seeking a bolder look without compromising on an undemanding drive. Like our review? Check out Rivervales' take on the new Genesis G70 Shooting Break!

Get in touch with Rivervale today for the best car leasing deals and see what the Q4 e-tron can do for you. Give us a call on 01273433480 to discuss car leasing, and see if we can match you with your ideal model. Alternatively, you can request a callback for a time that is convenient for you!