The most technically advanced electric car has been revealed at the Consumer Electric Show in Las Vegas. The BYTON will be the first smart intuitive vehicle driving onto Europe's roads in 2020.

BYTON has been created by innovation driven start-up company Future Mobility Corporation Ltd (FMC). The core management team is comprised of industry leading experts who have previously held senior management positions at companies such as BMW, Tesla, Google, and Apple.

FMC's goal with BYTON is to combine the world of technology with the world of automobiles. This desire is reflected in the name of the vehicle, BYTON is formed from 'bytes on wheels'. The logo for the BYTON is based on a letter B, there are two identical shapes, one represents the automobile and the other the digital world. The identical nature of each component is to reflect the equal importance of each for FMC.

FMC believe what drivers want from their vehicle is changing and that the BYTON will become the next generation smart device.

"A tipping point is coming in the automotive industry.  We believe performance will become connectivity and better driving will become better living.  BYTON will provide enjoyable time for people on the move." - Dr Daniel Kirchert

What type of car will BYTON be?

BYTON will be an SUV, on the outside it has strong masculine proportions we would expect from this vehicle type and will have a length of 4.85 metres. The futuristic design includes a closed front end fascia, a sloping roofline and the disappearing door handles we have already seen on luxury models. However, the BYTON goes further as FMC aim to replace traditional car features with new innovative ones. On the concept model, wing mirrors are replaced by side view cameras and entry relies upon facial recognition.

BYTON will be a pure electric vehicle. At launch there will be two versions available, one with a 220 mile range and the other with a 310 mile range. The comparison with Tesla is going to be unavoidable for FMC, both are a technology start up, and both came onto the market with a premium model. Considering this, the ranges offered by the BYTON might be seen as small numbers when Tesla has already broken the 400 mile range seen as the benchmark when comparing to a traditional combustion engine.

In terms of autonomous driving, the BYTON will be capable of carrying out journeys with no driver interaction eventually. Each model will have upgradable hardware and software which will lead to the highest level of autonomous driving. Initially the BYTON will be equipped with level III automation which means the driver can cease control in some cases, such as cruise control on a motorway, but must always be ready to take back control. The upgrading of cars in this way can be seen in Tesla models too. That said, there are many features inside the BYTON that may help attract a few electric vehicle customers, who want to drive a vehicle with cutting edge technology, away from Tesla.

Inside BYTON is where the comparison to other electric vehicles on the market ends and the digital capability stands the BYTON apart from anything else currently on the roads. FMC has aimed to create a luxury lounge experience within the cabin. Due to the electric drivetrain the floor of the cabin space is flat, allowing for seats that can be rotated allowing passengers to interact as naturally as they would at home.

Find an Electric Vehicle to Suit Your Budget

In place of a traditional dashboard the BYTON has a 49" Shared Experience Display which can be used by anyone in the car and provides a central focus for everyone in the car as there would be in a lounge. The BYTON Life open software platform can be accessed from the Shared Experience Display. This platform provides navigation services, allows the driver or passengers to select and listen to music, make phone calls and can assist with parking. It provides a link between those inside the car and their smart devices. Part of this system includes the Cloud. 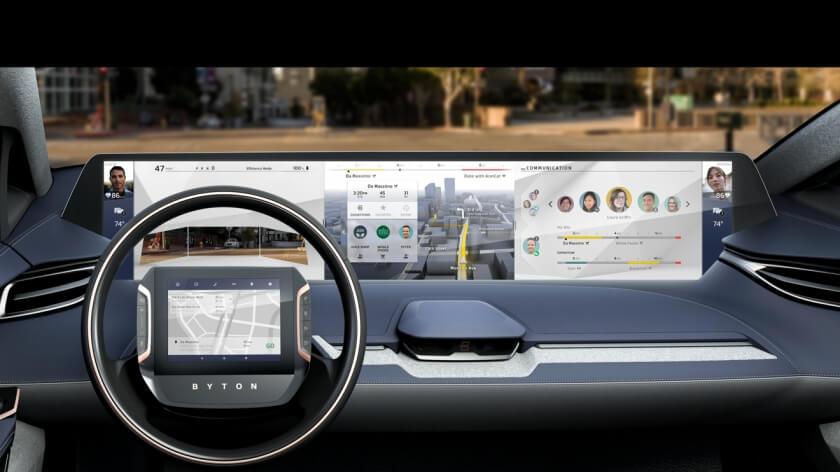 The Cloud uses biometric recognition to determine who is driving the car and retrieve all their customised settings. Artificial intelligence and advance machine learning will be used so the car increasingly gets to know the driver a little bit more with every interaction. Tailoring the car to individual preferences automatically in this way means the BYTON is prepared for car sharing, which is becoming increasingly popular leading many experts to believe car ownership will eventually become a thing of the past. 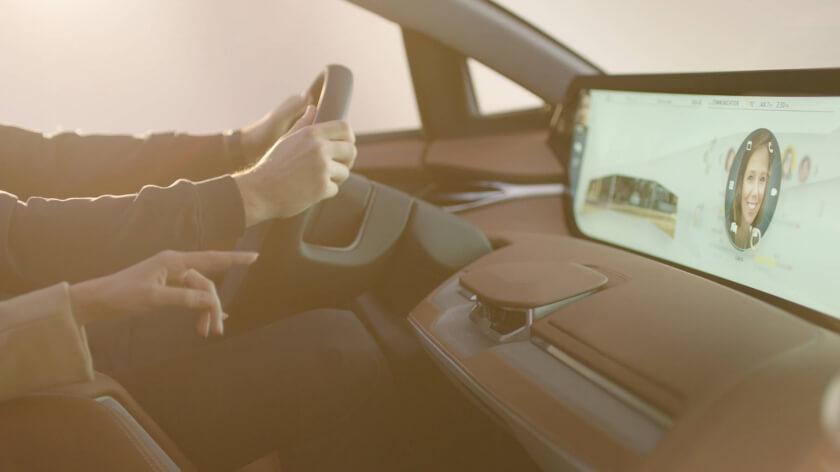 To activate controls on the Shared Experience Display gesture control, air touch and voice activation is used courtesy of Amazon's Alexa, the driver has a touch steering wheel, a touch screen control in the centre of the wheel, so they can easily control the display while still safely driving.

Production of the BYTON will take place in Nanjing, China, and will begin in 2019. The first models will be sold in China then deliveries to Europe are expected during 2020. The starting price will be in the region of £34,000. Further models are expected to follow in rapid succession. A saloon is expected in 2021 and an MPV in 2022.

What do you think of the BYTON? Should Tesla be worried?