The New Mercedes-Benz C63 Versus the Previous Model C63

It sounds a bit like the end of an era for the fantastic V8 C63s, with the advent of hybrids on the horizon and upcoming bans on the production of petrol and diesel engines from 2030. That means that the latest V8 C63 courtesy of Mercedes-Benz may be our final one!

The main differences: headline updates from the 2012 to 2015 model

The newer model is all in the refinement. You’ll see a subtle but significant overhaul of the interior, making for a slight improvement in the overall finish, feel, and quality. You might not have considered the 2012 model dated, but it does feel ever so slightly so, in comparison to the newer model. 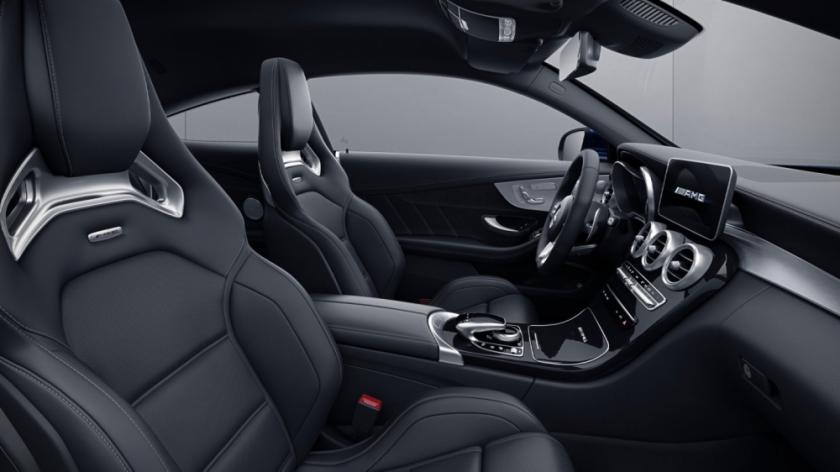 The steering wheel is now wider and feels more modern too. There is less plastic throughout the interior, and a better general ‘feel’ throughout the cabin. The touchscreen is also bigger. Where the panoramic sunroof and heated, memory-foam seats were included as standard in the 2012 model, they are now add-ons from the “premium” pack in the 2015 model.

Visually, the 2015 has a wider nose, and has maintained the four exhaust tips from the 2012 C63 - but now these are fake. Where the old 6.2 litre delivered a full-throttle, aggressive, savage rumble of a roar, the new 4-litre engine offers a manufactured version of this. It’s considered manufacture, though.

Unlike some manufactured roars, it doesn’t provide you with the same, predictable score of pops, grunts and growls in every scenario. It feels much more natural, with pleasing pops and rumbles giving you a real-feeling, full-throttle soundtrack to your drive. The 6.2 obviously has no turbo lag either, giving you immense (and more importantly, immediate) power at the touch of a pedal. This is a real 6.2litre, V8 AMG engine - some would argue, driving at its finest.

The Drive & The Engine

The Mercedes AMG V8 C63 is an exciting drive in both iterations, no question. Where you might expect the sort of firm suspension most comfortable for taking bends on a race track, both of these drive with exhilarating firmness but without the rigidity you might find in a model like the BMW M3, making them more road-friendly.

Back to that roar. The previous C63 sounded like a pent up lion, so eager to perform, due to its naturally aspirated, 6.2-litre V8 engine. It plastered a real smile on your face as you sat behind the wheel. But a reasonable part of that smirk is probably due to the sophisticated, sleek but in no way wild exterior. It exuded business sleekness until you stepped on the accelerator and every onlooker did a double-take. 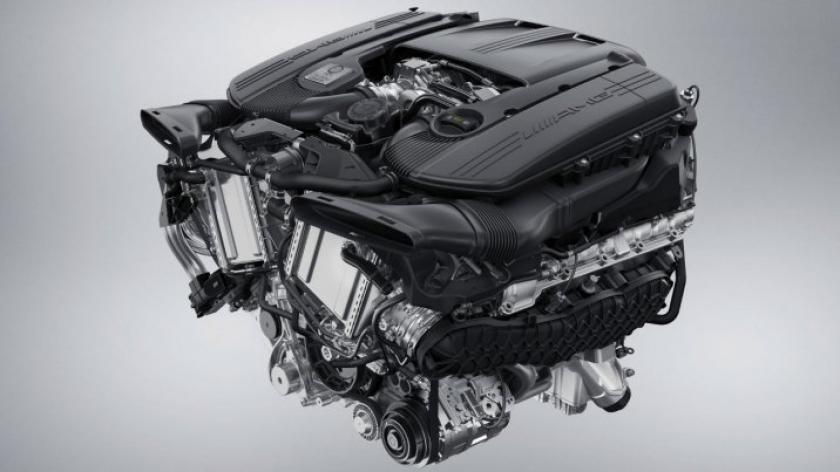 In 2015, turbo-charged replacement, there is only change, not a loss. That power-pack is more refined; instead of all guns blazing, AMG has focused and delivered a model characterised by lean efficiency - quicker, grippier, more to the point. It achieves 0-62mph in four seconds. The engine barely even feels turbocharged, jumping to attention immediately and effectively - it basically has been built to feel like a car with a much bigger (non-turbo) engine.

Considering the inner workings is where you can really see the changes between these two C63 models. The updated 2015 edition offers a front suspension consisting of four links and a wider track than before. Likewise, the rear end is a slightly fatter-tracked traditional multi-link, with independent mounts.

Tied together by the company’s electronic ride control system, AMG offers three options: comfort, sport, and sport+. The different levels of firmness evidently deliver different qualities and capacities of drive, and all are accessed through buttons surrounding the touchpad controller. In S, a further ‘Race’ designation allows the driver more input (play with engine response, damping, exhaust and gearbox with more freedom), letting you optimise the drive your way.

The ride is firm here, even in Comfort mode, and it really can corner. Like the AMG GT, it doesn’t lean in corners, which it darts around, due to its active engine mounts that reduce vibration by slackening and increase and improve driver response by tightening. The staging is well-judged though, allowing you to enjoy even Sport+ mode without being on the track.

The new engine in the 2015 model is advertised, impressively, as a third more efficient than the previous model’s 6.2-litre offering. This allows it to deliver 35mpg if driven carefully. When the car offers more than 500bhp, that’s pretty unheard of.

The popular C63 might be on its way out, but it’s going all guns blazing. Whether you pay more for the turbo-charged younger sibling, with its increased refinement, lean power and turbo-charged engine, is as much a matter of driver character and personality than any clear pros and cons to these models. Both have their fans and for very good reason. As mentioned, the 2015 might be the last model, though - and it’s worth considering that this factor alone may well improve its value over time.

Interested in this car or want to enquire about any others? Give our expert team a call on 01273 433480 or request a callback at a time that suits you.

The Best Japanese Cars of the Last Decade