How is Female Representation Changing in the Fleet Industry?

Fleet management has a reputation as a male-dominated profession, but fleet companies and the industry as a whole have pushed for women to be better represented. Rebecca Chaplin of Business Car, speaks to an experienced female fleet manager Jaymie Stanbrook of Rivervale, who describes how she has seen the industry develop.

Although the fleet industry itself has taken strides to adapt in a more technology-focused world, and the role of the fleet manager has evolved with it, there are still far fewer women employed in the industry than there are men.

When the Equality Act came into force in April 2017, and companies larger than 250 employees had to report on the gender pay gap between men and women in their organisation, it highlighted a divide in fleet and leasing in terms of pay and bonuses. However, details in the reports also reveal the gender split in these businesses and the slow growth. 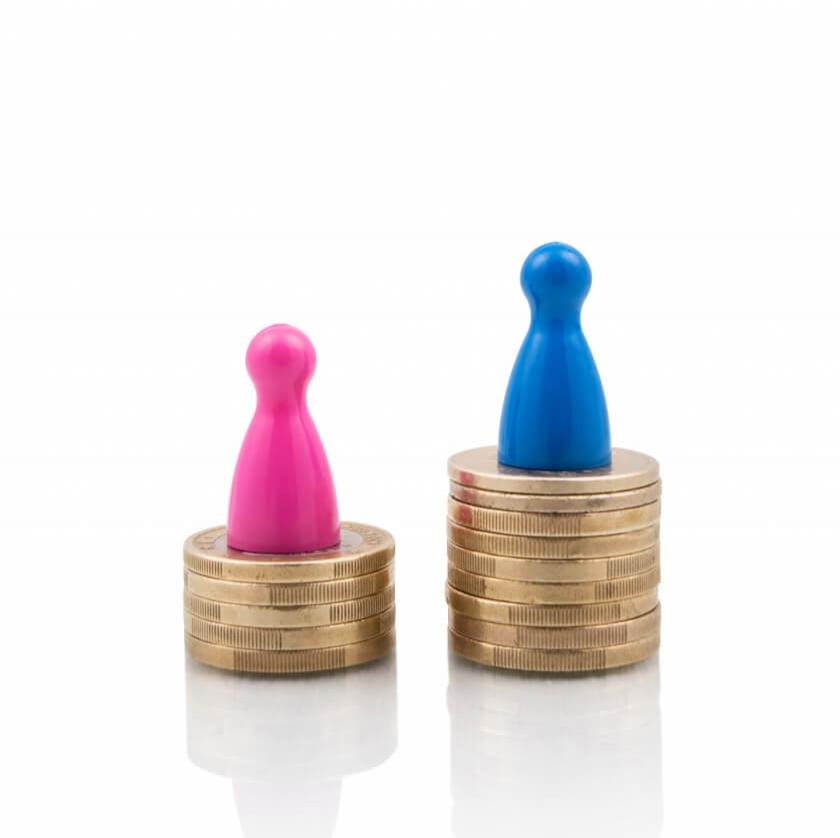 It is a challenge the automotive industry on the whole faces, with figures in 2018 showing that the UK had one of the poorest ratios of women to men in motor manufacturing within the EU, with only 15.8% employed in automotive compared with just under a quarter (24.2%) across the rest of the EU. Meanwhile, in retail and wholesale, the UK's share of female employees was quoted as 17.6%, only bested by Germany with 20.1%. An improvement, but still a slow rate of growth.

Finding women who work in the industry isn't difficult, though, and many senior roles in fleet are held by women. However, speaking on the subject still appears to be tricky for those in the sector, and although some companies are placing it high on their agenda, as a whole the sector seems cagey, to say the least. Maybe the gender issue is becoming a tired one, or one that people aren't sure how to talk about, but to be told talking to me would be against company policy seemed curious.

Fleet manager Jaymie Stanbrook has worked in fleet sales for 19 years and although her own experiences working in the industry have been positive, she tells me that she hasn't seen a massive shift in the number of female employees.

"I think fleet management is still recognised as a male role," she explained. "There are a lot of women working in fleet and it has definitely changed during my career, but when I actually think about it, there is still a stark difference between the number of men and women working in the role. The majority are male."

Although female employees in fleet might appear to be in the minority, it is a fair observation that they are well-respected in their sector, with many senior roles at major companies and associations held by women. The Association of Car Fleet Operators (Acfo) is a great example of this, with four prominent women in the fleet industry on its board - an equal number to their male counterparts. This includes Caroline Sandall, who was appointed chairman earlier in the year, while also working as a specialist consultant for LeasePlan. 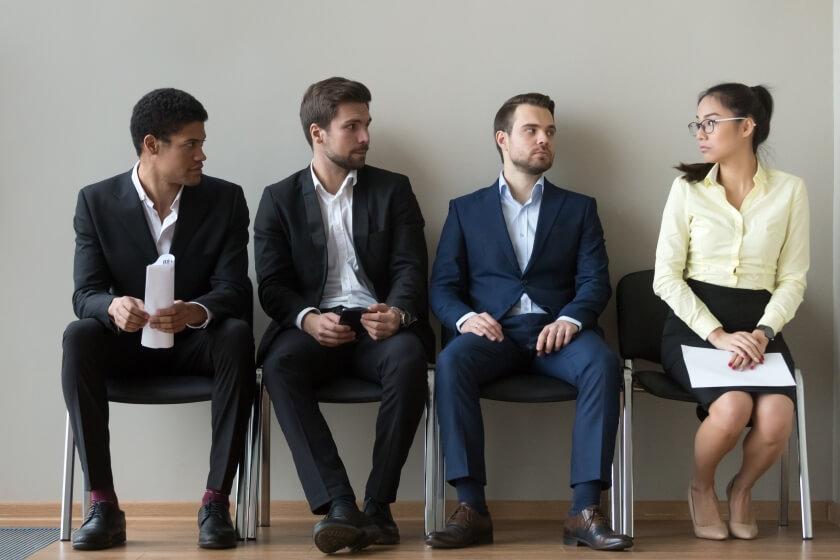 Julie Jenner, a former Acfo chairman, holds an influential role as international business manager at Arval, while board member at the Institute of Car Fleet Management (ICMF) Marie Jarrold also holds the position of car fleet controller at BCA.

Speaking with Stanbrook, she explains how changing technology has been a key part of her career and her decision to work with her latest employer, Rivervale Cars Group, a Brighton-based one-stop-shop for personal and business leasers. Her role there is looking after the large fleet customers, those with more than 50 cars.

"My history has been very much fleet management," she says. "I have only been with Rivervale for about three to four months, but made the choice to move from my previous position of 15 years because the company is evolving with all of the changes in fleet."

However, while her employers have moved forward, she feels industry gender divides have moved at a slower pace. As she considers the gender divide in her own office, she explains: "It predominantly has been a male environment, to be honest, and still is to a certain extent. It has improved somewhat, but if I think about the sales team where I have just started working, there is only really one female salesperson in an environment of about 12 men.

"It is definitely improving but very slowly -nowhere near as fast as it should be,"

"Men seem to dominate the sales environment, while there are more women in the aftersales and service side."

Although that might sound a bit negative, fleet management is a role that Stanbrook has found extremely rewarding during her career of almost two decades and she doesn't believe the industry is pushing women out.

"We need women to be applying for fleet roles in the first place," she states. "I don't think the industry is dismissing women, I think females aren't seeing the industry as somewhere for them."

The figures seem to agree with that sentiment - but the number of women in the fleet industry is on the rise. The release of gender pay gap reports gives a hint as to the changing attitude of the industry, with pay equality improving since 2017 and an increase in female employees too.

However, the numbers at some big fleet businesses in the industry suggest they are still finding it difficult to recruit more women to their teams, with reports from SMH Fleet Solutions showing that currently, only 33% of its workforce are women, with 35% in first line, middle and senior management. The number is on the rise but still demonstrates a stark contrast. It is a similar story at Paragon Fleet Solutions, where women occupy around one third of roles.

The reports have also shown that businesses that make employing more women a key target have seen numbers rise faster. Fleet provider Zenith achieved its goal of an equal recruitment gender split in 2018.

"We will continue to build on this by focusing on initiatives specifically targeted at closing our gender pay gap and overall diversity in our business," explained Marisa Waddington, Zenith HR director, in the firm's report.

It is a similar message from SMH, which has put increasing the number of women it employs high on the recruitment agenda, with a 'commitment to make our recruitment advertising attractive to women' and featuring on its recruitment website, 'female employees who drive car transporters, manage workshops and logistics operations, or sit at Board level'.

Stanbrook's own recruitment story was more simple - in her own words, 'far more luck than choice'.

While Stanbrook was waiting to train for the police, she took on a temporary role in fleet sales and found she was rather good at it, making more money than she could expect to from working in the force.

It was a great decision for her to choose a career in the fleet industry.

"My role as fleet manager is any larger fleet, anything of 50 vehicles or more, really," she says. "I have always held these sorts of roles because my background is fleet management. If I am doing my job right, it is managing people's duty of care as efficiently as possible. It is making it simple and easy for them. Not overcomplicating things.

"Gone are the days where things can be done on an excel spreadsheet or calls can be done over the phone. It all needs to be done online with the information readily available."

That is the next shift that Stanbrook sees, and one that she also believes is a generational problem for the industry.

"Younger people coming into the role recognise that this is a technology-based position and one that requires the necessary skills," she says. "That is from a driver's perspective and a fleet managers perspective."

Rivervale Chief Operating Officer Vince Pemberton had this to say: 'as a modern-day business it is only right to promote fair and equal treatment for employees. The motor trade has been seen to be a male-dominated industry for far too long and our recruitment strategy is to make sure that we give both male and female applicants an equal opportunity to fulfil their potential within our business. We do this by offering training, guidance and development to all members of staff fairly and equally, irrespective of their time within the business or status'.

The transformation might be slow, but it is clear the industry wants to change, and women such as Jaymie Stanbrook, who is committed to progressing in her career, plus those women visible at board level and the businesses making a commitment to women are all making this happen - slowly but surely.

If you have any questions about how we can help you with any of your fleet or fleet management needs give us a call on 01273 433 480 or request a callback. To find out more information, visit our Fleet Management page.