Gone are the days when van models offered up only utilitarian, uncomfortable, and basic models. The 2022 roster of new launches showcases plenty of different launches, showcasing all the various priorities of a van driver today - be that ride comfort, payload, size, climate consciousness, driveability, safety, or added tech. We’ve listed a few of the many vans due to come to market during 2022 below, to whet your appetite…

Mentioned below in its ICE versions, the e-Citan will be a fully electric version of the Citan - Mercedes-Benz’s upgraded, upmarket version of the Kangoo. The e-Citan arrives to market a little behind its ICE counterparts, due to launch in the second half of 2022. 75kW of power comes from the front-mounted electric motor, offering up a maximum torque of 245 Nm.

The crash-protected lithium-ion battery, installed under the front of the rear axle, offers the same usable energy content as Renault’s Kangoo, at 44kWh, and an 80% recharge is expected to take around 40 minutes, on a commercial rapid charger. In terms of range, the e-Citan is expected to deliver around 285 kilometres from a full battery - that’s around 20km more than the Kangoo offers.

As well as coming with ICE (Internal Combustion Engine), Renault’s all-new Kangoo offers a pure electric E-Tech mode. This 100% electric version of the prize-winning Kangoo (the model won the International Van of the Year 2022 awards) offers up zero tailpipe emissions when in use. The Z.E. electric model allows van drivers to tackle the challenges of urban driving and delivery, whilst also being compatible with current and upcoming environmental challenges to driving. 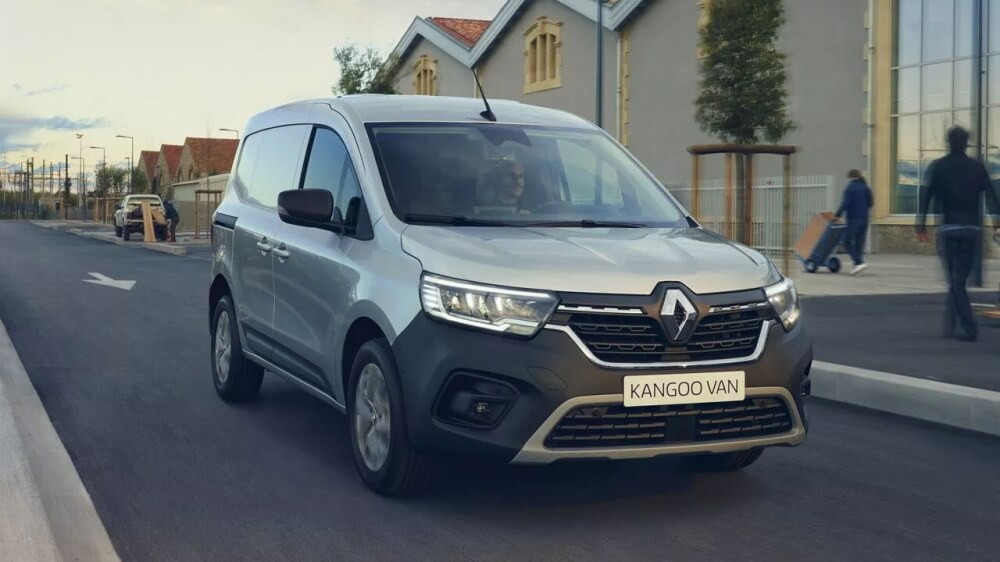 An exciting addition to the electric van market expected for 2022 is Ford’s E-Transit. Mooted as the most powerful van of any kind available in the UK, the competitively priced van is expected to tackle lots of the problems the electric van market faces. For example, it hopes to offer a range of 196 miles per charge, a significant range for such a large van. The payload is set to offer a whopping 1758kg, and the maximum power offering comes in at an impressive 269bhp. The second, slightly less powerful option will still deliver 183bhp. Learn more about Ford's First Electric Van. 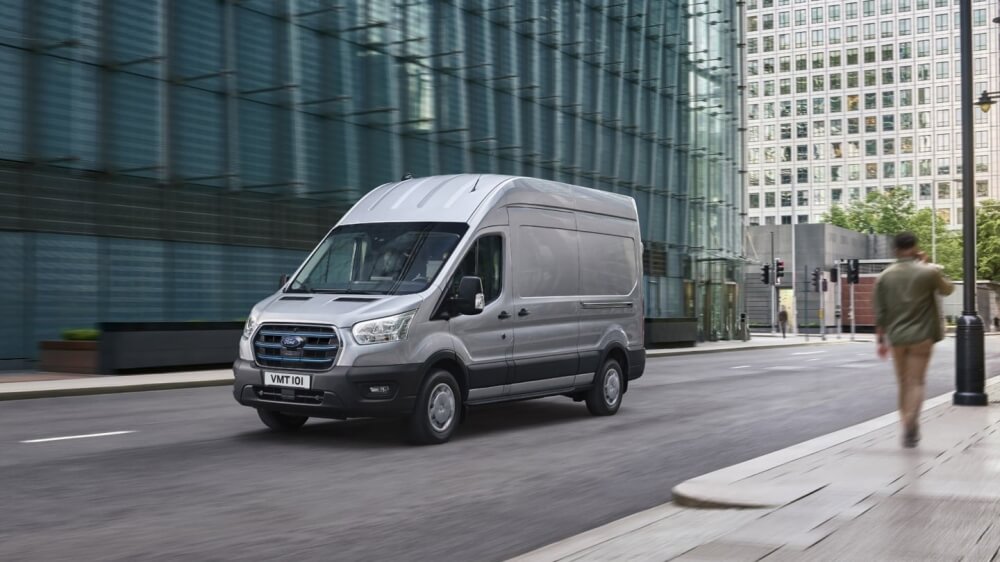 Expected to come to market in late 2022, the long-awaited ID Buzz from Volkswagen has been spotted in testing. The simple design has been partially revealed, and it’s been speculated that interior light tech from ID3 will be provided. Batteries are likely to range from 48kWh to 111kWh and offer up to a staggering 342 miles of range per charge. A self-driving prototype has also been spotted, keeping VW enthusiasts excited about the prospects of the new electric launch. Now is the ideal time for your business to consider ‘going green’ by utilising Electric Vans!

This popular van is getting an update for 2022, with a roster of new equipment. A change of trim structure, as well as an engine update, complete the changes to the brand’s largest panel van offering.

The Relay has eliminated the “Worker” trim level - so you can now choose between the “X” at entry-level, the mid-range “Enterprise” and the top range “Driver”. The “X” level model now gains cruise control and a speed limiter, all models gain a 12V loading bay socket, and both the “Enterprise” and the “Driver” trim levels benefit from a tablet holder in the dash and a useful USB charging socket.

The engine update entails tweaks that enable Citroen to make the model’s diesel engine Euro 6.3 compliant. The Relay is now offered in two different states - both with a six-speed manual transmission - the 118bhp (310 Nm torque) option, or the 138bhp (340 Nm of torque). In other ways, the four-cylinder turbocharged 2.2-litre diesel engine is similar to that in the old Relay.

In terms of usability, this remains a great van. The loading capacity hasn’t changed, offering a maximum payload of 1,870kg. “Enterprise” models gain from tech updates and safety features, such as a rear parking assist, added lumbar support and height adjustability for the driver’s seat, a five-inch infotainment system (with Sat-Nav), a rear traffic alert system, and a blind spot monitoring system. 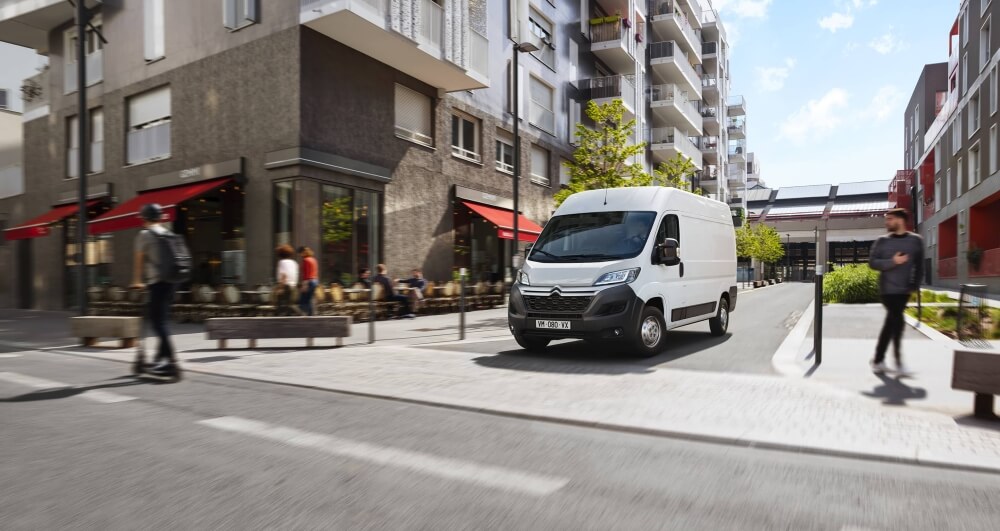 Mentioned above in its electric form, the Z.E., the all-new Kangoo for 2022 has been awarded the WhatVan? Compact Van of the Year 2022 award. Big changes have been introduced since the previous Kangoo model. The new Kangoo offers more loadspace and a more sophisticated (and bigger) cabin that mimics a car rather than the usual utilitarian interior of a van, as well as a redesigned front end. The 2022 model will also be available in two lengths, offering a volume of 3.3m3 - 3.9m3 in the standard iteration and 4.2m3 - 4.9m3 in the longer model. It is available with three diesel and one petrol engine, as well as the fully electric Z.E. version.

Somewhat similar to the Renault Kangoo, the Mercedes-Benz Citan (which was due to be unveiled at the end of 2020) is the second generation of the model, and its inherent similarities to the Kangoo will not be immediately obvious. The quality feels great throughout, and the Citan is an easy-to-drive, comfortable van. It is a slightly smaller van, and Mercedes have had much more of a hand in its design this time. The dash is completely changed, and the Citan offers Mercedes’ MBUX infotainment system too.

In conclusion, there is plenty to look out for in the van market in terms of new launches for 2022 - from the smallest vans to large panel size models. We also expect to see a new iteration of the Vauxhall Movano in 2022, inspired by the Citroen Relay and the Peugeot Boxer. This is likely to underpin a new model Ducato model from Fiat, too, as these brands all now make up the umbrella brand Stellantis. We’ll also be keeping our eyes peeled for a new version of the Renault Master, which itself will likely serve as a foundation for a new Nissan NV400. Need extra help choosing the right Van for you? Check out the options you can choose from.

Inspired by our list? Get in touch with Rivervale today to see if we can find a Van that is the right fit for you. Call us on 01273433480 or request a callback for a time convenient for you!

What is a MiDAS? – Minibus Driver Awareness Scheme Explained