Arriving in Europe for Spring 2022, Ford has announced their first-ever electric transit vehicle. The E-transit isn’t any old vehicle, it’s an electric version of the Ford Transit large van. It’s going to be available in 25 different sizes, weights, and body variants, and best of all, it can reach an estimated WLTP range of up to 196 miles. This kind of quality vehicle production and innovation is just one of many reasons for the Success of the Ford Transit.

The Ford’s range is a feature every long-distance or need-for-speed driver is looking for. This WLTP range is all down to a battery mounted under the floor, with a capacity of 67kWh.

The E-transit is based on the Ford Transit large van in terms of design, however, what’s different is the way it’s powered. The van has been fitted with a 67kWh battery under the floor, and the car has the choice of two different motor power outputs, either 181bhp or 266bhp, that send the force of the power to the rear wheels. 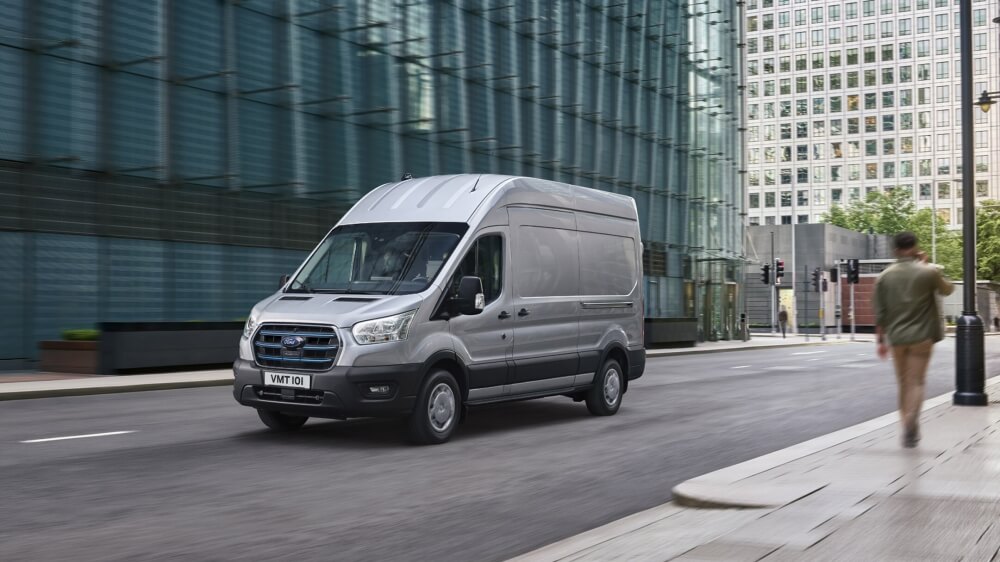 The Electric van varies in body styles 25 in total, including the roof heights, panel van lengths, and as a multi-seat Double Cab in-Van. Considering the location of the battery, under the chassis, the panel van versions offer the same cargo volumes as the diesel version.

This E-transit is the first step in making your drive eco-friendly, smooth, and low maintenance, the way every good vehicle should be.

As mentioned above with its motor power outputs, the E-Transit is a key model for effortless performance and claimed to be the most powerful electric van on the market in the UK. The electric motor powers the rear wheels, whilst the 430 Nm of Torque means the van has the power to deal with large payloads.

The E-Transit has an enviable charging system, with both AC and DC fast charging. The AC is an 11.3kW onboard charger allowing a show charge in over eight hours. However, what’s notable is the DC, allowing a fast charge of a 15% to 80% charge in around 34 minutes given the capacity of its 115kW charger. Charging is easy too - E-Transit owners are given access to the FordPass charging network and there are over 160,000 chargers globally.

The fast-powered motor and fast charging system make the performance one of the top features of the E-Transit.

In terms of design, the E-transit is virtually the same as the existing diesel models, apart from the new grille design with blue horizontal bars. Central to the grille, there is also a charging point below the badge.

The van’s interior has been amended to match the rest of the transit range, in celebration with the launch of the E-Transit. The revolutionary interior is designed to make driving around more accessible. The E-Transit has introduced the Sync4 infotainment, with a 12-inch touchscreen that’s fitted inside the electric van. The touchscreen offers enhanced voice control, sat-nav live traffic information and over-the-air updates. 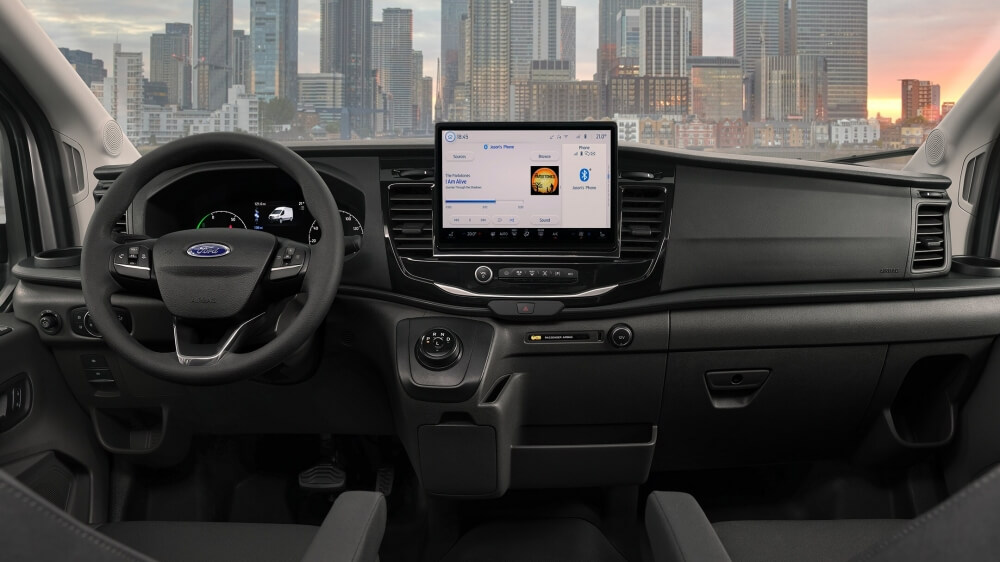 That’s not all, the E-Transit has been designed with safety as a priority for a smoother ride. It offers a 360-degree camera, new Reverse Brake Assist system and not forgetting the car-like fit with traffic-sign recognition, blind-spot detection, adaptive cruise control, intelligent speed assist and lane assist features.

The E-Transit’s easy navigational tools and overall interior look adds to the usability of the van.

Combining the powerful motor and useful charging system, the drive on the E-Transit is one of ease and speed - with the aim of creating a drive that would unexpectedly be required to carry out a longer journey, and to cover range variations caused by different weather.

With an estimated 196 mile range after one single charge, adventure, commuting and the what ifs have all been taken into consideration for a long-stretch drive. And, the powerful motor helps the van deliver an out of this world driving range for an experience like no other.

The E-Transit offers one of three driving modes including the Eco Mode setting. This setting brings an 8-10% improvement in energy usage by limiting top speed and acceleration.

Ford’s new electric van, the E-Transit has been launched as a more eco-friendly, revolutionary and speedy vehicle, designed to exert longer distances in one charge. It’s a van that can potentially change the way we travel, and make our commute fun, as well as eco-friendly! As we move forward towards the eventual ban of diesel/petrol cars in the upcoming years we will start to see more and more electric commercial vehicles as businesses move towards a greener future. Read more about it in our blog of Electric Commercial Vehicles Out Now and Coming. 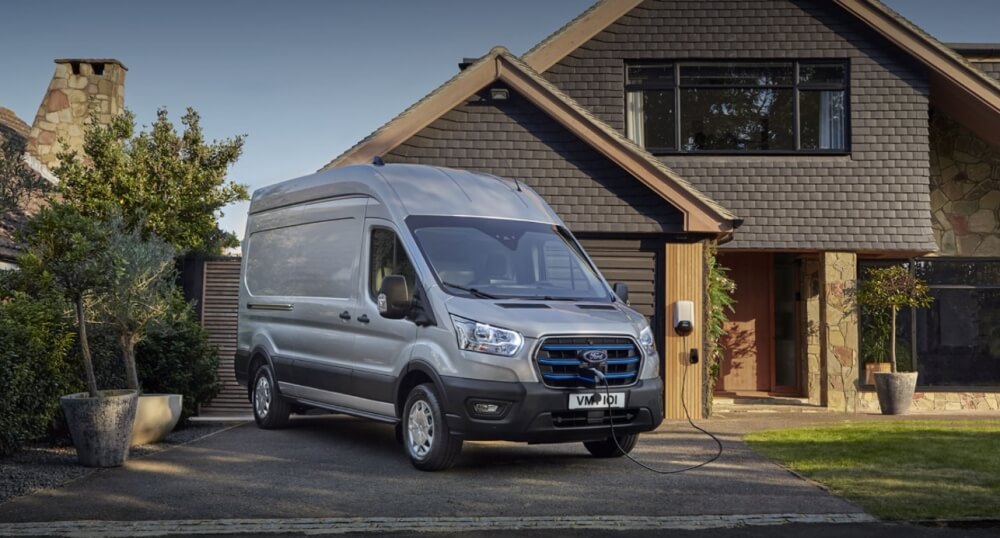 The powerful motor, driving range, the new technology inside the vehicle and effective charging system are the features that have been added to make the E-Transit a more attractive and high-tech option to the similar diesel version of this van.

All-in-All, Ford’s new release is changing the way we think about van driving, offering the E-Transit as an effective and impressive vehicle, ready for the open road.

If you’re looking to lease the E-Transit, or for more information about electric vehicles get in touch with our team today on 01273 433480 or request a callback.

What vans have you driven?

What is a MiDAS? – Minibus Driver Awareness Scheme Explained