Who are the Best Drivers - Men or Women?

It’s a debate that will probably run until the end of time. It is the most divisive issue here at Rivervale Car Leasing, it causes many a raised voice and plenty of sarcastic comments. But it ends now, I’m sorry all the men of the world it has been proved, yet again, by even more research, that women are better drivers … It’s a fact, discussion over!

The new research that supports information that all women everywhere have known all along comes courtesy of Admiral Insurance. Admiral has used data from their ‘little box’ telematics which has revealed not only which gender has the best driving skills, but a wealth of other information about the safest drivers car of choice, where they live and their age.

The data from Admiral was collected over several months and took account of several aspects of driving such as; speeding, excessive braking, distance travelled and time of travel. This data then produced a driving score out of 100. The higher the score produced - the better the driver. The average score for all the data from male drivers totalled 53 and for female drivers this figure was a victorious 58!

There is one little point that men will probably use to discredit these results so I will get this out of the way first. Men travel more miles per year on average than women. Men travel 7004 miles per year compared to women’s 6440. Clearly this is not a massive difference, though some have argued data shows men are spending more time driving, often driving at riskier times and through bad weather conditions. The Rivervale girls argument to this is that we are far too sensible to get in the car when conditions are bad and plan our journeys to avoid rush hour traffic … who wants to sit around in a queue of cars all day!!!!!

Car Make -The safest drivers around are choosing to drive a Chevrolet, Skoda or Volvo. The worst drivers on the road can be found behind the wheel of an Audi, Smart car or Daewoo.

Colour - The safest drivers are found in red cars, followed closely by those in green 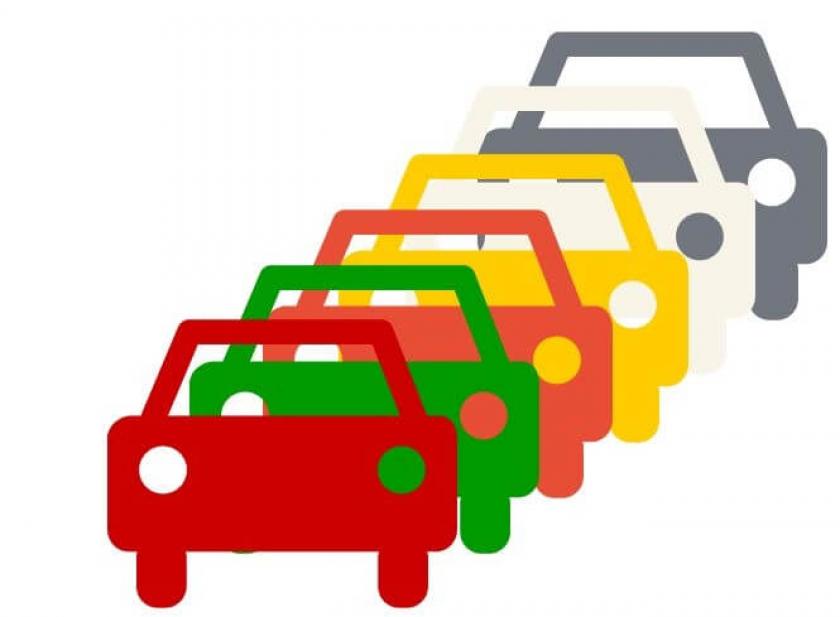 then orange cars. The worst drivers will be found in a yellow car, followed by those in a white car or silver car.

Occupation- The best of all drivers are those who are retired already! It may have some connection to fewer time pressures and a generally more relaxed attitude, but reasons weren't provided by the study! Also at the top of the safest drivers leader board are Lecturers and Project Managers. If you work as a Warehouse employee you are at the top of the worst driver list along with Company Directors and Call Centre Handlers.

Fuel Type – Those of you who drive a petrol car are more likely to be a better driver; diesel drivers come next then last of all are those driving a Hybrid.

Age – With age comes great wisdom and experience in the driving world with those aged 56-60 being crowned the best drivers. The recklessness of youth means those aged 21-25 are the worst drivers on the road.

Geographical Location – Those in East Anglia have the best driving and those in Scotland the worst. At a city level Liverpool came out on top with Birmingham and Leeds producing the worst drivers.

Most likely to speed – Men … obviously!

However, even though the facts are before us women showing us we are superior on the road, only 28% of us believe we are better drivers than men. What’s worse than this is that only 13% of men can accept the truth and report to believing women are better behind the wheel!

Let us know what you think, should it be a Queen or King of the road?