The all-new 330e was recently unveiled at the 2019 Geneva Motor Show and is due to go on sale this summer, so has BMW managed to make the second version of the 330e even better?

Interior and exterior styling features of the BMW 330e

Styling-wise, the 330e follows an almost identical design to the internal-combustion engine 3 series. In fact, it’s very difficult to tell the two models apart. At the front, the 330e gets LED laserlight technology headlights and the same grille featured in the original 3 series.

One noticeable difference however is the removal of the iPerformance lettering/badging from the exterior, which may be seen as an attempt to make BMW’s electric cars more popular to mass consumers. 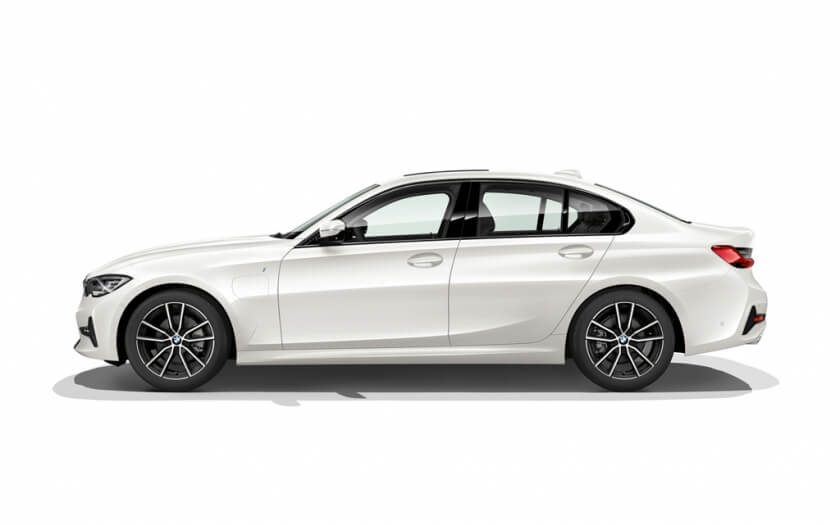 The same can be said for the inside, with the only difference being a miniature blue bar on the dials and an additional button on the infotainment system. As for practicality, the boot capacity is 375 litres. In addition to the interior space, the rear seats can be folded into a 40:20:40 formation to expand space.

Like the previous model, the new 330e uses the same 2.0 litre four cylinder engine and electric motor. Together, they deliver a combined total of 249bhp with a maximum torque of 420Nm. The car also comes with a new “XtraBoost” feature which can only be activated when Sport mode is selected - this feature, when activated, taps into the power stored in the car’s 12kWh battery and adds an extra 41hp for a new grand total of 288bhp. This enables the car to have a 0-62mph time of 6 seconds and can reach a top speed of 143mph.

“The BMW 330e plug-in hybrid is not only cheap to run, it’s also as good to drive as any other 3 series”

As for the all-electric range, the 2019 330e can travel 37 miles on electric power alone, which is a 50 percent increase from the last model according to BMW. By contrast, the old 330e only generated 249bhp, while the new 288bhp 330e comfortably outperforms it in terms of speed and performance. BMW say it is 30% faster than the previous model.

The new 330e has CO2 emissions of 39g/km. This figure places the 330e in the lowest Benefit-in-kind company-car-tax bracket of 13% - both for the current tax year through to 2020 - making it a very appealing option for business users and fleet managers alike. BMW says that the 330e promises a fuel consumption of 138mpg, but this highly depends on how often you charge it. The new car is capable of doing 68mph in electric mode before needing help from the petrol engine.

The BMW 330e gets BMW’s Anticipatory Hybrid Drive set-up, which uses sat nav data to decide when is the best time to use power from the battery. EV mode, for example, will be automatically selected during city driving or when waiting at a red light or stuck in a traffic on the motorway, etc. 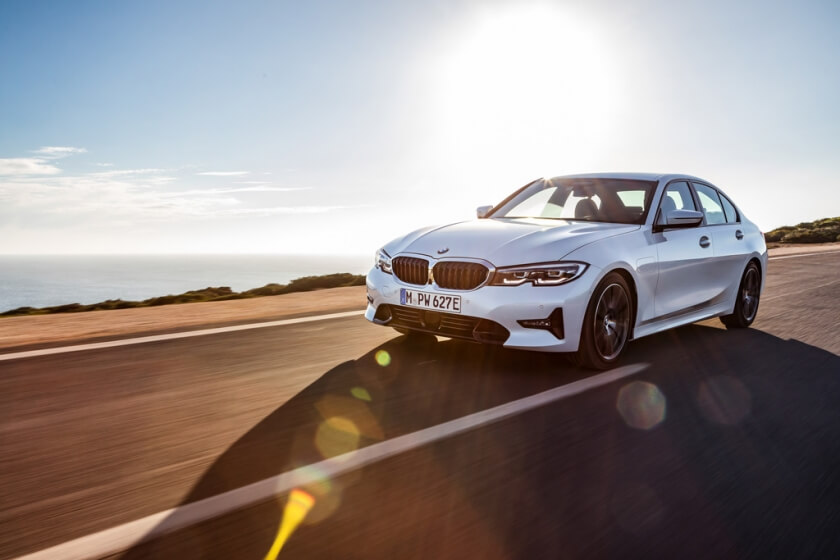 Full specifications are yet to be released, but Parking Assistant will come as standard on the new 330e. The BMW Parking Assistant is one of BMW’s most convenient functions in the 330e, as it enables you to find a suitable parking spot within a matter of seconds. At the push of a button, the assistant will park your car for you. All you need to do is operate the accelerator and the brakes.

The 330e also allows you to remotely pre-condition its interior, meaning you can automatically set a temperature specifically for winter and summer so you don’t feel cold or overheated when you enter your car. An 8.8-inch infotainment system comes as standard across the range, while the upgraded M Sport model will come fitted with a bigger 10.3-inch touchscreen. Among other tech features in the M Sport model, it will come available with M Sport Suspension and Adaptive M suspension. Both the optional suspension systems will work together with the Variable Sport Steering.

Pricing for the new bmw 330e starts at £38,000 and is set to go on sale this summer. Like the 3 series, the BMW 330e will be available in 3 trims, the SE, Sport and M Sport when it goes on sale. A more practical 330e Touring estate model will join the line up in the future. Leasing prices for the new bmw 330e are still yet to be released, but we will notify all of our bmw car leasing customers as soon as they are. If you would like to register your interest for the new bmw 330e with an Account Manger - give us a call on 01273 433 480 or request a callback today.

100 miles in the Mercedes GLB