We took a look at BMW's story and history in a little bit more detail...

The History of BMW

BMW was first founded all the way back in 1916 by Camillo Castiglioni, Franz Josef Popp and Karl Rapp. Their first product was aircraft engines for use in World War I. 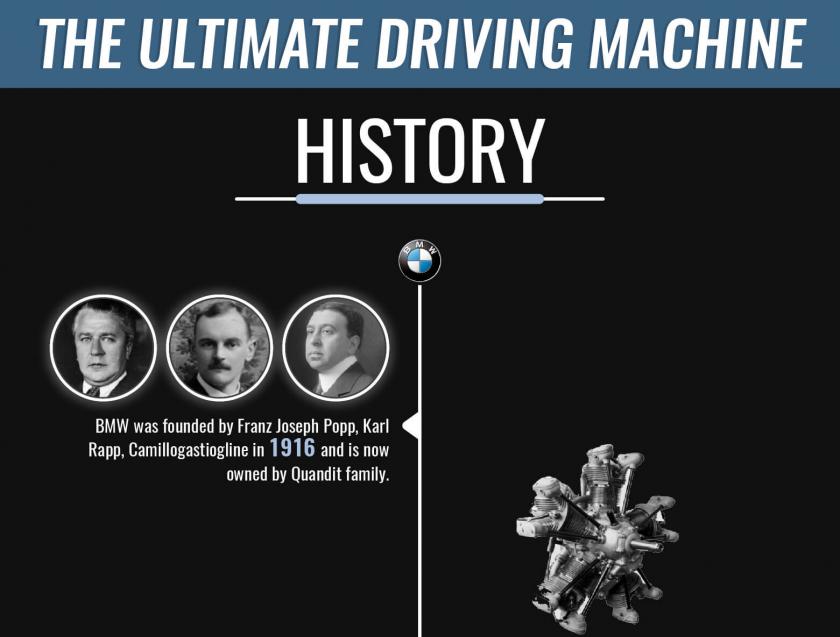 However, since German companies were banned from making planes and engines after World War I, they were forced to try something new. They then started to manufacture motorcycles, with their first motorcycle being the BMW R 32 in 1923. Their first car was a Dixi, rebadged and called a BMW 3/15, which went on sale in 1929 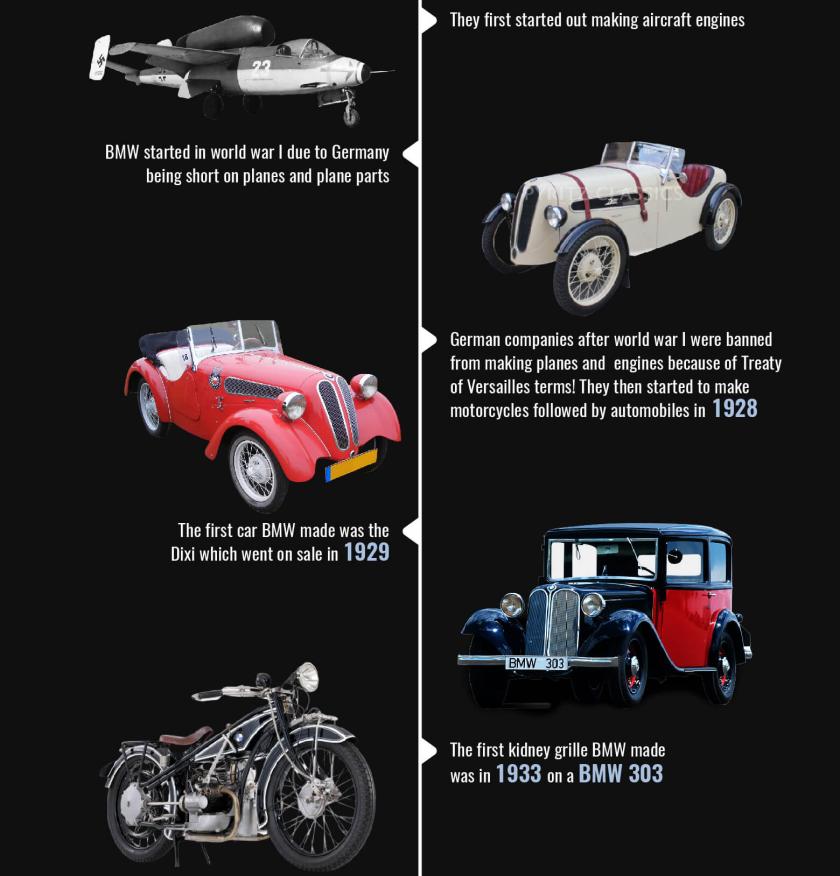 Throughout the 1930's, BMW started to broaden their horizons, and started to manufacture sports cars and luxury cars. BMW's first kidney grille was on a BMW 303 in 1933. BMW managed to create the world's fastest motorcycle in 1937 - it could reach a top speed of 173.7mph!

Due to a lack of sales, BMW almost went bankrupt in 1959, where their rival, Mercedes-Benz, tried to takeover! But, a large investment from Herbert and Harald Quandt allowed the company to survive. 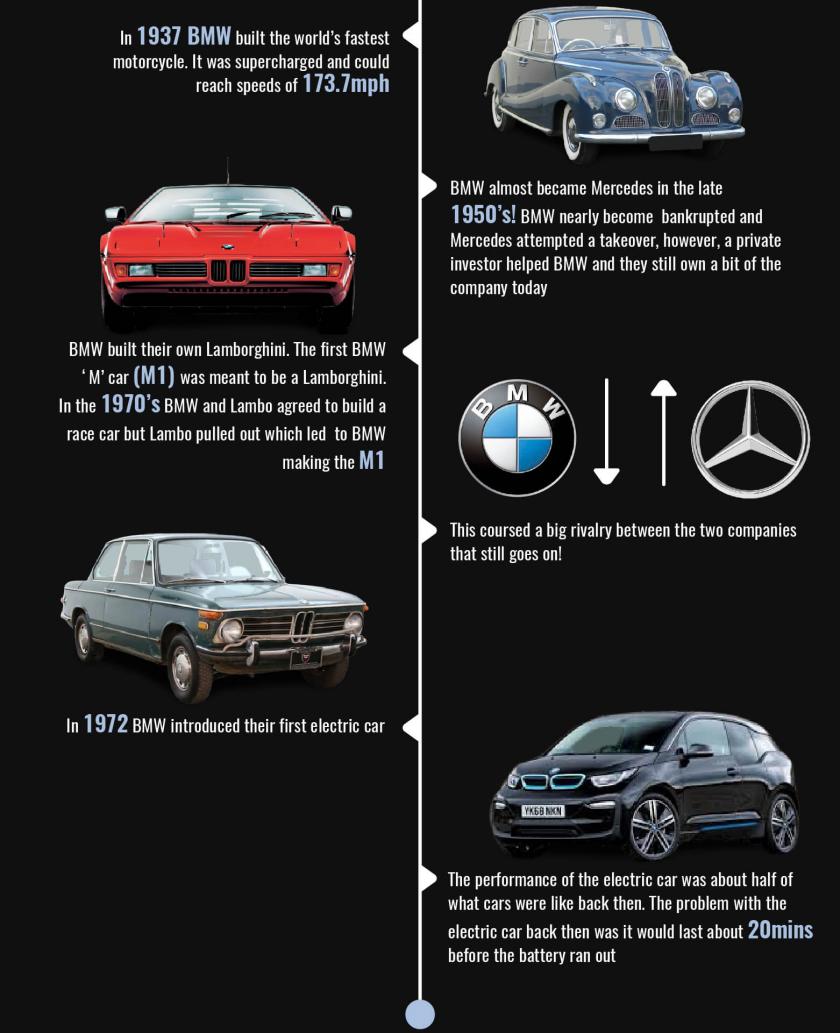 BMW and Lamborghini agreed to make a race car in the 1970's, but Lamborghini pulled out so BMW ended up making the M1 instead - BMW's first 'M' car. Two years later, BMW introducted their first electric car. However, performance was very lacking, and the battery would only last 20 minutes... 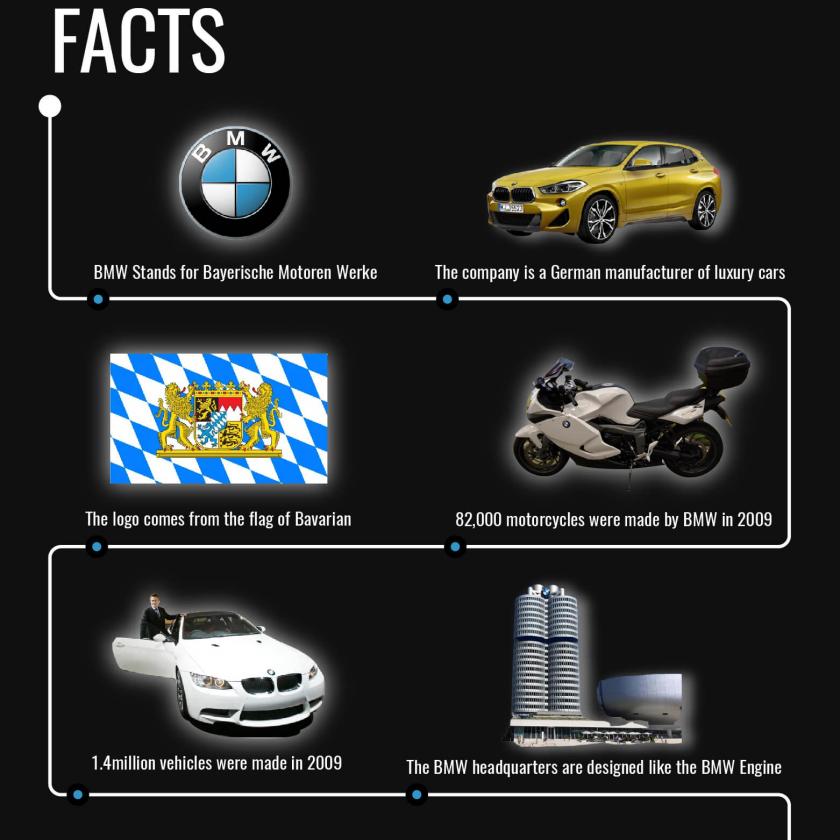 The name BMW stands for Bayerische Motoren Werke, which translates to Bavarian Motor Works. Their logo derives it's blue and white colours from the flag of Bavaria. The BMW Headquarters was designed to mimic a car engine with four cylinders! 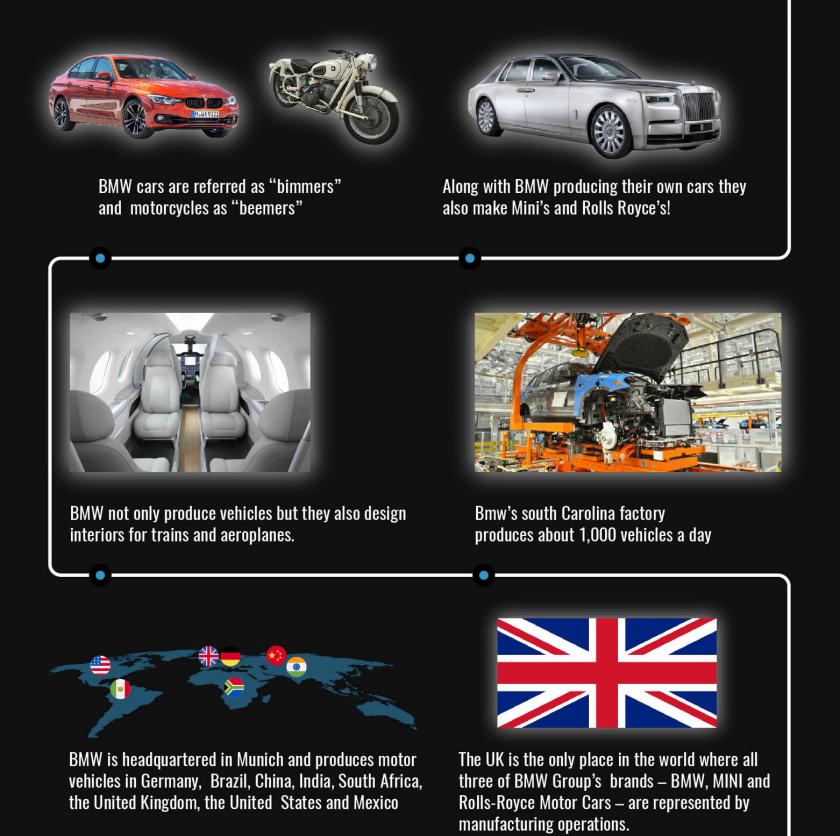 As well as BMW producing their own vehicles, they produce Mini's and Rolls Royce's, but also they design interiors for trains and aeroplanes. BMW's headquarters is locked in Munich, and they produce motor vehicles in Germany, the United Kingdom, the United States, Mexico, Brazil, China, India and South Africa. 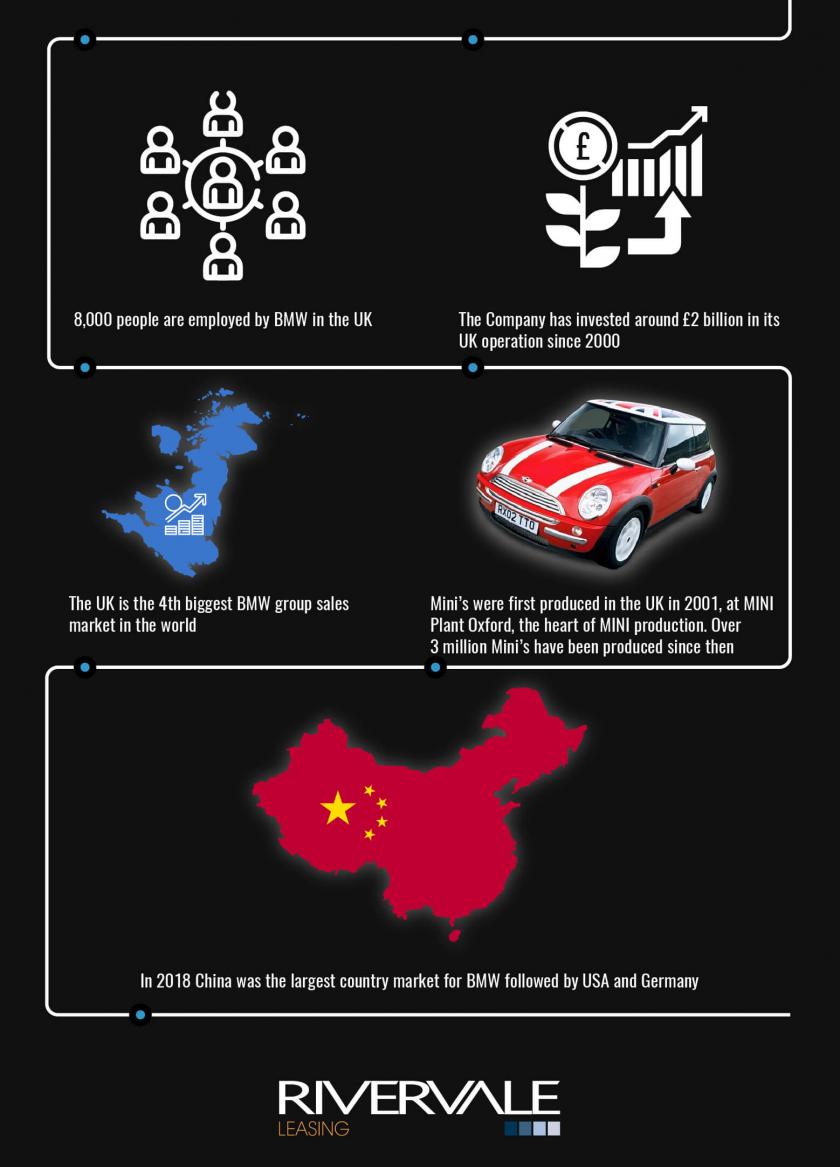 BMW has invested around £2 billion in their operation since 2000. The first MINI's were produced in 2001 in the UK, at MINI Plant Oxford. Over 3 million MINI's have been produced since then. The largest countrymarket for BMW was China in 2018, follow by the United States and Germany.

What is your favourite model in the BMW range?