Using a handheld mobile phone while behind the wheel of your vehicle is a very contentious subject.

It was back in 2016 when the Government declared its mission to put mobile phone driving offences up there with drink driving in order to make clear the risk factor for drivers who continue to use phones while driving.

There has been controversy over what mobile phone use behind the wheel actually is, with divided opinion and grey areas in law suggesting that if its not a phone call you can get away it. If your engine is running, your phone should be nowhere near your hands. This is still the case if your vehicle has start-stop technology.

Moving forward any type of legal loopholes used to enable drivers to escape prosecution for using a mobile for filming or taking photos will be incredibly hard to pursue. At the moment if you are caught using a device without “interactive communication” it could be argued you are driving without due care and attention. This normally a lesser penalty than the six points and £200 fine for mobile phone use. 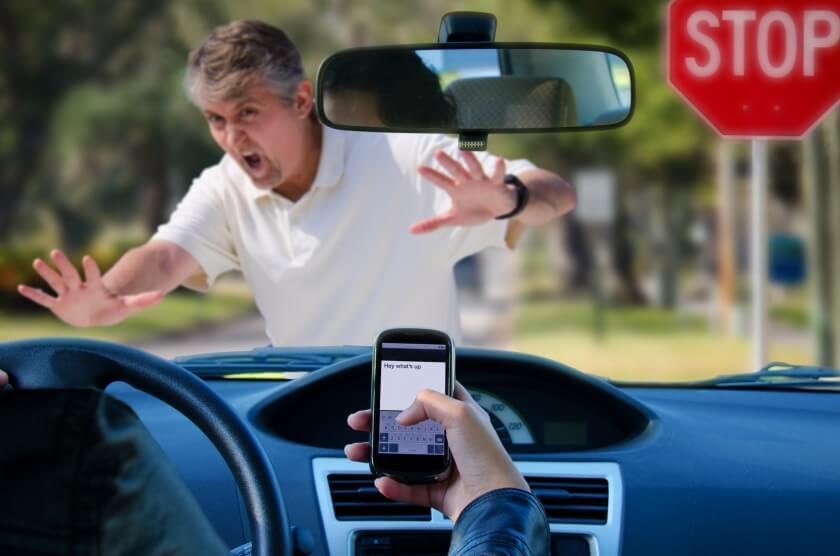 It will soon become illegal to touch your phone for any reason while behind the wheel, so whether it’s changing the song on your playlist, sorting your sat nav app, or dialling a number the penalty will be the same.

If you are using a hands-free device make sure it is fully set up before you drive, so you can take calls without handling the device at all.

The police have the power to stop you if they think you have been distracted by using a mobile phone while driving in anyway.

Can I lose my licence for using a phone?

If you are a new driver (someone who has held a licence for less than two years) and are caught using a hand-held device behind the wheel, you will lose your licence. Drivers are only allowed to clock up six penalty points in their first two years of driving, 12 are allowed after this probationary period. However if you are a more experienced driver and receive two mobile phone incidents under the new law within a 3 year period you will also lose your licence.

If the police feel your use of a mobile phone behind the wheel is a particularly extreme case, you could be taken to court. The maximum fine is £2,000, and guilty drivers could face disqualification.

Drivers involved in an accident that was caused by using a hand-held device behind the wheel face stiff penalties too. The government is considering increasing the penalty for causing death by dangerous or careless driving from 14 years to life imprisonment with a two-year obligatory driving ban.

Stay safe and use some best practice advise.

Rivervale’s Top Tips on Mobile Phone Use While Driving: