The new A Class is the most technologically advanced compact car ever released by Mercedes-Benz and it is now available to order ...

The new A Class was revealed at the Geneva Motor Show with many features from the S Class creating a luxurious feel and cutting edge technology making this the most advanced A Class yet.

The A class has a new look, a more sharply sloping bonnet. Larger wheel arches and a wider rear end create a more sporty look. Aerodynamics are also improved with a class leading drag coefficient of 0.25.

The A Class has become larger with overall length increased by 120mm, width expanded by 16mm and the height extended by 2mm.

Interior Features and Technology in the A Class

As the overall size of the A Class has increased, occupants can expect more knee, shoulder and headroom. The boot has also expanded by 29 litres with a wider opening for easy loading. The dashboard features new turbine style air vents and seats can be upgraded to include a massage feature. 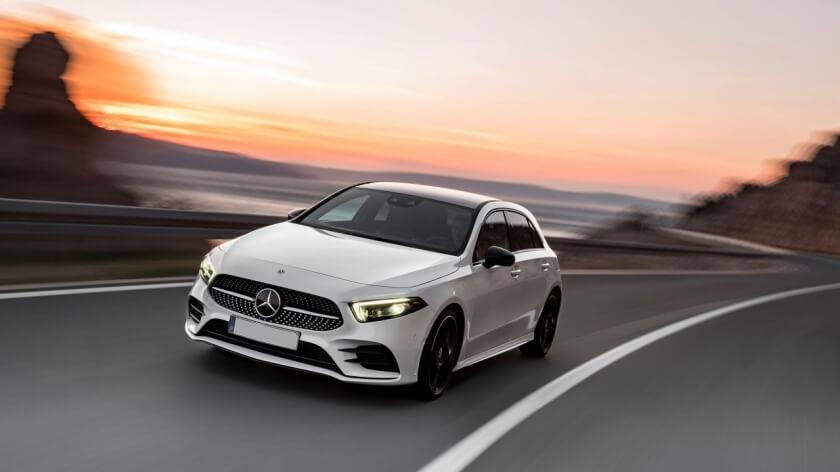 However, the most impressive improvement to the interior is Mercedes-Benz new latest generation infotainment system which has filtered down from the S Class and will come as standard with every A Class. This system is called the Mercedes-Benz User Experience (MBUX). It consists of two 7" floating screens. 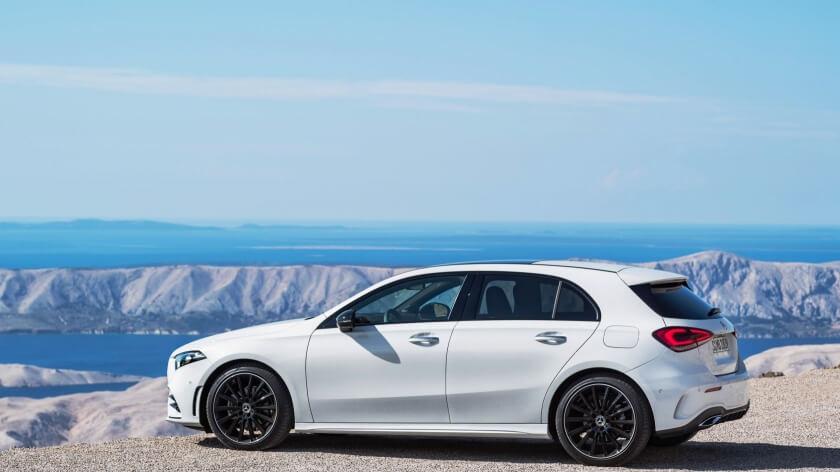 There are several ways to control this system, by touch screen, touchpad, touch sensitive controls on the steering wheel or voice control. The voice control feature has been updated to recognise and respond to a much more conversational sentence rather than a precise instruction. Attention of the MBUX can now be sought by using a phrase such as 'Hey Mercedes' and phrases such as 'I am cold' will elicit a response rather than a precise 'turn the heating to 20 degrees'. 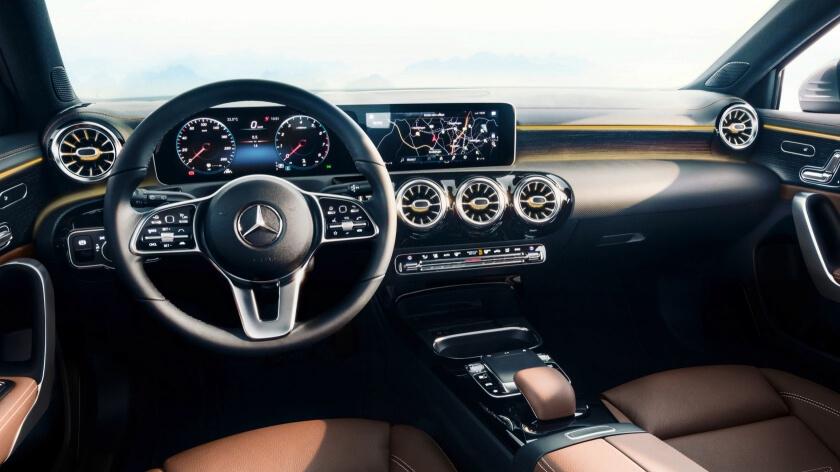 The MBUX will also be capable of being tailored to many different drivers, displaying their individual preferences and learning routines via artificial intelligence. For example, if you always call a certain person at a certain time, the A Class will prepare this action and ask you if you would like to go ahead with the call. If you listen to the same radio station, this will be selected ready for you to approve. If you drive to the same location repeatedly, the sat nav will load this location in the background, so that when the driver confirms it all route information is immediately available. 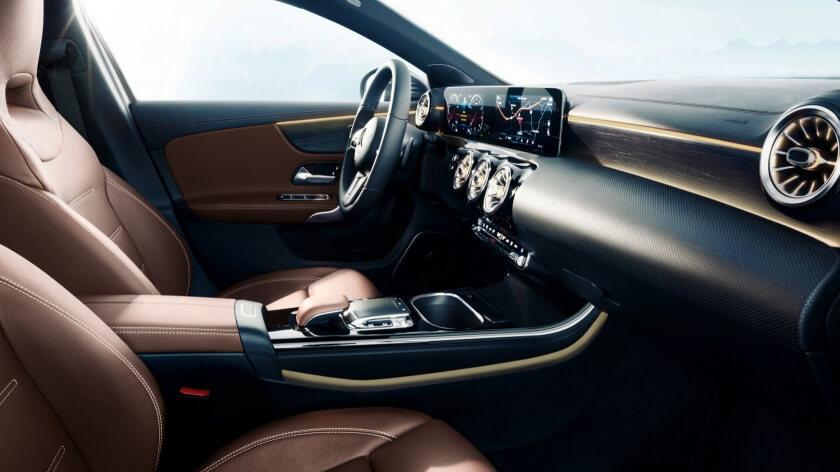 The A Class takes another technological step forwards by including Augmented Reality Navigation. This system can superimpose navigation information on top of a real live image that has been taken by the front camera.

The Mercedes Me app will be available to all A class owners, features of this have been updated to include extra sat nav features and a simple way to book your Mercedes in for a service remotely. 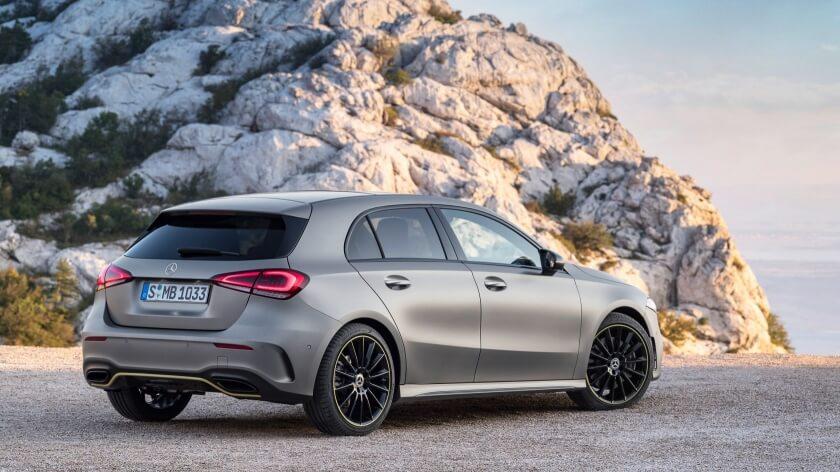 Driver aids have also had an update with the A Class now able to drive semi-autonomously in certain situations. This feature was first seen in the S class and uses an Active Distance Assist Distronic system to maintain a set distance from the vehicle ahead and steering is supported even through curves on the road. The satellite navigation system is then used to reduce speed in response to approaching bends or roundabouts.

There are four engines available to choose from. Two are standard petrol, there's one diesel and the A250 performance engine. 4MATIC four wheel drive is going to be offered as well as a choice of two suspension systems and optional active damping control.

The usual Mercedes-Benz trim lines of SE, Sport and AMG Line are available as well as the optional Executive, Premium and Premium Plus equipment lines to add further features to your A Class.

What do you think of the new Mercedes-Benz A Class?